How to set up custom controls - Pan using Mouse 4 + MMB

I would like to change my user preferences to pan the 3D view using Mouse 4 button + Middle Mouse Button and dragging it. This is the same as SHIFT+MMB. I would like to use Mouse 4 instead of shift.

I am using a Logitech G5 mouse which has 2 extra buttons on the side and I would like to use them. The buttons are recognised in Blender, that's not the problem. In Blender it is referred to as Button 4.

I have saved my settings as default and am using a custom preset.
Am I missing something?

edit: I am using a new custom preset. Besides this new entry, everything else is set to default. 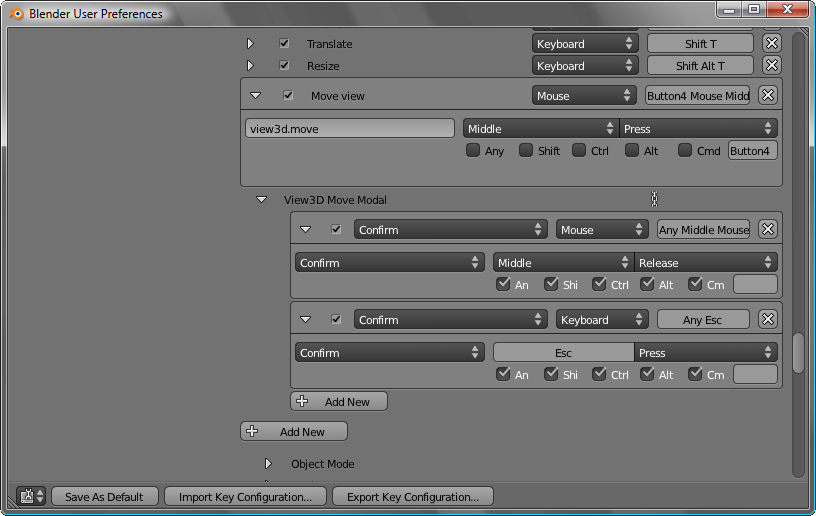 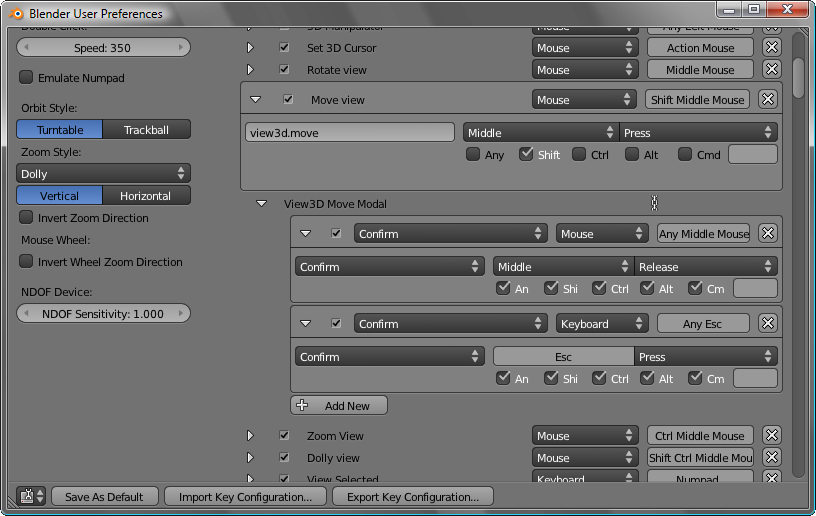 note that the shortcut says "Button4 Mouse Middle" as opposed to "Middle Mouse". I don't know why. This might have something to do with it. Or as mentioned in the comments, maybe Blender does not support mouse buttons as modifiers.

As far as I know, you can't use a mouse button as a key modifier, but only keyboard keys. (I don't know how you have set up "Button4" in the input)

"Button4" is only available in the drop-down list of mouse buttons : 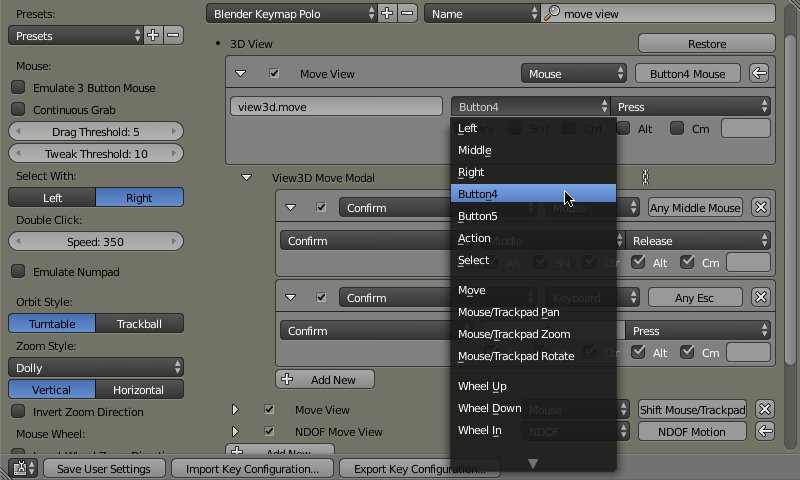 1
switching between wacom and mouse
1
How do I close the User Preferences window when it is not opened by the window manager?
3
Cinema 4D style navigation
3
Blender 2.8, how to add a new shortcut
3
Maya viewport navigation in 2.80?
5
No Restore button for a custom shortcut
1
Grease Pencil - Can't move 3d cursor with pen tablet, can't specify new hotkey