I'm making an armchair and I already did the body. When I UV unwrapped it and textured it, this was the result: 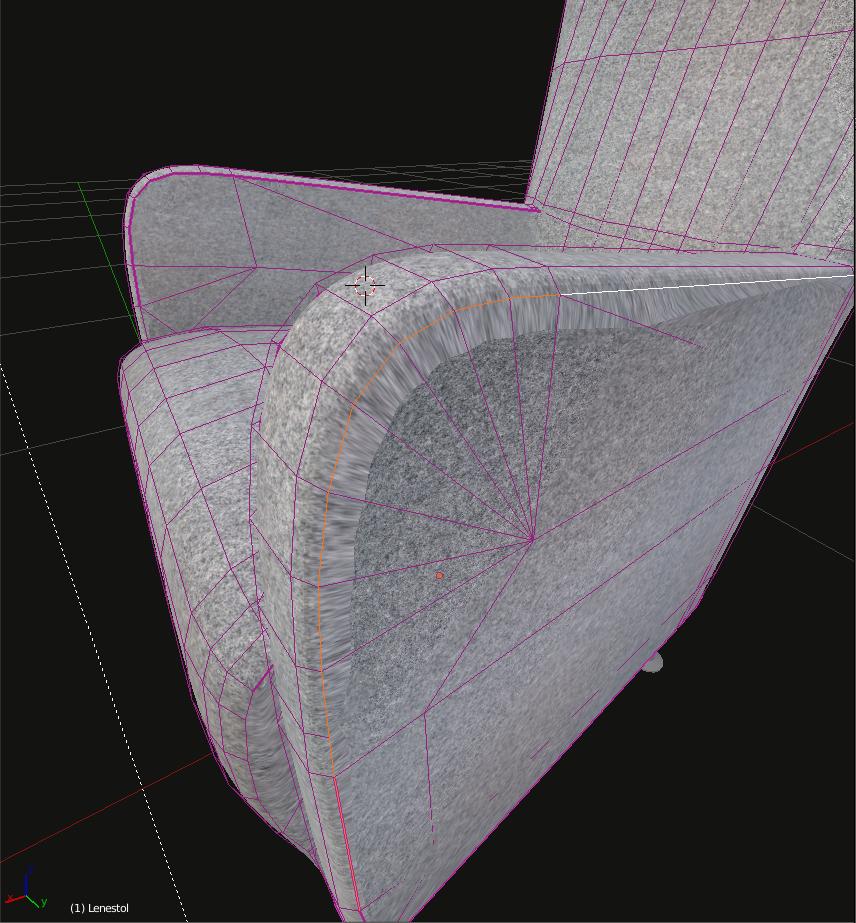 Here you can see the arm of the armchair. The top of the arm and the visible side have been UV unwrapped separately (this was intentional), the selected edges mark where the UV-unwrapped mesh was separated. The problem is, which you can see in the picture, that this separation has been stretched far too much towards the side. This is caused by the subsurf, since there's no problem with the model when subsurf is turned off, as seen in the picture: 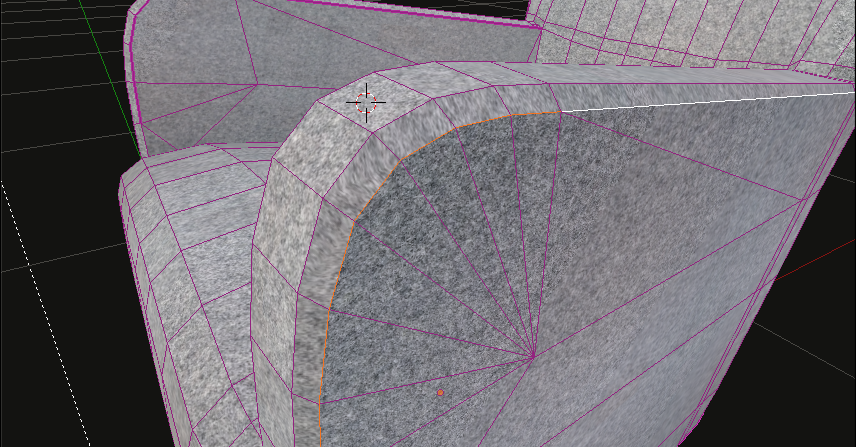 One solution which will possibly reduce this effect is making more faces on the side close to the separation, like this (shown in red): 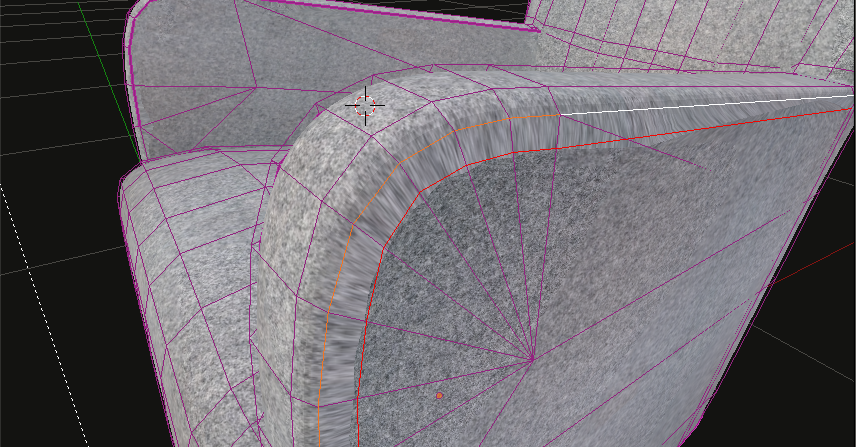 Even this will only be reduce the stretching instead of completely solve it. I haven't tried this yet because of the time I would have to spend re-moddeling, re-unwrapping and re-texturing, which you probably know consumes a lot of time. If you'd like, you can download the model here, I would also appreciate other tips on how I can make the armchair even better.

So can the stretching be fixed in some other way, rather than re-moddeling?

While you have Subsurf Modifier on your model, hit U button and select Unwrap from the menu, then hit F6 button to bring Unwrap menu or in the Unwrap operator panel select Use Subsurf Modifier 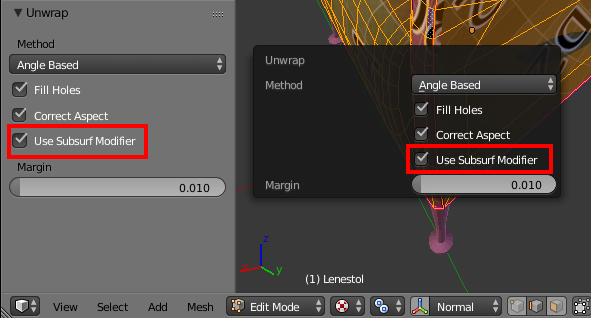 Not the answer you're looking for? Browse other questions tagged texturing uv modifiers or ask your own question.

0
Am I unwrapping right?

1
removed duplicated points, texture completely warped
3
UV Unwrap stretched
1
Parts of my UV do not want to render
0
Boolean difference modifier creating artefacts
0
UV Unwrapped Blender texture image is either rotated or stretched, cannot get it to be straight and not stretched
1
Having an issue with textures and UV mapping