How to render just one scene?

I have a blender project with 4 separate scenes which get combined in the compositor. Three of them are quite simple and mostly finished, while I am still working on the main one. However, every time I hit F12 or press the render active scene button it re-renders all 4 scenes, which is a waste of time. Additionally, each scene must be rendered at a different frame, which for some reason I seem to have to re-tell it every time I render, which makes having to render every scene every time an even bigger pain. So is there a way that I can just render one scene? 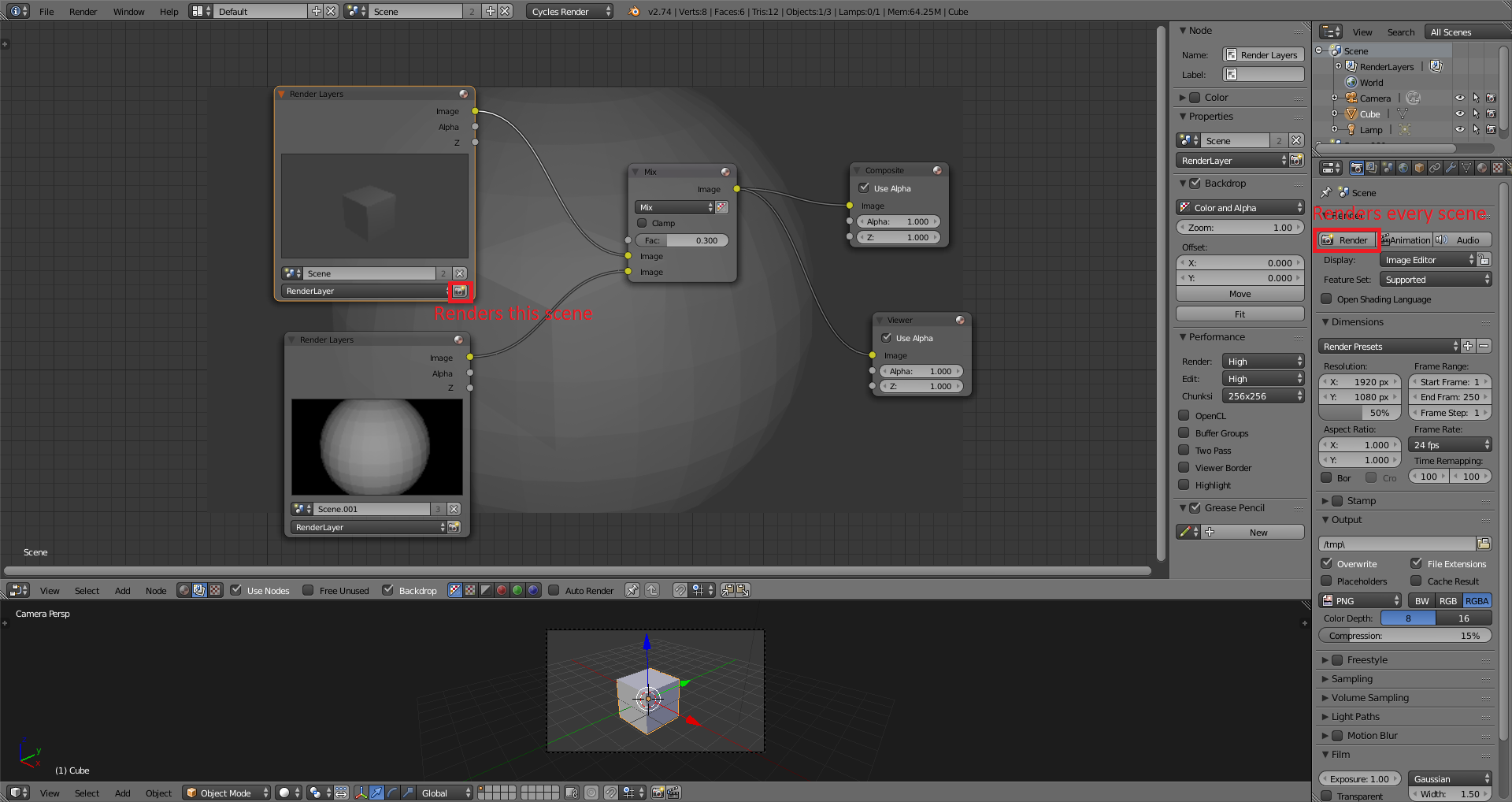 Does the scene you are currently rendering have compositor nodes? If so: rendering that scene requires it to render all the compositor inputs. You can deactivate the compositing step by unchecking the Compositing checkbox in the Scene > Post Processing properties.

You might also consider creating an entirely separate scene for the compositing, then render the other 4 scenes to stills. Use the stills as input to the compositor instead of scenes. This might speed up the workflow as you are tuning the compositing.

Not the answer you're looking for? Browse other questions tagged rendering scene render-layers or ask your own question.

7
Video Editing Workflow: Use a separate scene for VSE?
8
Rendering Cycles and Internal in the same scene without compositing
1
How can I render different scenes at different frames?
2
Composite two scenes for only a short period?
6
How to render multiple scenes at once, composite, and save as ONE file in Blender 2.8?
1
How to render some of view layers only (instead of single or all of them)
0
How to disable Background layer rendering?