Does rigid body physics support rotations? I would expect this thing to start to during a free fall rotate due to its non-symmetrical mass distribution which would give a larger torque on the left. However all I get is a translation downwards. 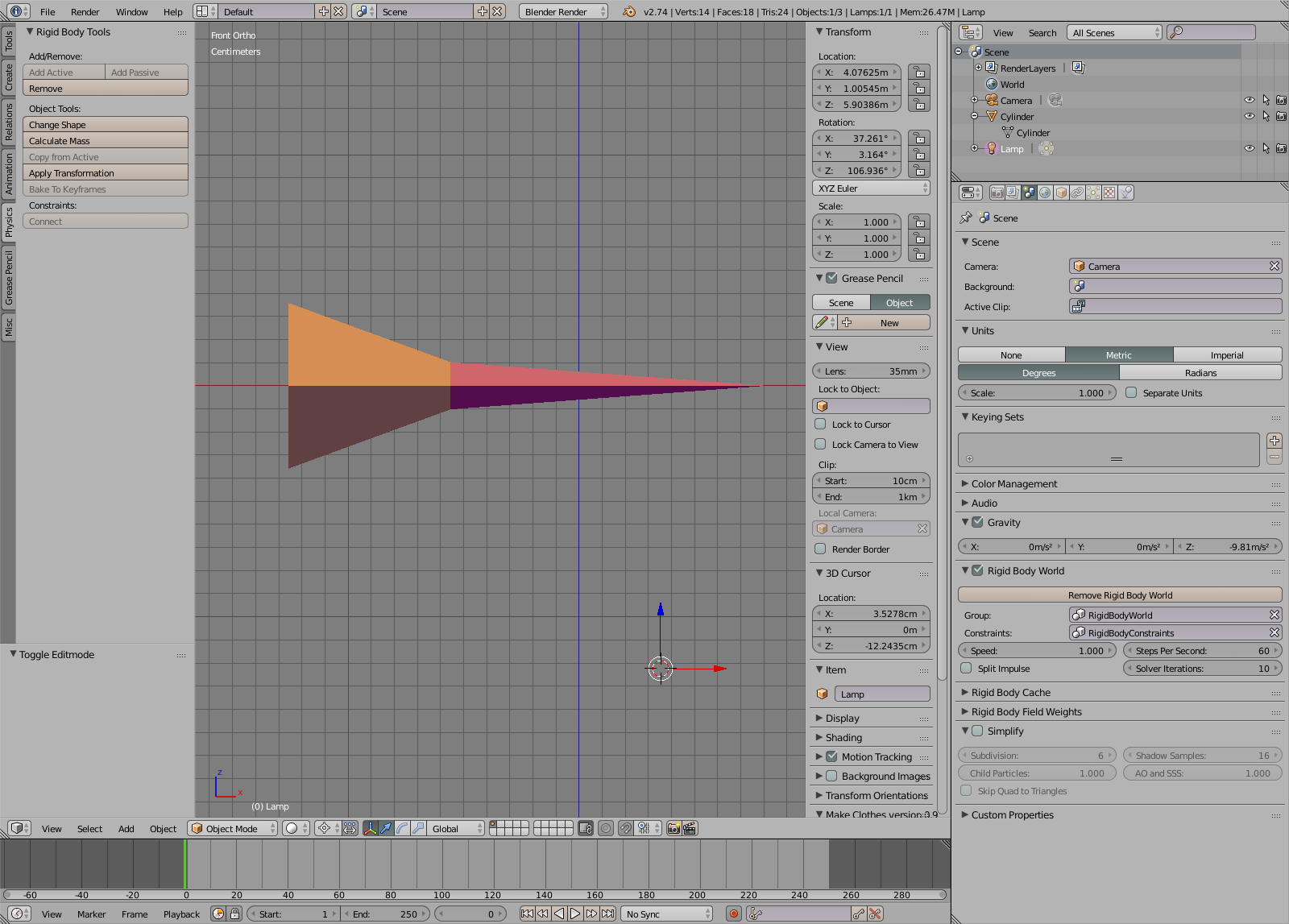 If you neglect air drag and other forces, basic mechanics tells you that there is no net torque due to the weight of the object.

Edit: An example can be this: Imagine a point mass m attached via a massless bar to a point mass 2m. Assume that the bara is 1 meter long. Then the center of mass will be 1/3 meters from the heavier mass.

Now the gravitational force acting on the two masses is mg and 2mg, respectively. 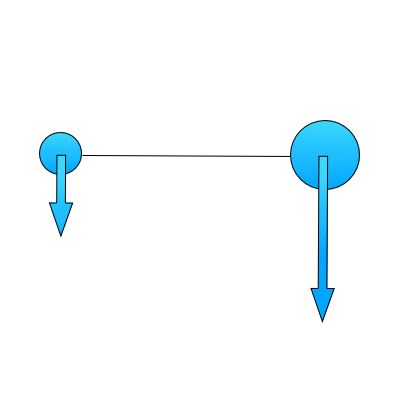 The torque due to gravity around the center of mass from the left mass is mg*(2/3 meters), where 2/3 meters is the distance from the mass to the center of gravity. This torque tries to rotate the bar counter clockwise. Now the torque from the gravity force acting on the heaver mass is 2mg*(1/3 meters) = mg*(2/3 meters), but this torque tries to rotate the bar clockwise. Hence they two torques exactly cancels and there will be no rotation.

This can be proven also in the general case which is done in most beginners university courses on classical mechanics.

Here is an example for working around the "center-of-mass only" forces on rigid bodies:

0
How to decelerate a spinning object?