Following the WWDC15 Apple mentioned the supported formats and even went as far as to emphasise the specific file format Alembic (.abc) which is the most modern of the formats listed below: 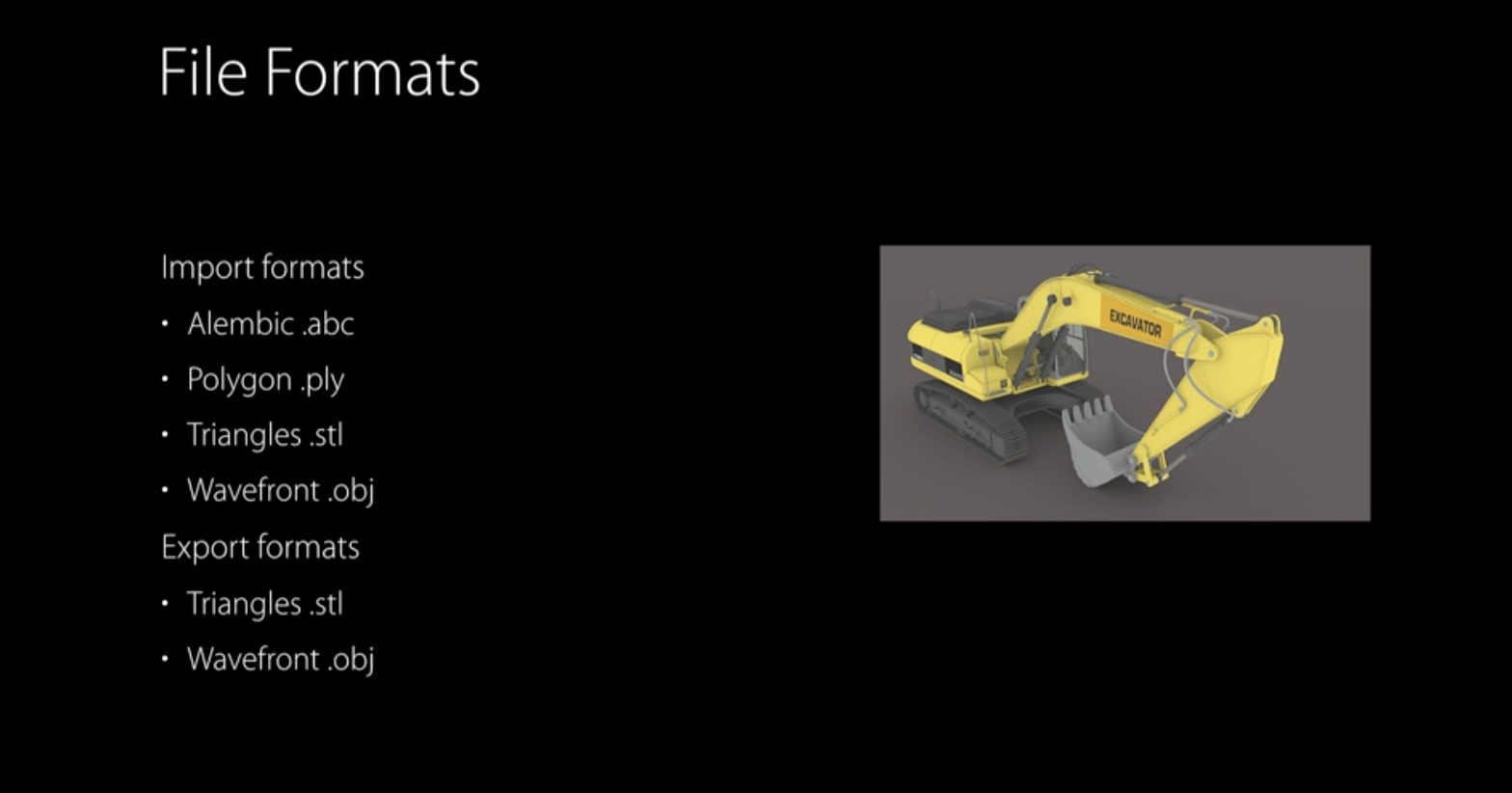 What are the advantages of this over COLLADA/OBJ? Is it something that blender can/will support? is it worth it?

(Hope this is the right place to ask this question)

In a recent developer meeting (2015-06-14), Ton mentions alembic as a possible addition in 2.76. Lukas Toenne has been working on adding alembic to blender for some time, you can checkout a copy of the alembic development branch and build your own copy of blender if you want to help test.

So yes you should expect alembic support in blender, later this year would be a good bet.

As alembic was developed by Sony Imageworks and LucasFilm to handle transferring data in a commercial film production, you can expect it to be well supported and tested. With two big names attached to it you will find other film studios willing to make use of it, making a common industry format that will most likely be widely used in the future.

With alembic being a recent project it has the benefit of looking back on the 10-20 years experience of using obj and collada and designing around the issues that have existed before.

According to Ton Roosendaal, head of the Blender Foundation, Alembic plays a vital part in the current Gooseberry project pipeline. here's a related reddit discussion Basic export of Alembic seems to work since 2013.

But then it's still to check whether the Blender-flavored .abc files play nice with XCode.

Alembic was introduced to transfer animated mesh deformations and camera translations from animation and simulation suites to rendering tools.

I overheard on twitter: Work is in progress to base many of Blenders chaching on the open source alembic library.

Not the answer you're looking for? Browse other questions tagged export file-format or ask your own question.

5
Blender to autocad
4
How to export a scene with Shape Keys Animation?
11
Blender for CNC, what to export to?
2
How to import in a scene from FormZ?
4
Blender 2.79b Alembic (abc) export
1
Blender v2.8 error: file export from new plugin