I use Linux Mint, and unfortunately, I can't use a lot of the Node Wrangler shortcuts because they conflict with the Operating System shortcuts. For example, I can't use Lazy Mix because it moves the window instead. I went inside the Node Wrangler source code and tried to change it to a differnt short cut (which kind of works...) but I still have to release the right mouse button and such. Can anybody explain how to get around this OR what each of these parameters represent in the Node Wrangler addon?:

Edit: If I can do what gandalf3 suggested in the comments, that would work too.

What I ended up doing was going into the Windows settings and changing the "Special key to move and resize windows" to Super (the windows button) instead of Alt. 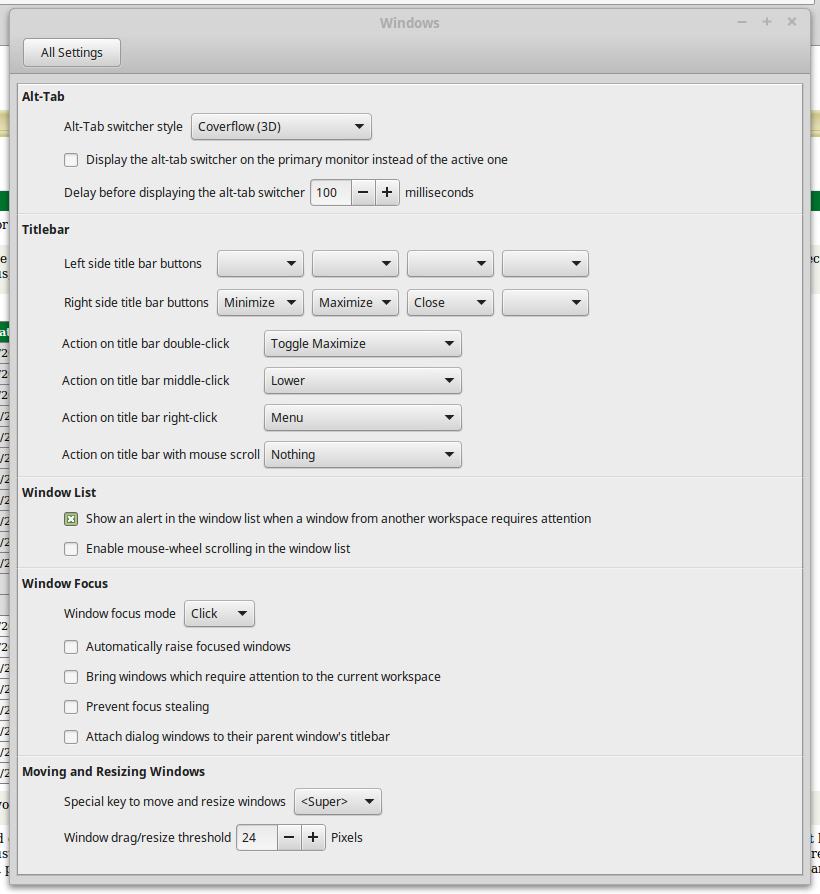 Not the answer you're looking for? Browse other questions tagged python interface add-on linux or ask your own question.