How to get correct results when baking a fluid simulation

I have a student who is trying to bake her fluid, but it won't do it correctly. Below are the steps she told me she takes when she does it. I have no idea on how to fix it and I have been trying for days. Any help would be appreciated. I also included screen shots of what she does.

"Before I bake, I assign the larger icosphere as the domain, and the cube to the fluid and the other objects as obstacles. When I bake it, the fluid moves up to its starting point at the square like it's supposed to. After that, however, when the fluid falls, it passes through the objects marked as obstacles and lands as if it were landing inside a large rectangular prism, or some of it gets suspended in midair. (the pictures show it)" 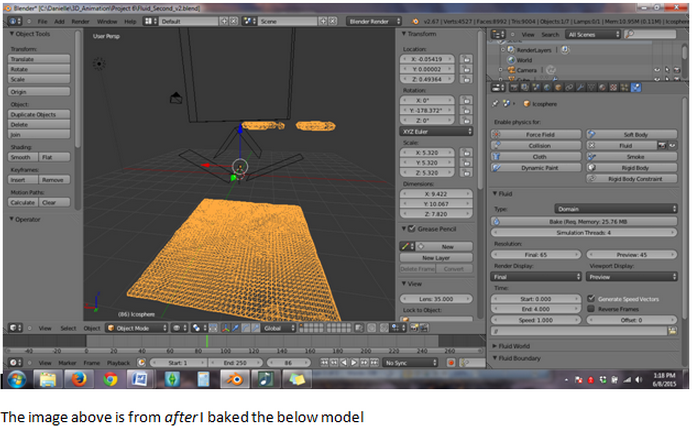 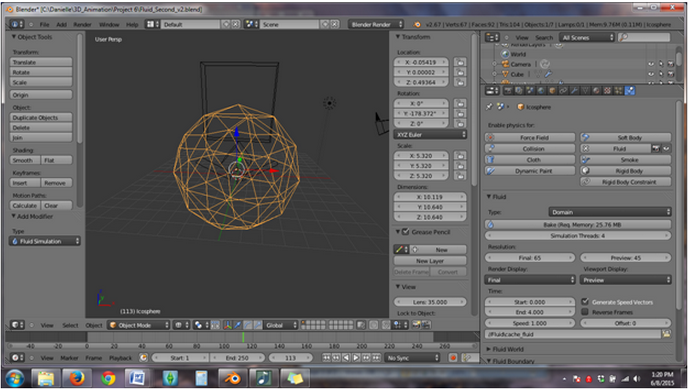 There are several issues: