How to bridge edge loops with a twist of .5?

I'm trying to make a 3D model of a twist-cut torus, like this one:

The current version of the model costs about $50 in Shapeways. I'm trying to get that down by cutting both of the half-tori into two hollow pieces, so 4 pieces total. Then I would make them tight fitting so I can assemble it later. 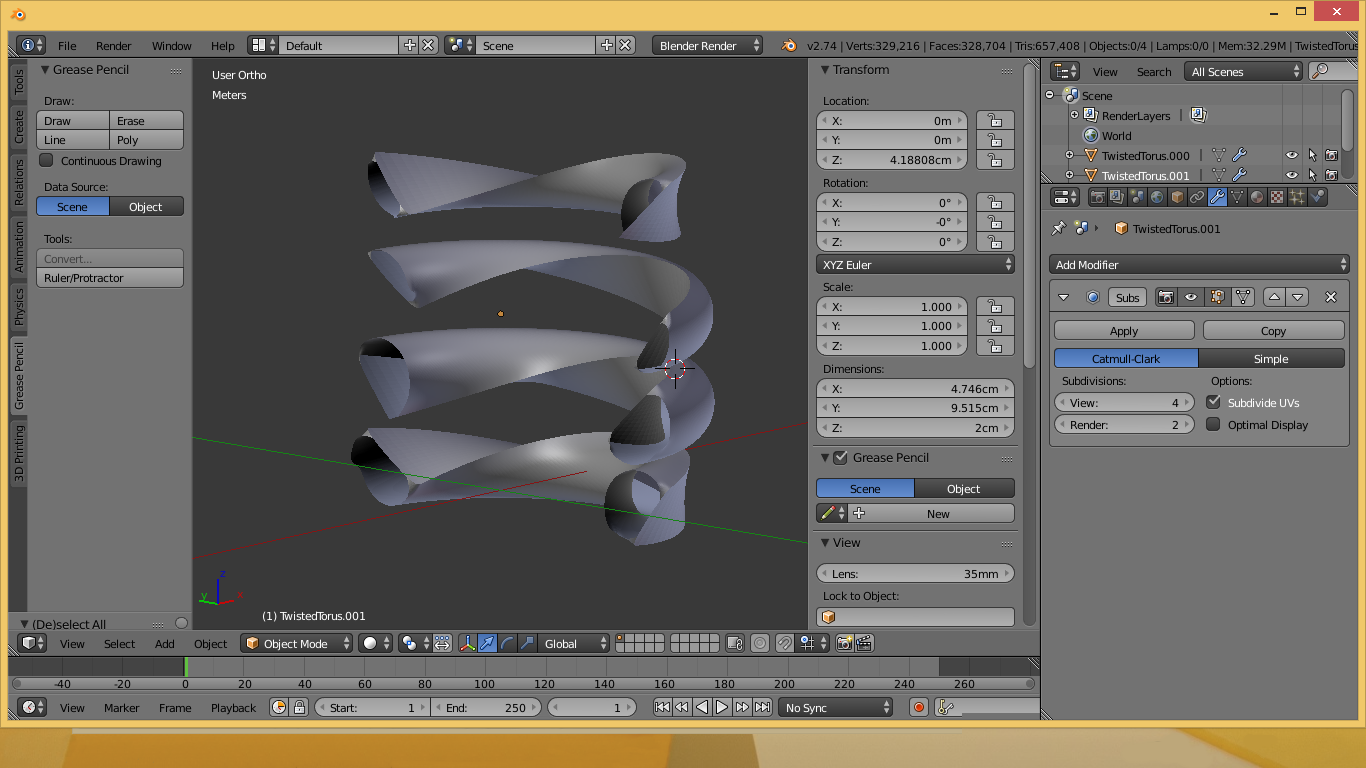 The problem is that the 'Bridge Edge Loops' -tool pairs the vertices up wrong, 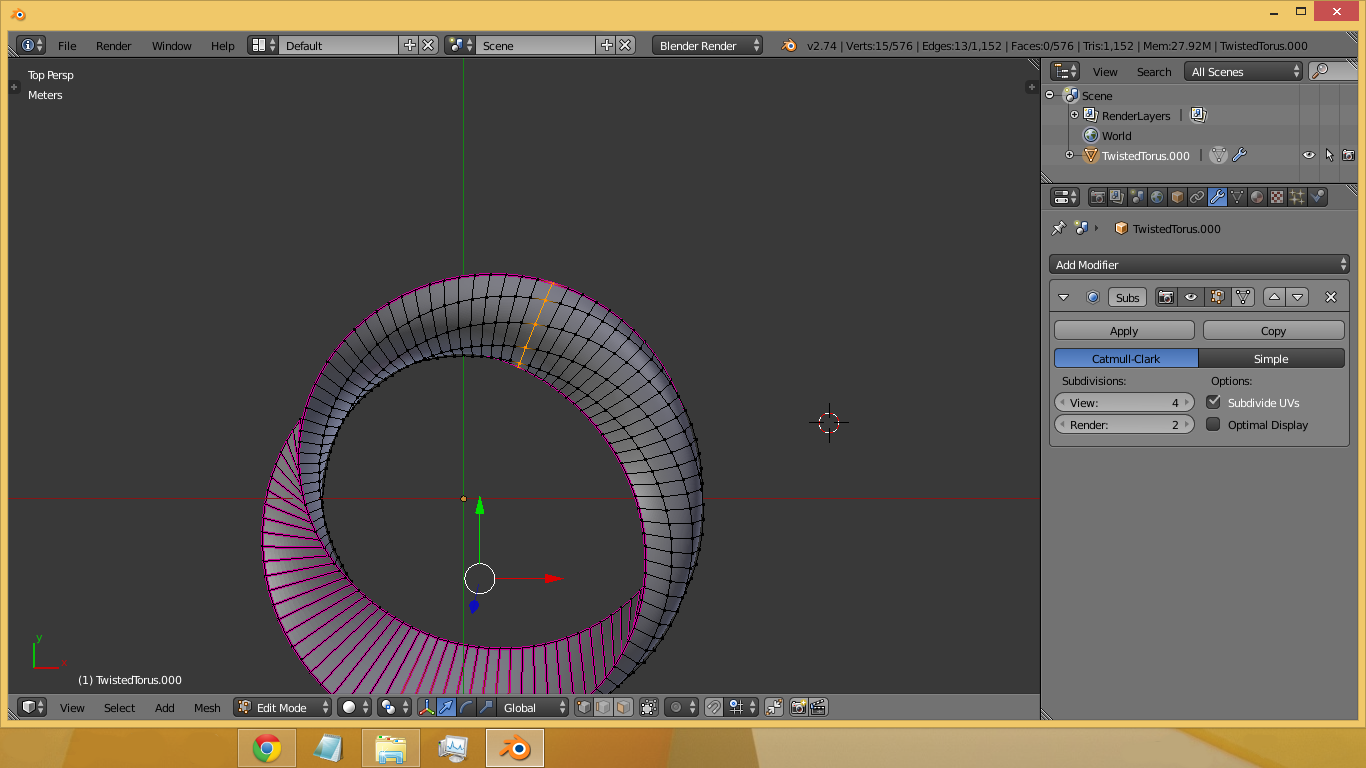 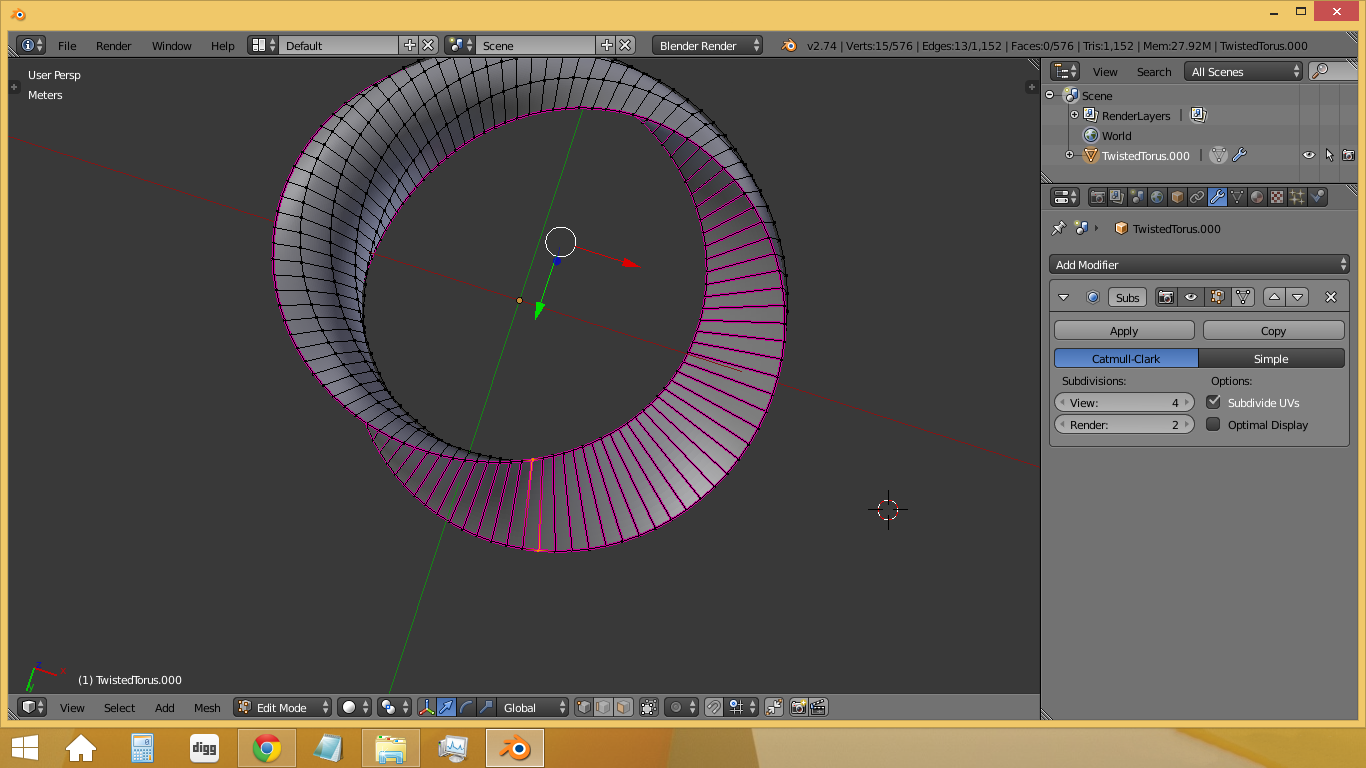 and I can't cut the tori straight: 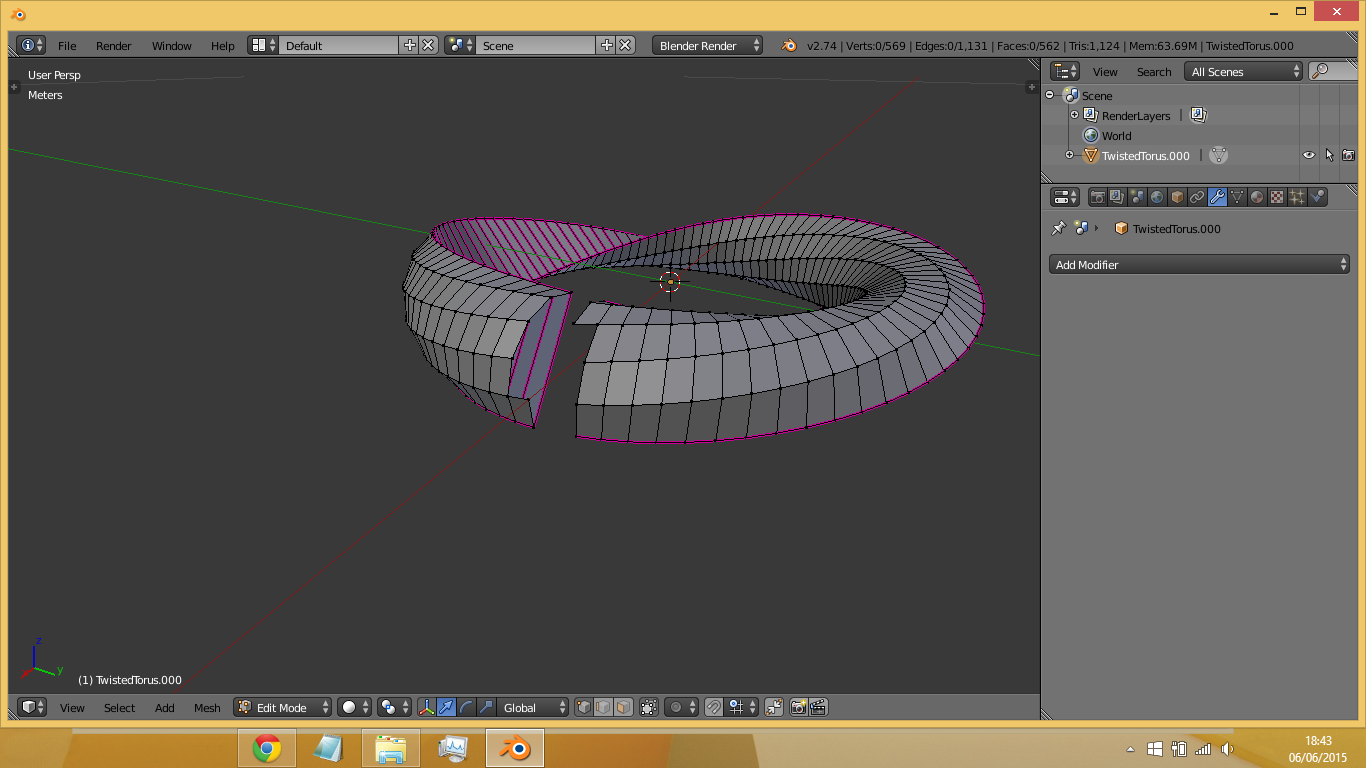 How would I go about making this possible?

It just so happens I modeled a Mobius strip a little while back, and I'm sure the technique I used can address your case as well. 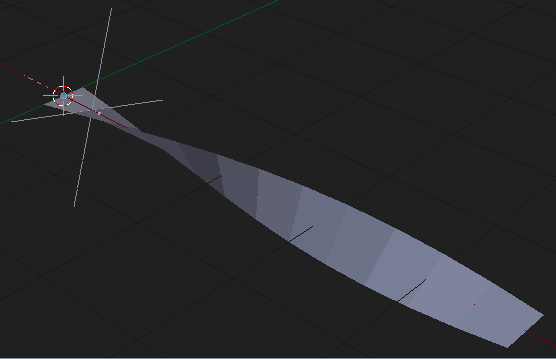 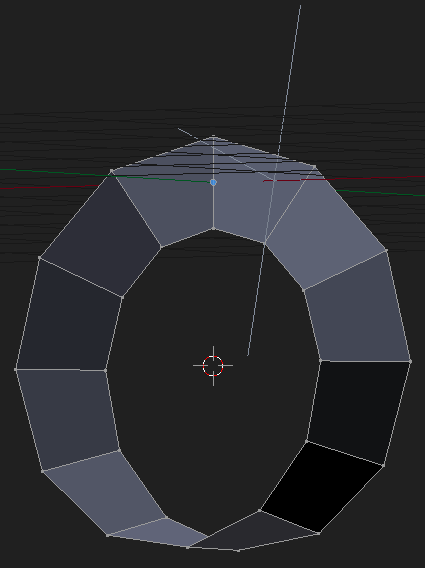 Another way to to this would be to use the Curve Modifier, but it won't give you an evenly incremented twist like this technique does.

For anyone creating a (Mobius strip like) twist where the normals oppose each other where they meet, there is the additional challenge of how to merge these, which I will briefly address. Here, the vertices at the edge where the normals are opposite have been ripped with pressing V. 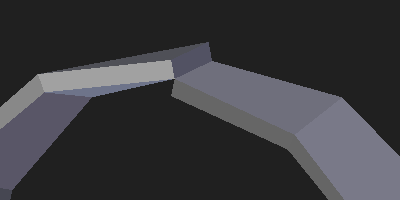 Halving the Solidify Modifier's Thickness value, then duplicating the object and making the value negative on the duplicate is one way to fix this. Then you can apply the Modifiers, join the two objects, and merge the vertices at the seam. After that, additional clean-up of of the mesh, such as the deletion of internal faces may also be necessary.

Once the two objects have been joined, and vertices welded, here is the final result: 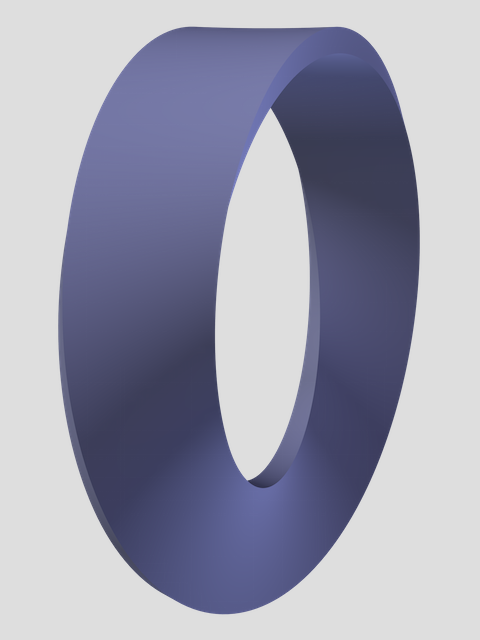 I did this shape other way. Hope it would be interesting at least for practice. 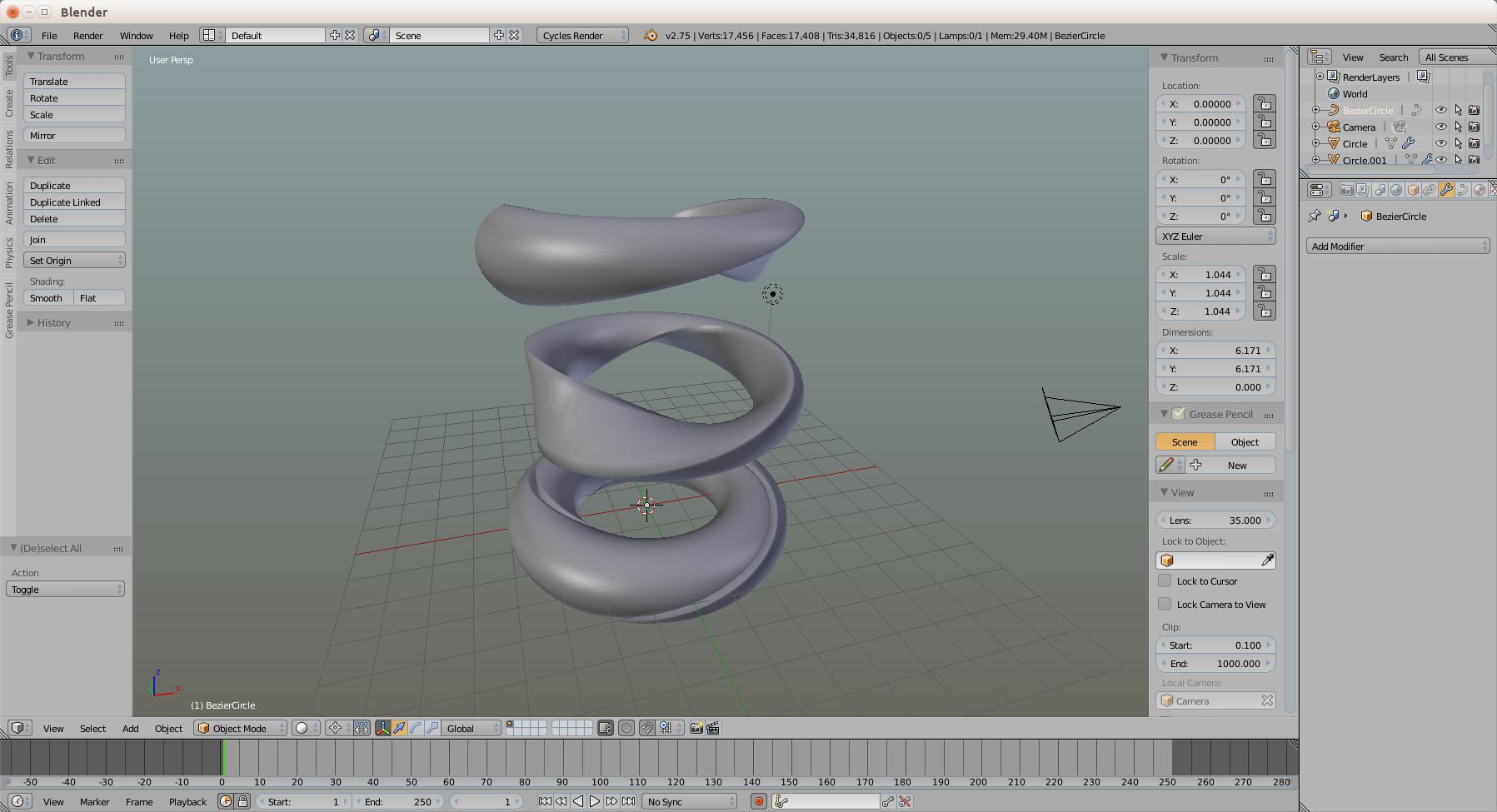 The trick with 3/4 was done just because I didn't find how to divide bezier loop in vertex without loosing shape.

Not the answer you're looking for? Browse other questions tagged edges topology geometry 3d-printing or ask your own question.

8
The best way to do twist-like bridge?
4
How to make a mobius strip?
4
Wrap Geometry Around Mobius Strip