Why does subsurf modifier cause weird deformation at the end of a cylinder?

My problem is simple. I think that the strange deformations on the top are there because there are so many vertices in one face. How do I fix this while maintaining nice topology?

Although I triangulated the top polygon, the problem still persists. 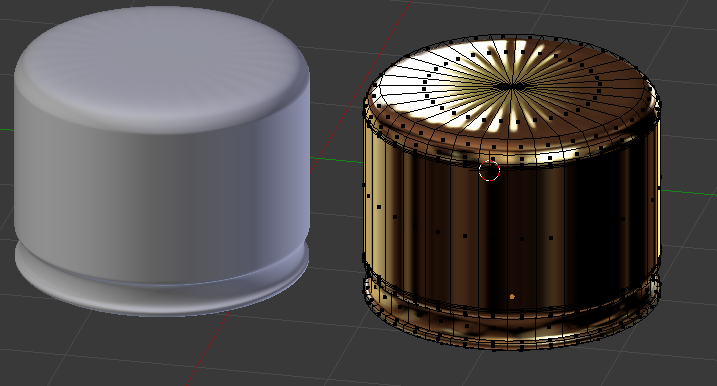 Not to get too technical, this is because there is no supporting geometry at the edges where the vertices transition into the larger face (the ngon) and the subsurf modifier will stretch these (for lack of better words) giving the bumpy look.

Just select the top ring, hit E and scale it in a bit to the center. 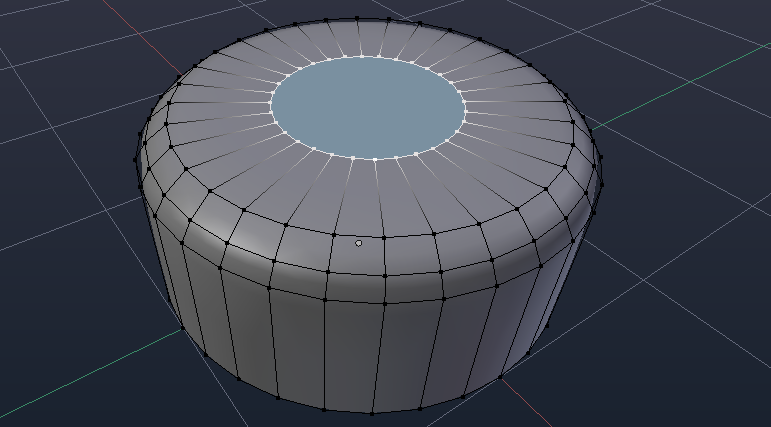 Select the top edge ring or the top face (the ngon) and hit AltP. You still need to add supporting geometry or the problem will persist. An edge loop near the top edge ring should suffice. It's a flat hard surface so merging to tris should be fine. 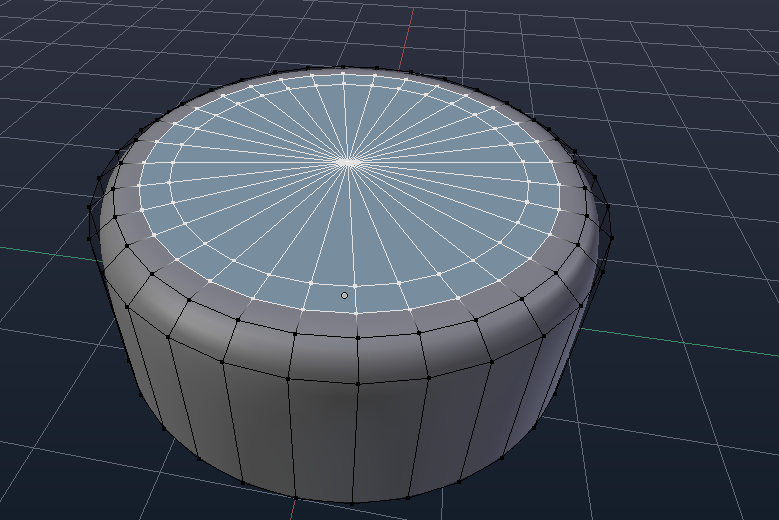 Rule of successful subsurfing: surround corners with a row of faces on each side (like the green cylinder) so you always have one line of faces that connects to the flat part at 180°. That way you disconnect the subsurf from spreading too far.

The subsurf won't change a vertex's height if this vertex lies on a plane with all verts of all faces it is connected to. And then it doesn't matter how you fill the flat part, be it Ngon, Triangle Fan or a map of Louisiana.

At least almost. All the inner verts will keep their height, but they are still moved in the other two dimensions according to the algorithm. While the orange part of the mesh is flat, everything green starts to bend down immediately so it's not necessarily a circular coast line.

In order to get a microscopically clean solution (which might be needed for reflections), a Triangle Fan or yet another additional face line seems best. 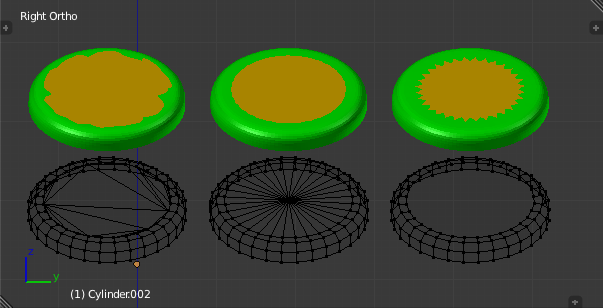 Take a look at the horizontal edge line to the right. Since the inner verts have the same height as the corner verts, they keep their height and don't get pushed around (horizontally, but not vertically) which in turn means, the edge between them doesn't change either. Only the corners get bent.

I see two solutions for this. The first is grid fill. It looks like this: 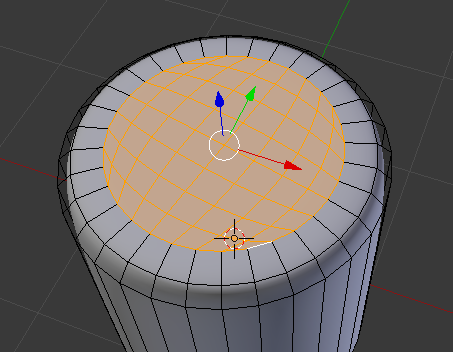 Nice quads all around. Make it like this. Delete the center ngon. Select the same amount of edges on opposite sides of the circle. Ideal is to select 1/4 of the total around the ring. Hit space and type grid fill. 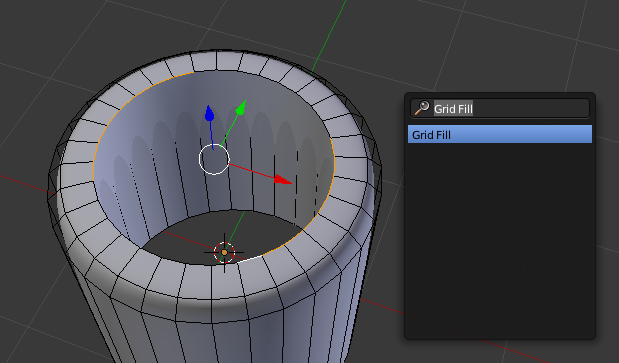 The other way is to inset the center ngon almost to the center, like this. Some problems will probably stay, but they will be very tiny. 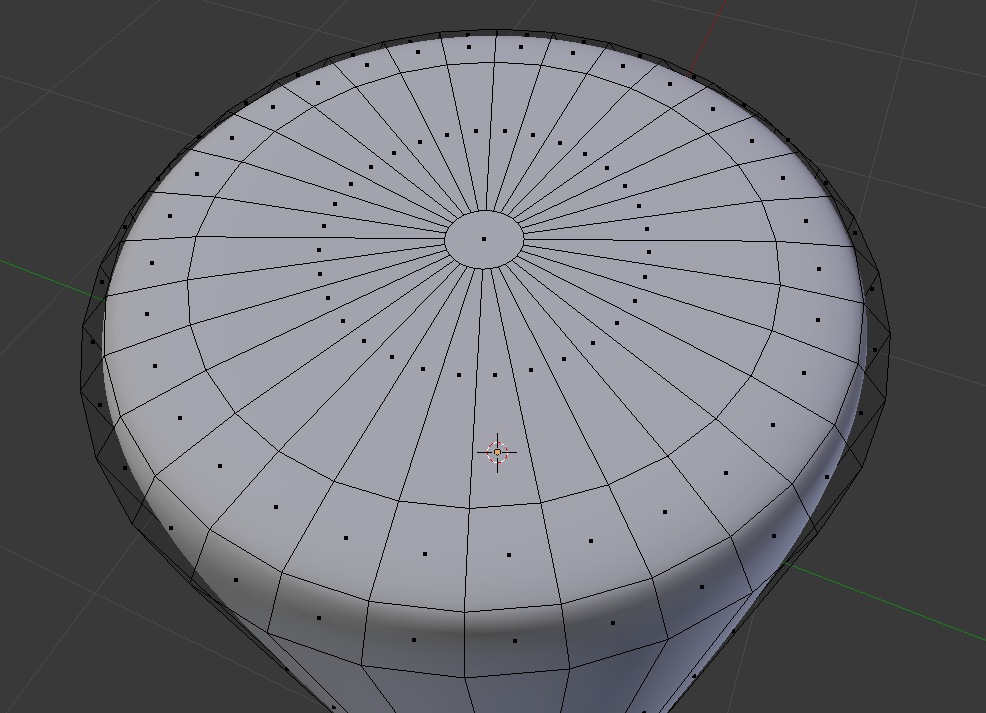 3
Why does adding a subsurf modifier cause this large flat face to deform?
1
Adding Subsurface Modifier to Cylinder Not Smooth
1
How to remove / reduce wrinkle after adding subdivision surface modifier?
1
Modelling Top Surface
1
Issue with a texture
0
How to solve weird geometry when sculpting uv sphere?
0
How to make the mesh smooth
0
Blender subdivision modifier not working
0
How to use subdivision modifier properly on this cylinder?
0
Collapsed faces on subsurface
See more linked questions

6
Edit face triangulation without actually adding edge
0
Combining low poly cone and disc
2
Why has the boolean modifier created new vertices?
0
Filling large gaps between curved geometry using faces?
1
How to weld a vertex onto an edge
2
Are weird shading artifacts normal with the subdivision modifier in edit mode?
0
How do you select the interior faces of a cylinder with an array modifier?
1
Maintaining Good Topology When Part of a Mesh Becomes Non-Quad