How can I have the pepper look more realistic? I have been trying a few different nodes options as shown below in Cycles, but something still looks like a plastic 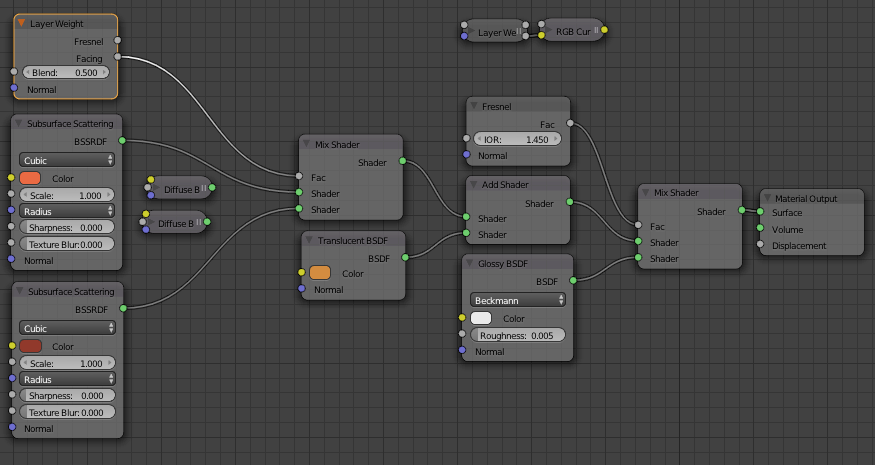 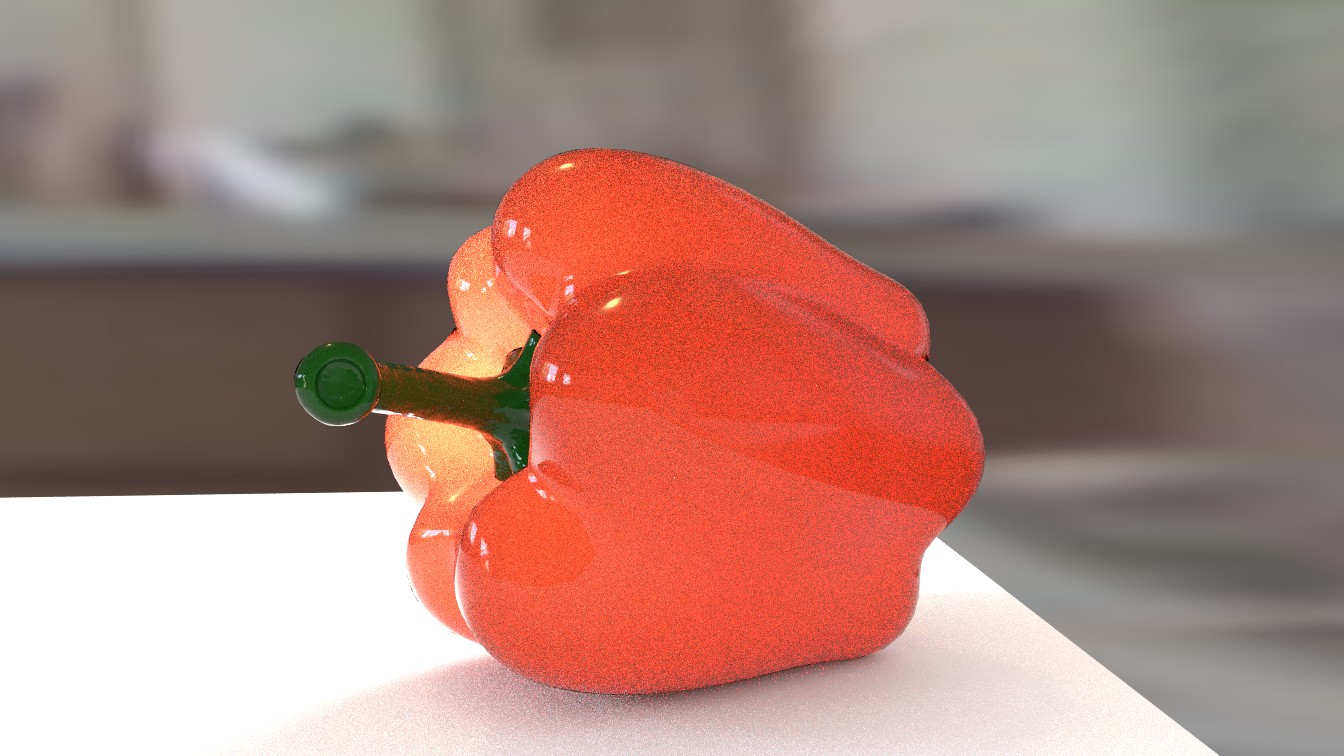 If I replace the subsurface scattering with Diffuse shader, then I get the result below 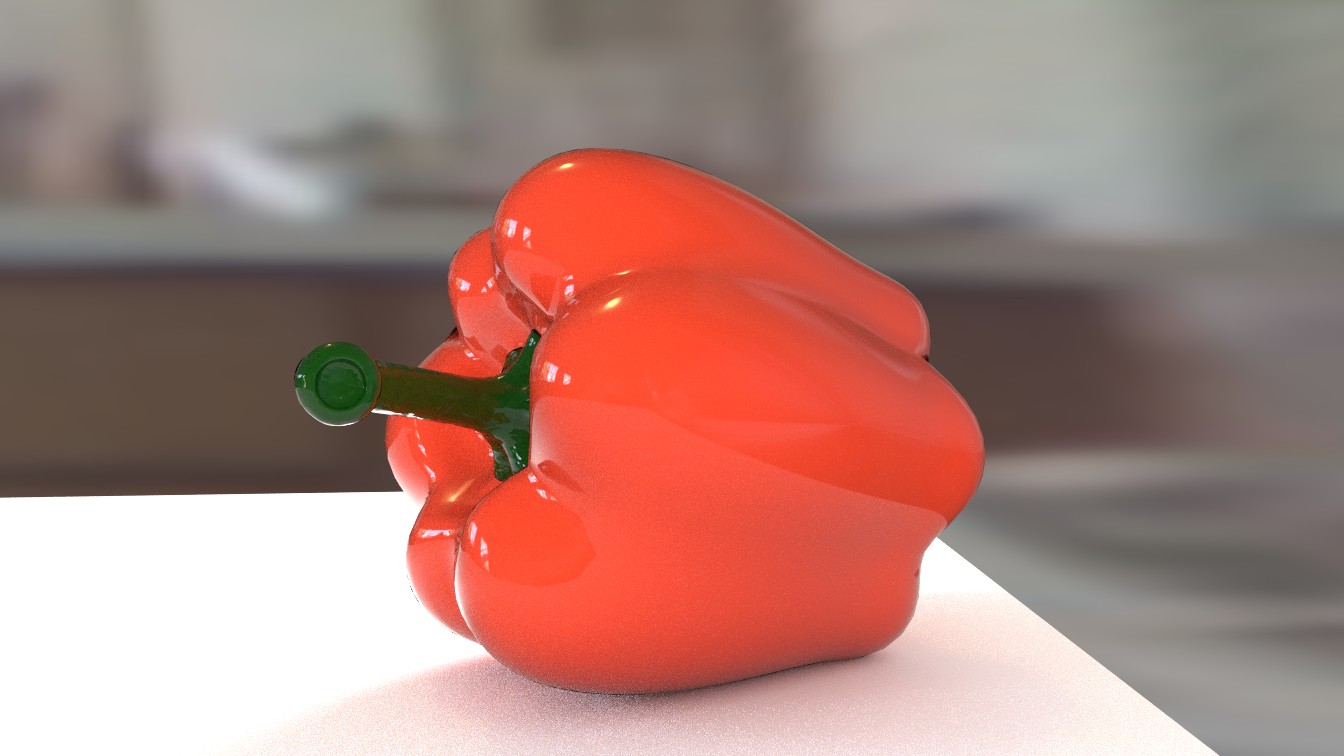 It looks better with SSS but requires longer rendering time and more noise. I was wondering if there's easier way to make things work better here. 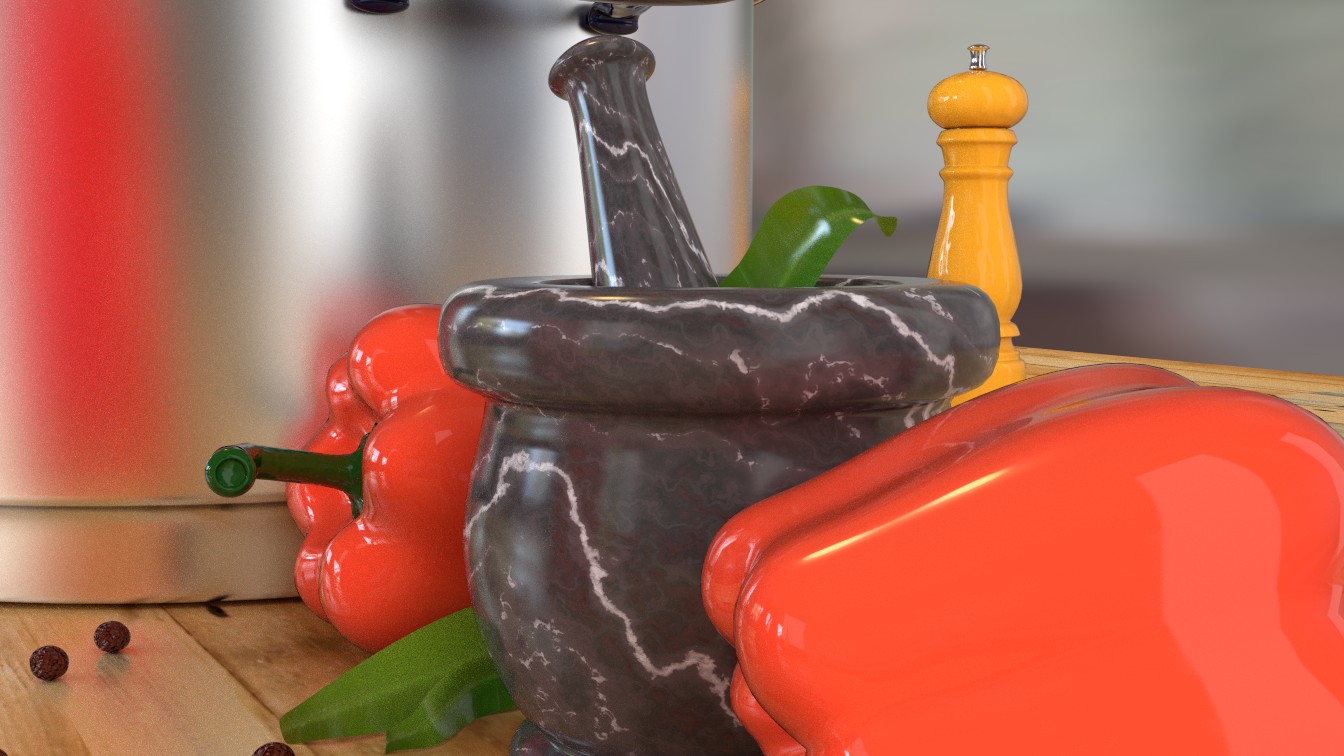 Ps. I'd be happy to get any recommendations about how to improve rest of the scene, I know stem is way behind being realisting, its just a plastic looking now :(

Try looking at some reference images (google images is often the easiest method) to see what peppers look like.

With some hastily slapped together procedural textures, I attempted to simulate these things: 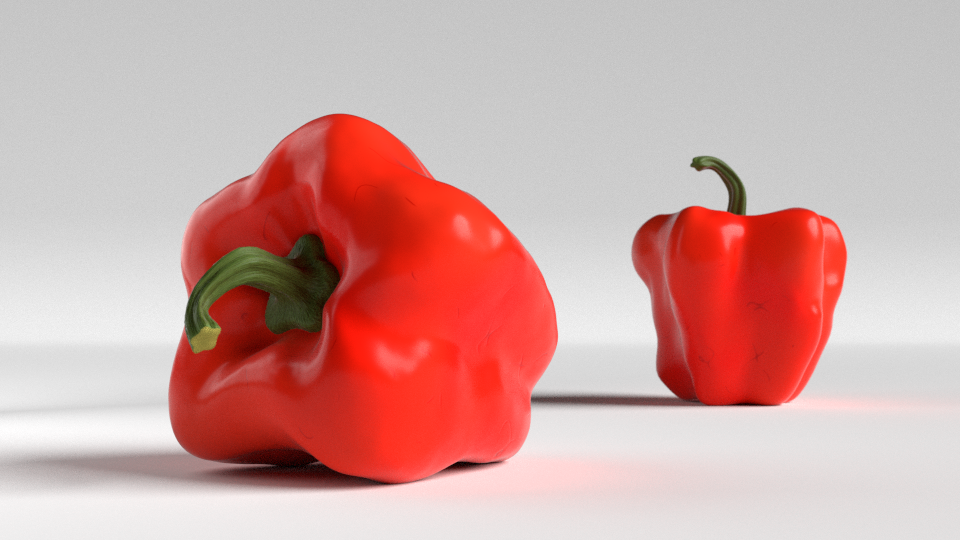 For the irregular shape, I used two displace modifiers. One doing macro displacement in all directions, the other doing subtle displacement along the normals. 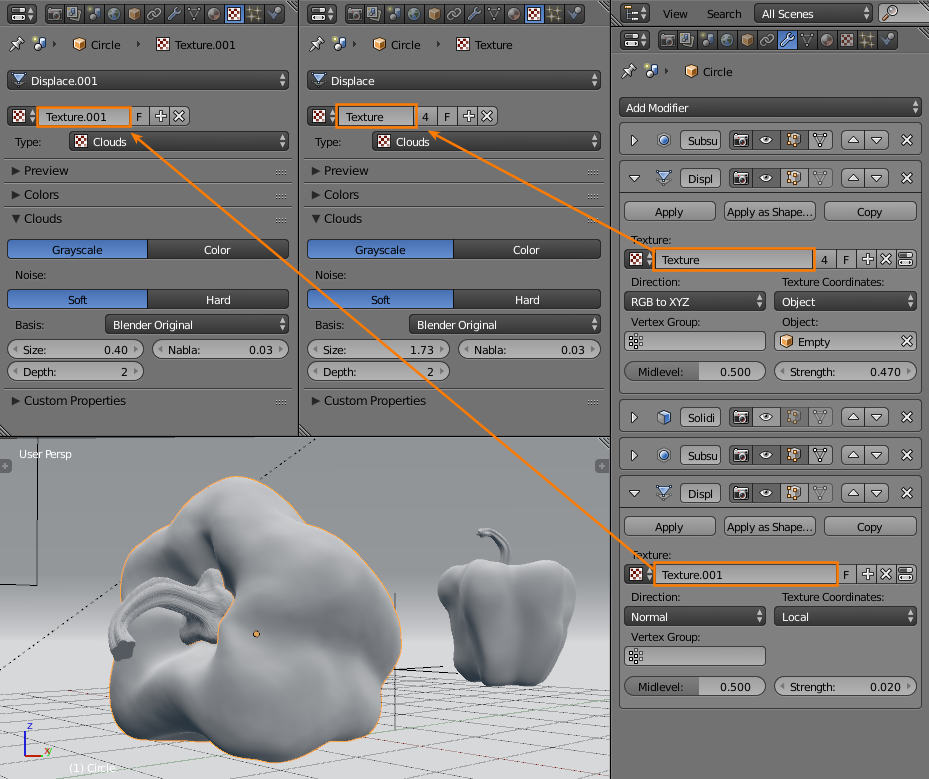 To get the subtle variations in color I used a noise texture. For the small nicks I used a bump map. For the rough reflections I used a much rougher glossy shader.

You'd probably be able to get more realistic results with image textures, but perhaps this will give you some ideas.

In my scene I didn't end up using SSS for the pepper, as with my lighting setup the results were indistinguishable from a diffuse shader (and SSS was much noisier). However this might not be the case in your scene, so keep in mind that thickness and inner geometry matter. Peppers are usually hollow with a core running through the middle, so a solidify modifier and a displaced cylinder in the middle should approximate that pretty well.

9
Approach for a Cheese material with SSS in Cycles?

9
how to make a realistic sugar cube material?
5
Plastic material for a dice
5
Basics of Cycles shading
1
Toon shading using realistic textures?
1
Can I combine translucent, SSS and diffuse shaders using the light path node?
1
Volume scatter without rendering the volume object
38
How does EEVEE work?
2
My first Cycles to Eevee render looks wrong. Tried many things to improve.. failed!
4
How do I create a two sided plane with subsurface scattering for modelling leaves and foliage?