Alpha channel through glass material instead of background (Cycles)

I'm trying to render some windows, reflecting an environment map, and to be transparent to let light enter inside the house. There are two windows facing each, and I need to see throught both, and keep the alpha channel here.

Here are the window's material nodes that do (half) the trick : 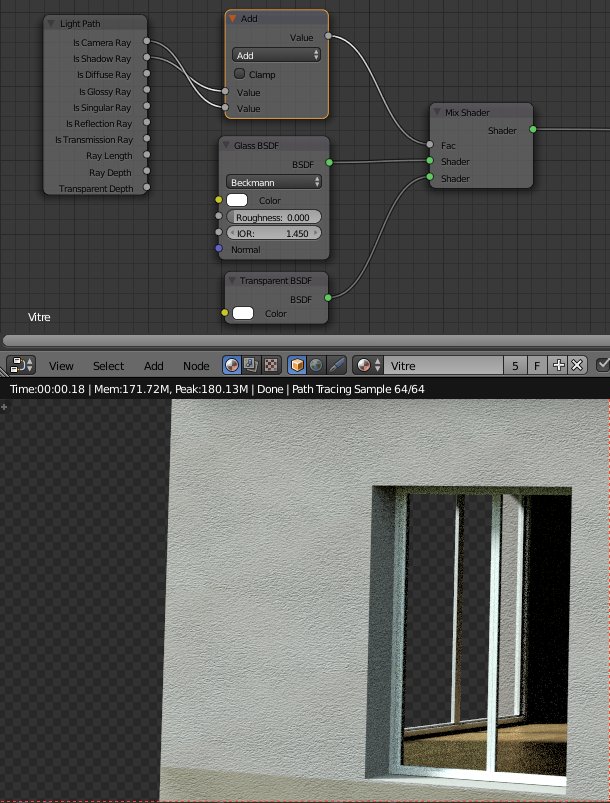 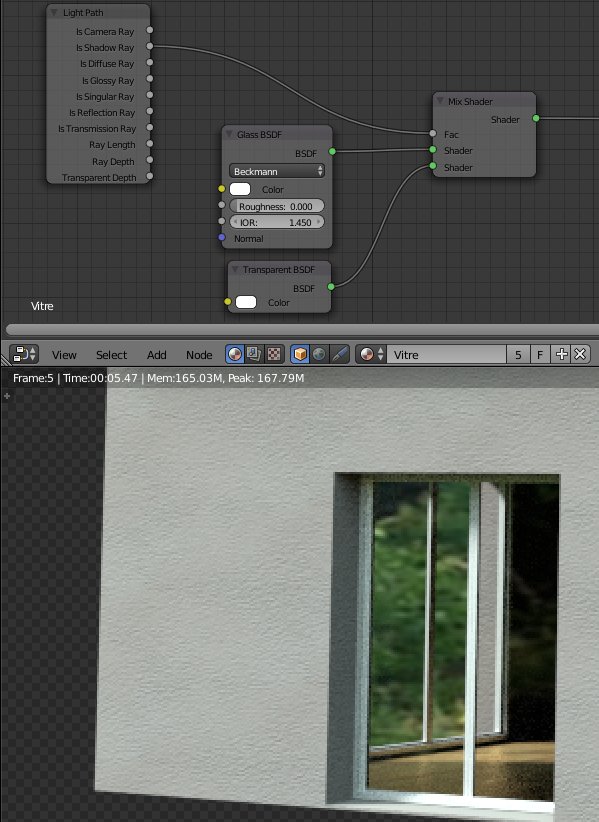 So, is there a way to have a "glass" material with both:

By mixing a glass or glossy shader with a transparent shader based on a fresnel node, rays will be allowed straight through the glass at smaller angles of incidence, and will reflect at grazing angles. Rays which go through and reach the environment background will give alpha transparency: 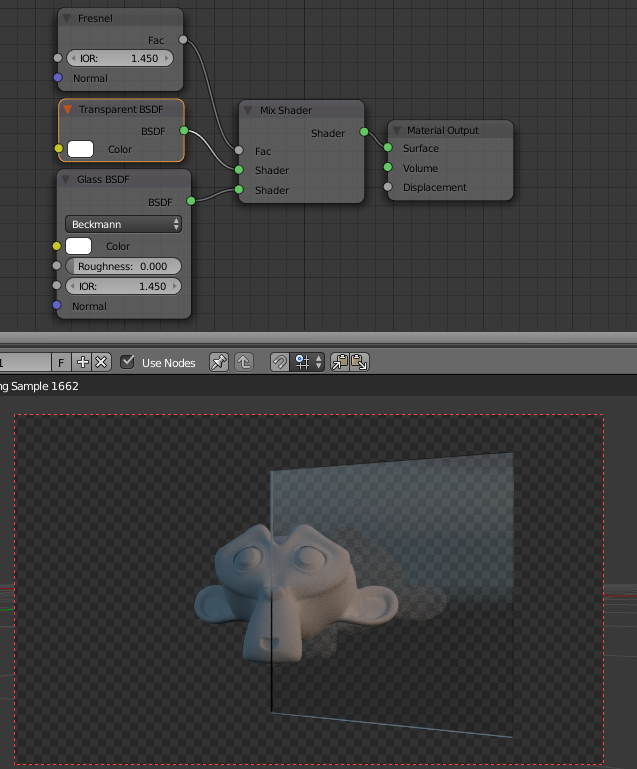 Note that the Fresnel node is not necessary for mixing (setting the factor directly will get something like what you are looking for), but it does make the reflections of the material behave in a more physically based manner.

Not the answer you're looking for? Browse other questions tagged cycles-render-engine materials transparency or ask your own question.

4
Render ONLY the Alpha Channel
2
I have an undesirable black area on my glass shader/object
3
Cycles - transparent background still renders background color through glass?
0
Glass is white, independent the light