Why, despite matching FPS, does the audio not match the video in the rendered file?

On rendering the first lesson (this one - https://www.youtube.com/watch?v=w3E3zRQSpcI - as found on my DVD), I found that upon playing the output .avi in VLC, the audio in the .avi file was out of sync with the video.

(I'm aware of the AV-Sync feature in the VSE, but this is a feature to help the editor while in the VSE and should have no bearing on the final .avi file)

Investigating, I found that when importing the original footage (from DVD, file 'tracking_intro.mov', with Render Properties Frame Rate set to 25FPS) and then exporting as HDTV 720p at 25FPS, the resulting render (with no changes to content) has the audio rushing the video by about half a second.

The audio and video strips perfectly match each other's position in the VSE. Everything indicates that it should output a video roughly equivalent to the video it imported.

In short, what in hell? Does anybody have a solution? Really wanted to get into some video editing, but it seems pointless unless I can solve this audio problem.

The source file is tracking_intro.mov from the Match Track Blend DVD. 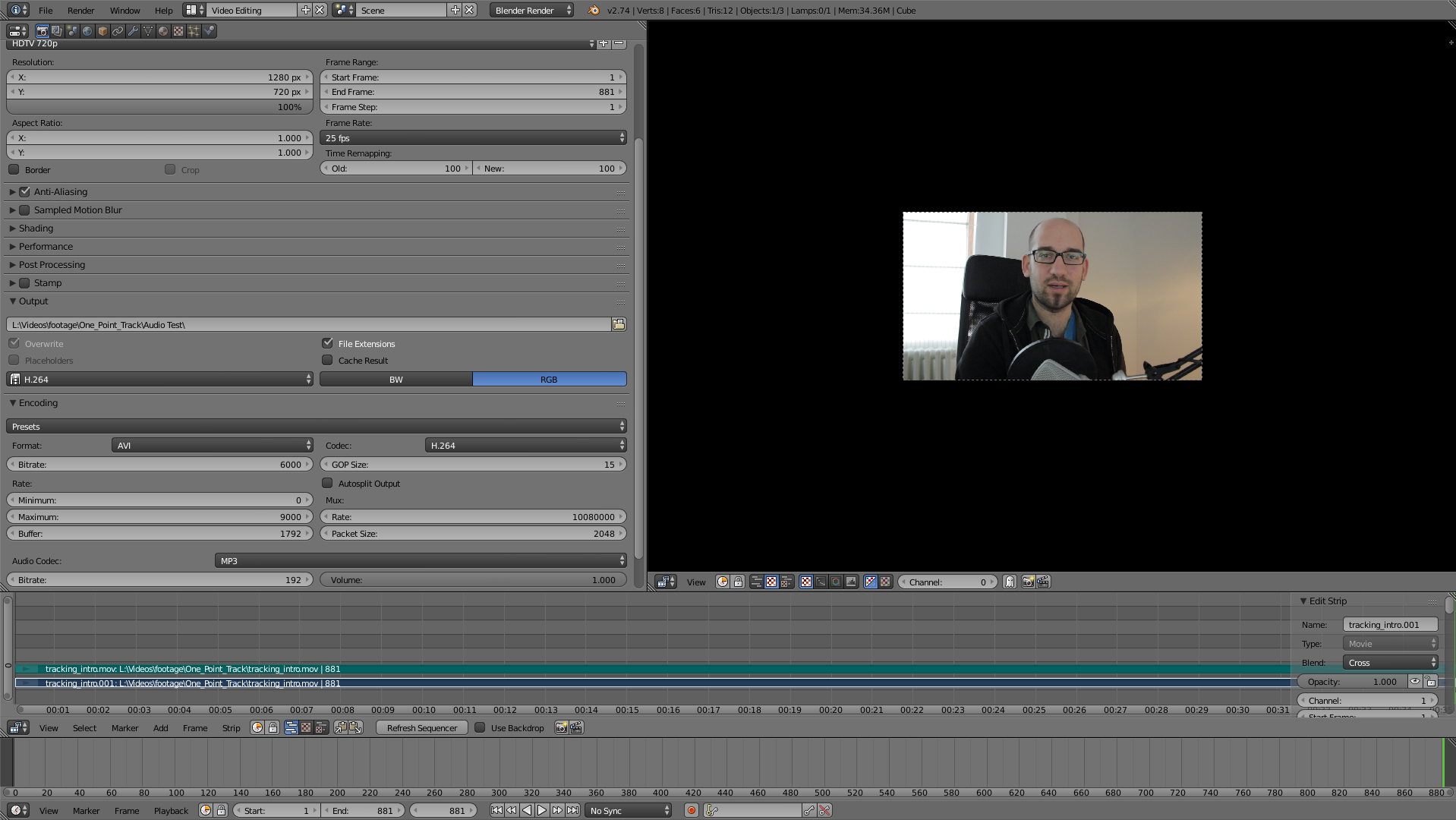 PS: Had this problem years ago when I first got the DVD, but figured the problem was down to my hardware. Now I know there has to be some settings somewhere that'll solve this issue...

In these frames, Sebastien raises his head and opens his eyes before he begins to speak. In addition, VLC's statistics for the file seem to show some lost frames... 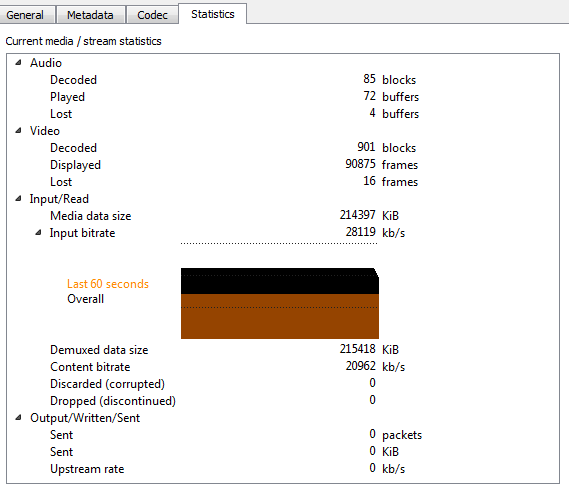 I'm not looking for any trouble here - I'm just trying to understand the situation for my own satisfaction. As pointed out below, Sebastian suggests that we work with image files, which makes sense. But in case I encounter this problem again - is this a case of a slightly borked file?

Many thanks to all who've looked in at this!

At the very beggining of the tutorial, he tells us that it may be problematic to work directly with the .mov file, depending on the FFMPEG version in use within your system.

So you should try to convert the movie source file into an images sequence, and import it in VSE. Then, import the audio of the the original .mov file, and sync it with the images sequence strip.

Try the AV sync button, in the header of the timeline

If for instance you imported a 44.1kHz track, but your video export settings had the audio settings at 48kHz it could cause a change in duration of the audio track, thereby causing sync issues.

17
Video editing. Audio and Video strip have different length
3
Audio and video segments are not the same length