Is re-instancing a game object´s physics mesh possible after moving a vertex in the game engine using python? And how? And if it doesn't work why doesn't it work?

Ok, so I move a vertex in an in-game level editor to sculpt the landscape. My brush is moving to the hit position of the mouse. And when I move a vertex the brush stays where it is and does not move to the new vertex position because the physics mesh does not update. I have got a plane for example. I click with my brush on it. Now there´s a big bubble in the middle of the plane. Normally the brush should go to updated surface but it 'thinks' that there´s just the plane from before and nothing has changed. I tried obj.reinstancePhysicsMesh() already.

I took some screenshots:

Before moving the vertices. As you can see the physics mesh is still as it´s supposed to be. The red thing is the brush ^^ 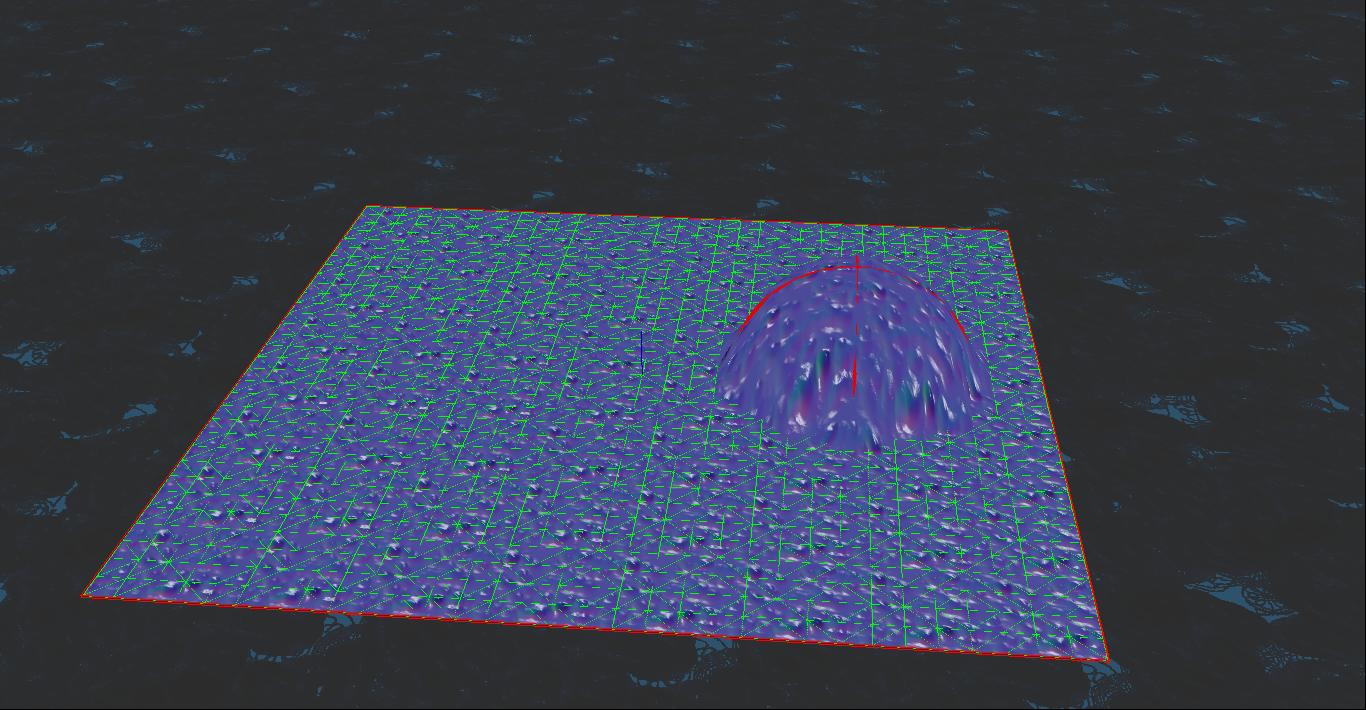 After moving the vertices. As you can see the visual mesh changed but not the physical mesh => The brush stays were it is.

Browse other questions tagged python mesh objects physics or ask your own question.