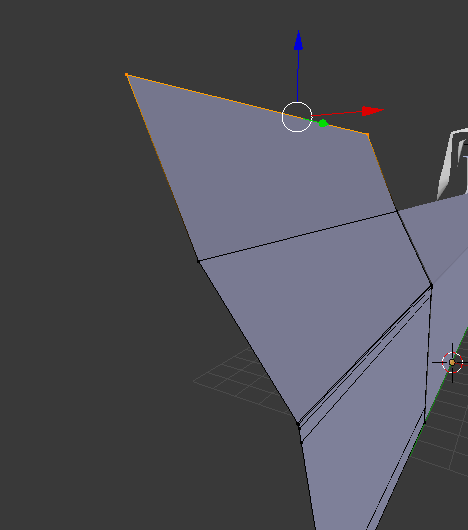 If the face you are extruding from is planar one way to do this is to use a custom orientation which you can take from that face and use as a local coordinate system for future operations.

In the example I already had a "Transform Orientation" named Face, and Blender made a new one called "Face.001" so as not to override the old one.

Select the edge you want to extrude, change the transform orientation in the tool below, to Normal. Hit Extrude, and press (X,Y, or Z) twice until you see an orientation line that matches the direction you want to translate the extrude edge in.

Not the answer you're looking for? Browse other questions tagged modeling mesh vertices or ask your own question.

5
Extrude vertices along edges
4
Can a local axis be aligned with an edge?

3
How to extrude in the same way a "3D" angle?
2
Extruding horizantally when I want it to go vertically, and vice versa
0
Extrude multiple faces, stopping at intersection
2
How to achieve uniform Inset and Extrude on multiple nonplanar surfaces?
3
How can I grab or extrude an edge at an existing, arbitrary angle?
4
How to straighten a 3D edge not along an axis?
4
how to extrude diagonally with precision?