How to move baked curves in graph editior?

I just baked sound to the animation which works fine. What I want to know if there is a way for me to move the curve of the sound I just made backwards (to - frames) so it will start half way through the sound. So I basically need to move the curve or baked sound backwards so that it will start where I want it to. I've tried using some modifiers and pressing G etc. but none of that works. 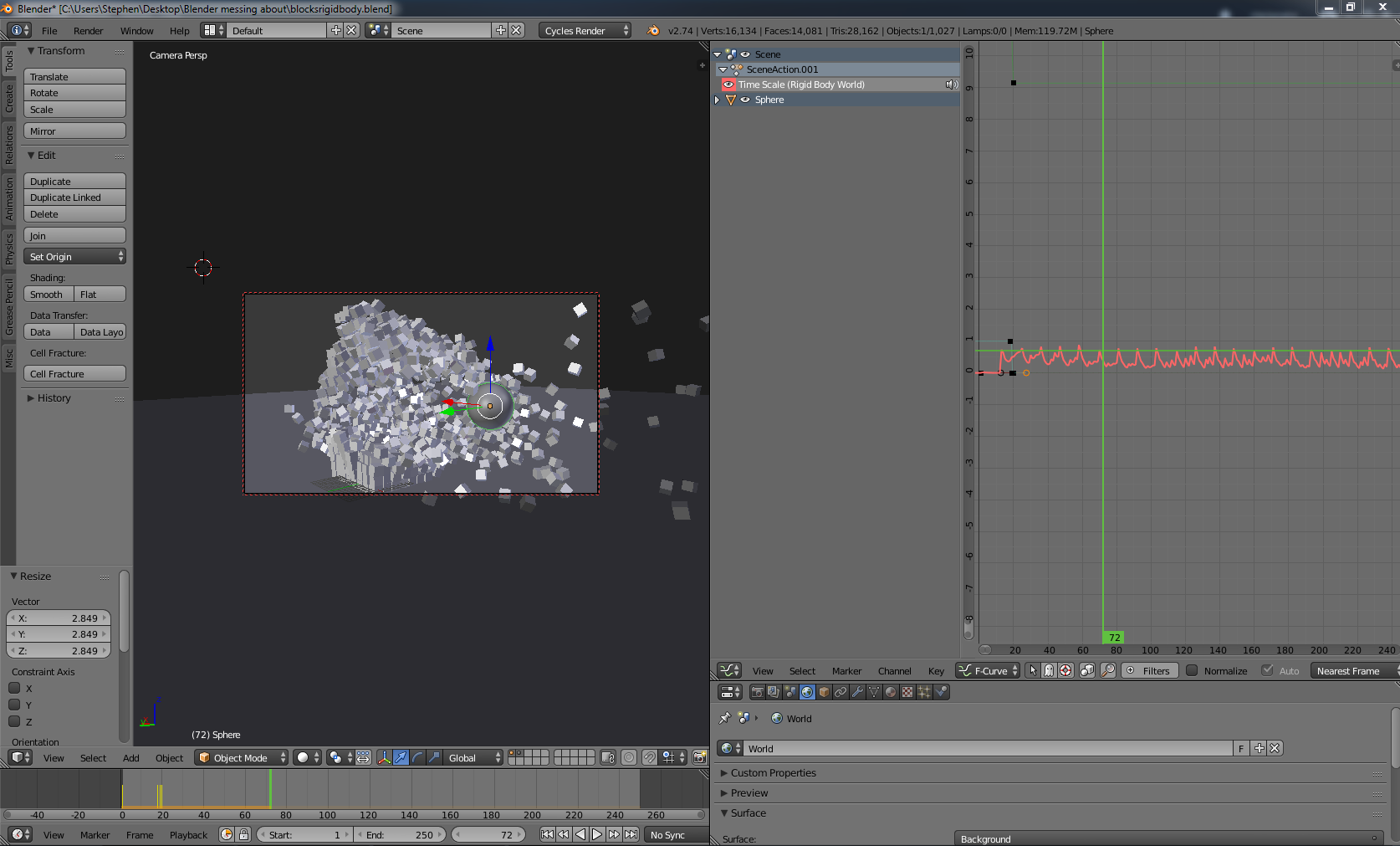 So I'm baking the sound to animate the speed of the rigidbodies as a test. I want to put the baked sound backwards so the speed will start changing in time of later on in the song, instead of the beginning.

Is this possible or if not, is there an alternative?

animation graph-editor audio
Share
Improve this question
edited May 29 '15 at 19:05 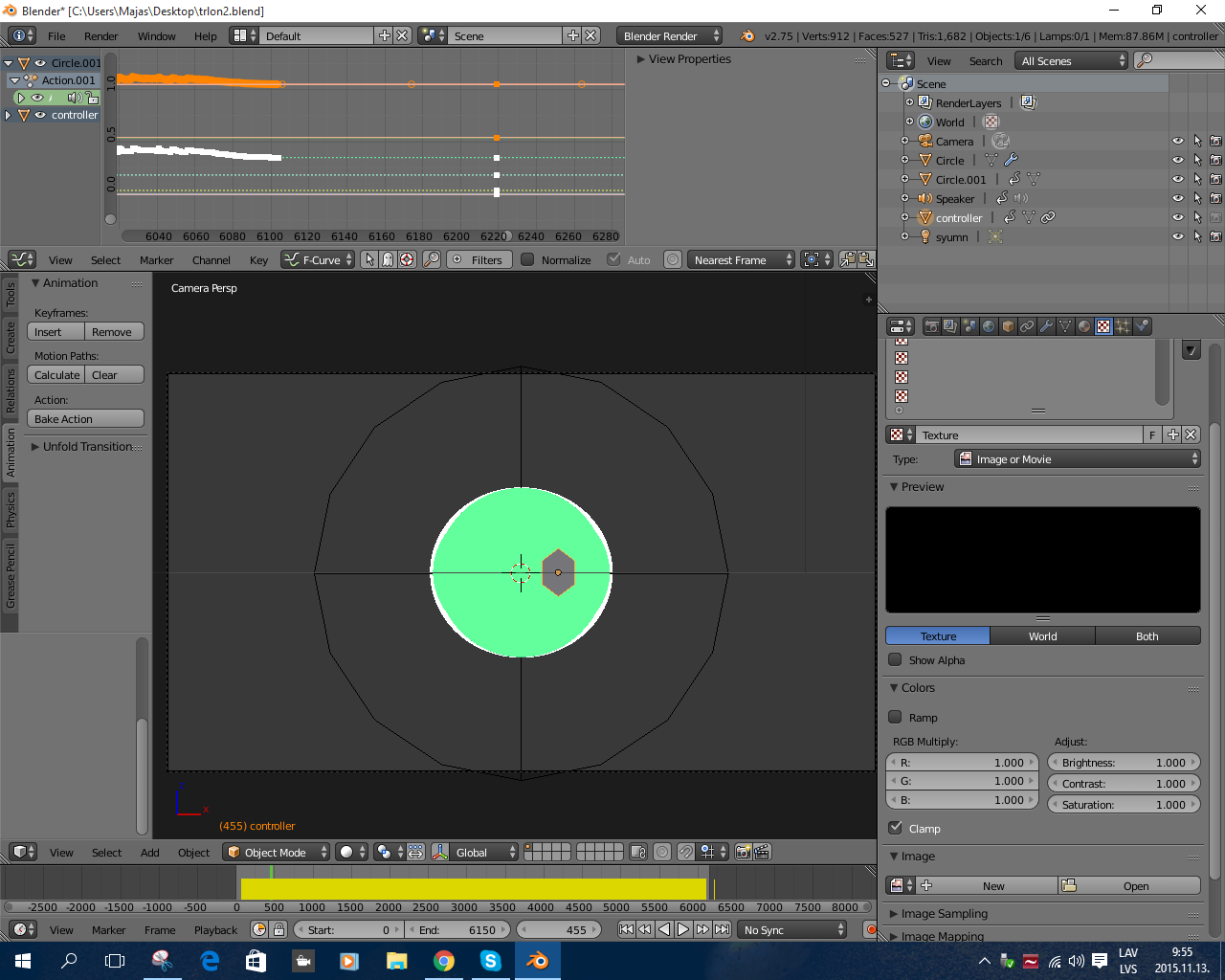 In 3D view, object mode select the object the sound is baked to, and in the animation tab on the left, click "Bake Action", afterwards you'll be able to move the baked f-curve around freely.

I do a lot of sound baking, and always bake at frame 1 then use the NLA editor to change start frame, simply and quickly. You don't want to be baking large sound files again to move a frame to the left 8^).

If you are going to use the NLA, it also pays to create an empty action (how you want it to be with silence) and add that to the stack. 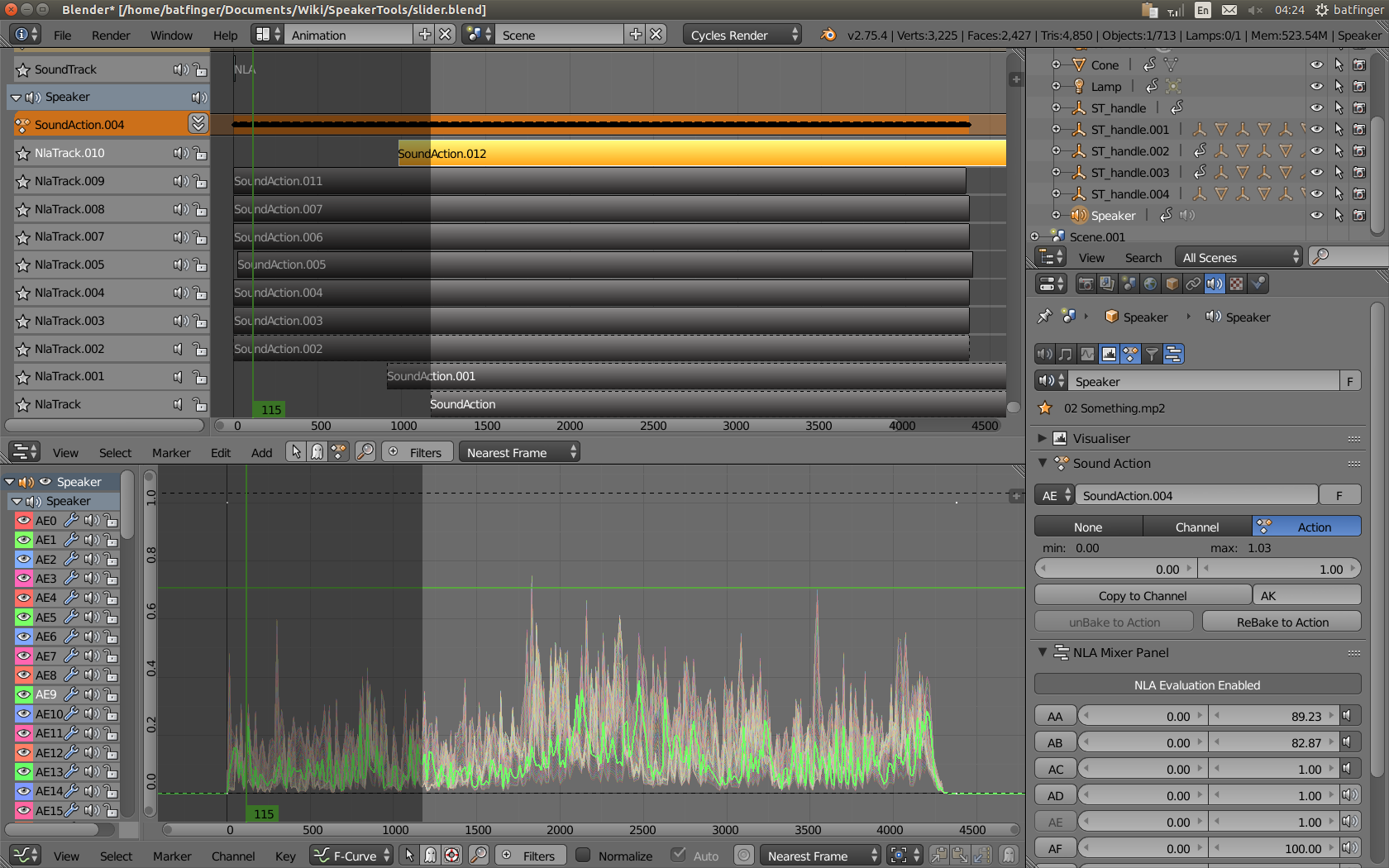 Not the answer you're looking for? Browse other questions tagged animation graph-editor audio or ask your own question.

1
Moving all keyframes in a scene at once?
1
BGE - How do I make an sound stop when pressing a key, then start again when releasing it?
0
How to combine two curves for a camera animation