So I'm making this danmakufu game in Blender as a school project, and it's due by the end of May.

I have this little rocket: 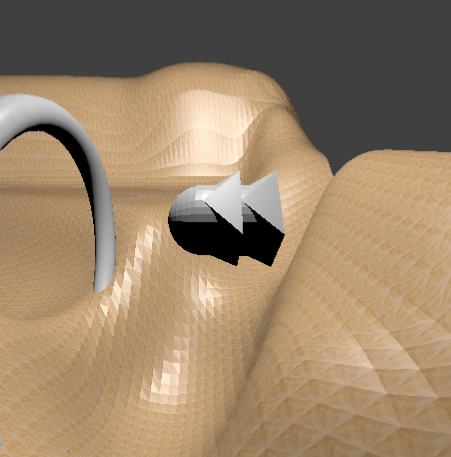 And I have this... TIE fighter-like thing: 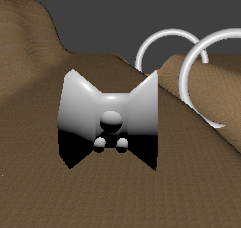 So I'm trying to make the TIE fighter's y-pos match with the player's y-pos, but not make it too fast otherwise the TIE fighter's just going to run into the storm of bullets produced by the player, but I also don't want him to go too fast (or else his bullets would be way out of synch.) The problem is, however, is that it's decidedly NOT MIT AppInventor or Scratch. You can't just stick in a data block saying "glide to co-ords (objectx+100,objecty)" or "always repeat [wait 5 ticks] [create object "Doop" with (parentx,parenty) and (direction=playerhitbox)]" in Blender. How can such a function be attained in Blender? Question 1 answered. onto the next one! Also, how does one actually get the bullet to aim at the player, but not seek?

P.S. the person with the best answer gets to be mentioned in the credits! 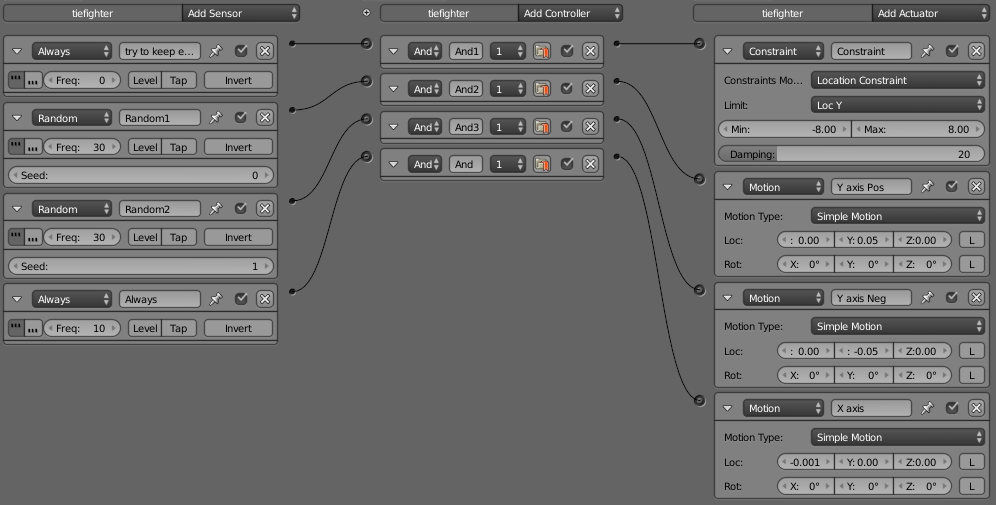 to make a bullet be fired at a position without traking an object you can add another object that will track the hitBox and fire the bullets, when the box move the bullets will not track it

4
Does the Blender Game Engine support mobile platforms?
0
For a Third Person game, how would I go about making the character's arm follow the camera?
8
Making an Interface in blender game engine
1
Making a car game opponent
7
Using Blender Game Engine for VR 360 tour on Mobile, is it doable?
12
Making weather effects in the BGE
1
Making a Speedometer