In the tracker settings panel, I can choose options like pattern size and search size, but below the search size, I see: "Tracker:", with no option to choose from. Under that line, I see "Motion model:" with some options to choose.

I'm hoping to get better tracking using "hybrid", but I just can set that option. Any suggestion what happened to it? 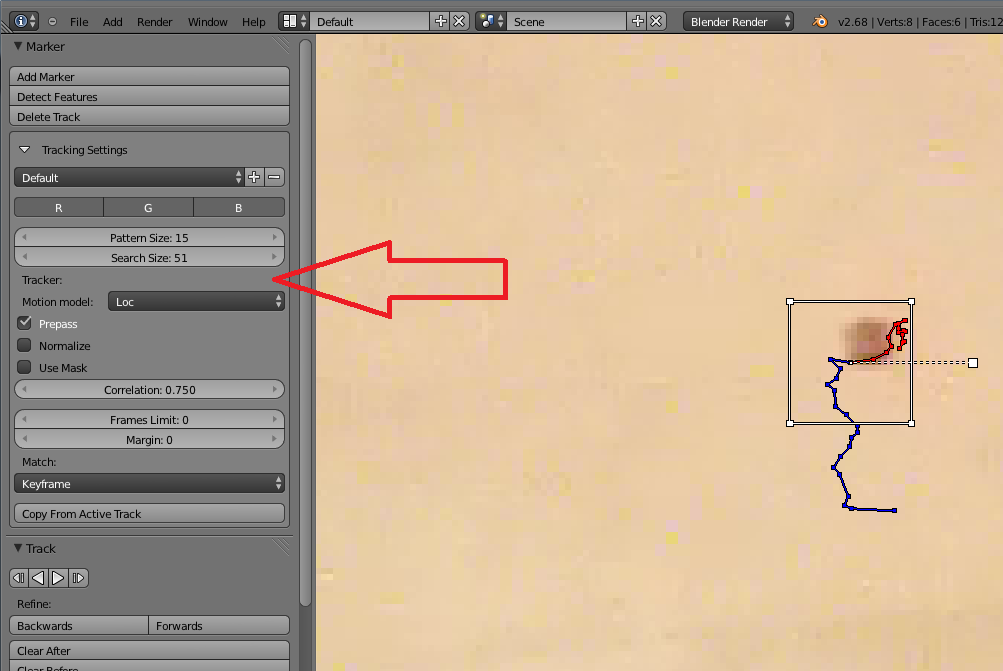 First, the old option called Tracker was eliminated. The old Hybrid tracker was doing exactly the same as the SAD tracker, with the exception that it could do more accurate subpixel precision tracking by following the brute-force search with a subpixel refinement. The SAD tracker was also limited in that it only worked on 8-bit images and is unsuitable for 32-bit float images like those used in Mango.

In other words, the SAD and KLT options were replaced with a improved hybrid tracker with new options.

The new tracker is a unified algorithm with more options, and specifically some options to make it work exactly the same as the old non-planar Hybrid tracker. The options are:

Note that it is possible to simulate the old Hybrid tracker with the current method:

To get behavior that is almost identical to the Hybrid tracker in previous Blender versions, enable Prepass and set the motion model to Location only. 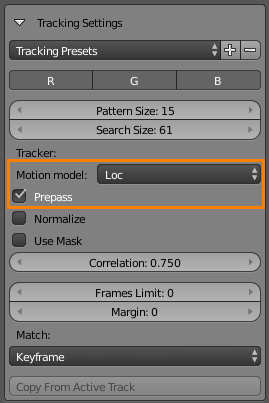