How can I delete polygons with negative y coordinates?

I'd like to delete the polygons which normals have negative y coordinates. With this script I can have the vector representing polygon's normal displayed:

My problem is that I simply can't check for y coordinate of this vector: I've tried:

etc. I'm getting "Syntax error: invalid syntax" pointing at [1] or .y. In this case, it isn't possible to check vector's y coordinate against 0 in if statement, so I can't pick up the vectors which y coords are >=0.

python scripting
Share
Improve this question
asked May 14 '15 at 9:10

What you're asking for is this:

This is essentially a scripted walk through of what you would be doing if you inspected each face normal and selected only those that had a negative y coordinate, then at the end it would delete the selected faces.

There are other ways to do this, but this might give some insight. This is the after shot: 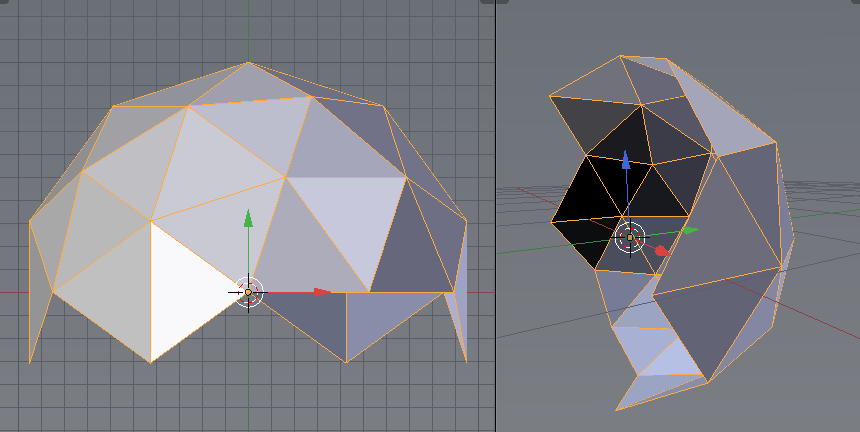 warning, the context parameter of bmesh.ops delete is a little undocumented, but is described here

9
How can I delete mesh parts with python?