I composite 3 individually rendered and saved files to achieve the look of an object isolated on white with a proper shadow:

I use the compositor to divide the shadowed plane by the empty plane to get a white image containing only the shadow, then alpha over the object with the transparent background 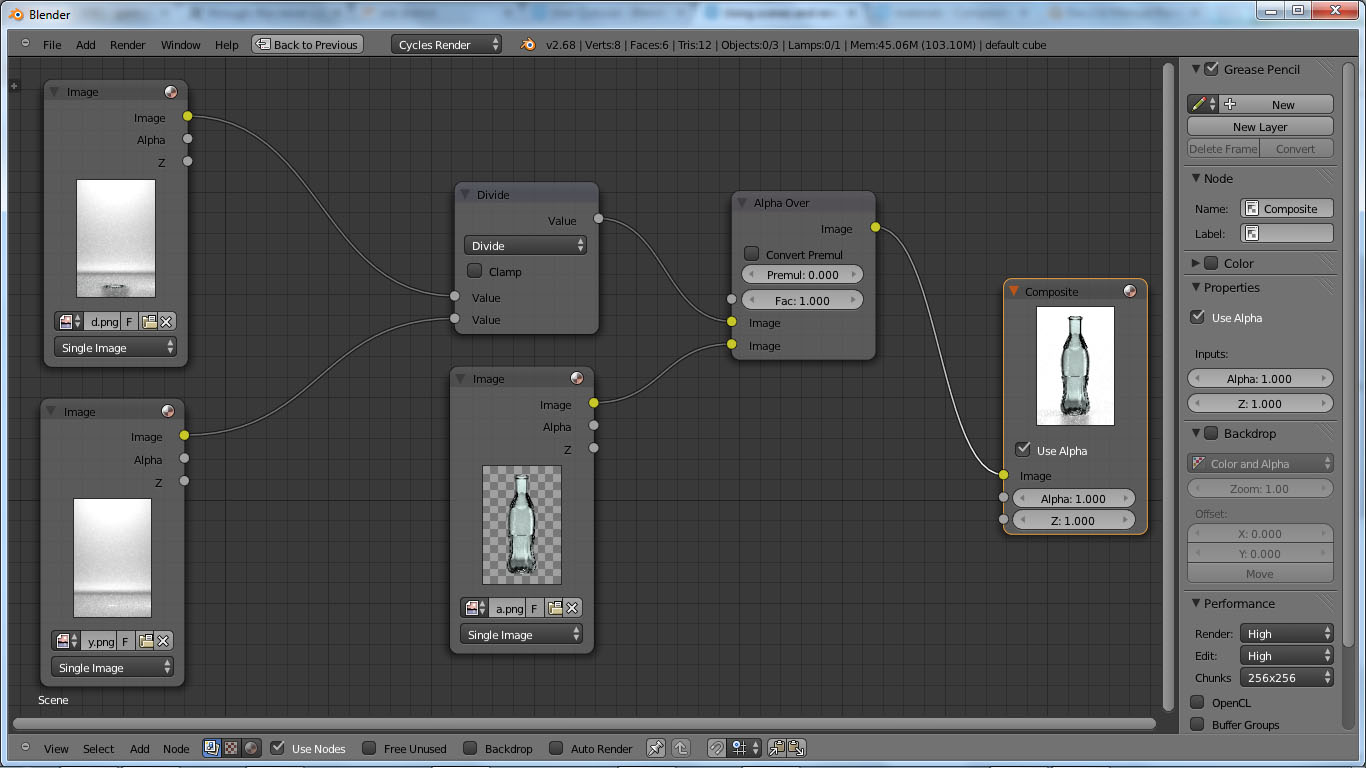 This is not ideal, because I'd rather not have to open a new blend file just to do a simple divide and alpha over. I would prefer to build this functionality into the original blend file using scenes and render layers. Yet every time I try this, as described in the wiki here, I misunderstand and configure my multiple scenes/render settings improperly.

How do I setup my scenes and render layers properly to achieve the above image without having to save separate files?

Here is an example file for you to inspect.

The wiki page for Renderlayers in cycles:

Render layers are used to render different objects in the scene into different images. This way they can, for example, be color corrected or otherwise manipulated separately and then recomposed in compositing later.

Which objects contribute to which render layers are defined by these layer settings:

Transparent is enabled in Properties > Film:

And RGBA is enabled in Output:

The settings for each Renderlayer:

For the Renderlayer to result in only the object, we need to include the lights and the object layers, and disable the background layer (we don't want to exclude entirely, because we want the bounce lighting on the bottom of the object): 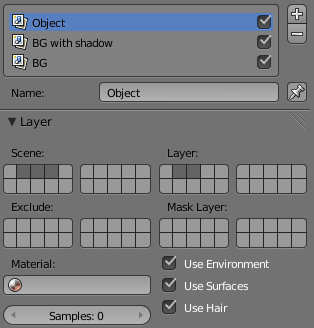 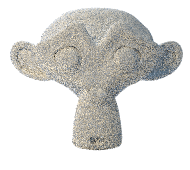 For the Background, the lights and background layers are enabled, and we exclude the object layer entirely, as we do not want shadows: 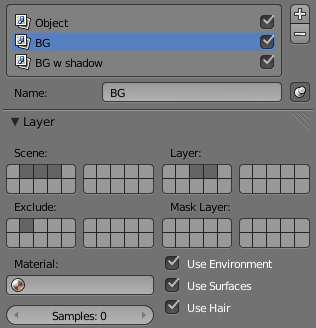 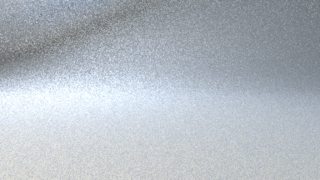 This one is the same as BG, except we don't exclude the object layer, so shadows cast by our object will be visible: 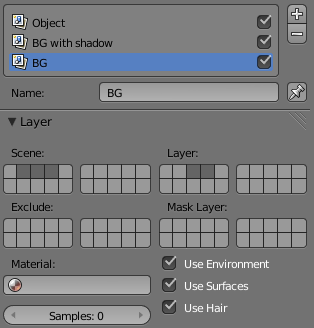 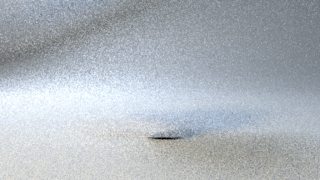 Replace the image inputs in your setup with the appropriate Renderlayers: 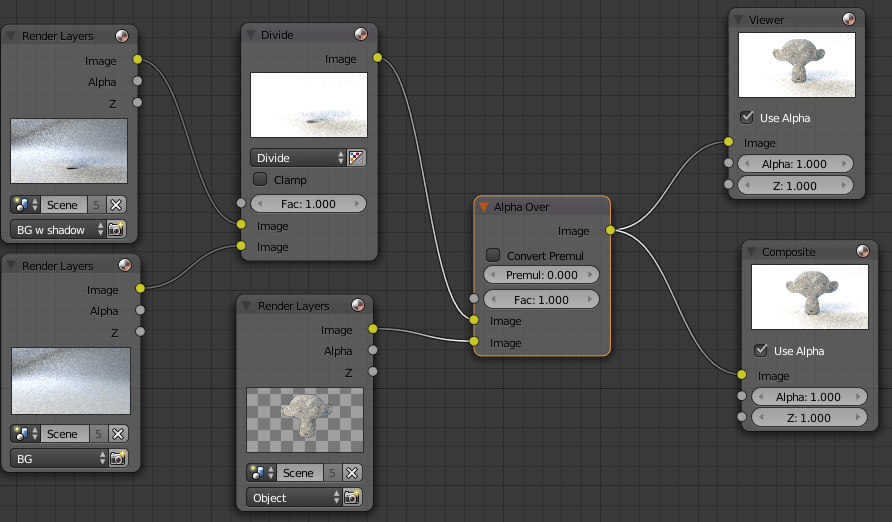 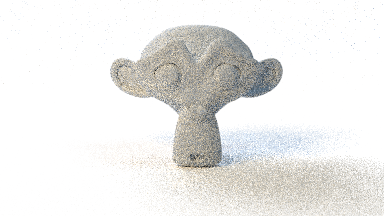 Not the answer you're looking for? Browse other questions tagged compositor scene or ask your own question.

24
How can I cast artificially darker shadows?
22
Shadowless render pass
6
How to create an infinite plane in cycles?
3
How to get rid of an object's reflection?
4
Transparent render layers
6
How do I make a pure white plane that receives shadows?
5
How to create a shadows pass in cycles?
2
Transparency/Masking : See through an Outer Sphere and see Inner Sphere in true colours
5
How to do a lightcast only Layer in Cycles?
2
Best background for cut outs
See more linked questions

2
How do I composite render layers in 2.69 using Cycles?
2
Glass, transparent to background video
0
2.8 Eevee Composite Object over background lacking Transparency
0
White lines appearing when rendering shadows to separate layer and recombining in compositor
2
Alpha over node is including unwanted objects in the image?
0
Is there a formula for processing a rendered area in compositor without affecting other areas?