Cycles Render not utilizing the GPU as it should

The issue I'm having with Blender is as follows:

The Cycles Rendering doesn't seem to use the GPU to its maximum power, even though I've read it should to the point where Blender UI becomes unresponsive because of the GPU spending all its power on rendering.

I have the CUDA toolkit installed and tried it with different versions (Newest version and CUDA 4.1). I've even tried the latest Blender version 2.67a and 2.66. No difference there either.

As you can see in the picture blow CUDA is on and I the GPU is selected. 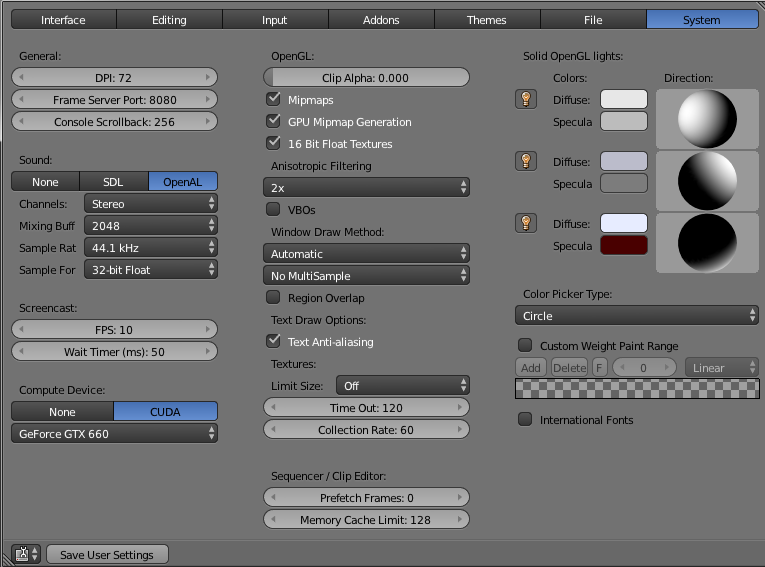 Here are my Render Properties. I've also tried with Feature Set as Experimental, but it showed no changes. All the other settings have pretty much been exactly the same. Apart from the occasional Device switching from GPU to CPU and back again, to see differences. But I'll come back to that below.

Here is the information MSI Afterburner shows me, while I was running the render. Mind you that the scene itself is not complex at all. It's simply the default box, which I duplicated to 4 boxes and they're moving across the scene and go together to form 1 box. 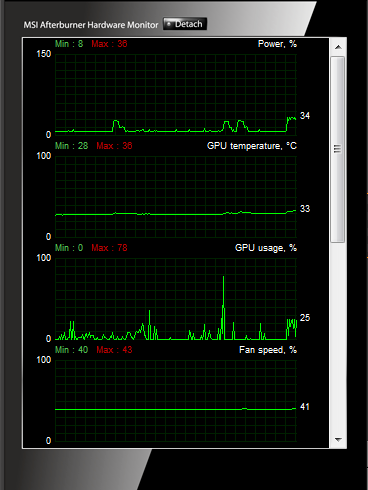 The GPU Usage rarely exceeds 30%. The difference between CPU and GPU rendering is only 10-15 % units.

I'll be editing and adding stuff if I find additional information. It might take a bit of time since I'm trying to solve the problem at the same time.

cycles-render-engine rendering gpu
Share
Improve this question
asked May 24 '13 at 20:05

GPU usage is highly dependent on the scene complexity. With a very simple scene like the one you tested, it is hard to bog-down a modern GPU. But with a realistically complete scene, you can expect the GPU usage to be a lot higher.

Take a look at this Cycles rendering benchmark

In the Render Panel, Under Performance, increase the tile size.

0
Graphics device is not getting populated

4
Why are there scenes that will not render on GPU but will render fine on CPU?
1
How can I render with GPU on iMac 09' NVIDIA GeForce 9400 256 MB?
0
GPU Rendering Only in Viewport (Cycles)
1
GPU not rendering in Cycles
1
Can not render via GPU ERROR Illegal address in cuCtxSynchronize() (device_cuda_impl.cpp:2016)