is there a tool in Blender or add-on that provides similar features to MODO’s falloff tool? For example I have a cube that I have added several edge loops and then scaled on the Y axis. I want to now curve the cube creating an insect like shape. In MODO I would apply a linear falloff and then rotate the cube, giving me a nice curve. I tried with the proportional editing option but I do not get the same level of success I get with the MODO tool. Am I just miss-using the proportional editing feature or there is a more suitable way.

Image below shows the falloff tool in Modo and the effect I would like to create in Blender. 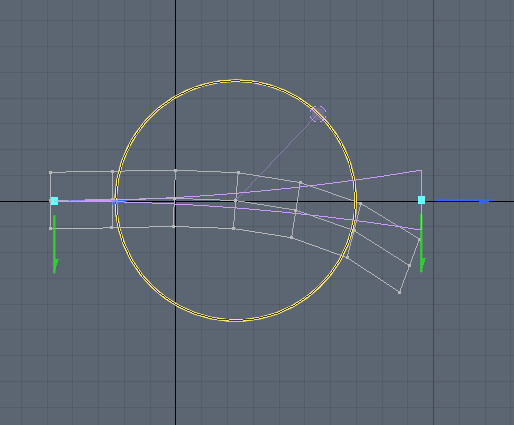 There is an addon that provides similar functionality to what you described called Mira Tools by Paul Geraskin, here is a Video demonstrating how it works. You can get the addon from Github

2
Trouble with Proportional Editing
3
How do I make a boxed extrusion on a cube that has a subdivision surface modifier?
1
How do I use the “Proportional Falloff Tool” to create doughnut frosting as per youtube tutorial?
1
Scaling to a specific object
0
How to model a ribbed pattern along a body
0
New in Blender (coming from Modo)
0
Equivalent tool to Modo tack tool?
0
Concave Square with Straight Sides
1
How do you control an edge loops direction?