So I made a 3d model from 21 pictures with 123dcatch, I removed the unnecessary parts with blender. Then I merged the 2 4096x4096 texture with a python script. 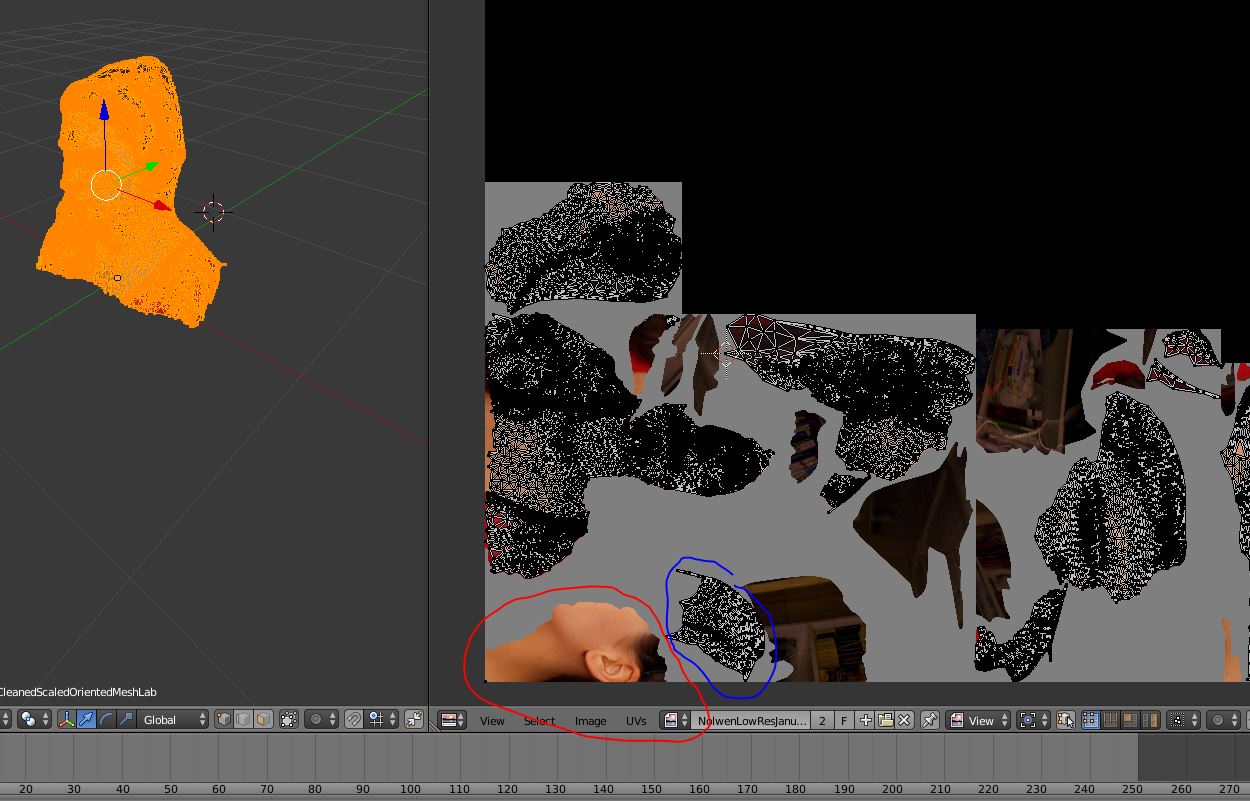 Browse other questions tagged texturing uv or ask your own question.

5
Why does image texture used in displace modifier not give the correct height?
10
Procedural volumetric texture generated from a script
1
How to make multiple displacements map node
3
How to get data and edit it on UV map edges?
0
Ver 2.8 Texture paint works only on a few faces