Scaling in object and edit mode

My question is: why do Object mode scaling and Edit mode scaling seem to be incompatible? I'm quite new to blender, so I may not know sth important about these modes. The actual case is: I create a cube, which is 2×2×2 metres in metric units by default (it's also shown under 'dimensions') 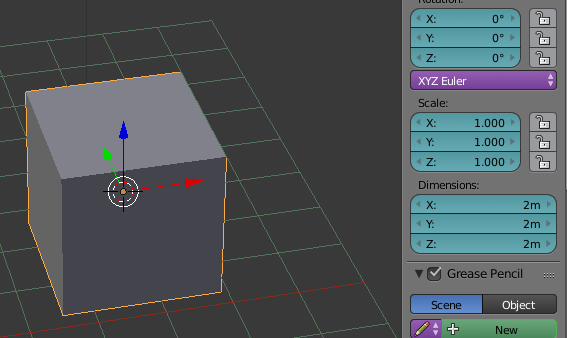 Then, with the cube selected, I switch to Edit mode, and enable 'Edge info: Length' under 'Mesh display' 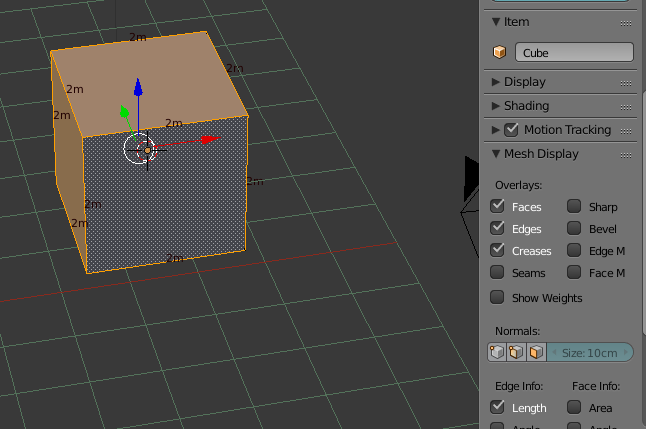 And it shows the cube's measurements, which are 2m on each edge. Now I use the scale tool in Edit mode, making the edges 2.244m 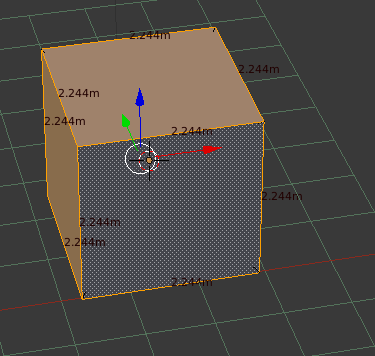 That's good so far. Changing back to Object mode, the changes can be seen under 'dimension' 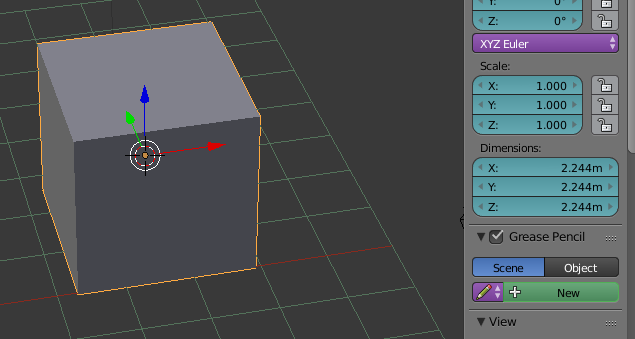 However, when I use the scale tool in Object mode, the scale and dimensions also change, but changing back to Edit mode, the measurements shown remain the same 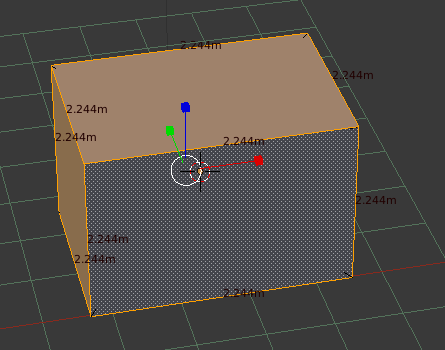 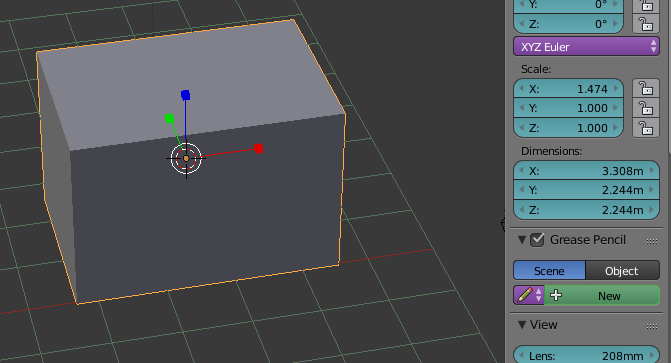 So the question is, why does the scale tool work differently and have different effects in Ojbect mode and Edit mode? Also, how can I enter the desired size of my cube manually to get an accurate result, without using the scale tool in Edit mode, and without changing the scale ratio in object mode?

The object-mode scale is a property of the object; it doesn't actually do anything to the mesh, but rather affects how the mesh is going to fit in the scene.

Scaling in edit mode actually moves the mesh around; it's equivalent to selecting and carefully moving vertices around to make the mesh bigger or smaller.

There are many situation where you don't want to touch the object scale (e.g. physics simulations tend to get mucked up).

I am not sure if it was explained well yet. Each object has a bunch of properties including properties to delineate it's dimensions, location, rotation, vertices positions, etc.

Changing any location, rotation, scaling and dimension property in object view only changes the property of the object that effects it's relation in the scene compared with other objects.

Changing any location, rotation, scaling and dimension property in edit view only changes the property in reference to the objects origin/pivot point which directly affects it's relative scene data.

Scaling an object in edit mode and selecting the whole object (hotkey a) and scaling it's size 10x (hotkey s10) will effect the dimensions you see in edit mode as well as the dimensions in object mode since the actual object is 10x larger and should be reflected so in the scene.

This brings about a reason why people reset the object scale to 1x at various points in there project with Ctrl-a applying scale and rotation. Knowing that resetting the global scale (scene scale) to 1 in the X, Y & Z planes will make an object understandable from a users perspective.

Example 1) I model a 3d car and look at it in the scene. Normally you would want it's scale set to 1x so you have a simple relationship to other cars in a scene.

Example 2) It can make calculations easier. Imagine animating an FFT for spectrum analysis of audio waves. You can have an X base of 1.35 units, Y base of 35.56 units and Z base of 3535.5 units on an object you plan to animate and you want to move X in relation to Y in a 2 to 1 ratio. Debugging oddities is simpler at the lower branched levels of mathematics.

0
Edge length wrong with scaling option
33
Why are the longer edges being beveled more?
9
How to set absolute bounding box dimensions of a group of selected elements (vertices, edges or faces)
3
objects disappear when rendered
2
Why does Undo only sometimes work?
1
Viewing camera shows distorted geometry

4
How can I scale bezier points without curve anchors being affected?
6
What setting locks local rotation and scaling of an object?
1
Rotating & Scaling
0
Why does pressing a transform hotkey not display the axes on the selected object?
0
Shear in Object Mode not working
1
How to imitate scaling a mesh in Edit Mode without Edit Mode (ie. keeping object transforms at 1, 1, 1 with modal control of the scale)