I can no longer augment the SUBDIVISIONS> VIEW parameter, to increase how the mesh looks on-screen, using the subsurf or multires modifiers beyond "2". Raising the parameter above 2 has no the object's representation. I do remember being able to raise this parameter to obtain perfectly smooth objects. What am I missing here? Is there a setting that's off? See the images below: 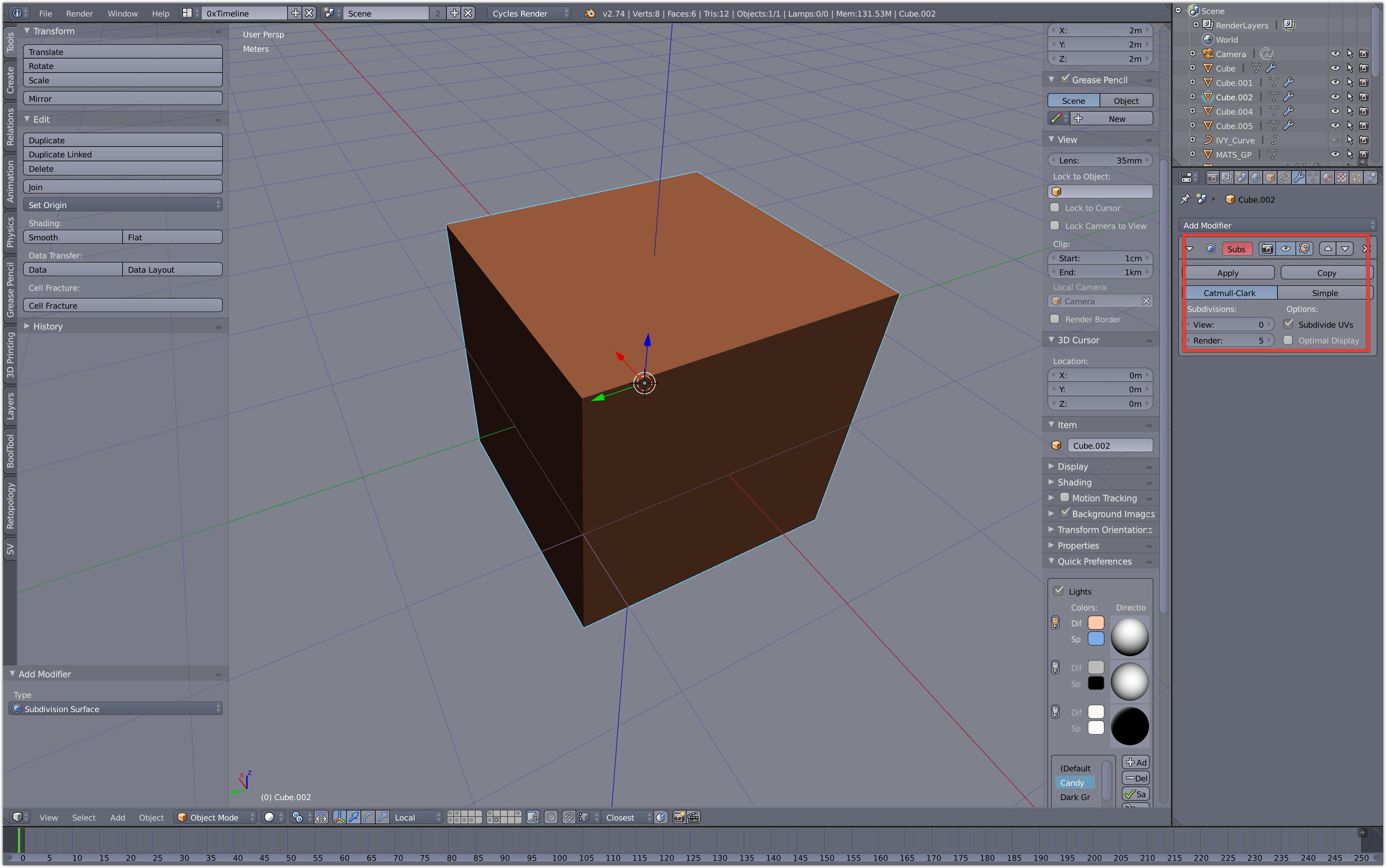 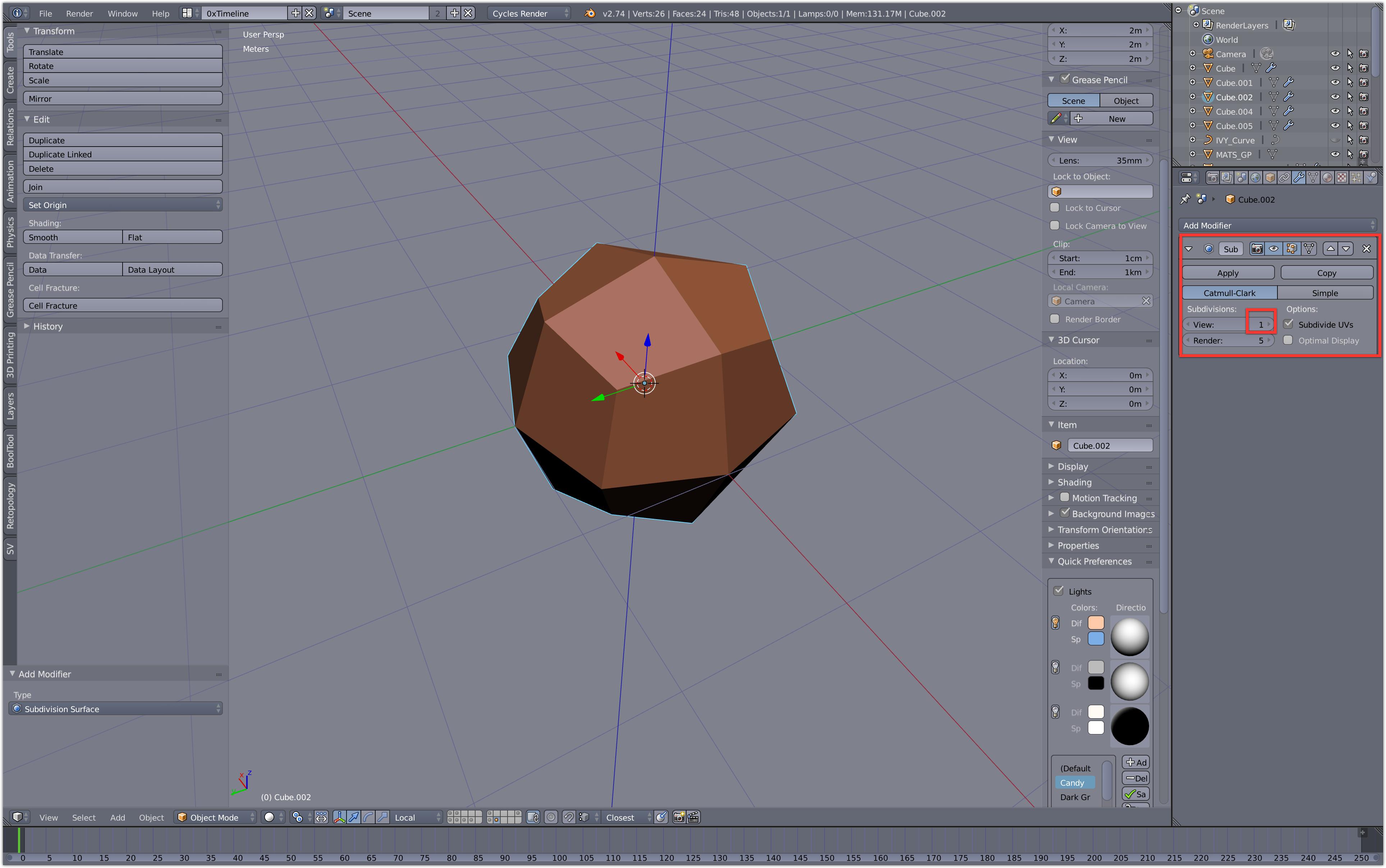 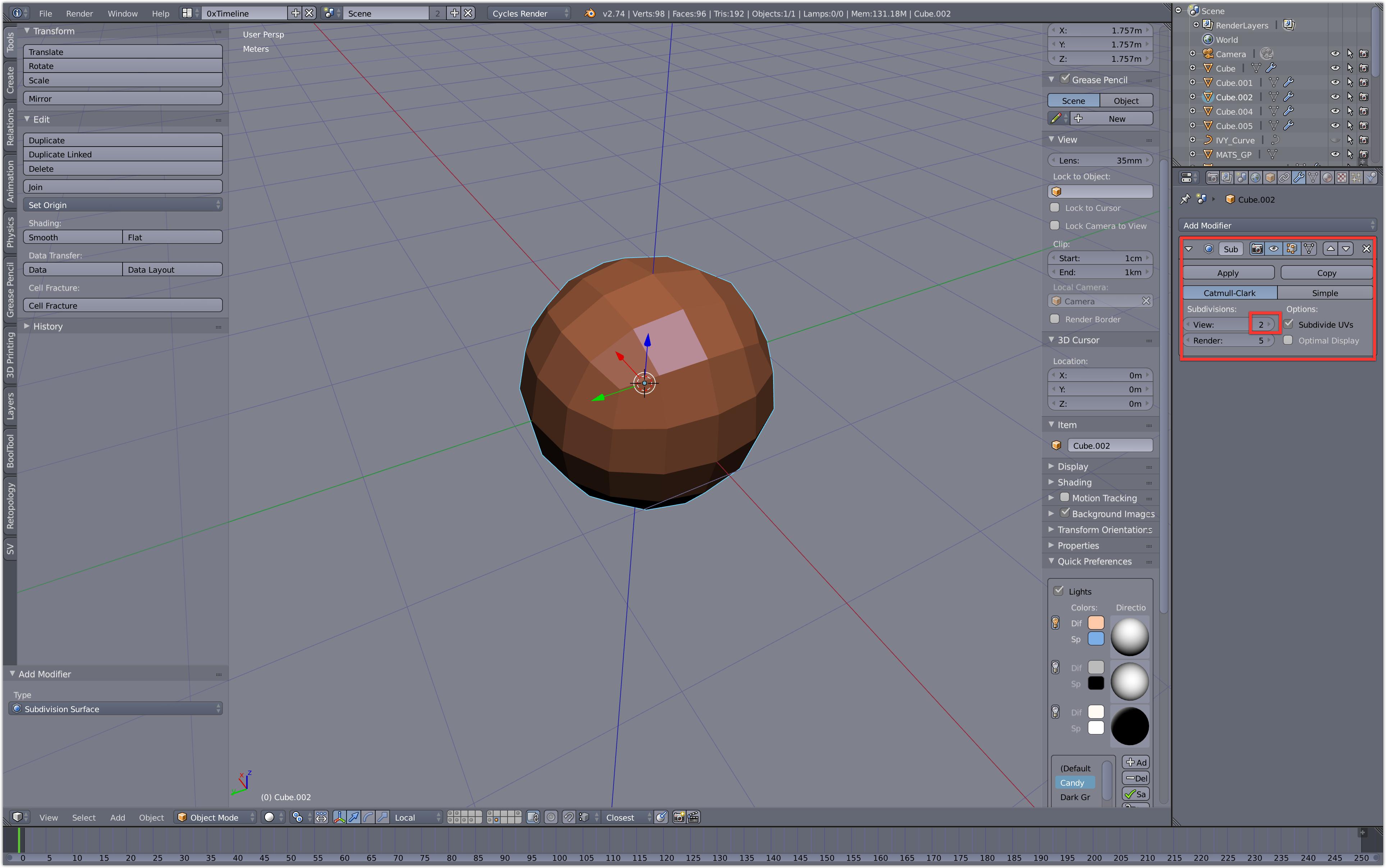 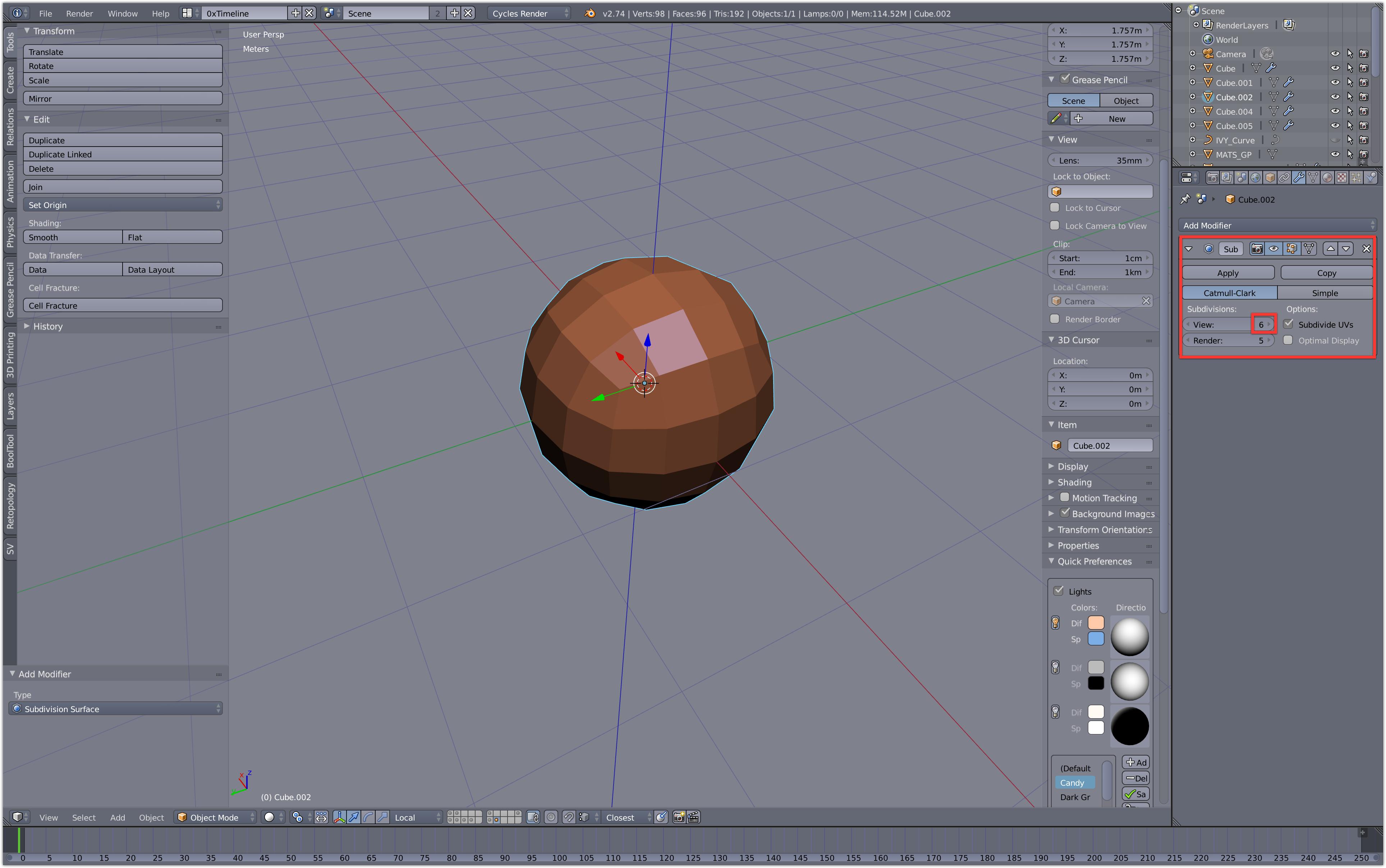 It looks like you may have enabled the 'Use Simplify' option found in the 'Scene' tab of the 'Properties' area: 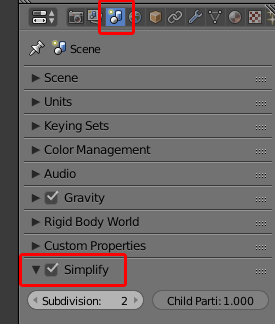 So a simplify subdivison level of '2' will mean that no subsurf modifiers will be able to subdivide objects higher than level 2. Setting it to zero would effectively turn all subdivisions off.

It can be useful when you have a very dense scene, with many subsurf modifiers and want to render it quickly as a test.

3
How to bake object with cloth simulation and subsurf (not applied)? Having trouble using .mdd method
0
using subsurf modifier to object with boolean undoes boolean
0
How to create editable object mesh for an object made using modifiers