Is it possible to use more than 20 layers?

Is it possible to use more than 20 Scene layers or Render layers in Blender?

No. A Scene object only contains exactly 20 layers, no more, no less. But if you mean render layers, the upper limit is 32768.

While the 3DView is fixed at 20 layers, you can get similar functionality using groups. By having the outliner list groups you can show/hide all objects in a group at the one time. This method hides objects, so is basically a shortcut to hide/unhide multiple objects without having to manually select each one.

The catch with groups is that while an object on a visible layer is always visible even if a second layer it is on is hidden, using groups means all objects in a group get hidden even if they are in another group that you want to stay visible. You also don't get easy keyboard shortcuts to hide a group.

As mentioned above, Blender is limited to 20 layers (this may change with version 2.8). There are two useful addons that try to bypass this limit: Super Grouper and Objects Layer Manager

Objects Layer Manager is very similar to using groups, as described by @sambler above. The issue is that if you would like to temporarily hide some objects, when you unhide them, it resets the visibility of the layers within the addon. 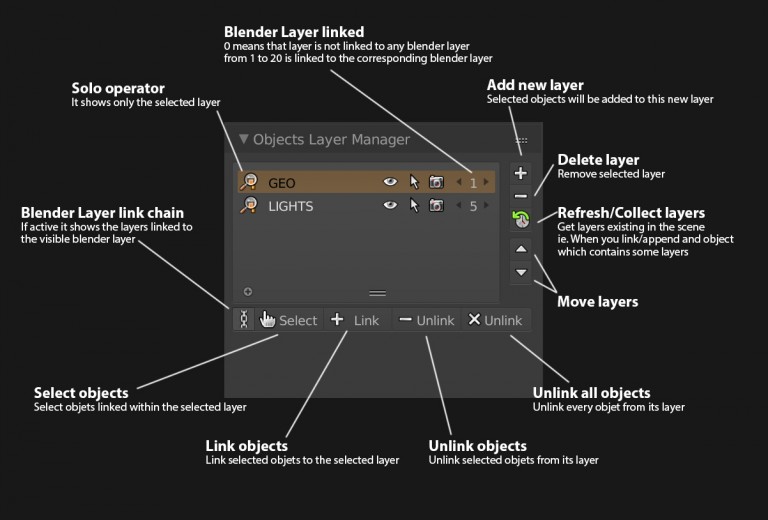 Super Grouper, on the other hand does not simply hide and unhide objects, but temporarily moves hidden objects to a different scene, meaning that the layer system provided by the addon does not interfere with any hidden or visible objects within the current scene. 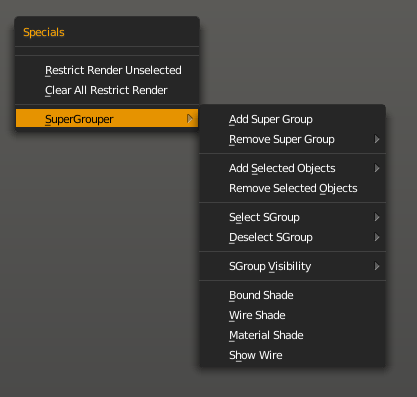 Not the answer you're looking for? Browse other questions tagged render-layers layers or ask your own question.

1
Is there a way to make more then 10 layers?
3
How to move objects to new Render Layer?
2
Can I model a house in a way that I can turn details on and off?
0
Render queue, more layers?

1
Is it possible to use different compositor settings for different layers?
1
Use render layers in sequence editor
2
Can you view 2 or more layers simultaneously?
2
Blender 2.8 View Layers - “Exclude” feature
3
How to save render layers for later use