I would like to be able to access properties of the current scene such as render.fps, frame_start, and frame_end from within a python driver script. I have some data that is defined in terms of seconds, and I'd like the drivers consuming that data to work in two different scenes which have different frame rates.

Inside script editor define your own function and register it for driver use: 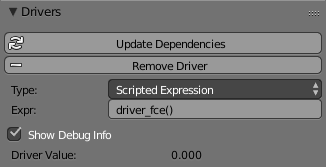 Note that such drivers on node properties do not update correctly and its better to use frame change callback handler instead in that case.

You can do this by setting the Variable type to Single Property, and the prop type to Scene. As ive done in this image.

If you want to do it in the python you can address the scene directly, rather than using context.

you can find most of those information in the outliner, in the data-block, you just need to search a little bit section 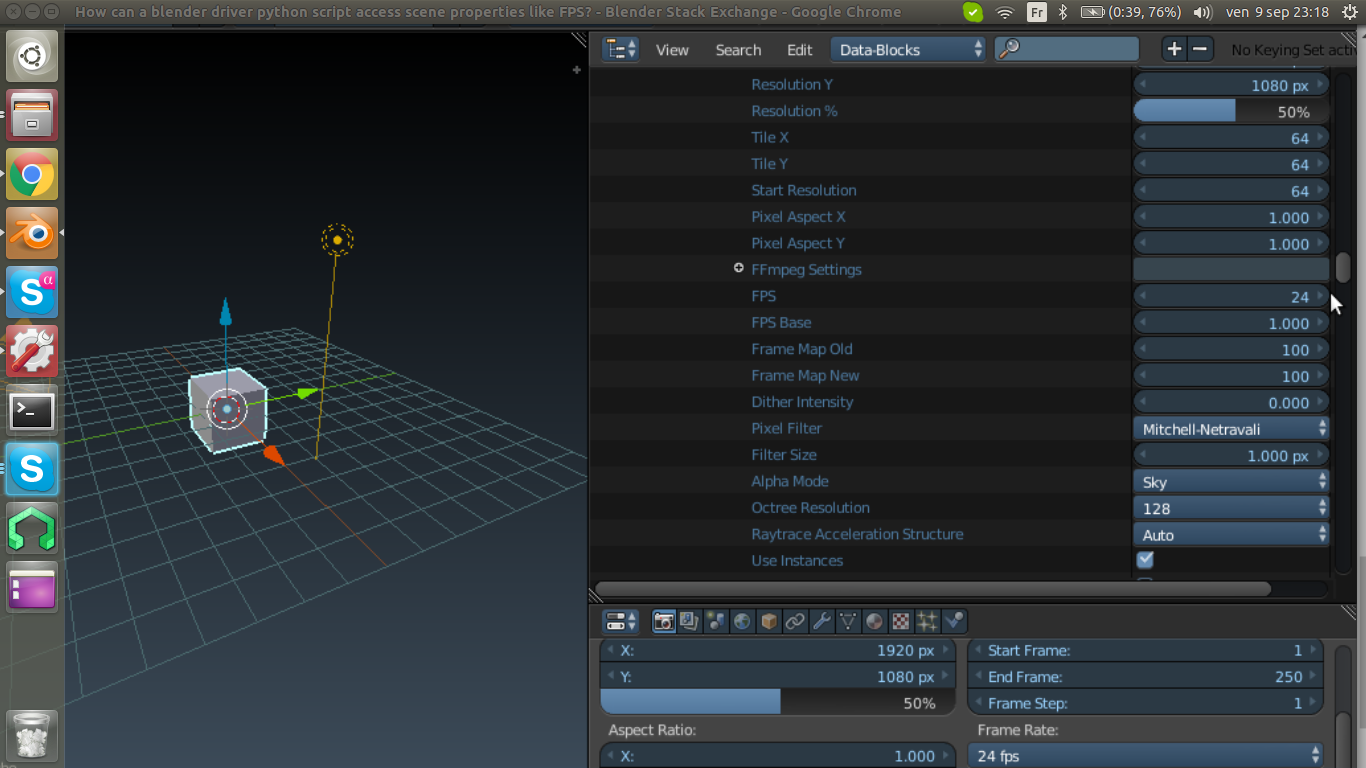 3
How to access shapekey driver via Python?
5
How to add a driver via python?
3
Can we use just a script for a driver?
4
How to access driver f-curve data with python?
3
How Can I modify drivers properties via python in blender?
1
How to change mesh using driver like cgcookie cookieFlexRig?
3
Invalid Python expression when using driver with Python script
1
Error when Adding a Python Script to a Driver
2
How to update the dependencies of a driver via python script?