How do you loft between curves?

How do you loft between curves in Blender. I am finding tutorials on the subject but they seem old and outdated. Is there a current way to do something like that? (In version 2.74)

NOTE: This is not a duplicate post because the answers that were posted are no longer valid. The CurveTools Plugin doesn't seem to work in version 2.74. Has it been replaced with something else?

Blender is primarily a polygon based modelling tool. Curves have received some attention over the years and are quite acceptable as modelling devices now. However Lofting, which creates surfaces from Curves (or potentially NURBS) is, if we are honest, a little bit of a Fiasco, still in 2015. Those of us who want that functionality seem to be in quite a minority, else it stands to reason that these features would be much better supported.

The power of the Bridge Tool and the CurveTools addon shouldn't be underestimated. From what I can tell CurveTools is still semi-actively under development.

Your question is, "how would you loft between curves"? I use Sverchok (Node based geometry addon for Blender). 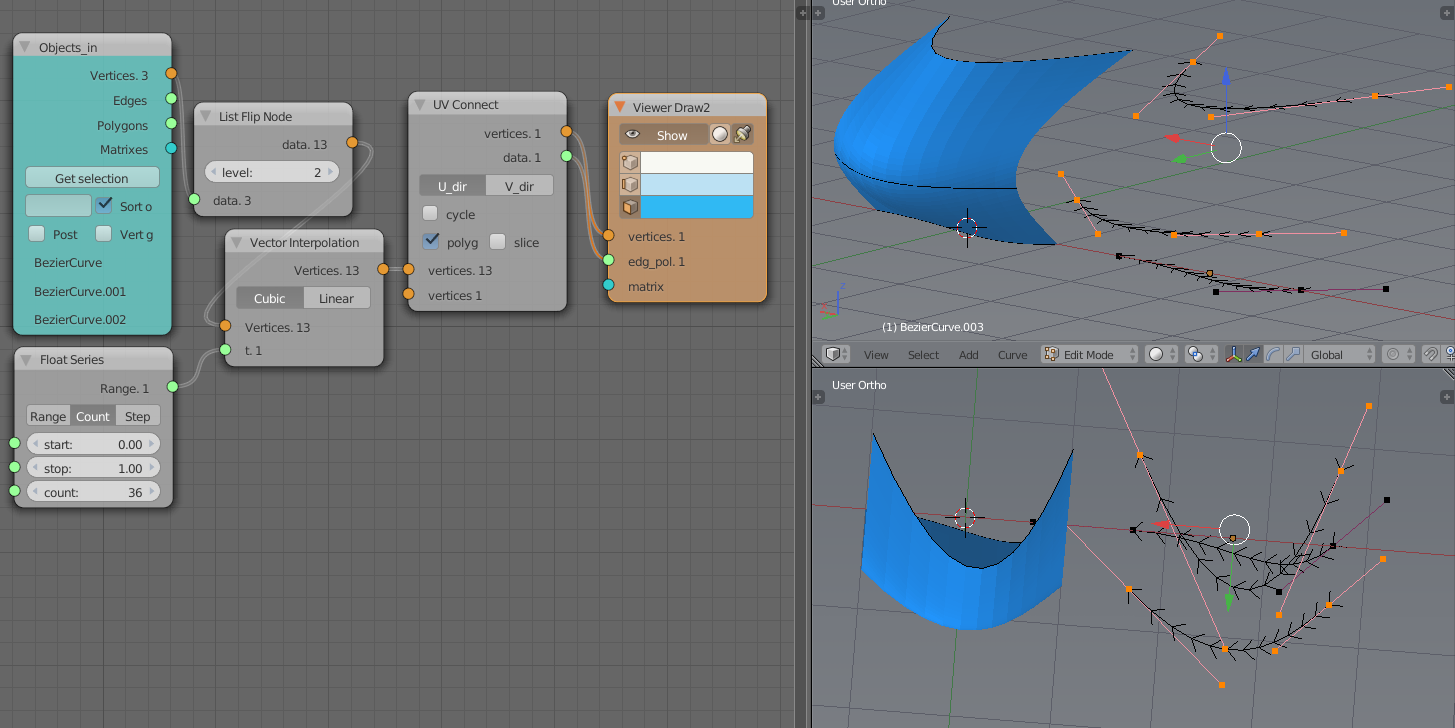 While the example image shows three splines which are part of the one curve, this is to illustrate only the control points of the splines. For this to work in Sverchok you

For live updates you need to scrub the timeline or have it playing, it's a bit of a hack.. but it gets the job done. 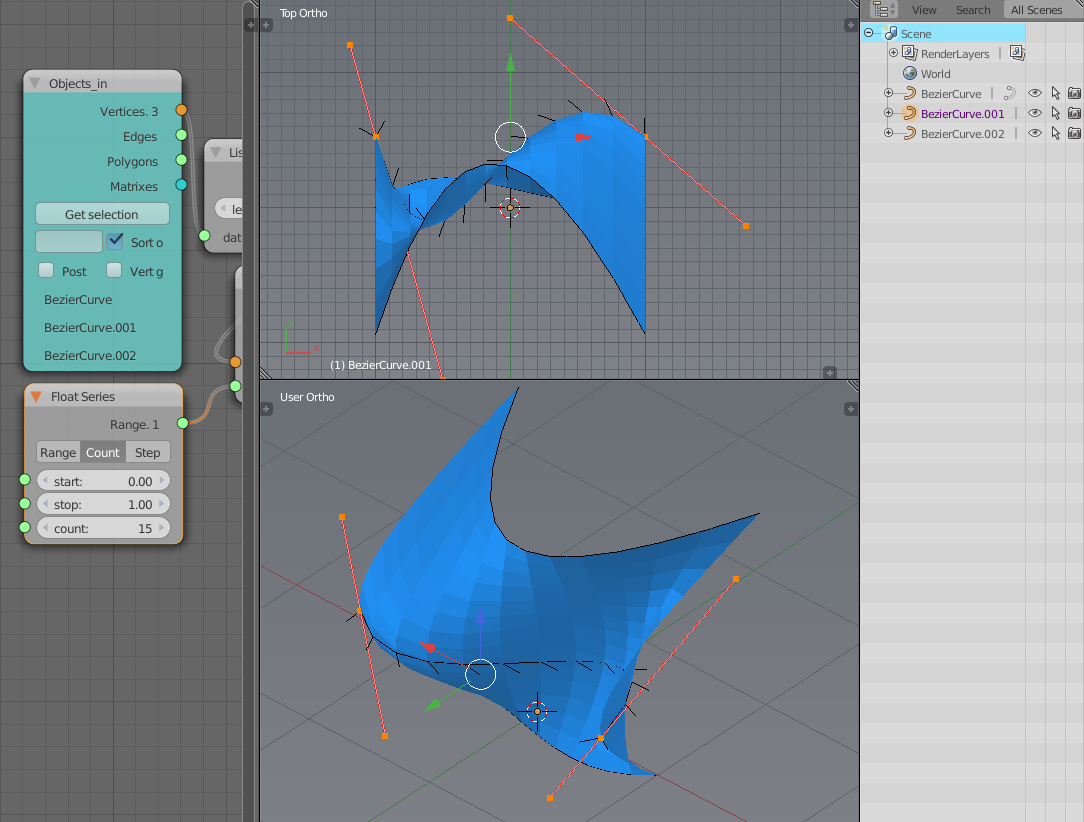 8
Create a surface within bounding curves?
5
Why can I not use the Make Segments command on my Surface NURBS Curves?
3
Blender sverchok lofting with array of boxes
1
Non destructive curve to mesh ?

10
How to make UV loft like 3ds Max in Blender using curves?
8
How fill face between irregular curves?
2
How to invert f curves?
3
Create Additional Curves Morphing Between 2 Input Curves
0
Distance between two Bezier curves
0
How to clean up these curves
2
Joining more objects breaks fill