How to avoid terminator artifacts while still using smooth shading and the new pointiness attribute?

I'm sure we're all familiar with the Cycles normal bug (aka terminator bug) that causes bad shading on sharp edges when smooth shading is set. The normal fixes to this are to use higher levels of subsurf (which lessens but does not remove the problem), or the Edge Split modifier which solves it by splitting the sharp edge.

I want to use the new Pointiness attribute in Cycles materials. However, it doesn't work on areas that are Edge Split, because the edge is now technically open. If I turn off edge split, then it works, but I'm hit with shading glitches again.

What can I do that would let me use pointiness and edge split (somehow get the pointiness data before the edge split is applied?) or counter the shading glitches in some way other than edge split?

You can use autosmooth (added in 2.71) instead of edge split: 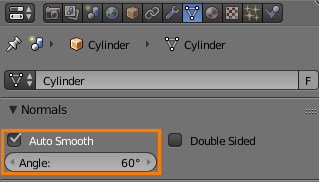 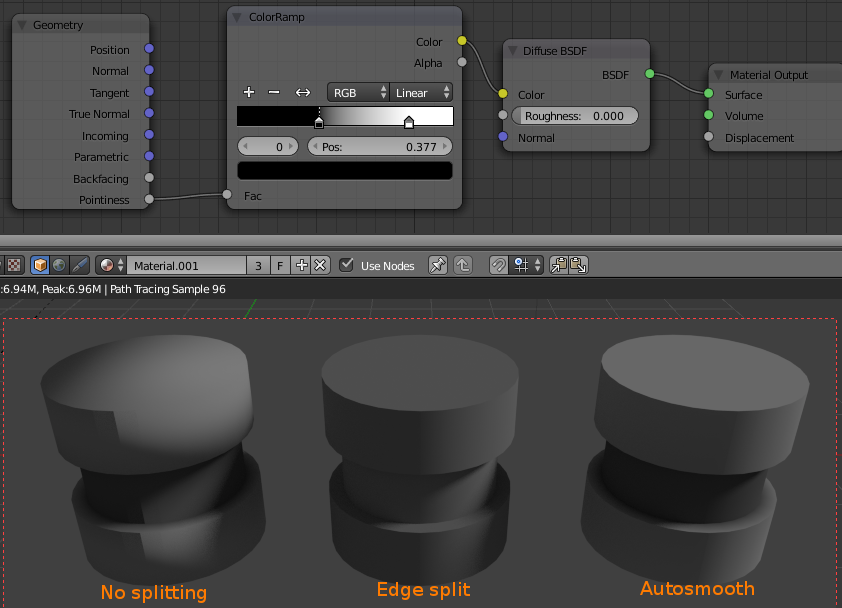 It works exactly like edge split, but without actually splitting the edge.

Not the answer you're looking for? Browse other questions tagged cycles-render-engine materials modifiers normals or ask your own question.