I am teaching a Blender class and my advanced students are animating a scene in Charleston Harbor set during the Civil War. Since I am a CAD guy, creating a scaled version of a harbor chart using AutoCAD and Inventor was easy for me but creating a varied elevation was not. I extruded the landscape to an elevation of 20 feet it is flat. I'd like some help finding an easy way to give the mesh a varied height based on the harbor chart shown below. I plan to use the chart as a texture over everything.

You can find the text I am using at http://www.cdschools.org/cms/lib04/PA09000075/Centricity/Domain/81/BlenderBasics_4thEdition2011.pdf. On pages 32 & 33 of that text it shows a process similar to what I have in mind that divides a plane into squares and changes the height by selection and movement of vertices upward. That would work for this but I don't know a way to make an accurate measurement of height for movement of a mesh as large as the one I am using (8 x 10 nautical miles). One can scale an object by typing the scale factor. Can I move vertices up in that manner?

Is there a way you can show me that allows me to paint height areas rather than to drag them up? It would be great if I could add the harbor chart over the land areas as a texture and use it as a guide for changing the elevation of pertinent areas. 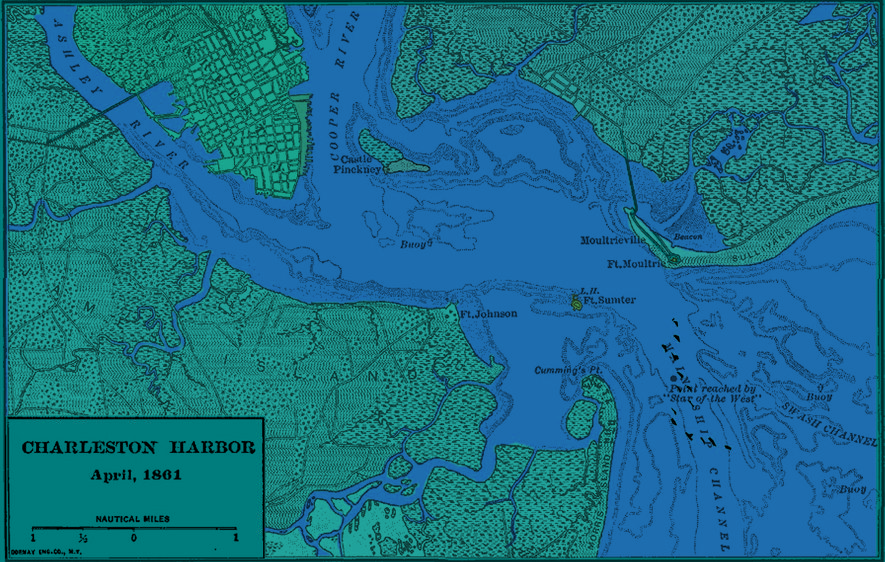 A map with 3D elevation can be generated from images. 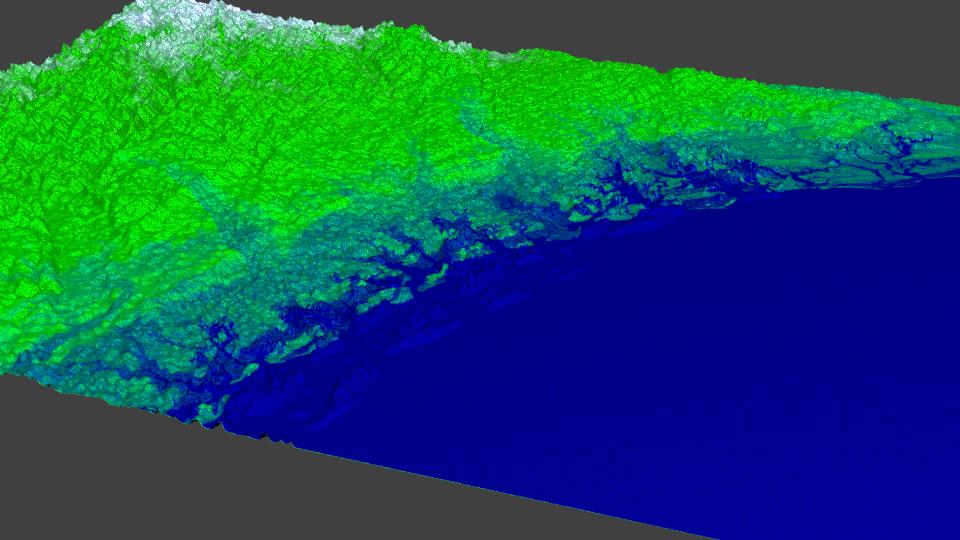 In Blender 2.76, here is a workflow for generating elevation maps. 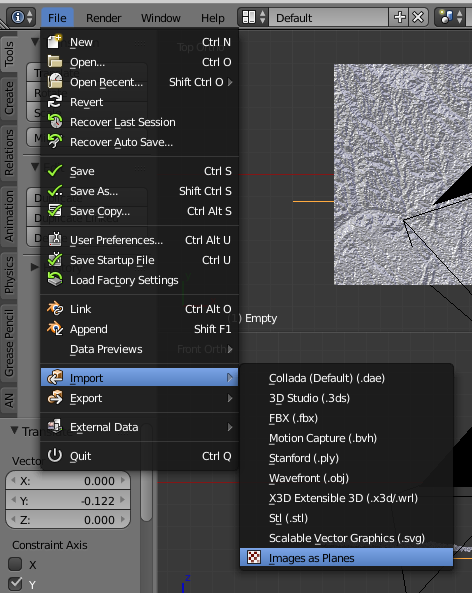 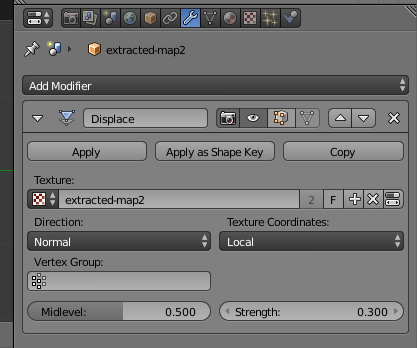 A blend file with a south-east use map imported is here:

Next I create a new grid object (or a subdivided plane, omitting or deleting "only faces" as necessary), leaving me with a grid containing only vertices. I reserve this grid, and make a copy to work with. The spacing of the vertices in the grid depend upon the requirements of the particular landscape, and the grid may not all be of uniform density. That is, there may be areas where the grid spacing is a vertex every 10 units, and others where the grid spacing is one vertex every 25 units. On one copy of this grid, I trace contour lines, for example, the water's edge, and the contours of the land, and sometimes of the water. Each contour is assigned to its own named vertex group for easy reference later. In marking the contours, I do not necessarily pay much attention to the grids.

I raise the contours to their respective elevations, and create large n-gon faces between a contour and the two contours adjoining it. I turn on the snap function, selecting "faces" as the target, and active element as the item to snap. I select the vertices, under the n-gon face, and move them along the z axis, and snap them to the n-gon face. When the vertices under an n-gon are all raised, I delete the face of the n-gon, and fill in the faces formed by the raised vertices. In some cases, especially along an edge, I may use an edge between adjacent contours instead of a face, and snap the intervenient vertices to the edge instead of to a face.

Not the answer you're looking for? Browse other questions tagged mesh texture-painting or ask your own question.

11
Landscape topography from grayscale image
2
Adding Thickness to a 3D Textured Plane in Blender
2
Attach flat mesh (or curve) to another mesh
1
Terrain Generation: Free Creation of Peaks, Canyons and Mountain Terrain
1
Way to apply height data into Displace modifier (or equivalent transformation) on a plane