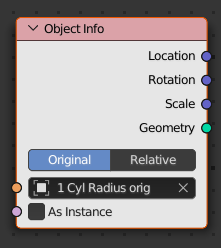 Example: I'm trying to transfer the float data of the inner radius of object 1 to object 2 outer radius

Data to be taken from object 1 (inner hole radius). 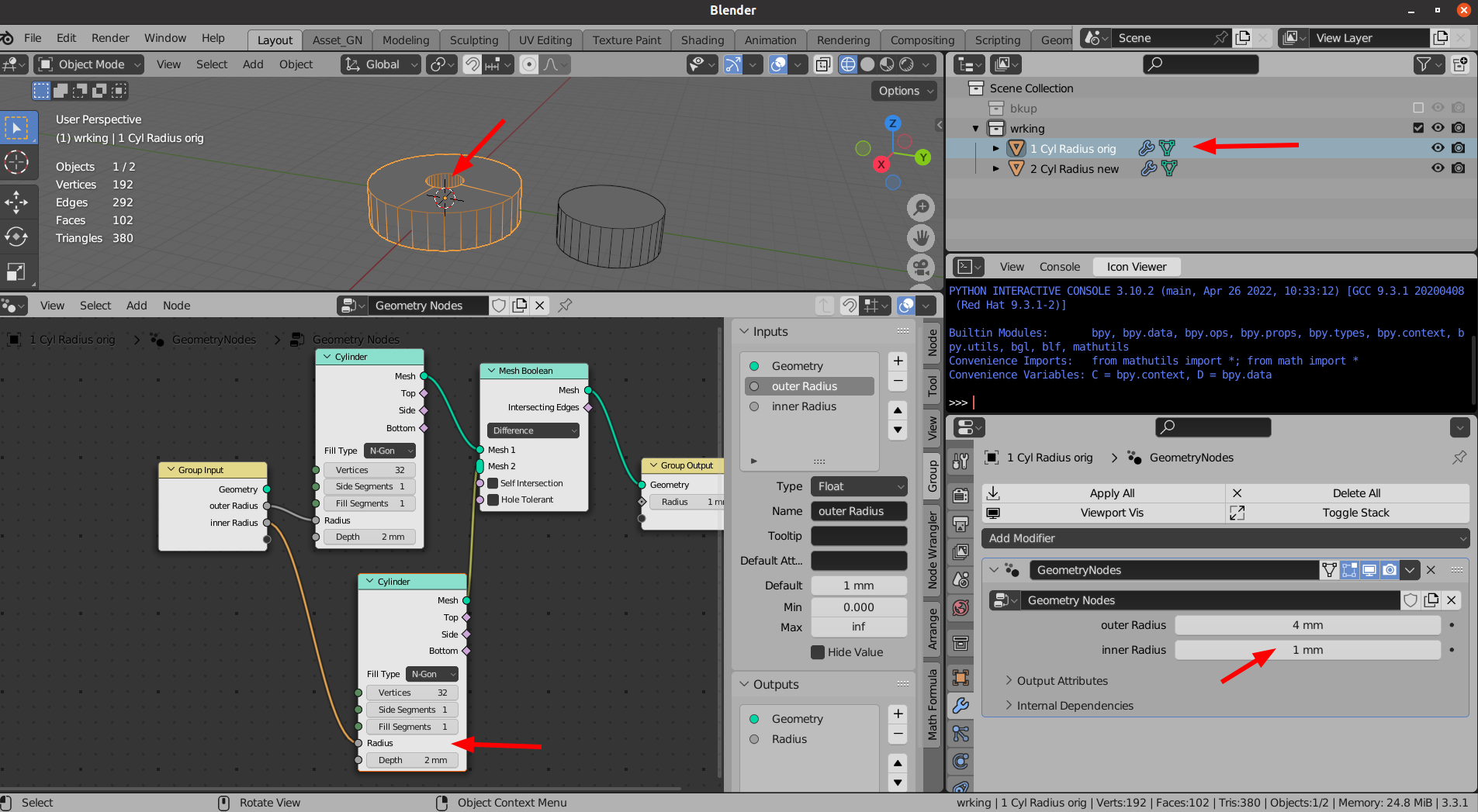 Data to be transferred to object 2 (Outer hole radius). 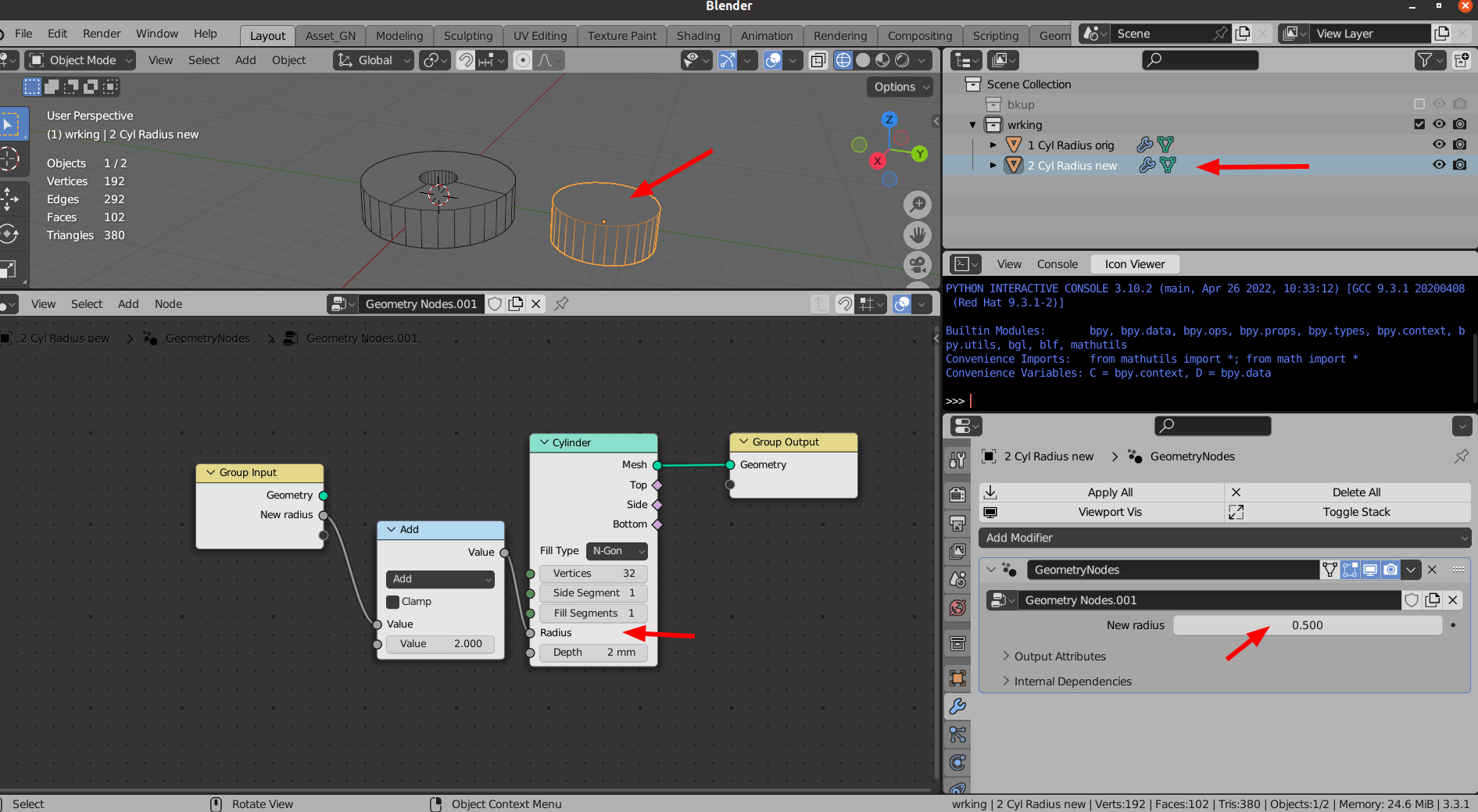 I can see the rt_rad attribute created 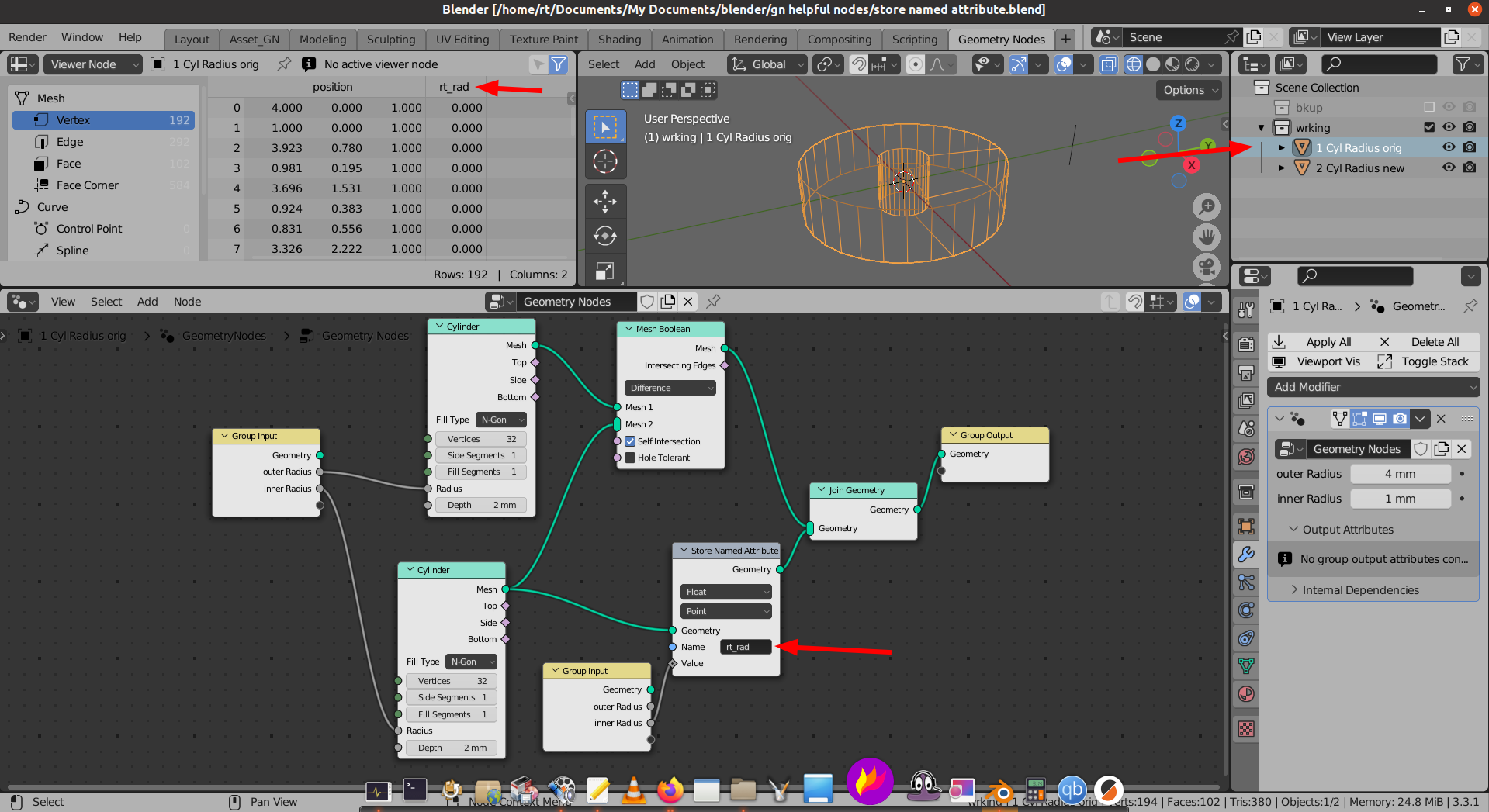 But how do I get the second object to access the Named Attribute. A link seems to be missing. 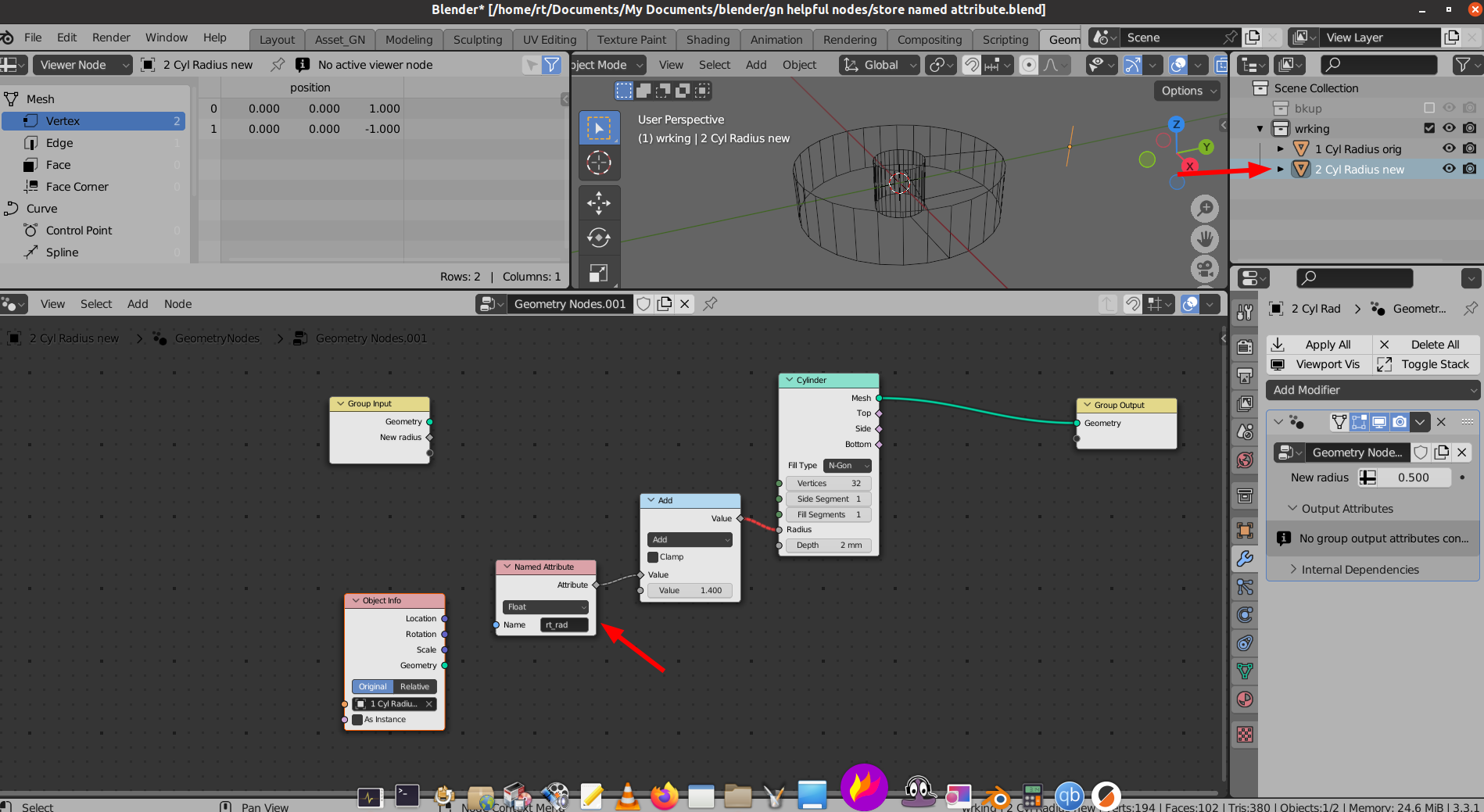 When you create a new geometry using "Primitive" nodes, you're asked for values describing those objects, like a cylinder radius. Those are single, constant values, because each such node is creating a single object, for which only a single value makes sense: a cylinder has only one radius.

However, you try to transfer that value from an attribute array, which stores multiple values, one for each element of the attribute's domain. In order to get just one, you can use an attribute statistic node: 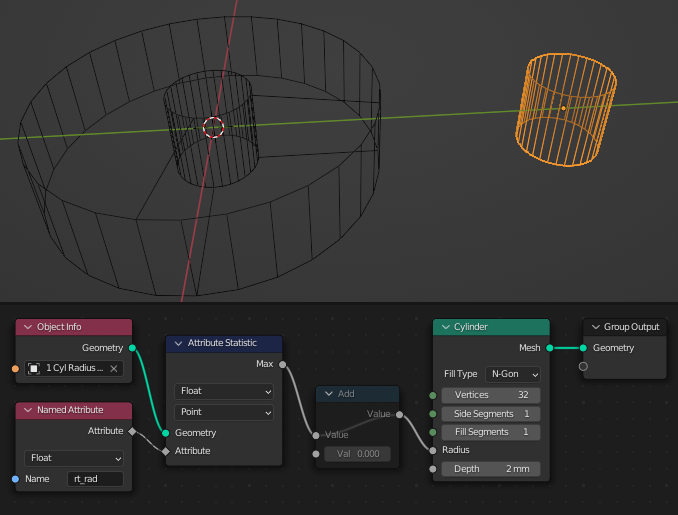 With this technique, typically it doesn't matter if you use min, max, mean or average output of the Attribute Statistic node. However in your case you're joining multiple geometries, some without the named attribute, which then is set to default 0 upon joining - so I decided to use the max.