I've just started playing around with LuxRender in Blender. I've made a scene with a sun and light going through a slit into a prism. To the prism I have assigned the prisma material from the LuxRender materials database. When I then render the whole prism seems to glow like the image below: 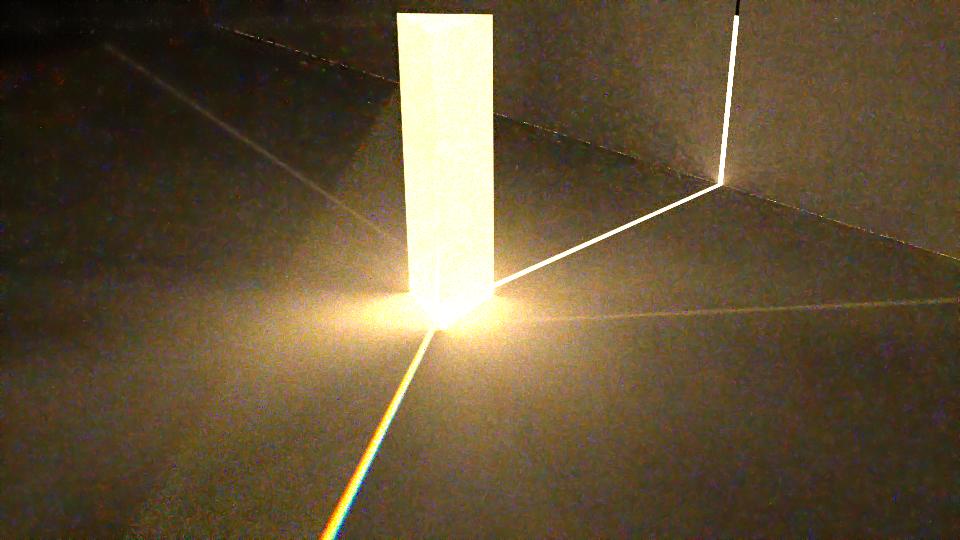 I then added the 'air' volume as the default exterior volume and the whole scene just ended up glowing: 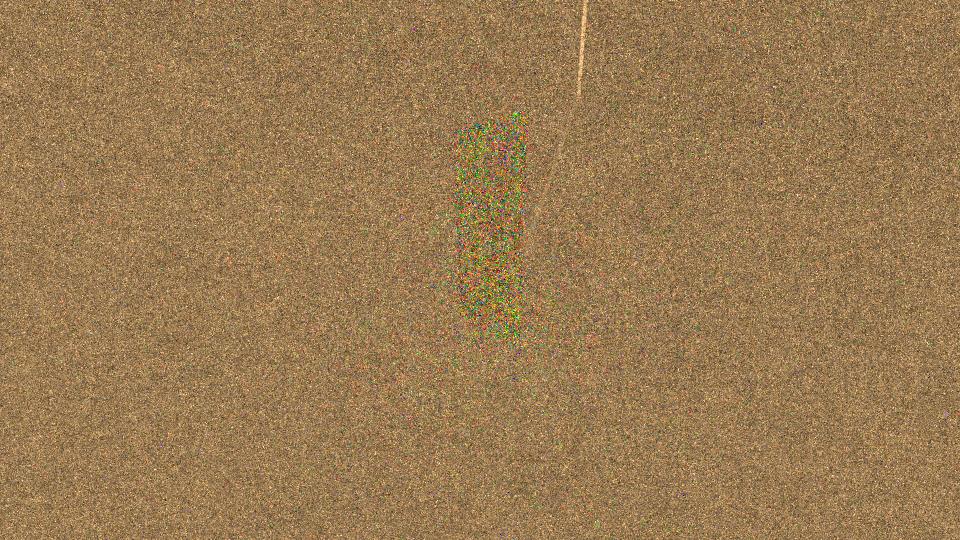 Using a Glass material I seem to be able to get some renders that look quite normal, so any help with Glass 2 is welcome! Thanks in advance. 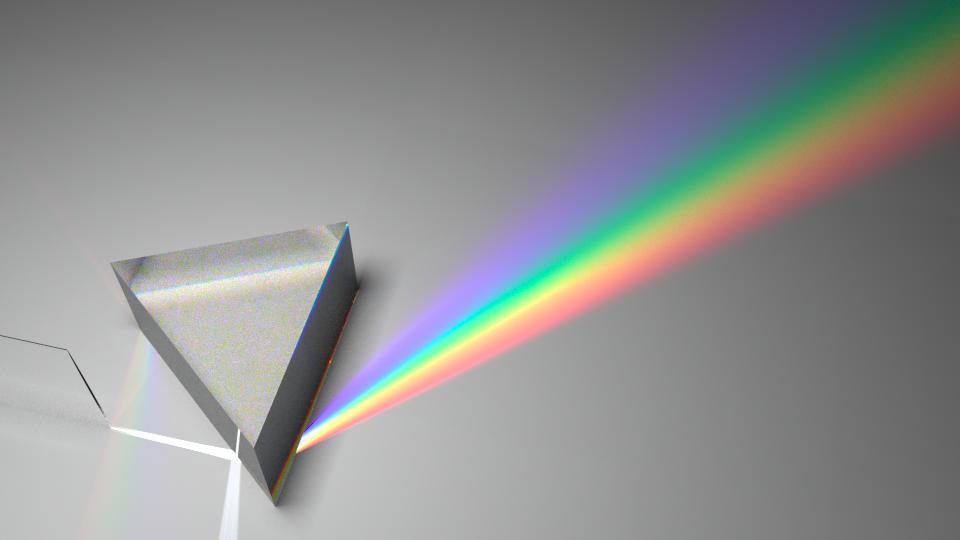 In my experience, rendering with Luxrender in Blender still (as of June 2017) means avoiding many features that innocently present themselves as "Blender-friendly" (like nodes, LuxCore API, materials conversion, etc.), and sticking to core Luxrender as much as is possible within Blender. In my opinion, this is largely because the two approaches to rendering are fundamentally different, making the "Blender friendly" attempts only obfuscate the fact that, in the end, to get the most out of Luxrender through Blender, the user must adapt to Luxrender's different perspective (on materials, lighting, rendering, outputting). This is not a criticism of Luxrender; I could say the same about how we adapt when going between Blender Internal and Cycles. That said, I do think Luxrender's "Use Materials Nodes" button is almost an invitation for confusion, since it doesn't even appear to give access to the specific things (like dispersion, for example) that make me sometimes choose Luxrender for a particular use.

The rules I tend to stick by when using Luxrender in Blender:

In regard to dispersion (the prism effect you are looking for), all you need to do is go to the Materials tab, select material type "Glass", and turn up the "Cauchy B" slider. 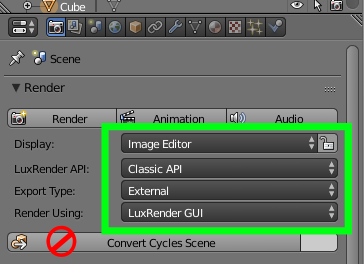 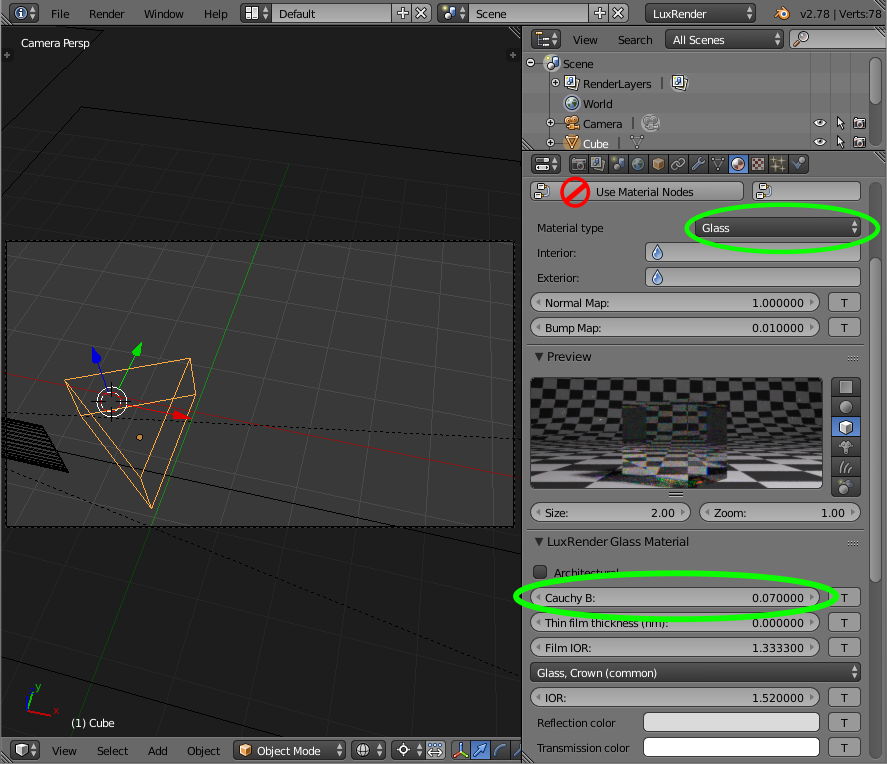 Not the answer you're looking for? Browse other questions tagged rendering light luxrender or ask your own question.

3
GPU Rendering with LuxRender - Where is SLG Path OpenCL option?
3
GPU Rendering causing strange lines
1
LuxBlend light groups
3
How to have emission plane light the scene including glossy objects but not show up in glass reflection?
0
Trying to recreate an effect that envolves emission and cant get it right at all
3
Eevee can't render refraction to file
2
Volumetric Caustics + HDRI Backdrop