I know that there are several solutions for fixing the topology of meshes that are converted from text. However, the font I'm using is Segoe Script regular, which is a cursive typeface. The key issue is that the characters overlap where one character flows into the next, and when converted to a mesh this creates a problem. The characters are overlapping but the whole piece of text is one object. An example of what it looks like is attached: 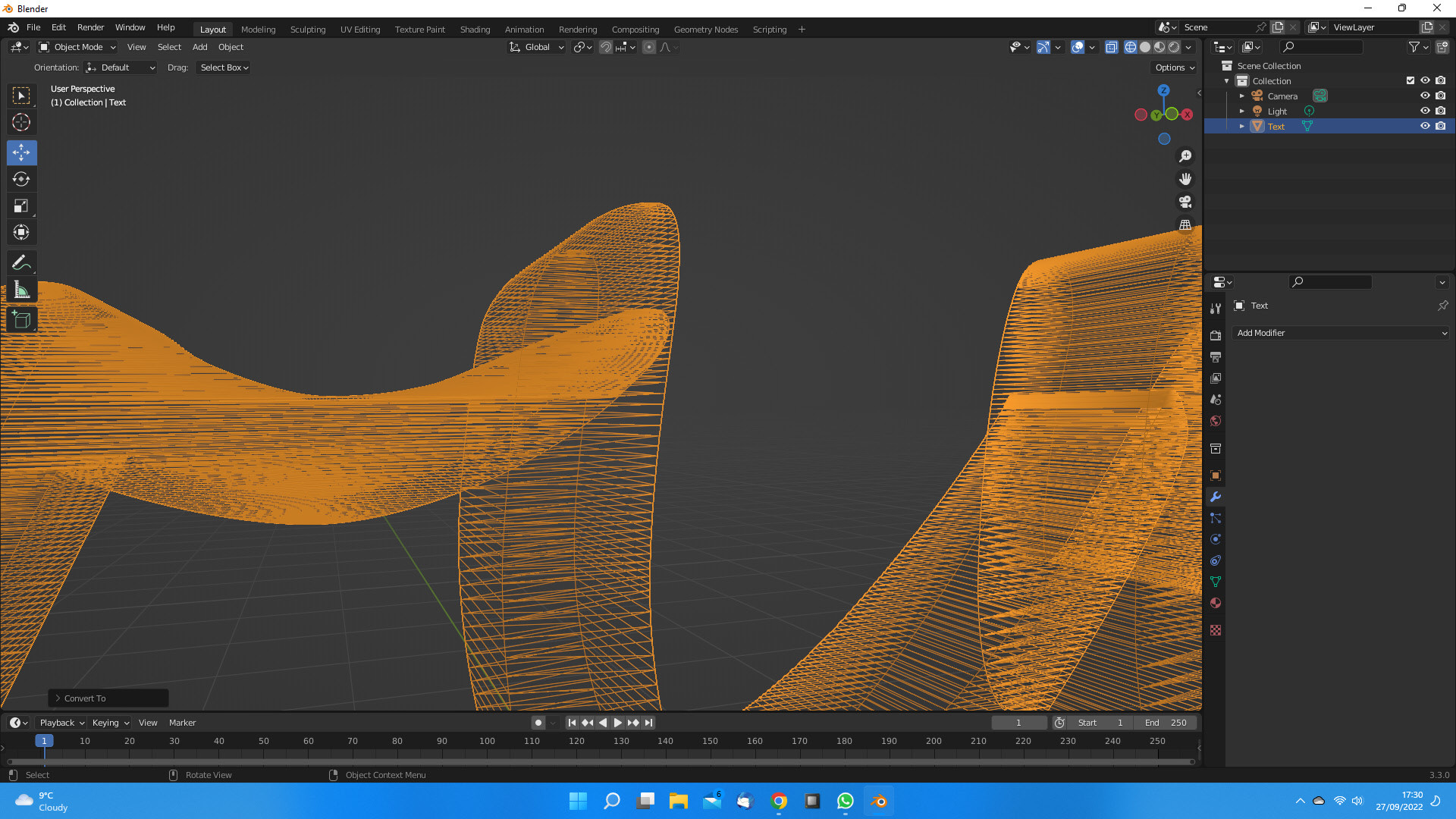 . The problem comes when you try to do something such as add a rim to the font: The characters are in an inbetween state, half separate objects and half the same object, and I have been unable to find a way to clean up the mesh so that linked characters are properly joined together.These overlapping objects within a single object also create a problem within cycles which doesn't render them cleanly either.

I've tried using remesh but that doesn't work. Does anyone have an idea? I'm relatively inexperienced at using Blender.

If Boolean would not working for you ... 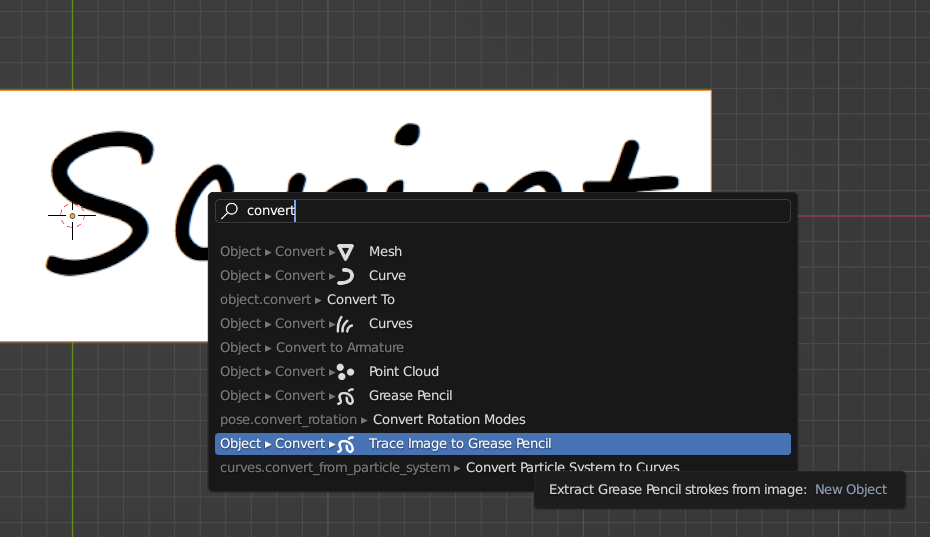 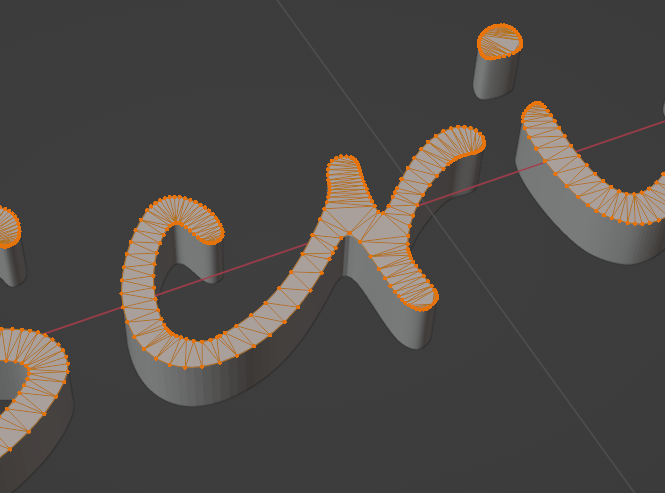 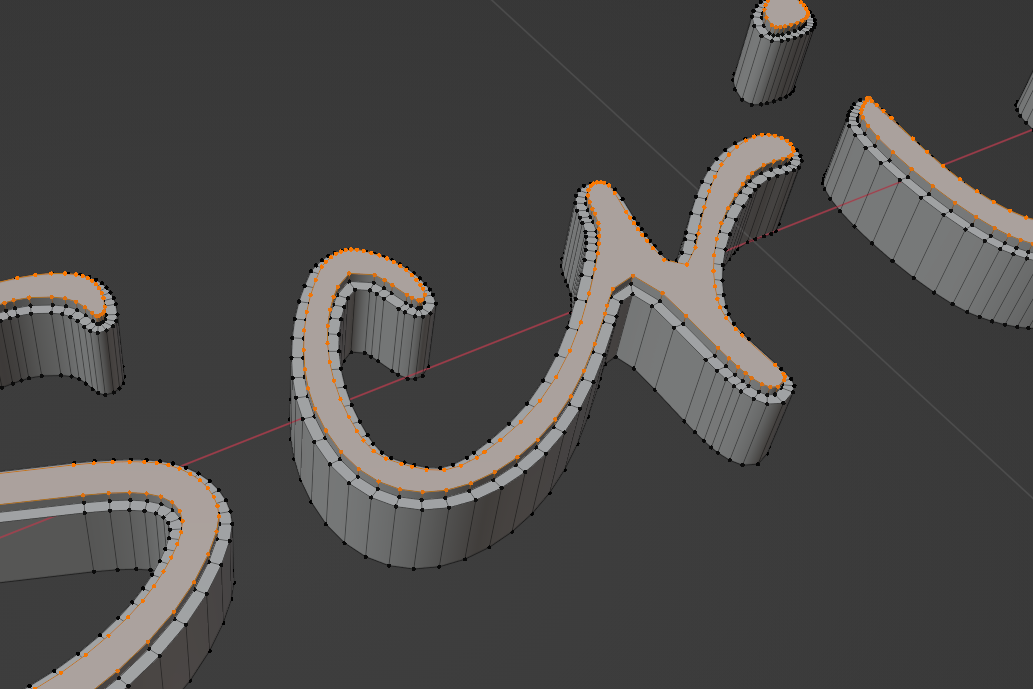 2
Solidified/Extruded text mesh errors
3
How to view OTF fonts?
0
Text on a curve with consistent length
0
How to put text in front of a greasepencil object?