I'm trying to recreate the PS3 xmb wave in BGE and have hit some snags.
So first I made a subdivided plane. Then made an empty object and attached a displacement "cloud" map to its movements for the subdivided plane. Then on the graph editor I made a generator modifier with "+0.001" on the X axis. Then did the same for all the other orientations. Made a wave modifier on the X also. After tweaking the texturing on the wave the result is quite nice. Plays beautifully in the timeline, just doesn't play when the game engine is initiated.

I've set up an "Always" logic brick to the empty objects animation, witch is in turn connected to the displacement map of the wave. The modifiers don't work when the game starts, because it seems to just freeze the wave in place whenever I start it with P. I attached a cube to the empty object to make sure the animation was working and it was. So I'm assuming it has to do with the Modifiers. The intended result is more of a live "random" wave. 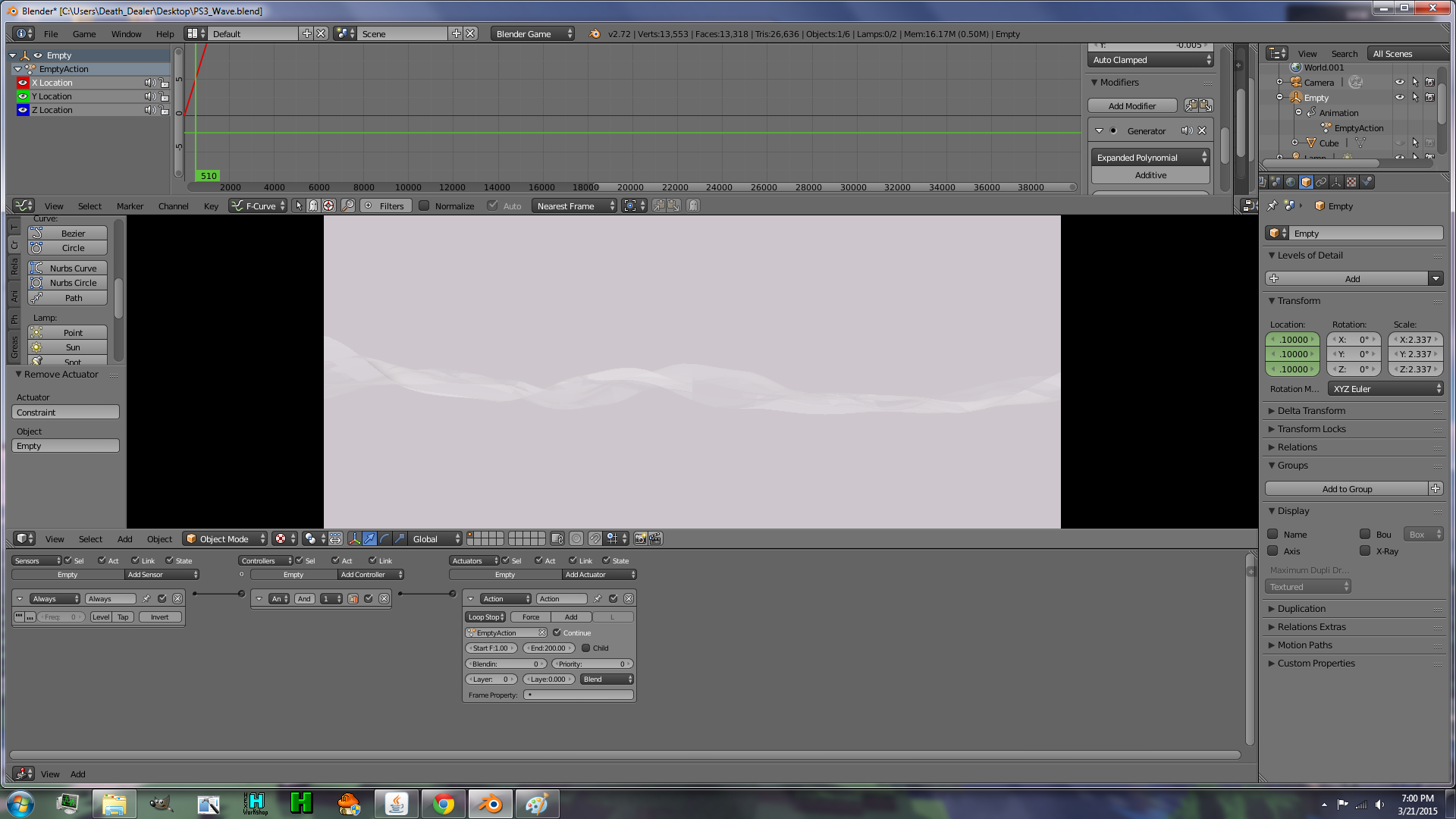 Is there anyway to get the wave/displace modifier's to function during the game?

The answer for this is Very simple. Modifiers do not update in the game engine (Only the selected frame will display) and generated textures do not work in the BGE either. What you are trying to do will not work, at least with the current approach you are trying to use. This will obviously work the previewing it in the viewport, because modifiers and generated textures work for Blender Internal, just not the game engine. When you press P, only one frame of your plane with the modifier is displaying. View This question on why modifiers will not update in the game engine.

Not the answer you're looking for? Browse other questions tagged animation game-engine modifiers or ask your own question.