Trying to do some golf course layouts in 2.73a. Would like to use topo elevation info. Currently have grayscale .jpg of site - top view. How do I get this into Blender as a "lumpy" plane?

Import an image with the Images as planes add-on, to create a plane with the same proportions as the image you want to use on the landscape. 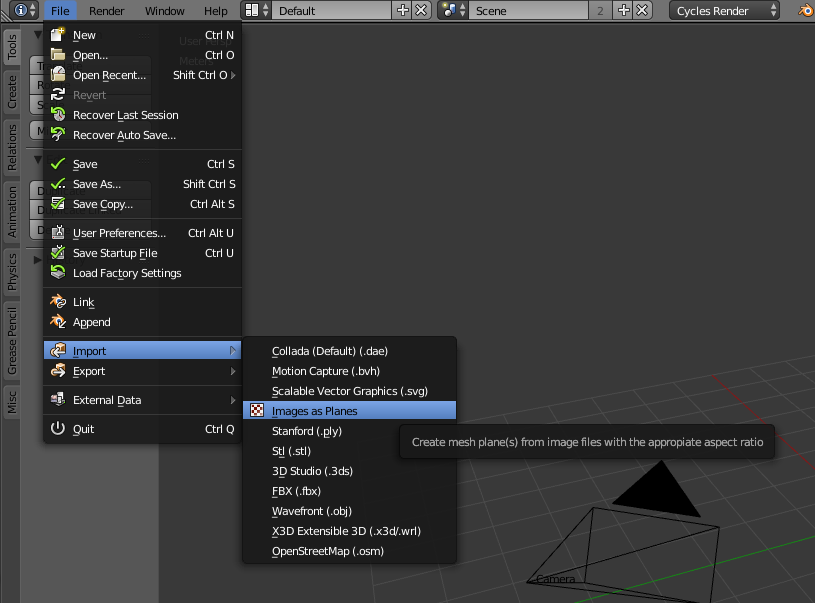 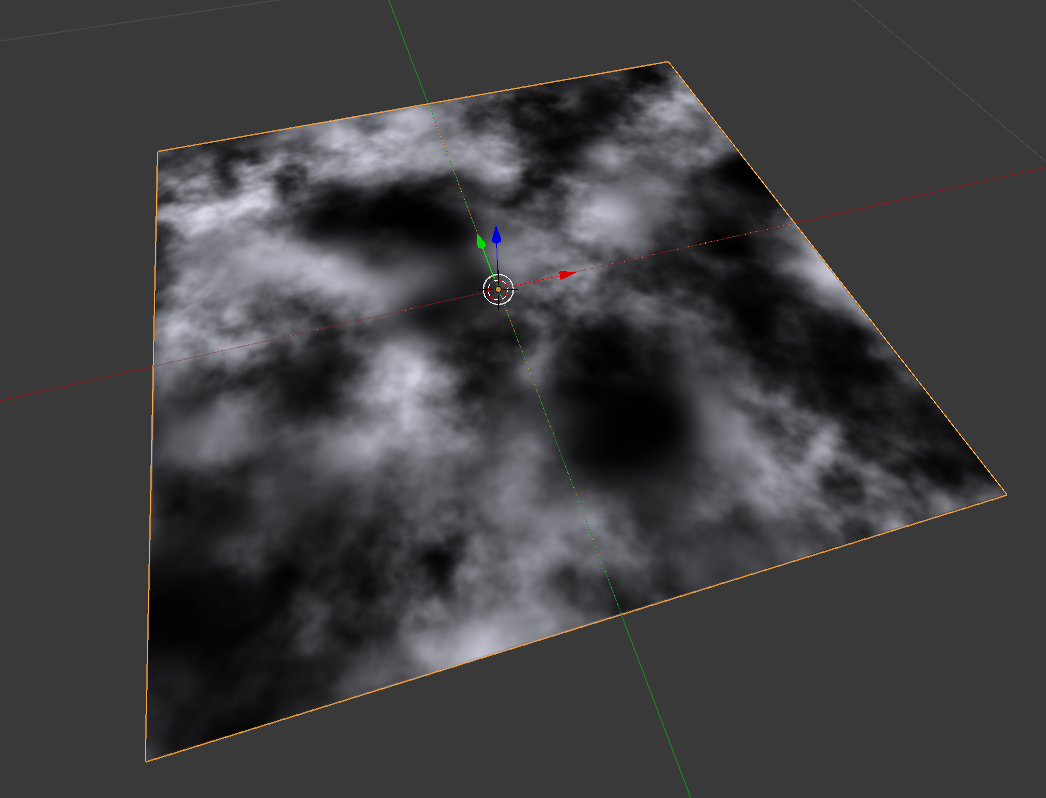 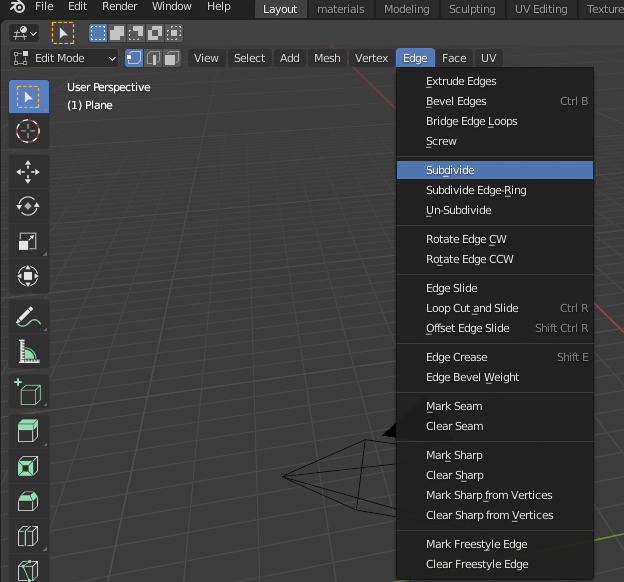 The number of subdivisions will be directly proportional with the level of detail for your displacement. 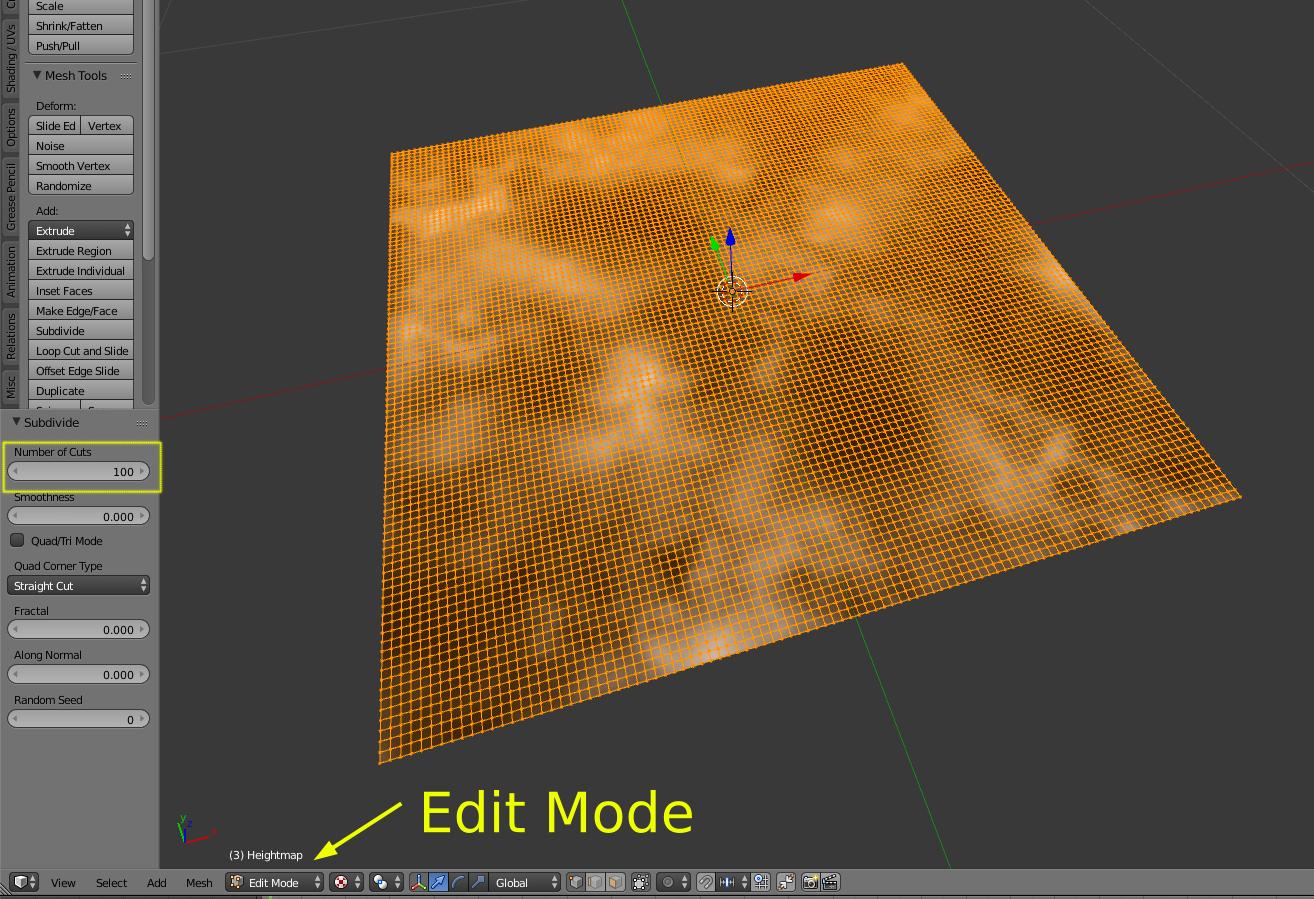 Add a displace modifier with the following settings: Direction Normal, Texture Coordinates UV (The UV map has been generated automatically when you use the import images as planes) 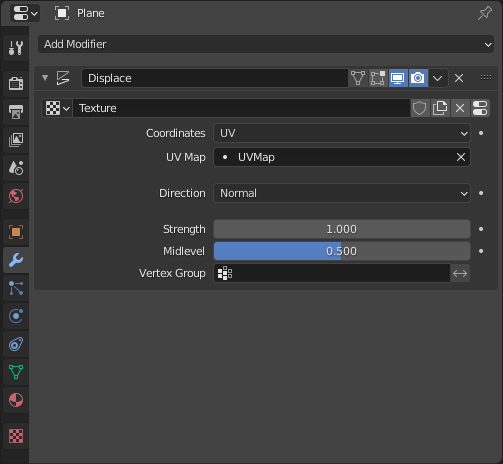 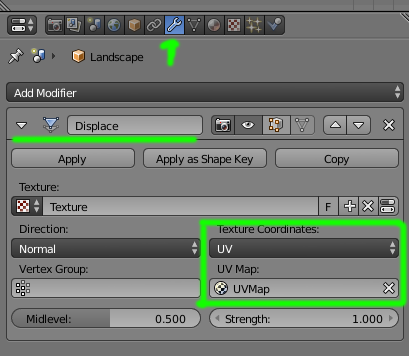 Assign the texture to be used with the displacement modifier. 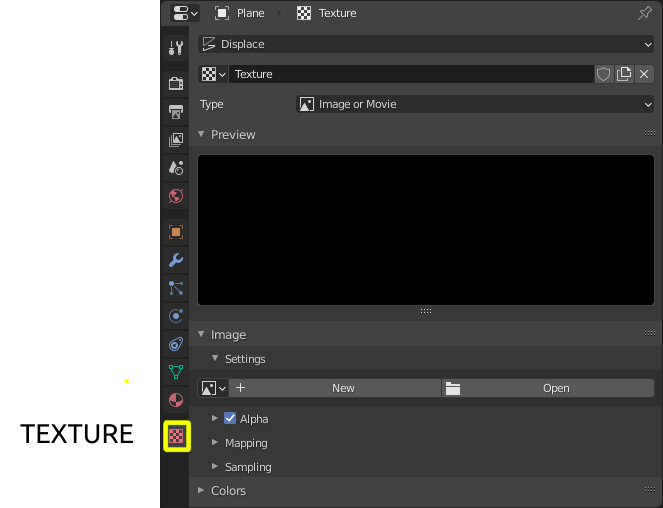 Your plane will deform using the texture. 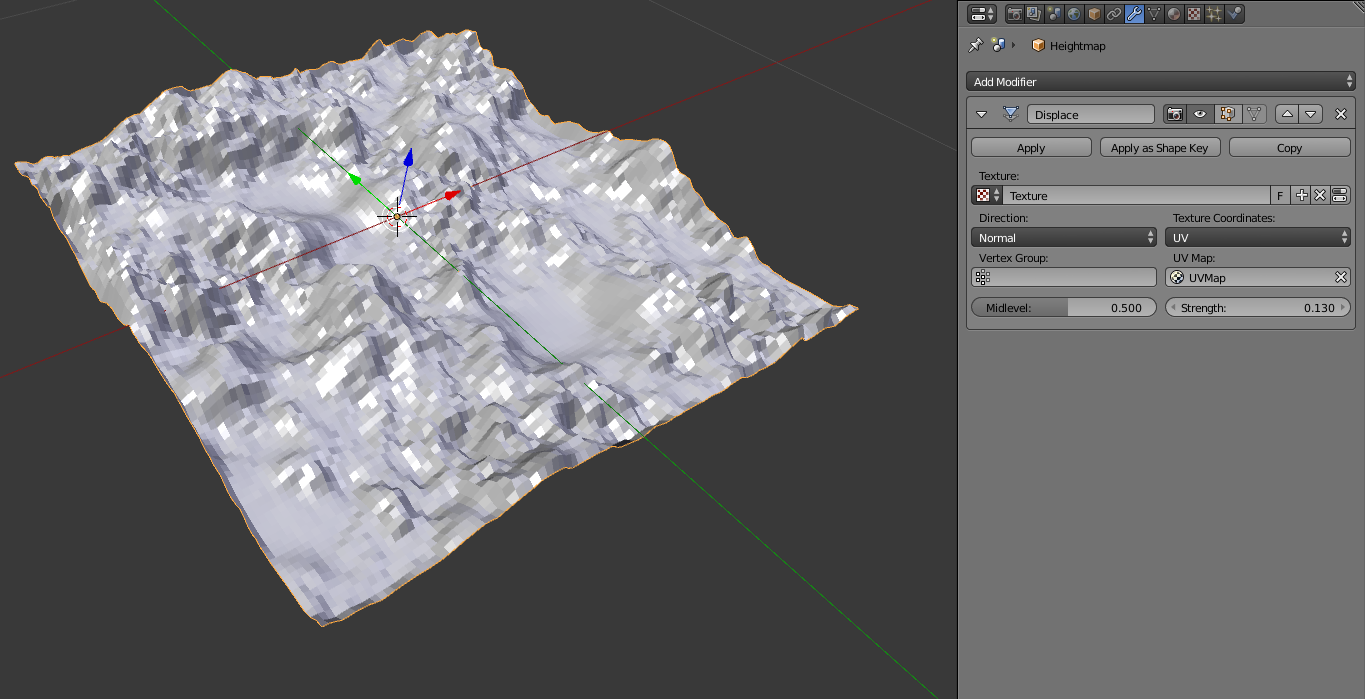 At this point you can subdivide further or add a subdivision surface modifier for better detail. To control the height on the deformation play with the Strength value on the displace modifier. 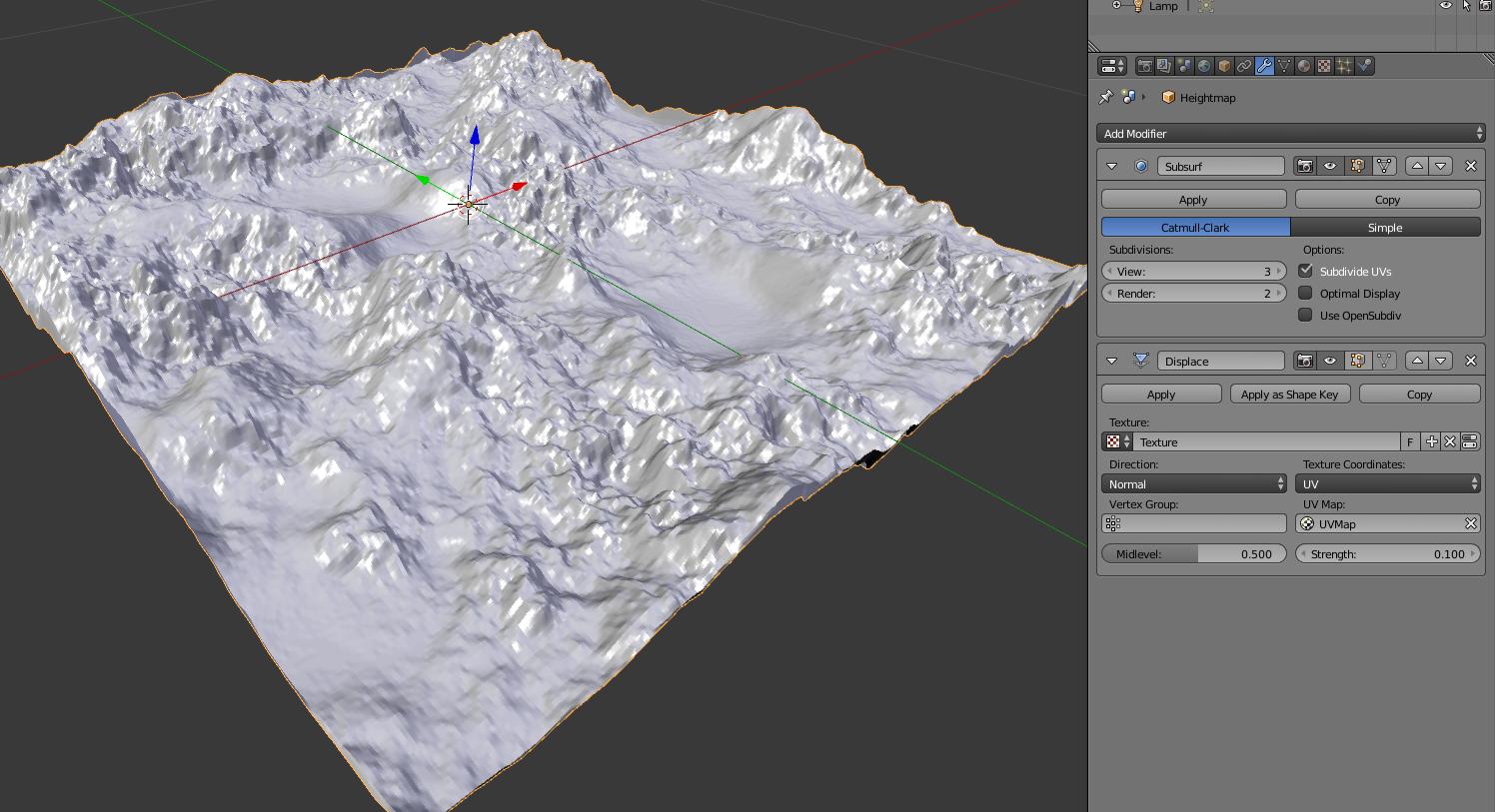 But be very careful with the subdivision modifier. It is quite easy to create a very large number of subdivisions, and that might push your system's performance to the edge or make it crash. Read:

You need to use a displacement modifier.

To set this up, add a sub-surf modifier and set it to simple. 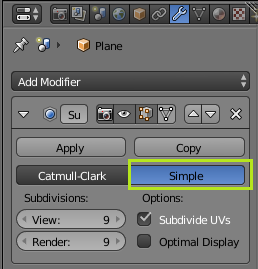 This will subdivide the plane. You will need to set the division to create a number of vertices equal to the resolution of your map. This works in binary, so if you map is 29 x 29 you will wan't to set it to 9.

Add the displacement modifier, and add your texture to it. You will now need to calibrate the strength. You will need to apply any scale Ctrl-A the default strength of one sets it to about 2/3 of a meter tall. Find the total height of the tallest point on you map, and take the height h and times it by 2/3, (h)(2/3).

You can double check that the height is correct by hitting N and look at the dimensions in the property panel. This will allow you to fine tweak the results.

3
I need to do a very simple terrain with texture map
1
Stretch heightmap over whole plane
1
Height-map low resolution displacement
15
Is there a way to do proportional editing only on specific vertices?
7
How can I create spherical topology from a 2D image?
7
Blender render crash when using subsurf modifiers.
3
How to achieve a dotted landscape
3
2D flow simulation over a surface
4
Creating a large landscape with accurately varied elevations
0
Is the add landscape button really just a pre-made Mt. McKinely?
See more linked questions

7
How can I create spherical topology from a 2D image?
0
How do I make these facial tattoos without messing up the topology using nodes in cycles?
3
How to model a television dial?
6
Create Topography map lines
4
Help modelling silicone baby fork (lumpy surfaces, lose of details, adjusting measurements of pins)