In the Fake reflections in Cycles question, there is an example of a simple shader set up. I tried it, the image is displayed in my Preview (Blender 2.73a). The rendered object shows reflection but no image. Why is my image not showing in the new version of Blender?

Jonathan Williamson has an example of how to do this on cgcookie (http://cgcookie.com/archive/tip-faking-reflections/), but it's dated 2010 so the Blender version is different - using Blender Render, not Cycles.

To reply here as well just in case others are looking for the same thing, you can achieve the same fake reflection effect with the following node setup: 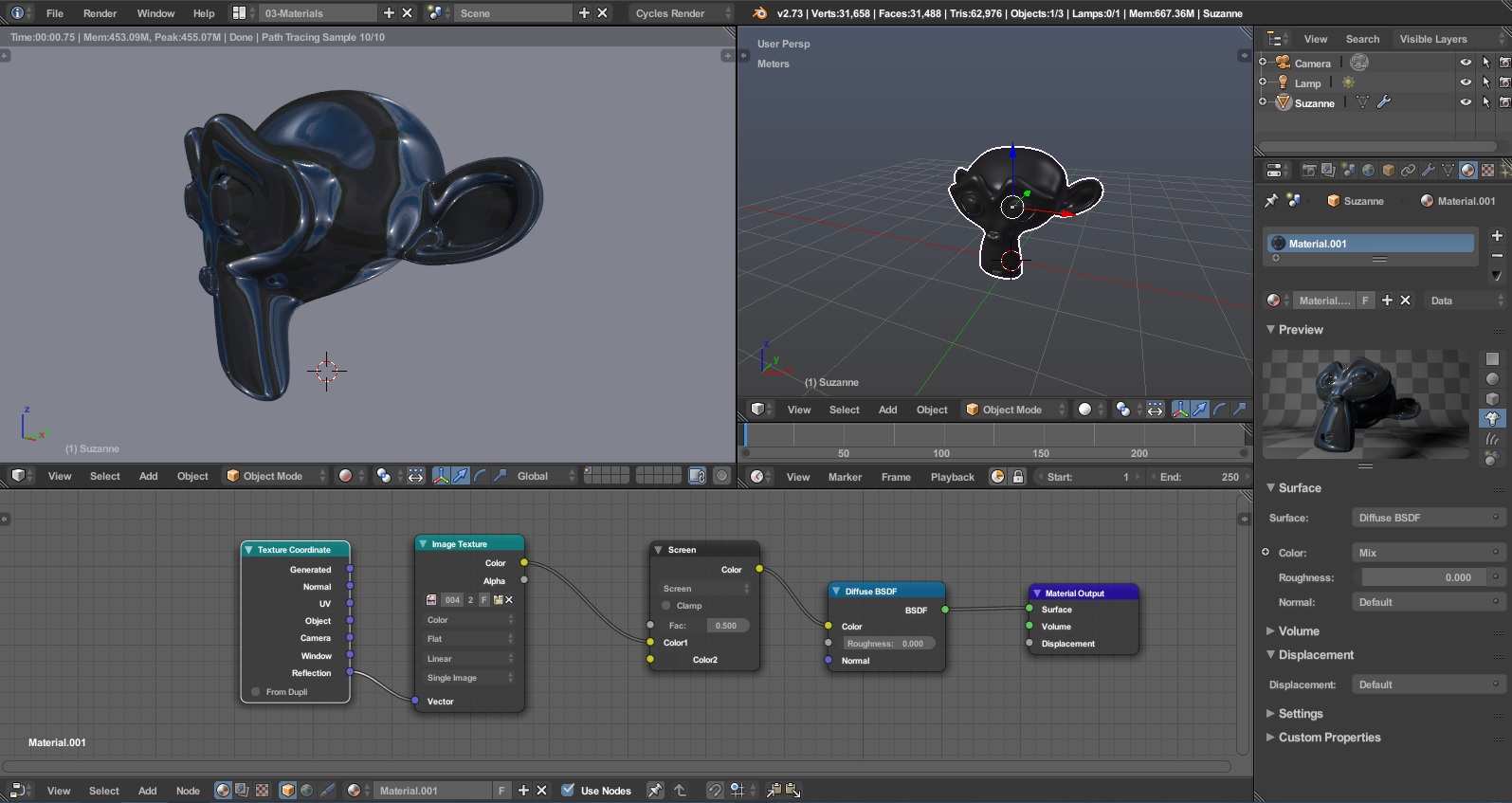 11
Fake reflections in Cycles
8
Why Does The Background Image Not Show in Orthographic View?