I modelled an emblem with a skull and base/background, and I want the side borders to be smoothed, while the faces themselves get their own "smoothing group". For that, I marked the edges between the surface / sides as sharp and - to get subdivision right - set the mean crease to 1.0.

This worked out fine until I bent the object to fit on the surface of another object. If I look closely on the emblems skull now, some triangles get the wrong smoothing color, as if I didn't mark some edges correctly as sharp. 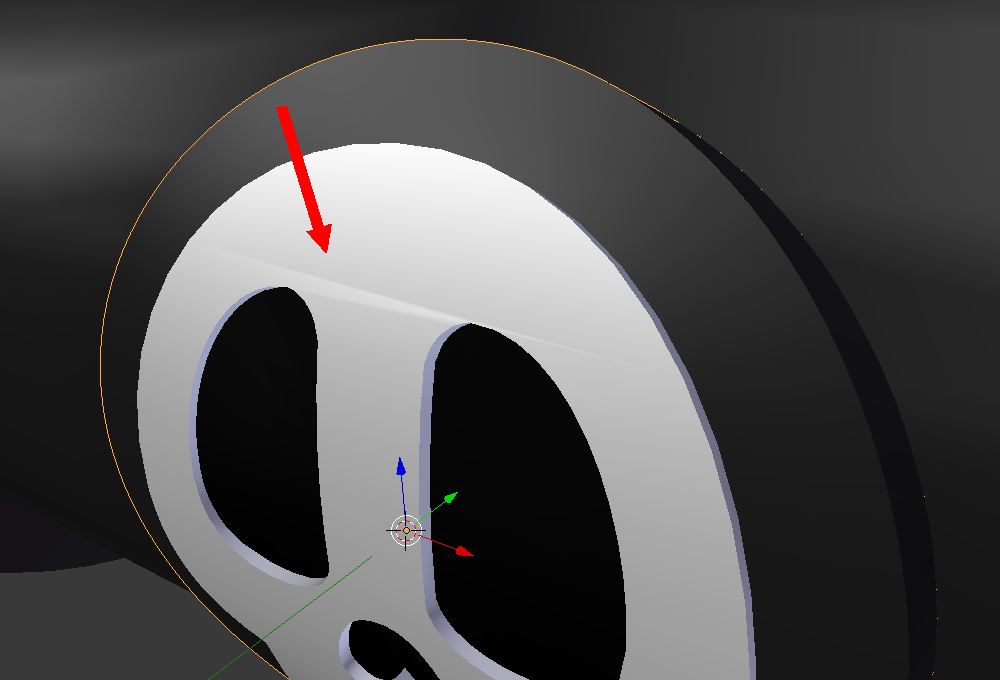 The emblem is a converted SVG curve, which may already be suboptimal, but I didn't know better for my 3rd model ever. The creased edges seen here are also marked as sharp. 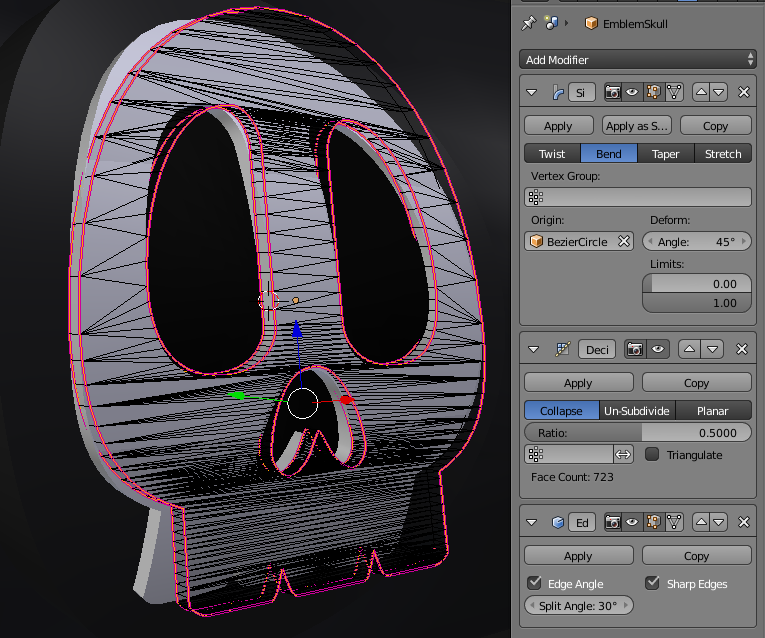 Same goes to the background of the emblem, though even more sublime. If you crank up your monitors brightness, or just look at my edited picture, you can see different colors, as if the mean crease was not high enough (it's at 1 for that surface). 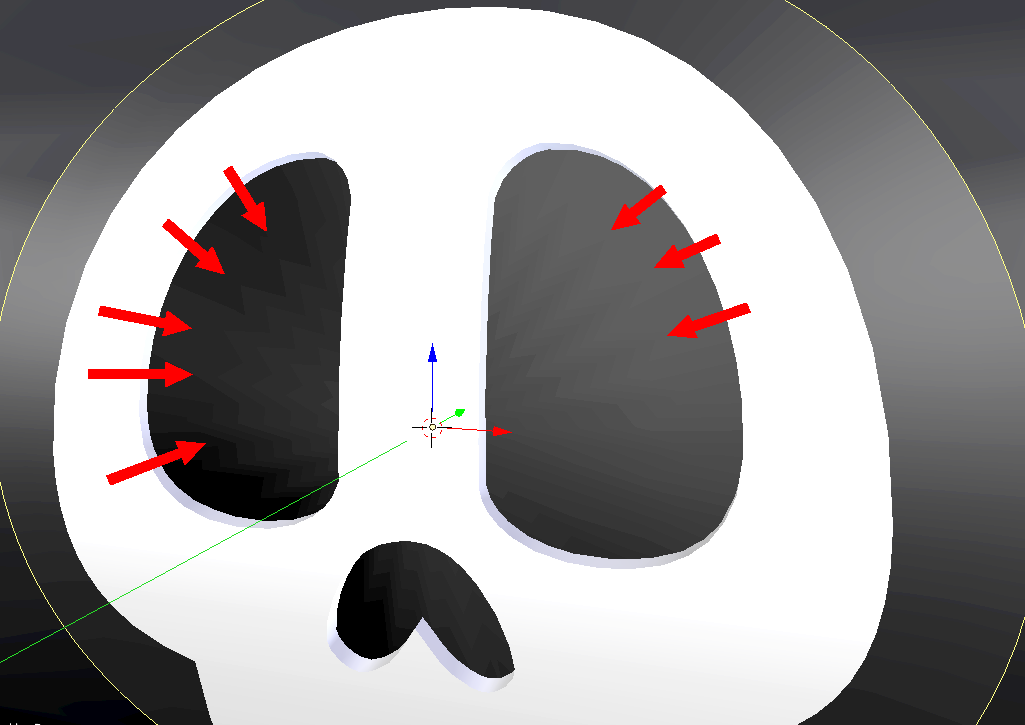 It was a simple cylinder once with some extrusion. Creased edges are also marked as sharp. 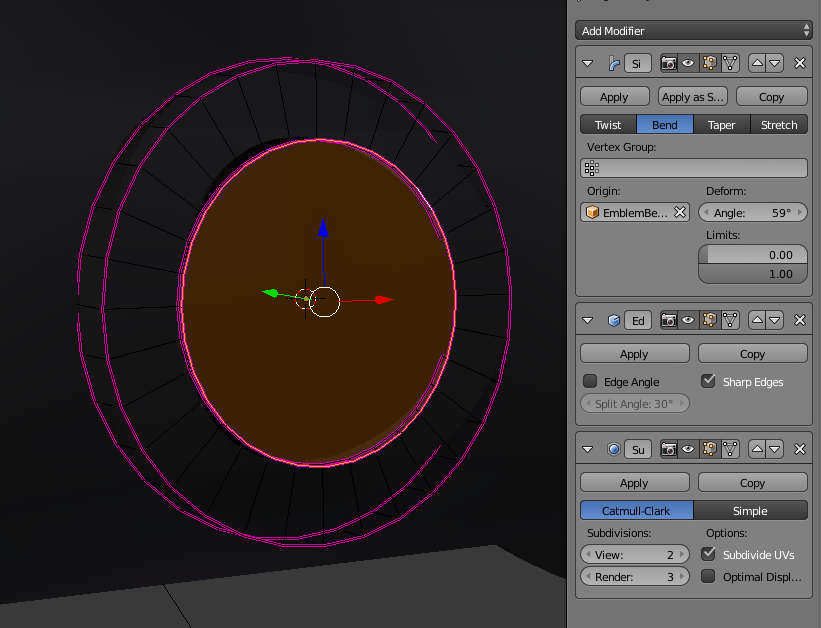 I don't even know if that can be corrected, as the surface is bent and somewhere the lightning just does its job. But the first thing is really going on my eyes.

I tried playing around with the modifier order, but nothing helped.

You're using NGons (faces with more than 4 vertices/edges) and a curve converted to mesh, resulting in bad triangulated topology.
They're exactly what you don't want to bend.

All you can do is trying the face beauty fill (Ctrl+F menu with faces selected), or selecting the flat faces deleting them and reconstruct something better (extruding/scaling inside the outer loop) or using remesh modifier.

For your big round face of the background, inset it with I multiple times to the center and Alt+M at the center to merge the last loop at the center.

This is an exemple of a manual retopo. All quads, can be subsurfed, no bending artifact. 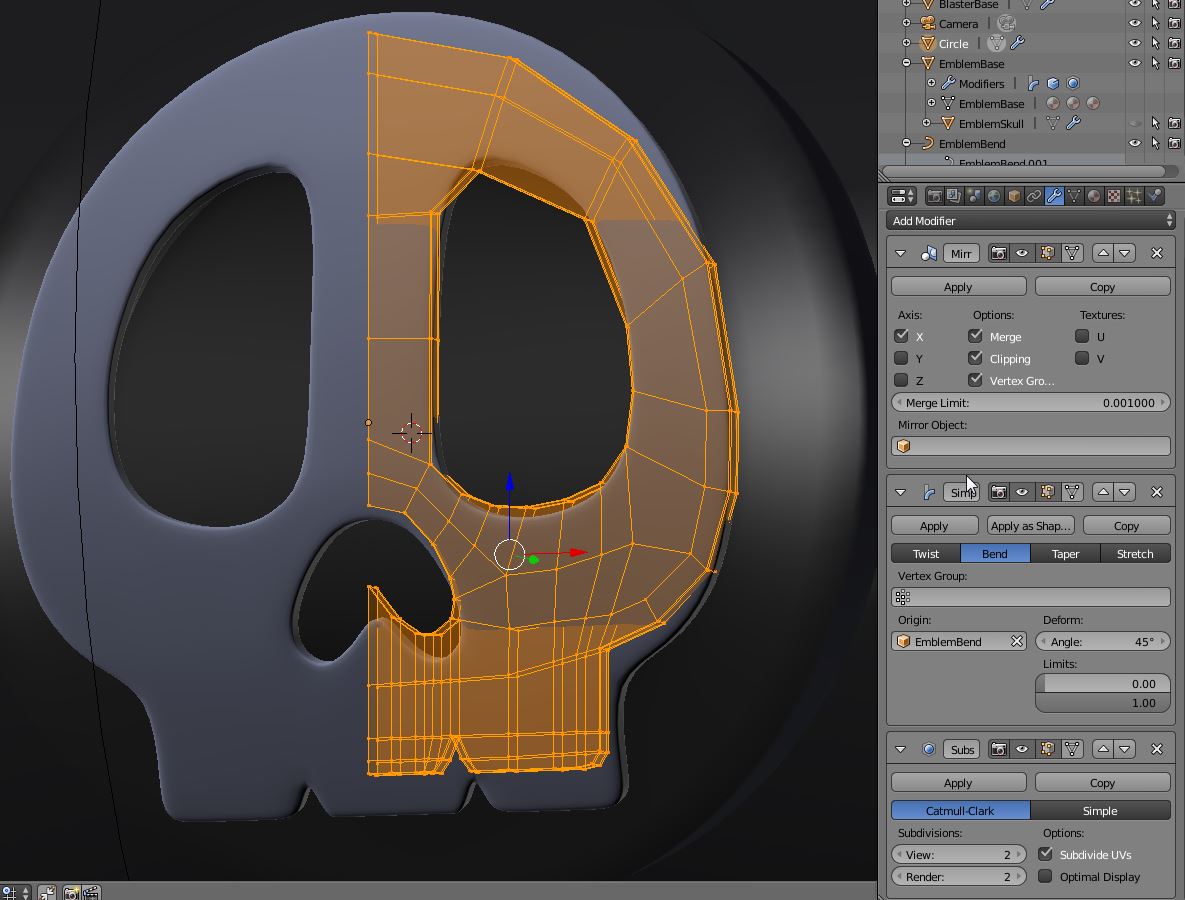 Not the answer you're looking for? Browse other questions tagged modifiers edges or ask your own question.