How do I set a very SPECIFIC number of instances to distribute within a randomized selection of points? 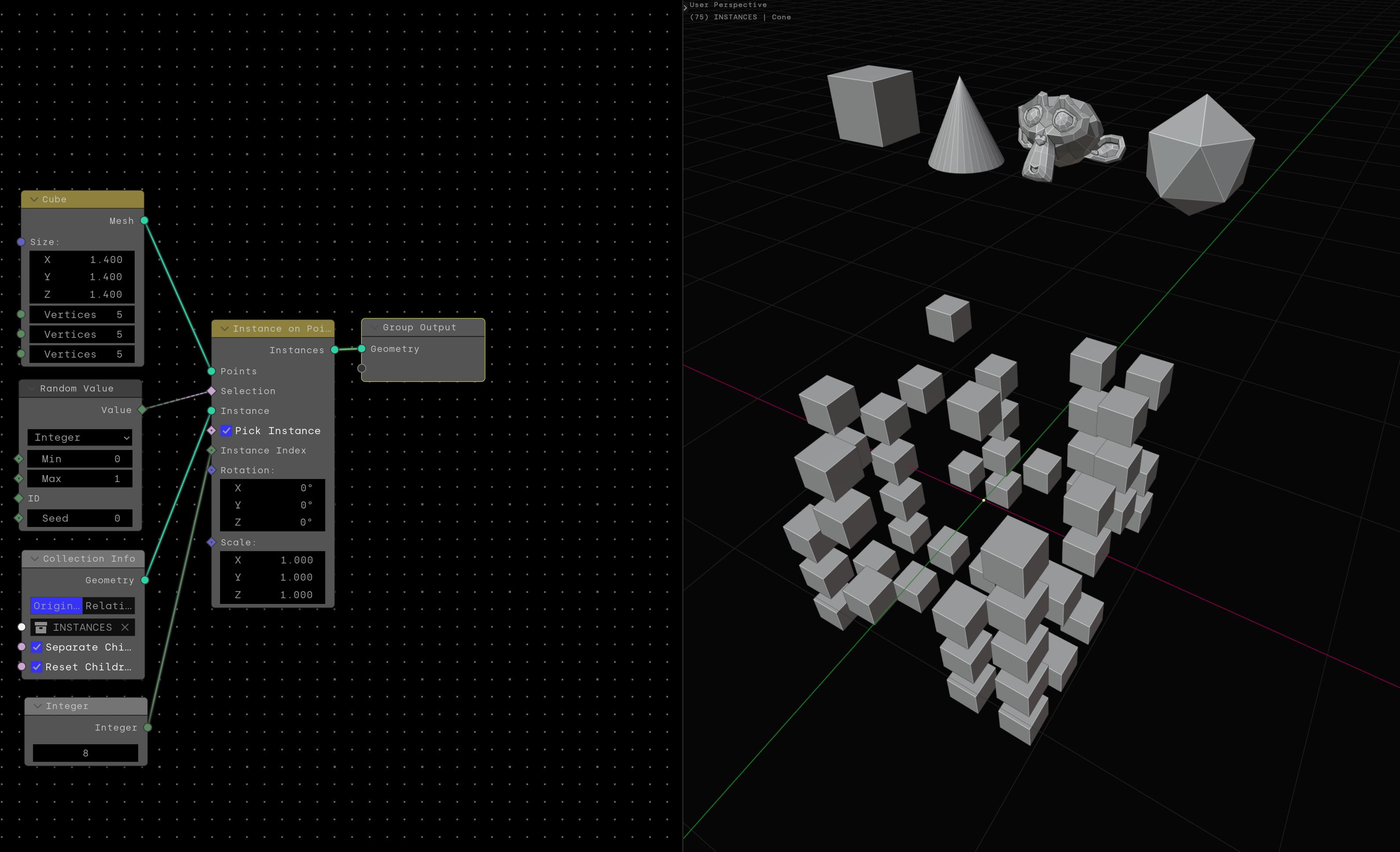 I'm pulling 1 object at a time from a small collection to instance onto points in a scene. And I want those to arrange themselves randomly on the grid points as shown in the image. That's easy enough.

But it's important that while the points chosen to instance the object, and the object chosen both remain random, the exact number of times the chosen object is instanced is controlled and limited. Likely to be around 1 instance up to 10 instances. This will basically be used to visualize a data input so the grid structure and the number of instances will need to be controlled. For that reason, none of these "scattering grass" tutorials are helping me.

So for example the results I'm seeking are 10 Cubes distributed randomly. Or 6 monkes. or 7 cylinders.

I'm assuming theres some way to apply some math node magic to that Random Value node but nothing Ive tried has worked so far!

Does anyone know how to do this??

you could e.g. use this node tree:

11
How to position random instances one after another with Instance on Points based on the dimensions of the previous Instance WITHOUT OVERLAP? (Fence)
2
How to randomly connect instances with cylinders using Geometry nodes?
3
Geometry Nodes - limit Instance Geometry on points with Selection
6
How to randomly pick instanced instances in Geometry Nodes
3
Geometry Proximity with Instances as the Target
2
Trying to colorize by instance max height in Geo Nodes
0
Randomise Geometry Node Input Value
9
How can I instantiate a procedural node group with different parameters?