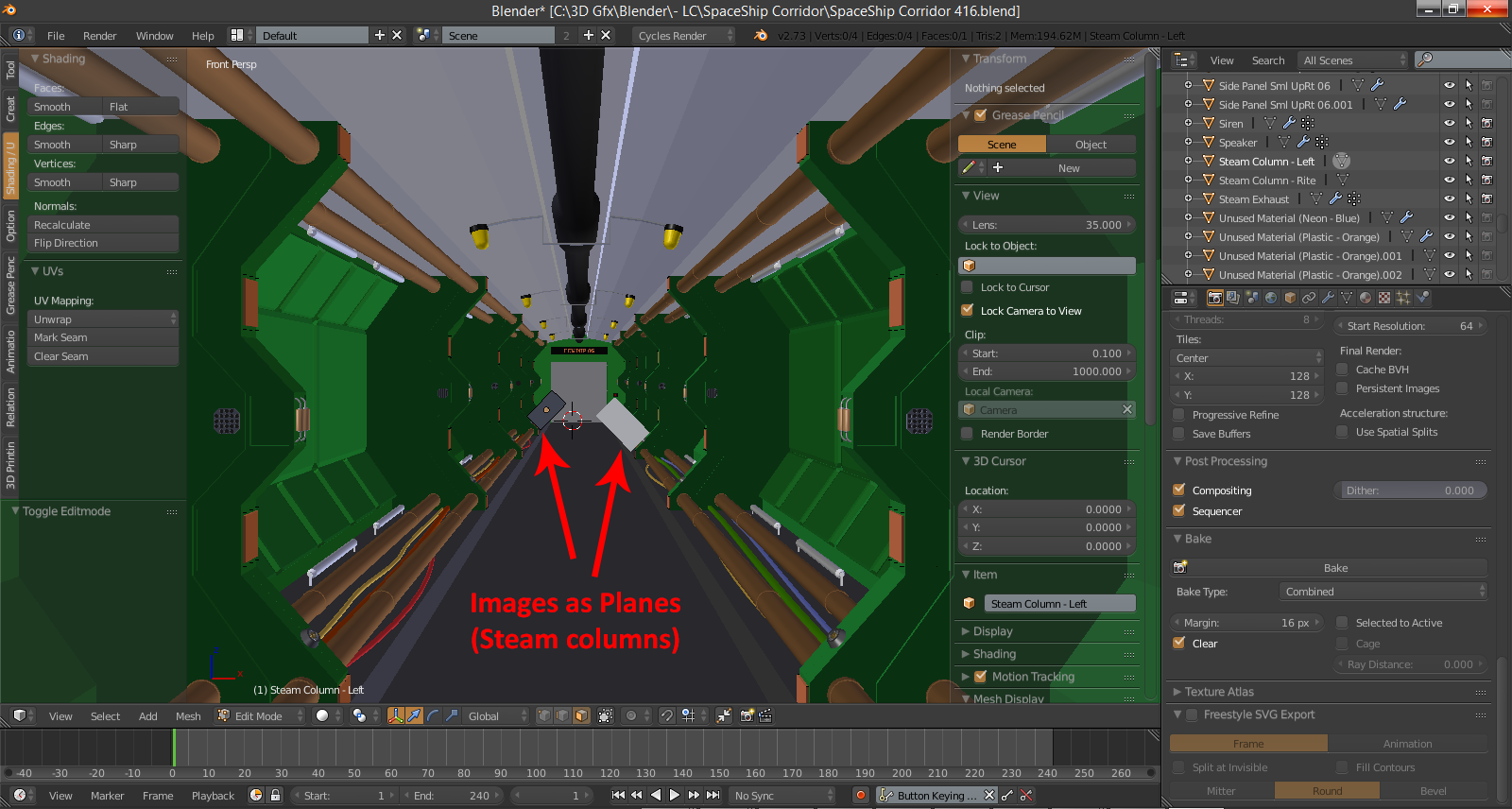 Here you can see 2 Images as Planes used for the steam columns, close to the door.
If you ask why?, it's because I already have enough polygons, for my laptop to render...
And I thought that a smoke simulation would simply be an overkill.

I wanted to try compositing, even if I'm still not ready with the definitive geometries and textures.
And... All is fine except for mist.

You can see I can use some Blur and Glare withuot big issues (apart the orange LED wall panels which became white - so I thought to assign them a different Material Pass and a separate ID Mask - now they are pinkish, but not so bad at all). 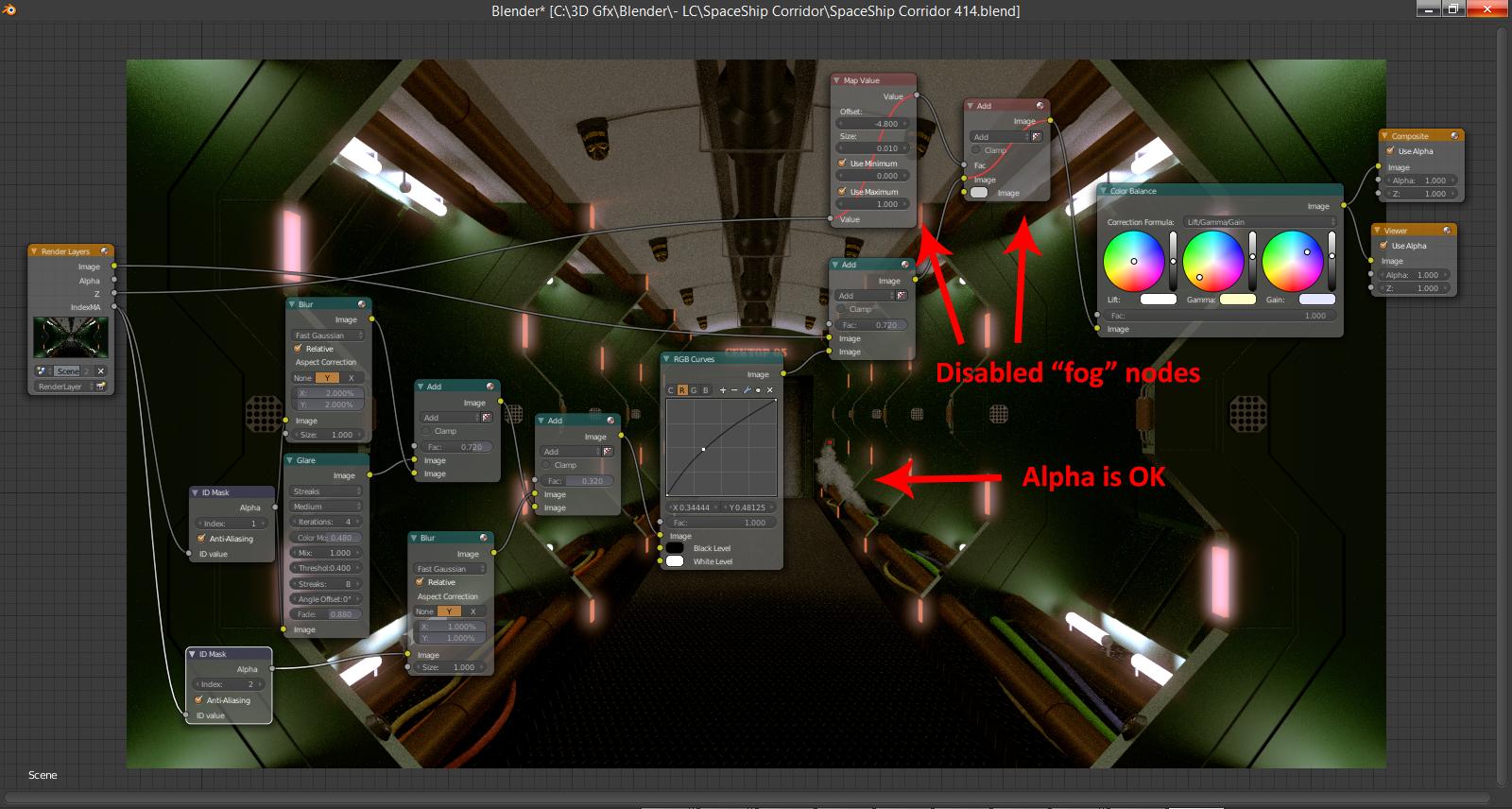 But! If I enable the Map Value node, which creates the mist... what happens it that the steam columns contours are MANGLED (well, not only the contours)!! 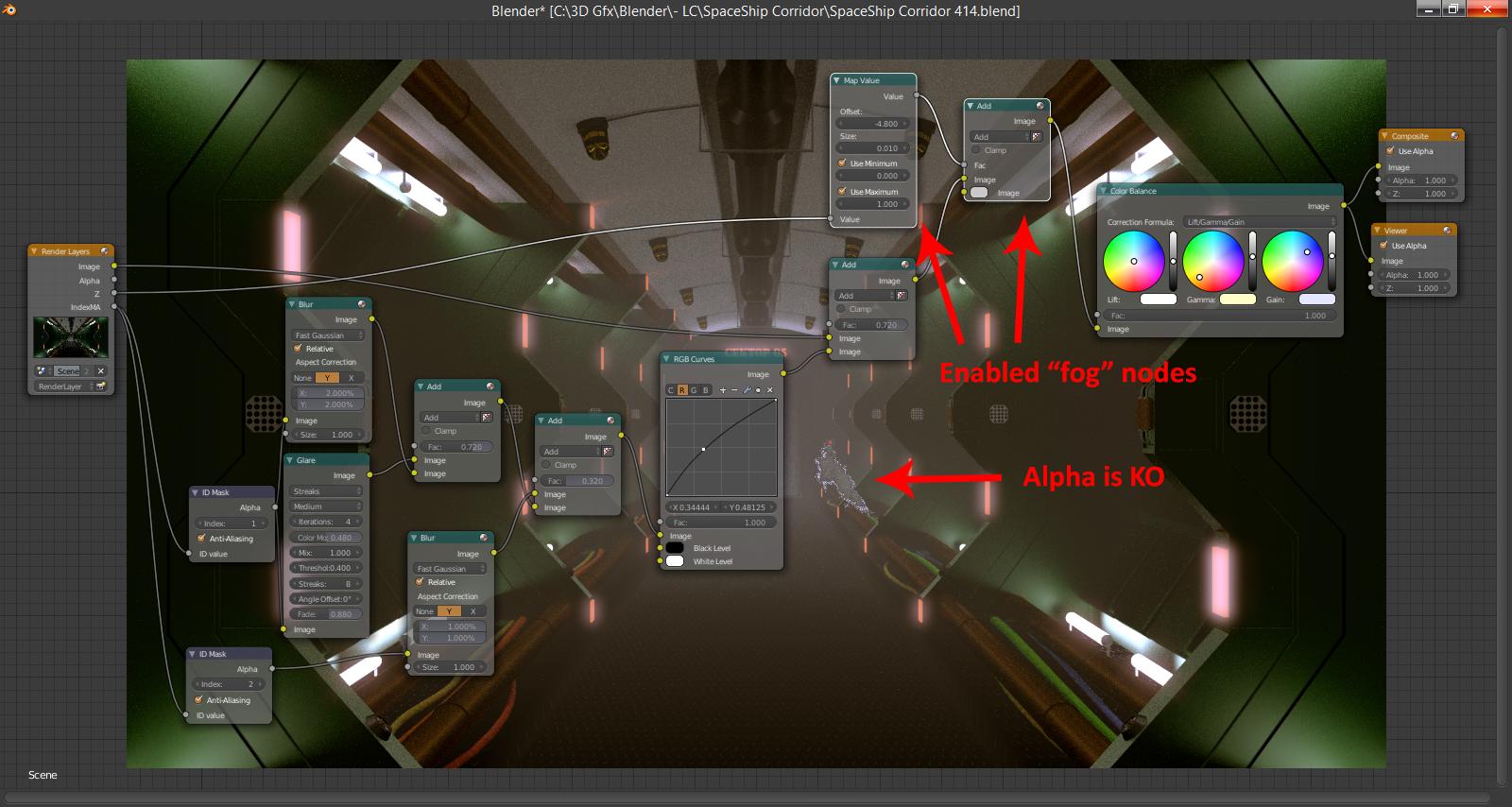 Now, is there a way to fix this issue (is it a bug or am I doing something wrong?) or do I have to give up and sacrifice that wornderful oniric mist?

To whom can be interested in: the original blend is here (much better han mine).

Here's the Steam column I used for both Images as Planes: 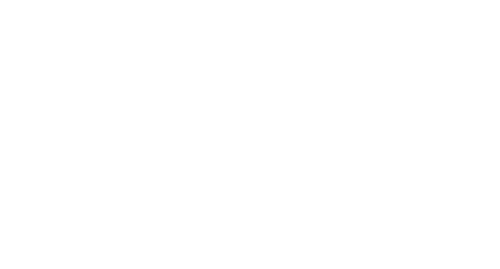 You can't see it because it's white on a transparent background, resulting in white on white.

The problem is Z Channel in Cycles - it does not take into account material transparency:

I recommend not using the Z channel pass but to render nice custom Z pass like this: 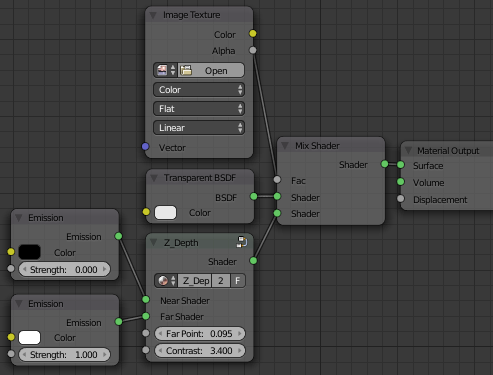 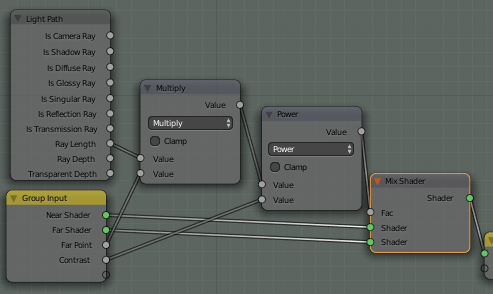 You will get nice anti-aliased Z-depth render that you can use for the mist. For alpha-transparent planes mix in Transparent shader like in the image and render them on separate render layer so there's nothing behind them (then composite them back in).

Not the answer you're looking for? Browse other questions tagged cycles-render-engine compositing-nodes image transparency or ask your own question.

8
Render separate "back part" and "front part" so I can place something in between in other program?
9
How to get Smoke into Z-Depth Pass?
1
How to render depth pass with alpha channel transparency in cycles?
1
How to move a particle emitting object around a movie clip in Blender?
1
(How) Can I get rid of these fireflies in the zDepth pass?

11
Image Alpha Background Renders Black when using "Import Images as Planes"
8
What causes this mist pass glitch?
7
Compositing: When to use premultiplied alpha?
2
How do I prevent losing contrast when compositing semi-transparent images?
2
Compositing: When using Alpha Over node, only one render layer appears!