I'm modeling the shoes/boots of a character's ability from Hunter X Hunter. They're like clown shoes, in particular they have a bulbous front section that's like if they were molded around a ball. The core problem is I'm trying to build a symmetrical, rounded dome on a non-circular base that connects to the edges of the base. 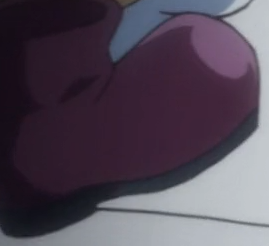 I have the base sole of the shoe built in Blender, but I can't find a satisfactory way to make the shape of the top of the boot in the front. My biggest problem is after finding a way to make the dome, I have to attach it all around the edge of the sole without destroying a smooth/round shape.

The sole base seen from an angle: 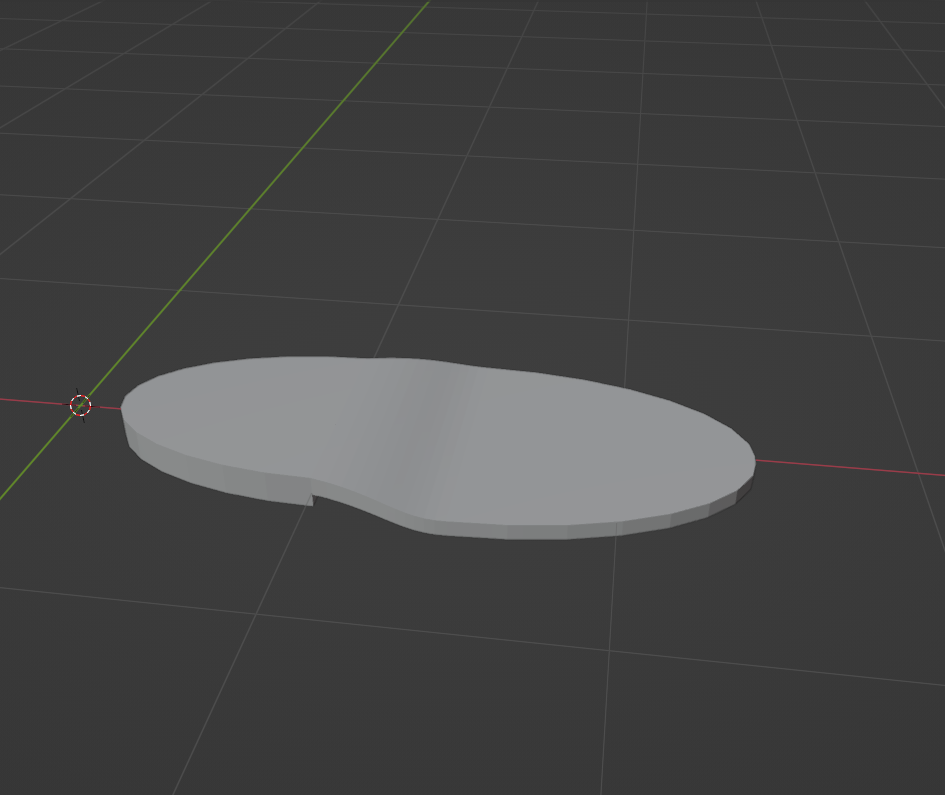 Sole base seen from the top (wider end is the front): 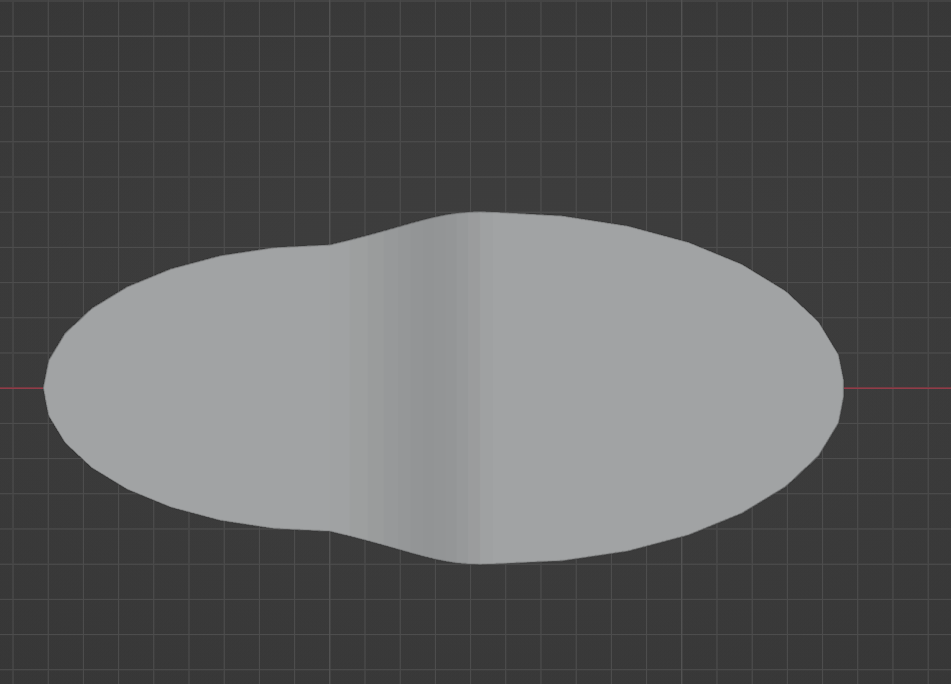 Does anyone have suggestions/examples for how I could essentially make a dome from something non-circular? Maybe an extrusion of some sort that tapers/smooths off at the top? I'm new to Blender and I'm trying to build this model for 3D printing for a cosplay.

Maybe begin with this kind of topology? 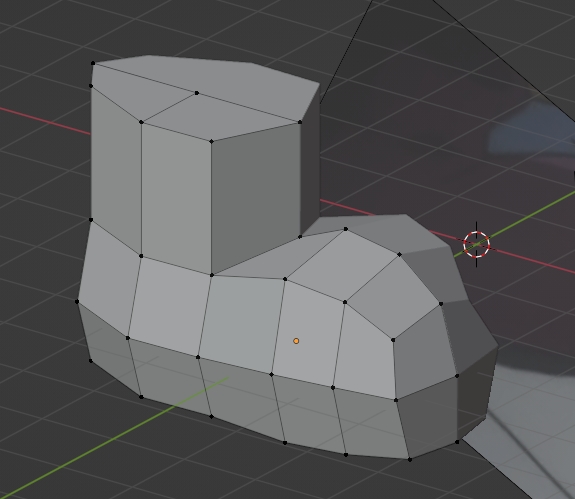 8
How can I extrude a dome from a circular face?
1
Extrude Curve Between Two Paths
1
Circular / Shape indentation onto curved surface?
0
Extruding a circular shape from a non-circular object
1
Help modeling this dome
3
Rounded shapes with hard surface modeling (lubricant bottle)
0
Can't offset even with Extrude to Cursor
1
Cursor and Pivot point not centre of Object
0
I'm solidifying a mesh and want to bevel just the cap. How can I avoid that the bevel also rounds the outline of the mesh?