I'm currently doing an architectural rendering with glass bricks. Since I'm trying to create an accurate and specific pattern of shadows on the wall I'm using shadow caustics. The strange thing is that I'm getting very different results in the final render and the viewport render. In the viewport, everything looks as it should be and in the final render, the caustic effect nearly disappears. Even more strange is that the problem only appears with the versions of the glass bricks where I used the displacement modifier to create the pattern on the Brick. With the version where I only used the displacement shader, it seems to work.

I checked multiple times If I accidentally activated/deactivated any objects/modifiers in the viewport or render but apparently that's not the problem.

If someone has any idea what it could be, I'd be very thankful. 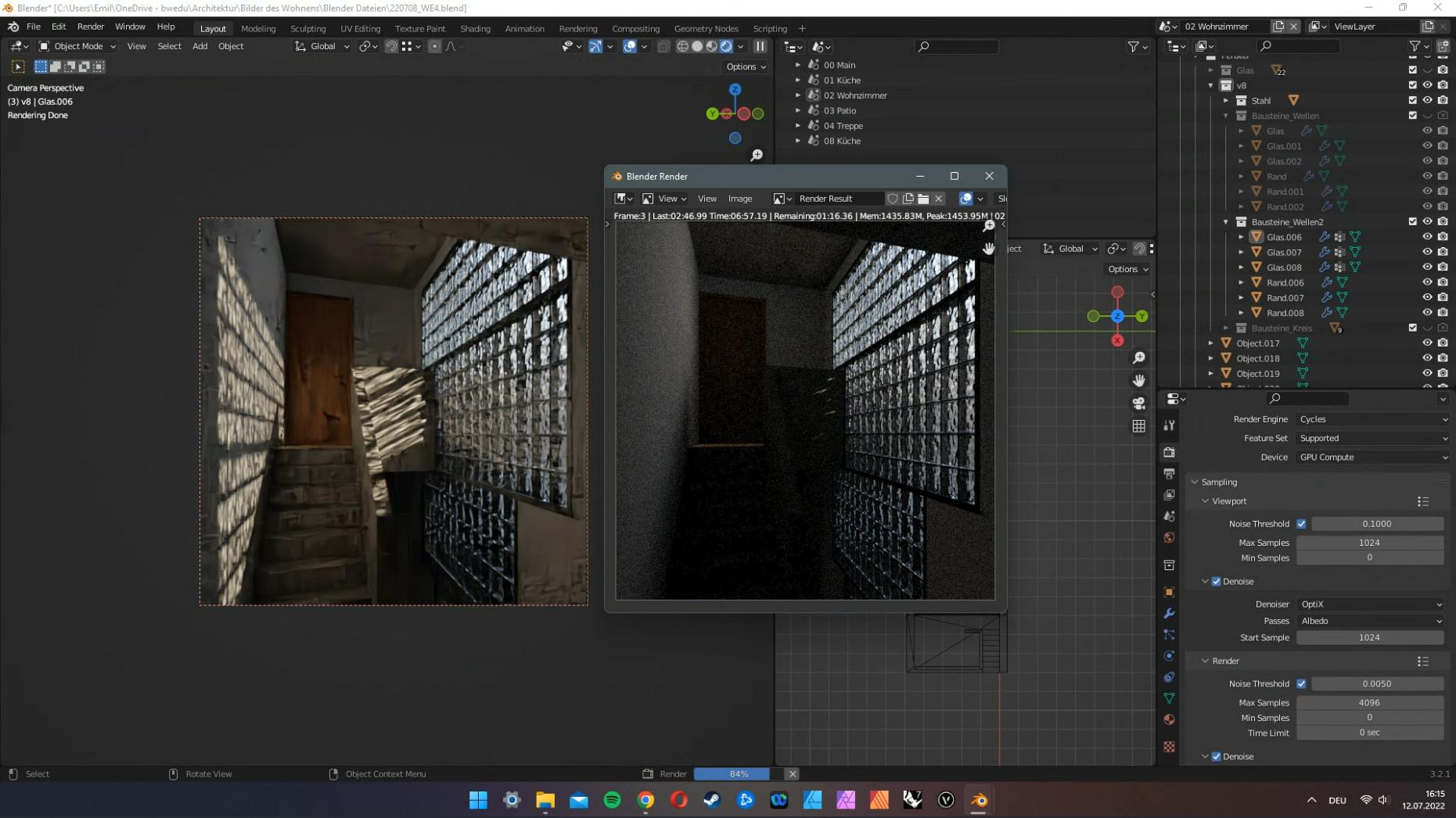 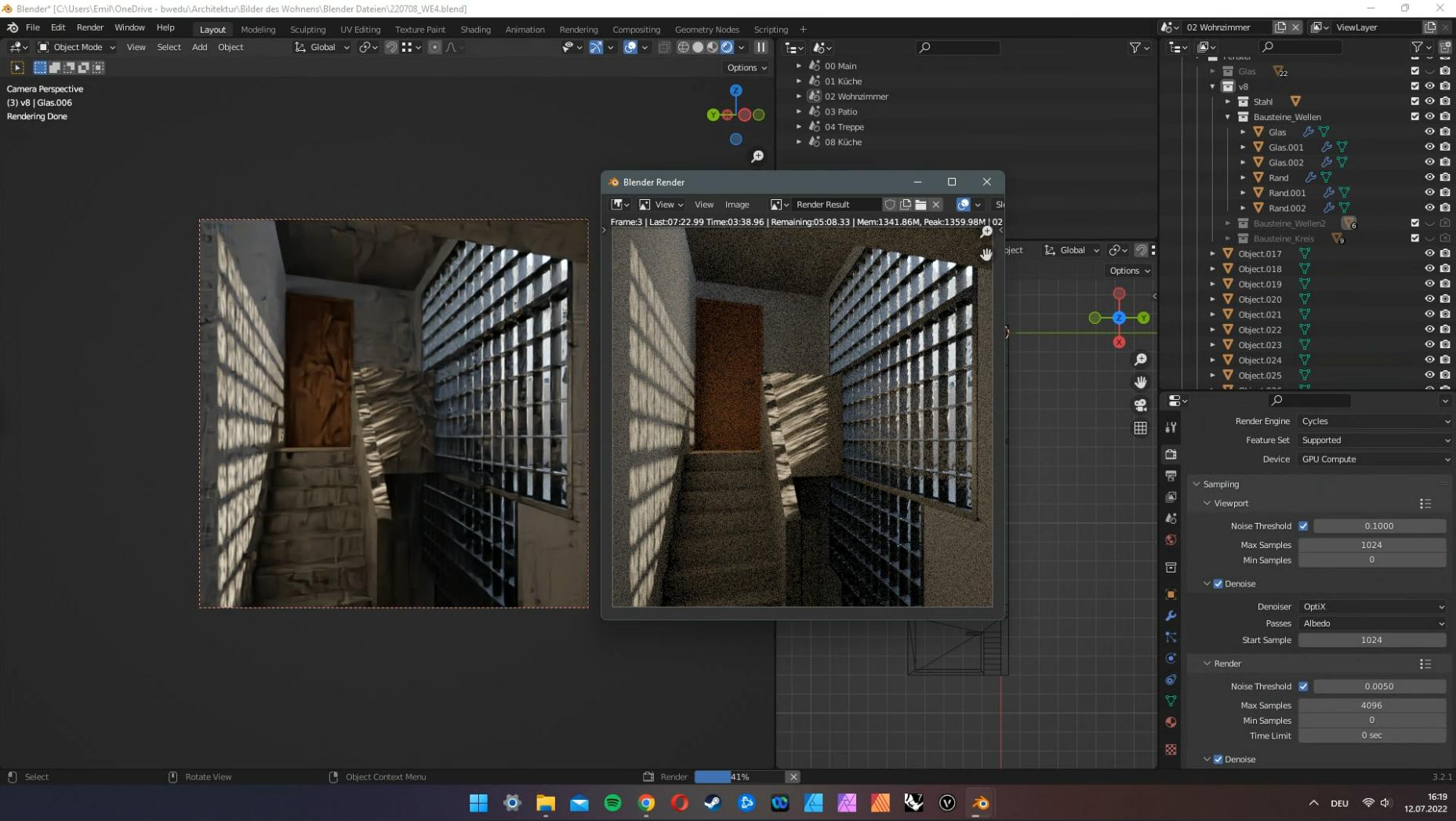 Your sample counts, noise threshold, and denoiser settings will have to have the same values. The denoiser is actually what is generating the effect you want, so by giving it a different amount of information in the render it's giving you a different result.

0
Rendering Glass (layers) resulting in strange dark patches (in Final but not Preview)
2
Strange sphere in my glass surfaces?
4
Caustics options not show in 3.1 final