I am trying to model a shape like this in Blender:

I have made several attempts, but having problems each time when applying a final subdivision surface modifier, so would appreciate some guidance.

My first attempt was to follow my instinct and create a 2D arrangement of vertices (a quarter circle which is then turned into the final shape), which is then extruded. The subdivision (right-most image) looks incorrect:

My next attempt was to try creating a cuboid and a cylinder, and then performing a Difference Boolean operation to obtain the mesh, but this results in the same final mesh as above (and therefore a messed-up subdivision modifier version):

I had some success when trying to add extra edge loops, to try to control the shape more, but there are strange "creases" appearing in the mesh:

Finally, after reading a little, it seems to be preferable when modelling to keep all your faces as "quads" (i.e. four vertices to each face). It's clear that with my attempts above that this is not the case, so I tried a version which was made of only quads, using the knife tool to draw the extra straight lines. This results in a messed-up final subdivided mesh again:

Is there an easy solution to this, or am I approaching the meshing process in the wrong way? I am a complete Blender beginner, so maybe I'm just misunderstanding how to do it?

After reading some of the answers, it seems like this shape can be modelled with the top face of the mesh being either an N-gon (as in my original image), a collection of quad faces, or a collection of triangular faces (as in the answers of Yousuf Chaudhry and moonboots). Any comments on the pros/cons of these 3 approaches would be useful for me.

The Bevel Modifier with Shape set to 1 and two Segments will keep the original shape intact while adding quad faces around everything. This will make the following Subdivision Surface modifier behave better. 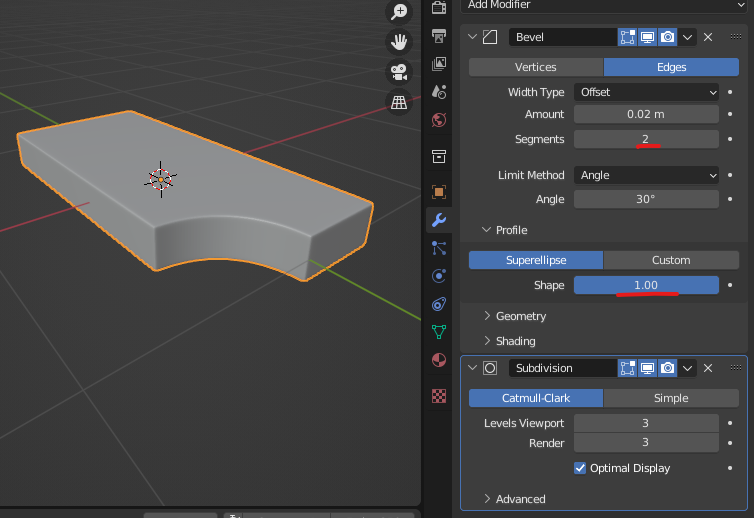 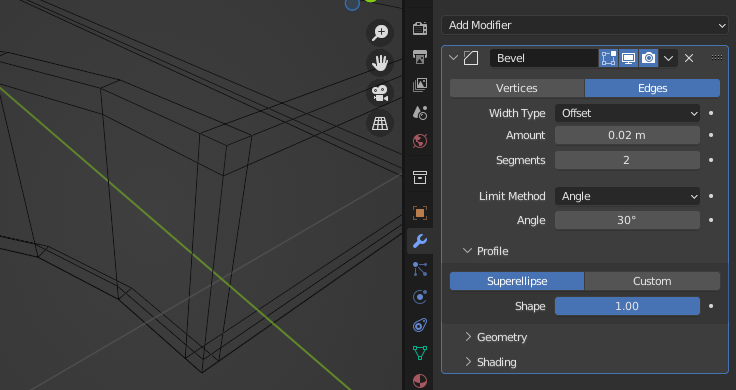 You can use this topology, you can use tris if it doesn't create artefacts: 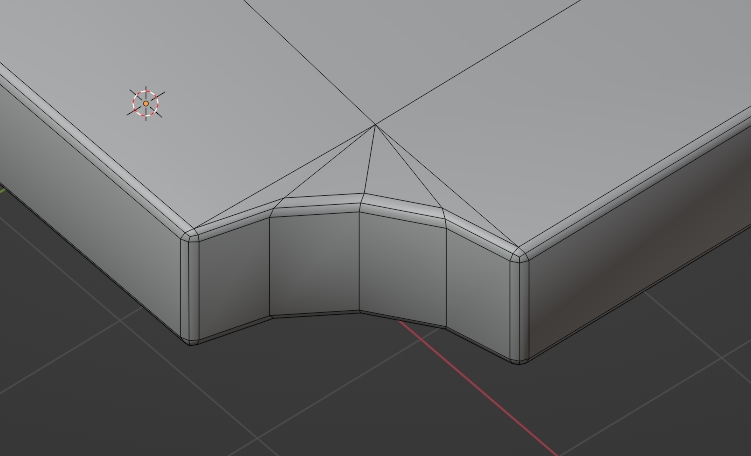 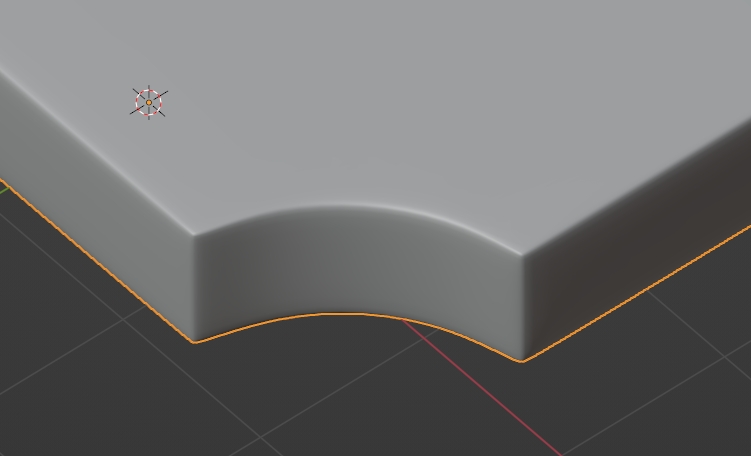 Well, I just got the simplest answer ever.

Just take a plane, select one of the corner vertices, and bevel it, with it set to Vertices (Or you could just use a boolean): 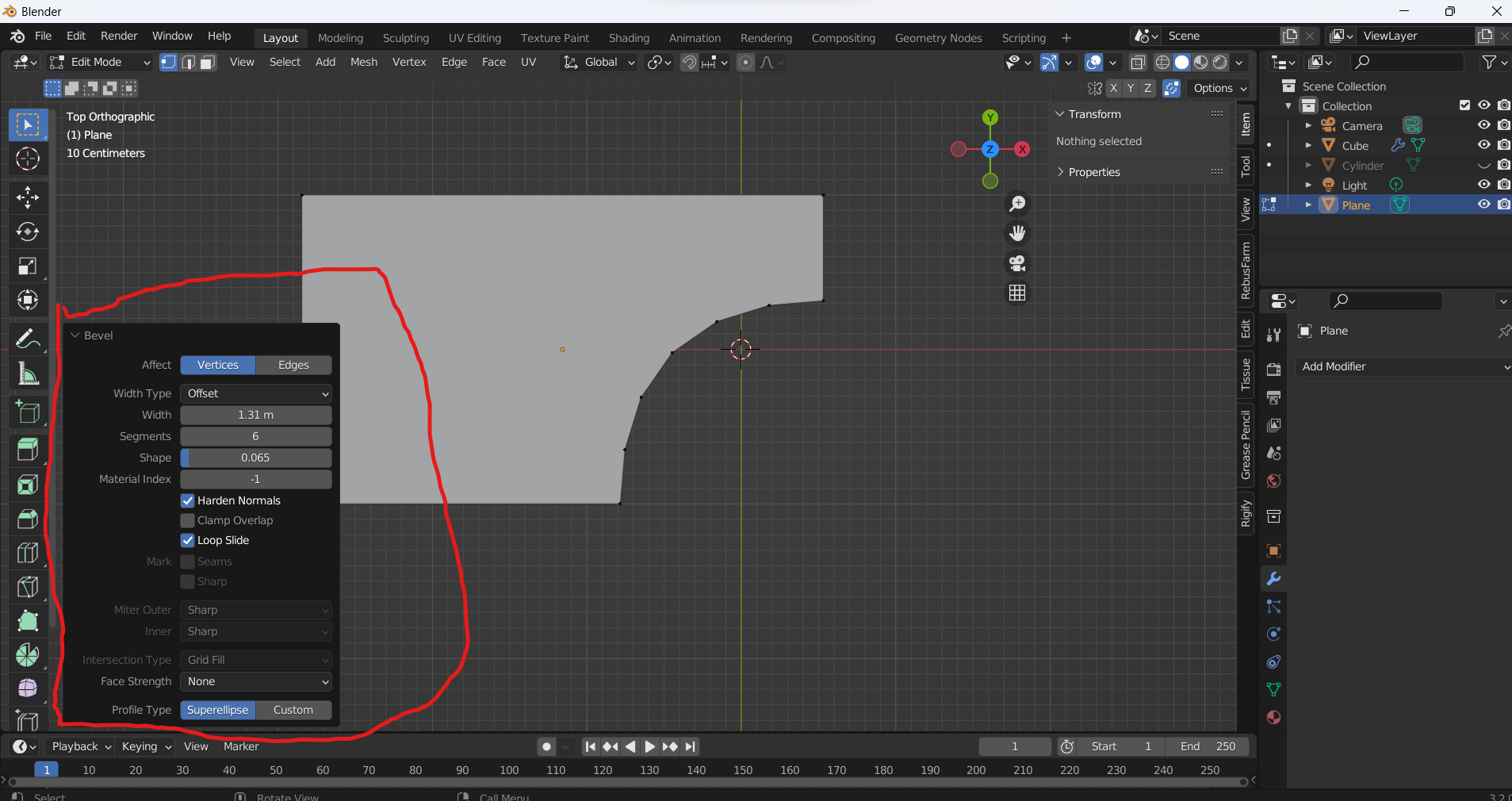 Then, delete the face by pressing X > Faces Only. Then go to Faces > Grid fill and set the offset set to 3.

Then joust use a solidify modifier to extrude, add a bevel "modifier" to easily compensate for the edge loops, and add a subdivision surface and you have it! 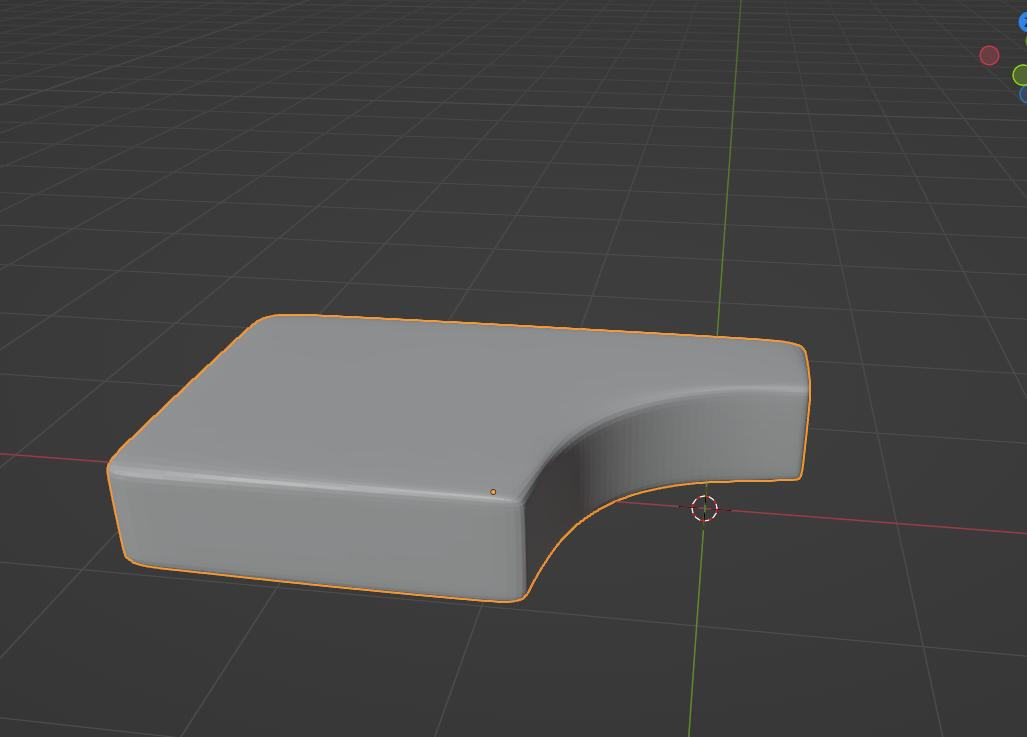 Not the answer you're looking for? Browse other questions tagged modeling mesh subdivision-surface or ask your own question.