I have the following shader node setup: 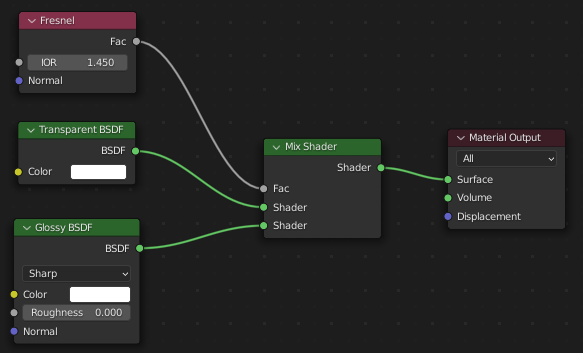 and I would expect this to work similarly to the Blender manual's description of using a Fresnel node to blend Glossy with a Refraction BDSF to emulate the Glass shader:

The most common use is to mix between two BSDFs using it as a blending factor in a Mix Shader node. For a simple glass material you would mix between a glossy refraction and glossy reflection. At grazing angles more light will be reflected than refracted as happens in reality.

Frustratingly, however, I get this result: 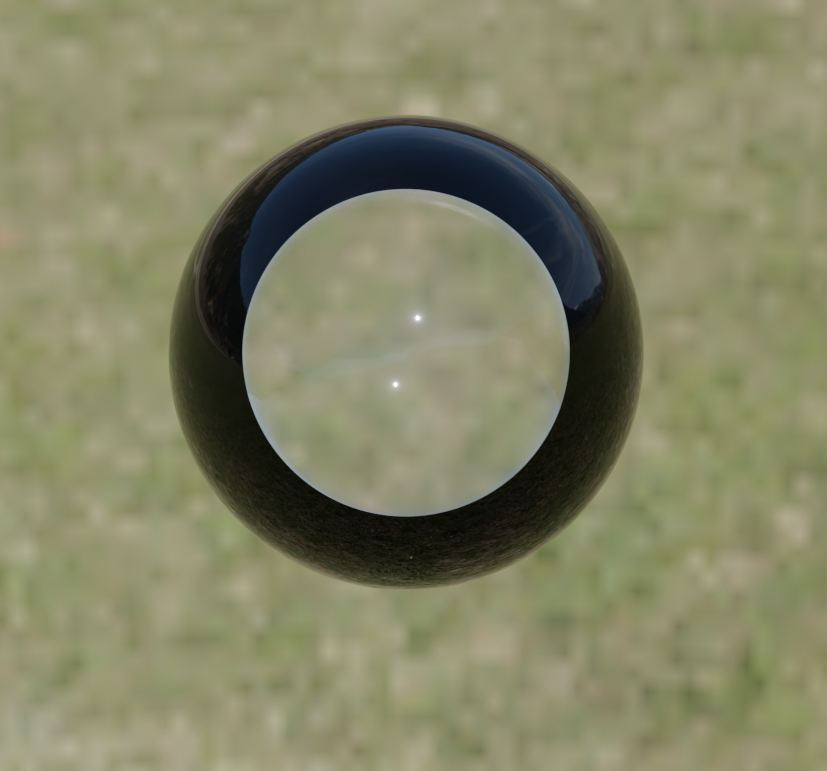 This is a very similar issue to this post, however the only answer begins with "switch to Eevee" but I'm sticking to Cycles (which doesn't have this setting).

I'm also aiming for something like this question, but my issue seems to be outside of all of that.

It's possible that the issue is a mismatch between the indexes of refraction - a transparent shader is basically a refraction shader with IOR of 1, but the Fresnel node has an IOR of 1.45 - but setting the Fresnel's IOR to 1 causes the shader to be fully transparent and my sphere to disappear.

The reason for the mismatch is that I'm trying to render a soap bubble. Light doesn't refract through a bubble as it is filled with air (of the same IOR as the air outside the bubble, i.e. 1) so light rays pass through unbent, but for the purposes of Fresnel reflection, the IOR is equal to that of the soap film.

It's possible that to achieve this effect I need to give the soap bubble some thickness (allowing me to use the usual refraction BDSF, or even just use the Glass one) but soap bubbles have a thickness of less than a micrometer, and I don't think Blender will be able to handle that!

Thanks for your help! I'm doing this in the hope of implementing some thin-film interference further down the line, which should be exciting!

I was able to achieve this look with this node setup 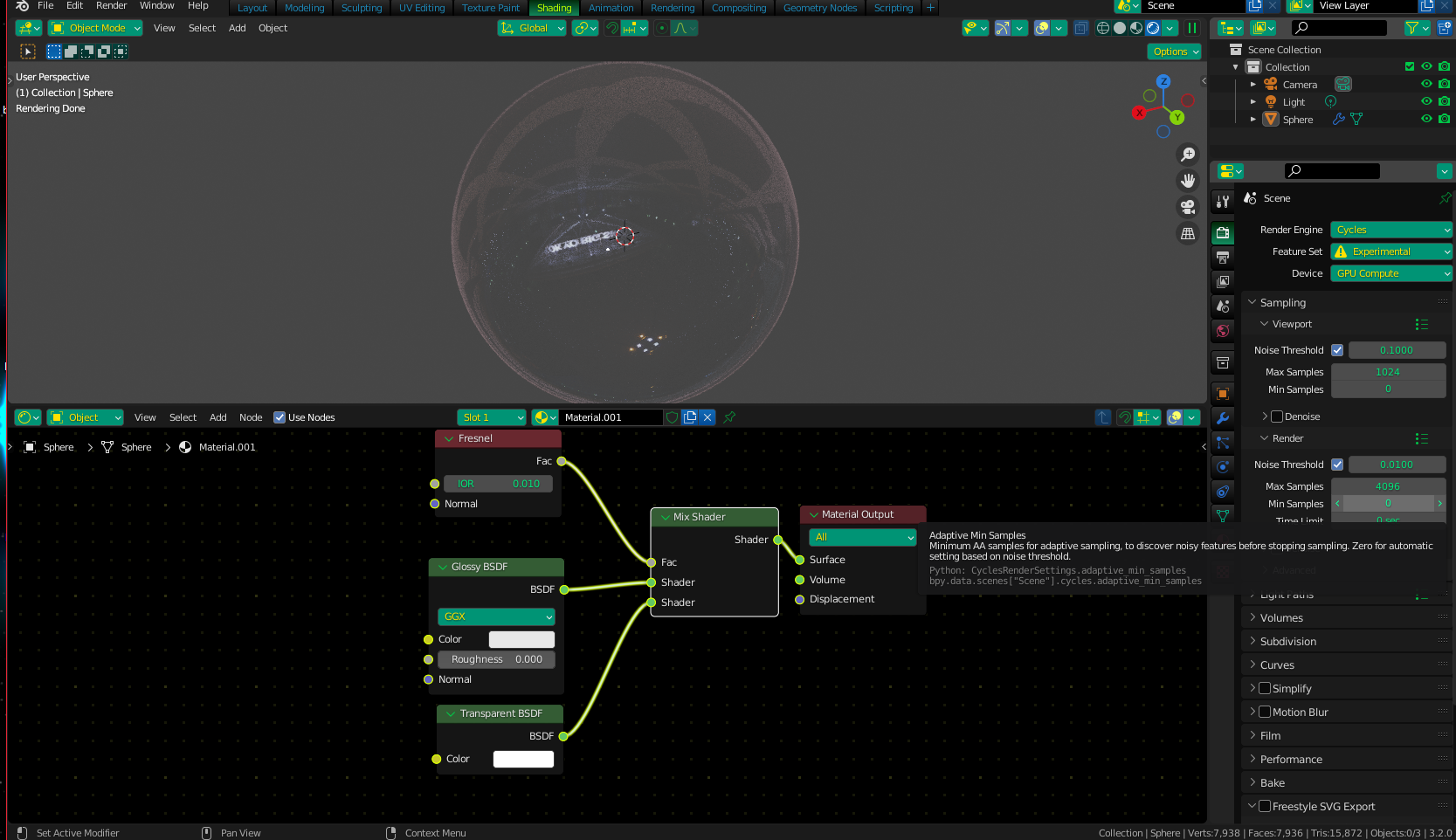 The look is more defined by using this as a background (HDRI + Color): 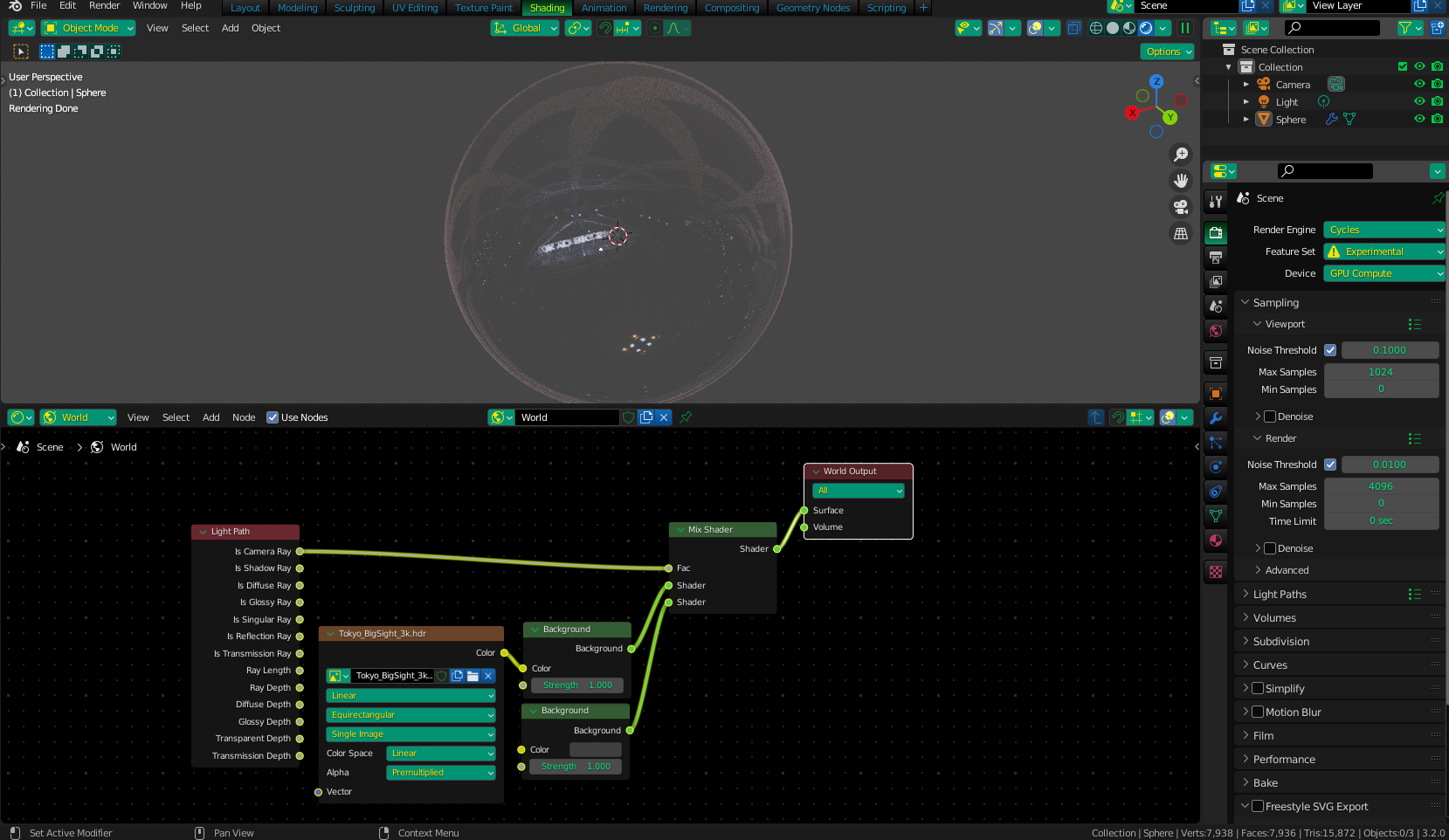 As an "enhanced" version of this, I would add a Noise Texture and use the colors from it for the "soap film" color, and the height as the basis for a bit of a bump map (so the surface isn't perfectly spherical). 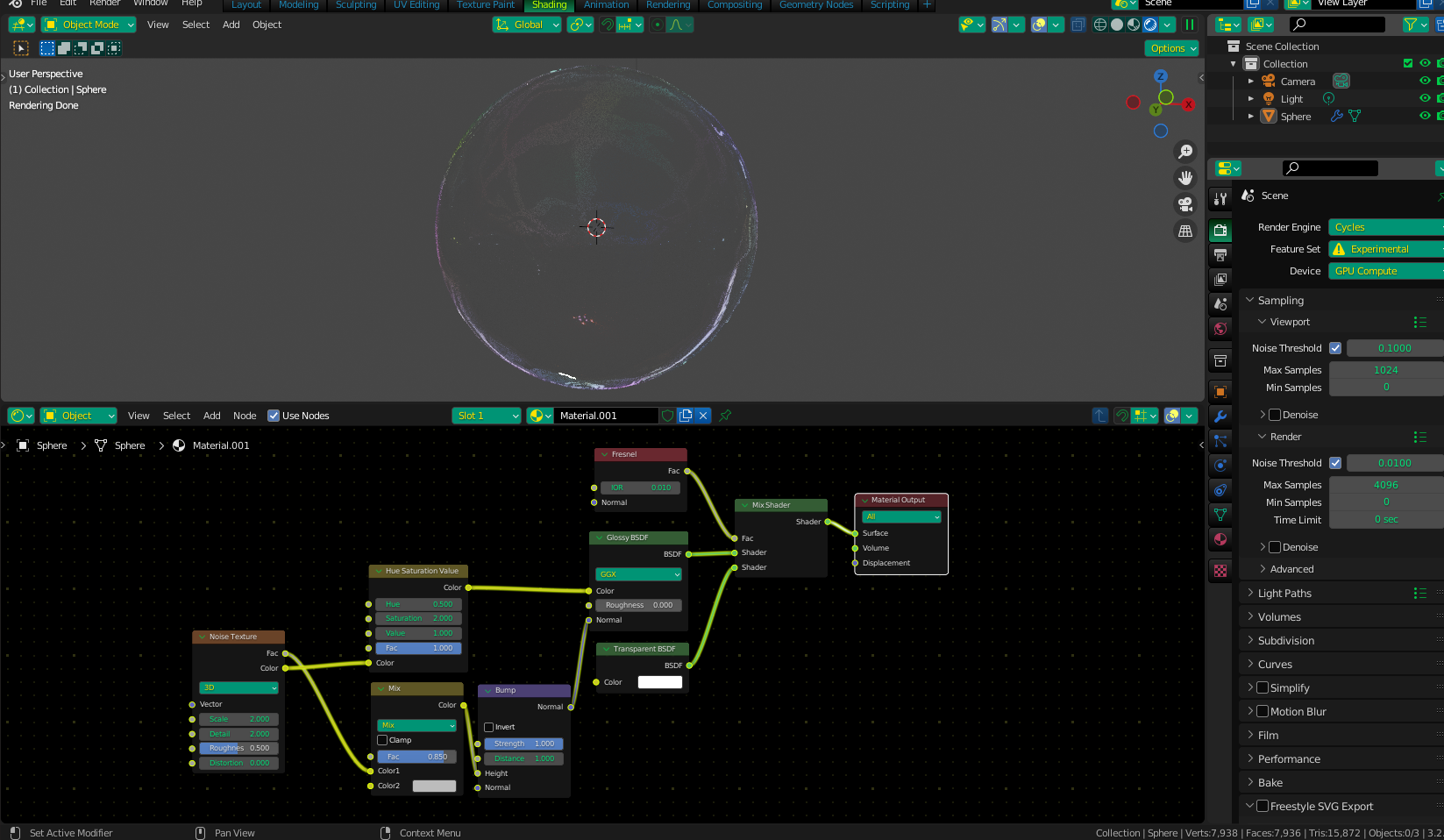 2
How to get transparent iridescence using Cycles?
2
Why do I get a hard edge when mixing a Transparent and Glossy node with a Fresnel node?

51
How can I create a water material in Cycles?
8
Backfaces give strange results with Fresnel Node in Cycles
0
Equivalent Mix fac to Fresnel?
7
How to make a node group to calculate fresnel via F0 values
6
Why are my glass reflections so far apart?
2
How to get transparent iridescence using Cycles?
2
Does fresnel node corresponds to fresnel-equations?
0
Is Principled BSDF suitable for metals in terms of Fresnel?