I've got the following object 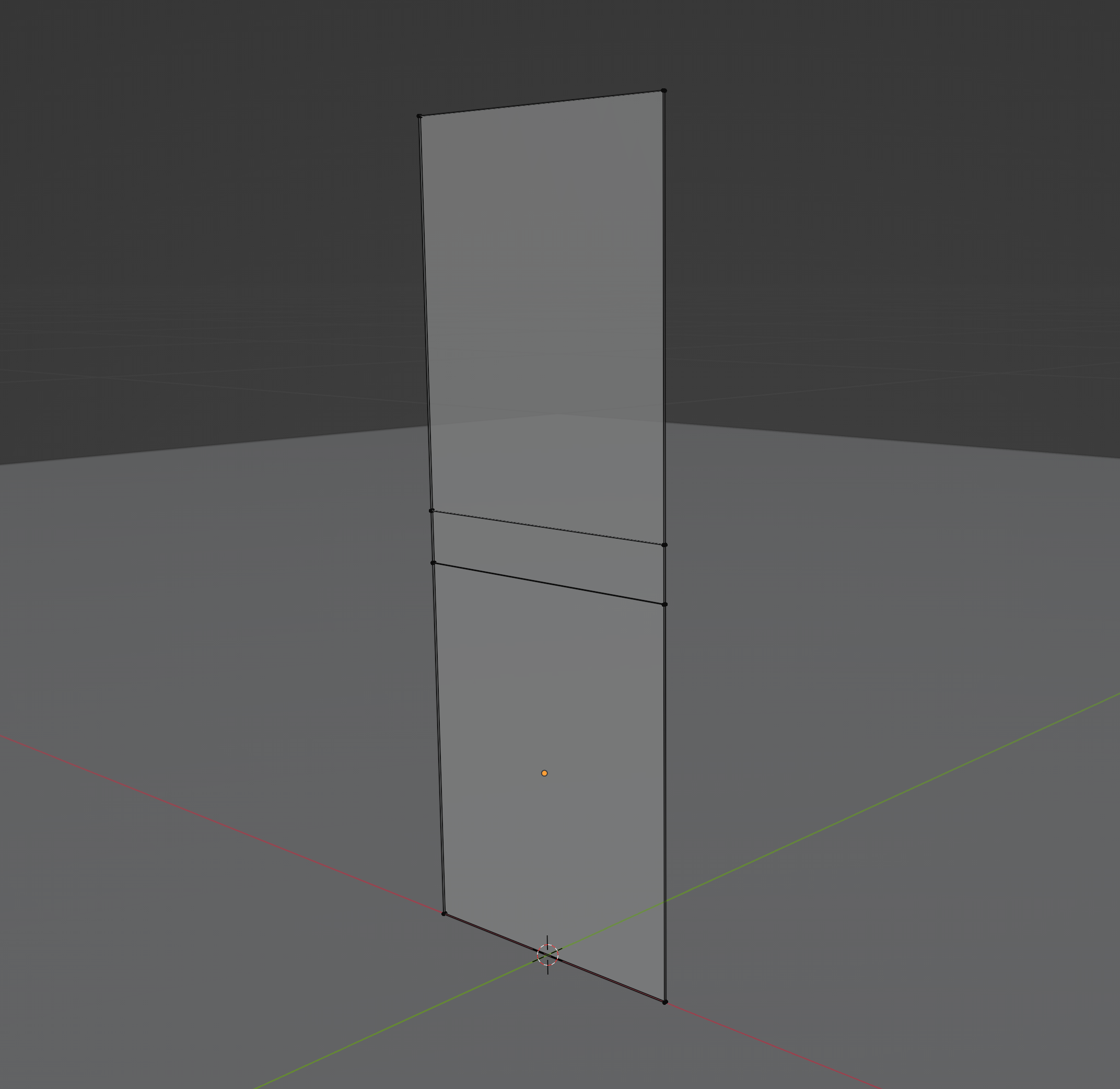 and I would like to bend it at the corners, so something like this will be the outcome: 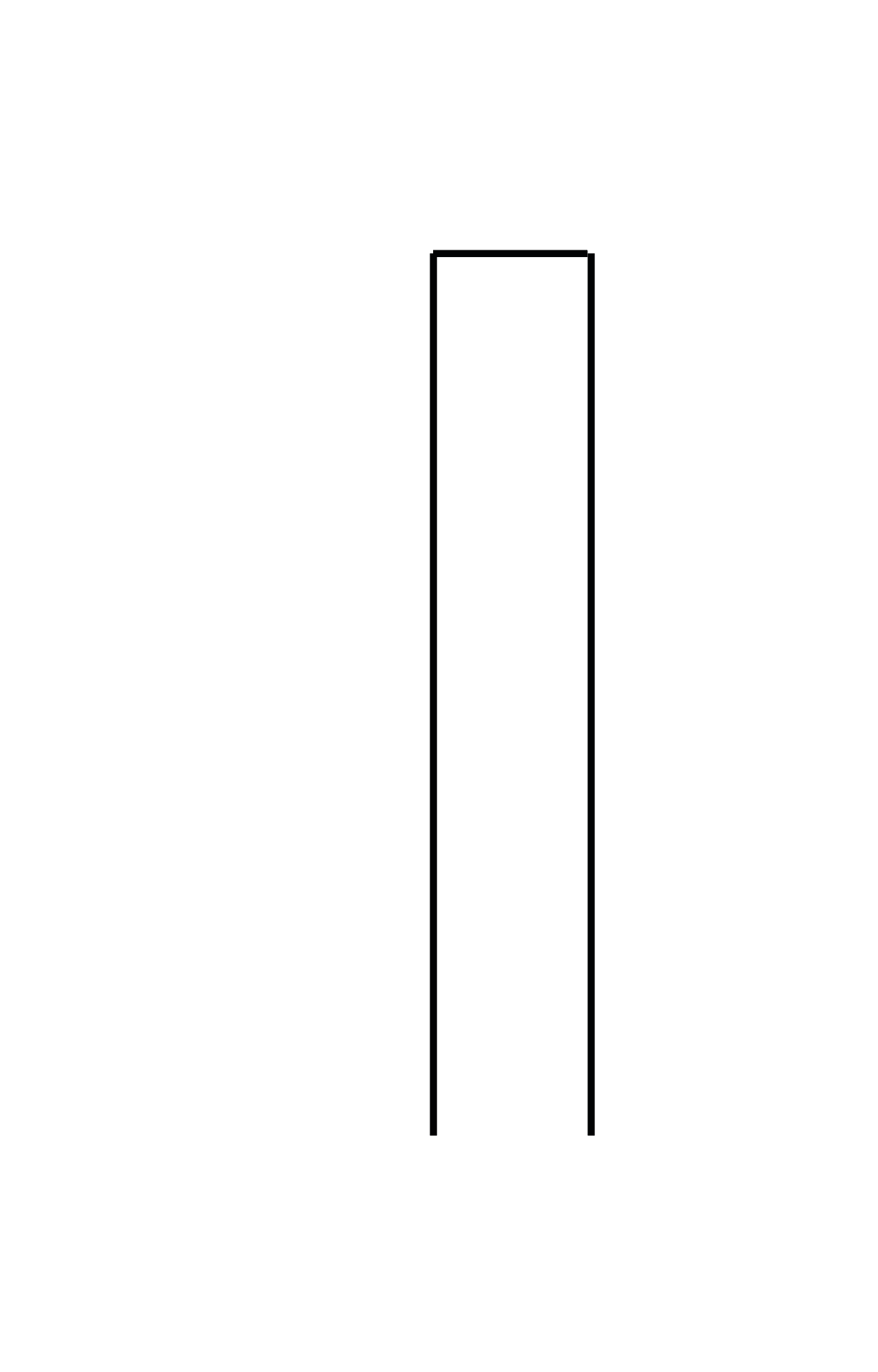 The measurements have to be the same. The small part in between for example has to stay at 12mm length/ width.

I tried using the spin tool but had no luck with it.

I would rather prefer to create the shape like this and bend it to my desired position and change the bend later on if I want to instead of modeling it from the beginning like my end goal.

My version of it: at first I created a flat plane and made loop cuts in the middle, then split the plane into 3 separate faces by selecting the two edges in the center, right-clicking and choosing Edge Split. This will make the parenting to the armature easier.

Then I added an Armature > Single Bone at the bottom edge of the bottom face. I extruded it and adjusted the bones so that they fit to the faces. 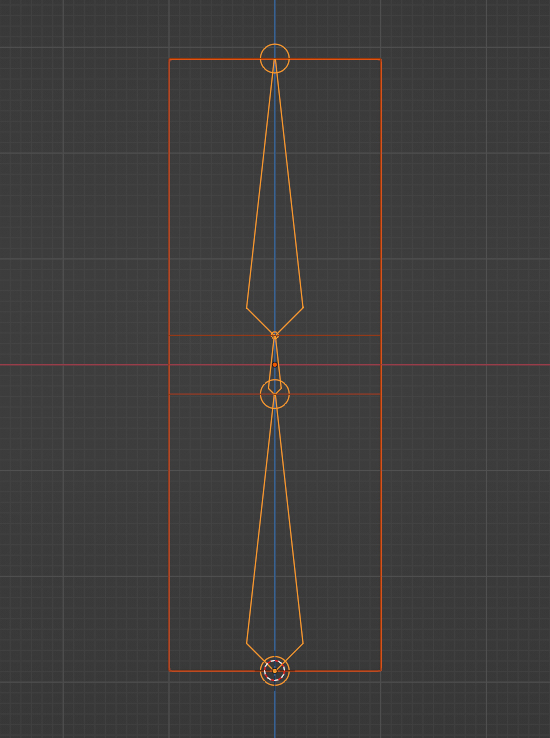 After that I selected the plane object and the armature, hit Ctrl+P > Set Parent To > Armature Deform > With Empty Groups. 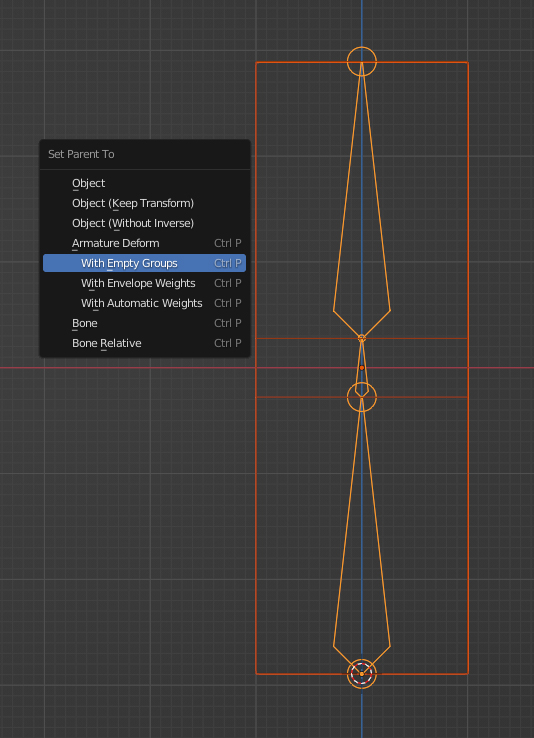 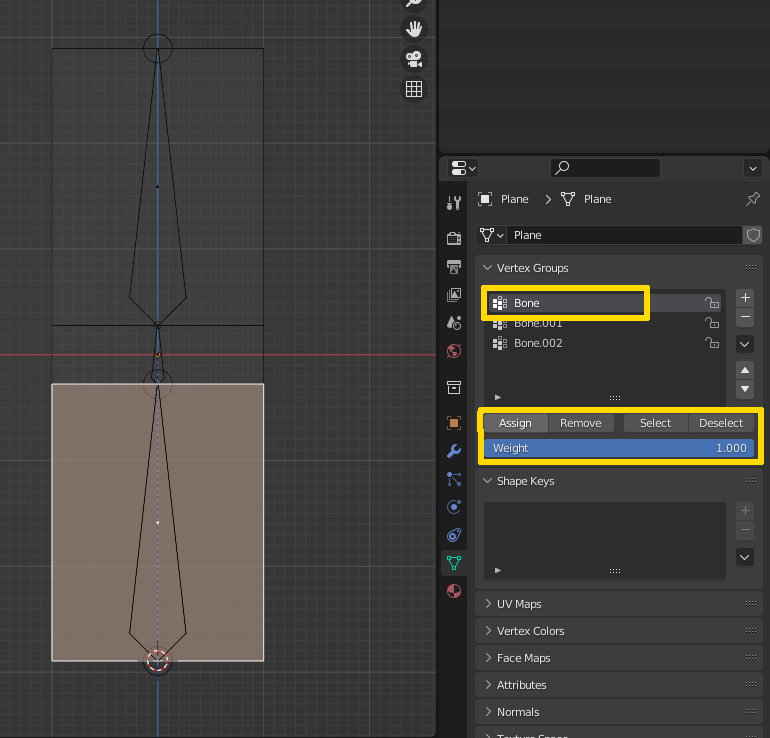 Now this will already work to bend the plane (as long as you restrict bending to the axis perpendicular to the face normal): 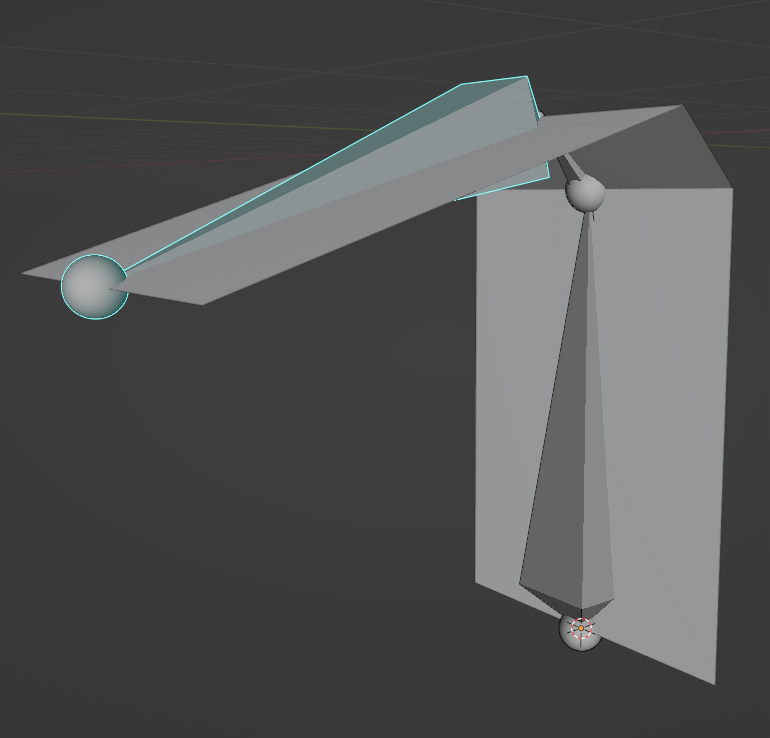 However, if I now add a Solidify Modifier, it will become obvious that I've split the faces (I've made it a bit thicker on purpose to show it better): 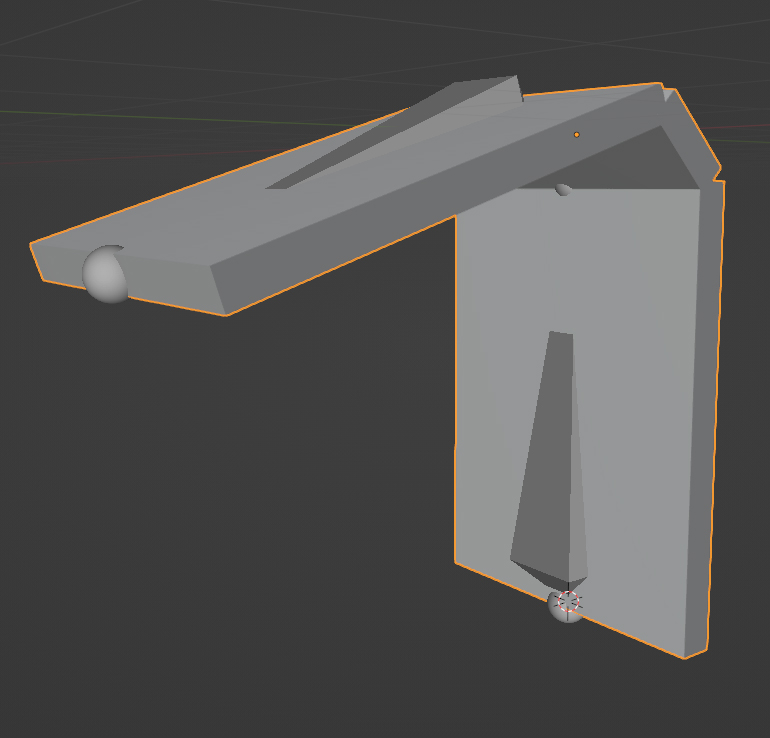 So in order to fix that, I put a Weld modifier between the Armature and the Solidify modifier. The position is important, because I want the mesh to be split for the bones, but it should be merged before I solidify it. Edit: I just tested it, after the faces are assigned to the bones it doesn't seem to matter if the Weld is before or after the Armature. I'll leave it here anyway in case of problems - the essential thing is, it has to be before the Solidify modifier. 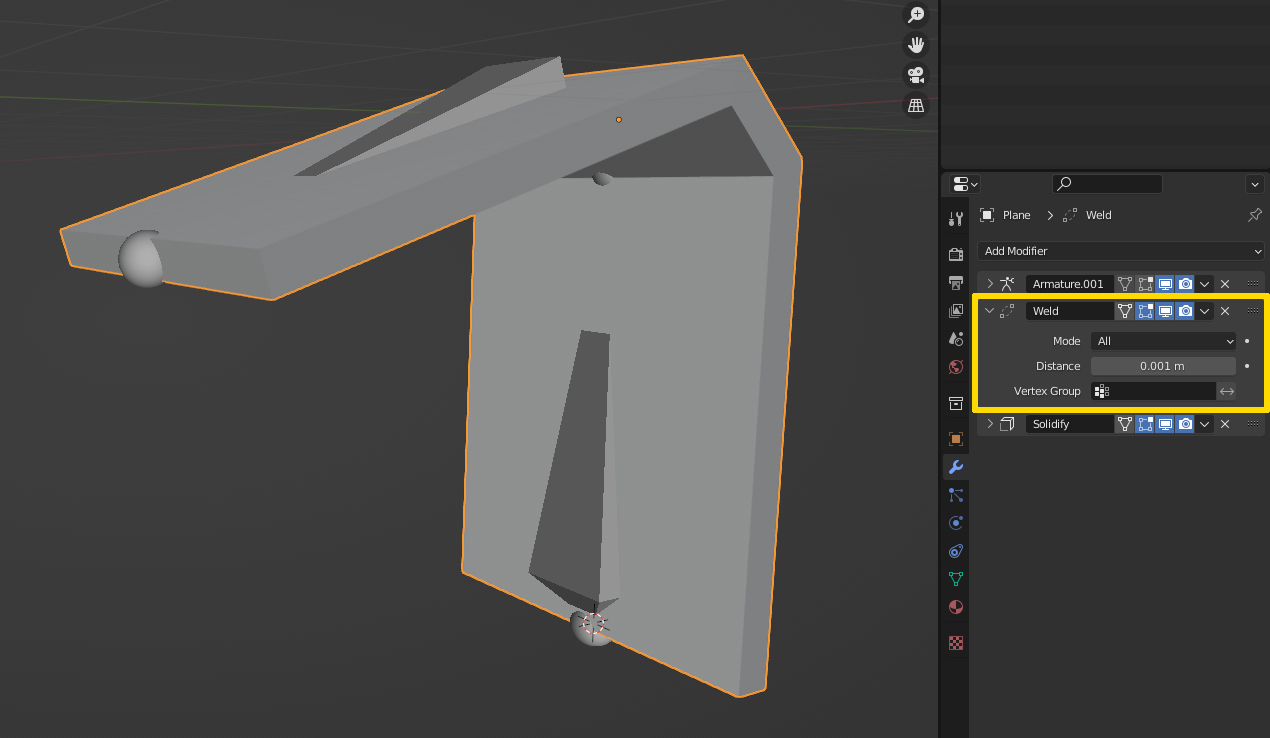 Another way would be to individually separate the two flaps (p), 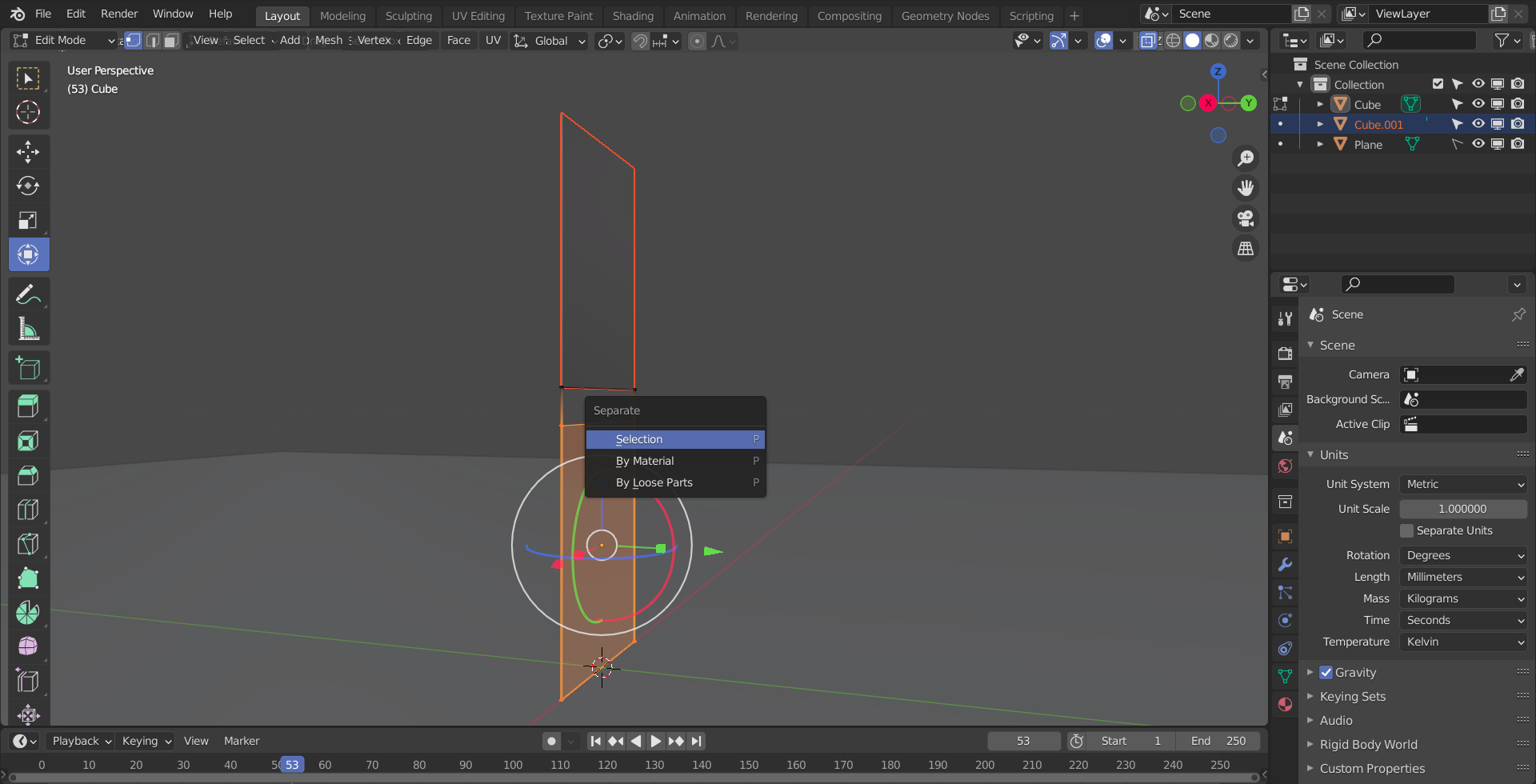 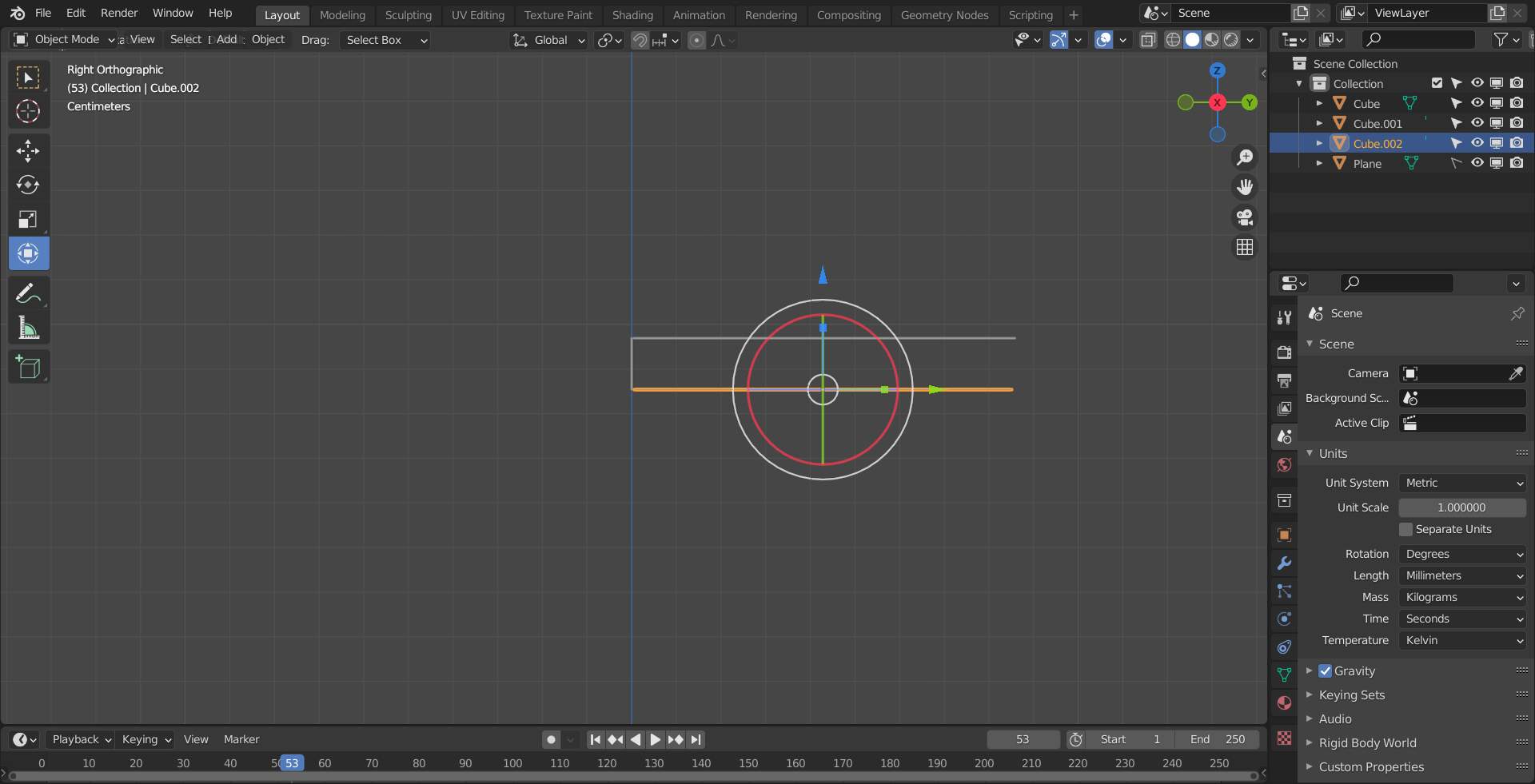 fill the open faces you would like to fill (f), select them (select the middle object last) and join them again (ctrl + j) 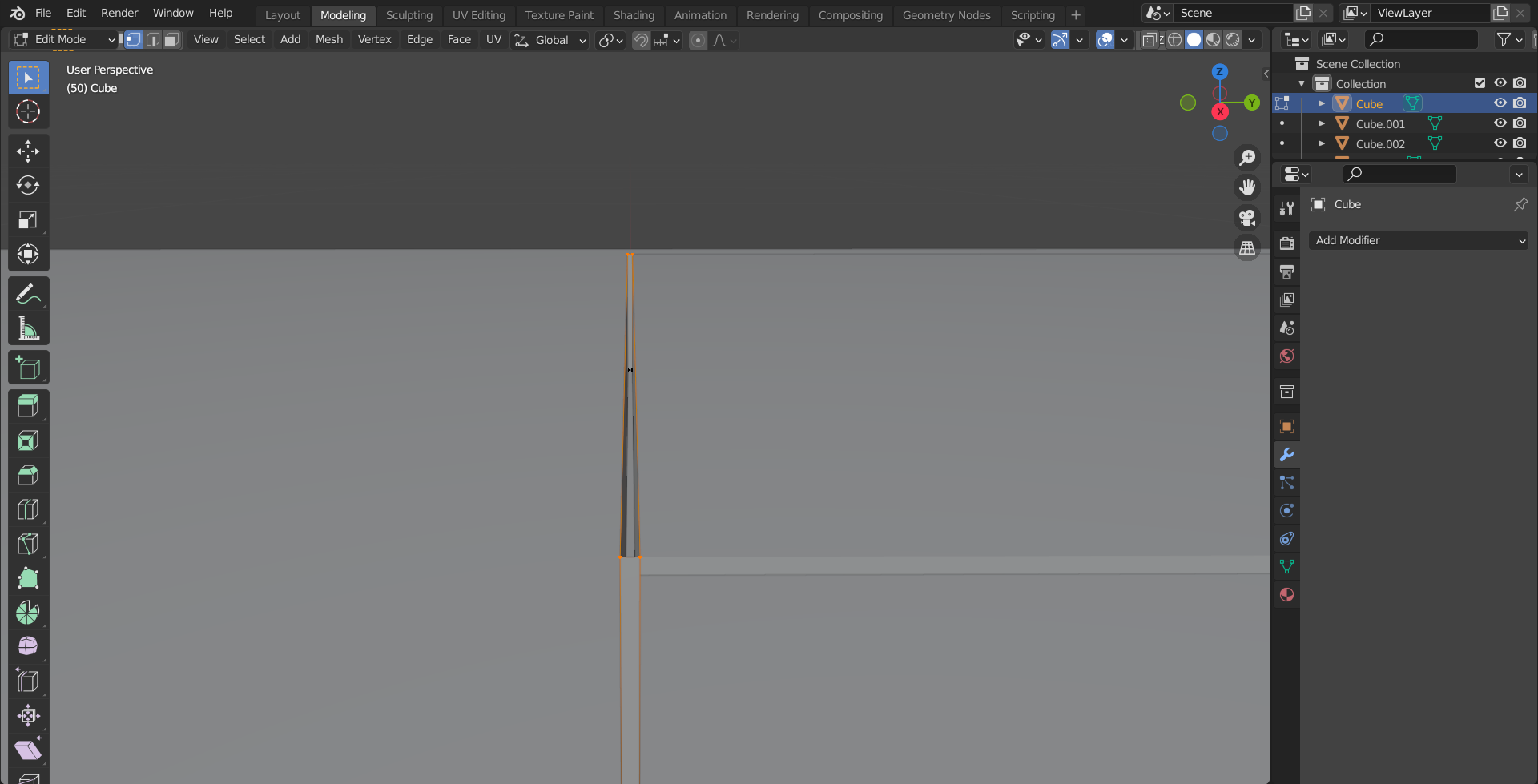 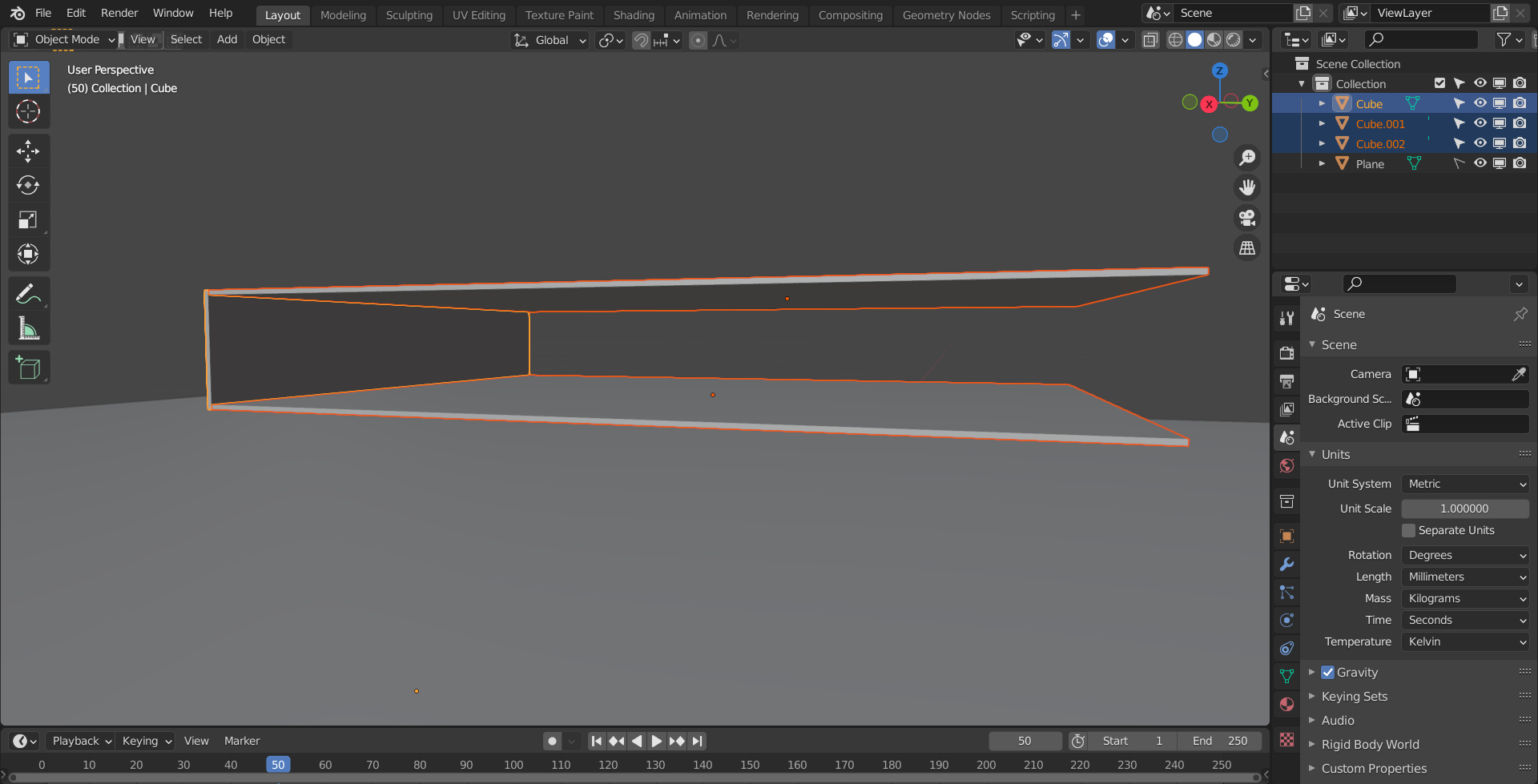 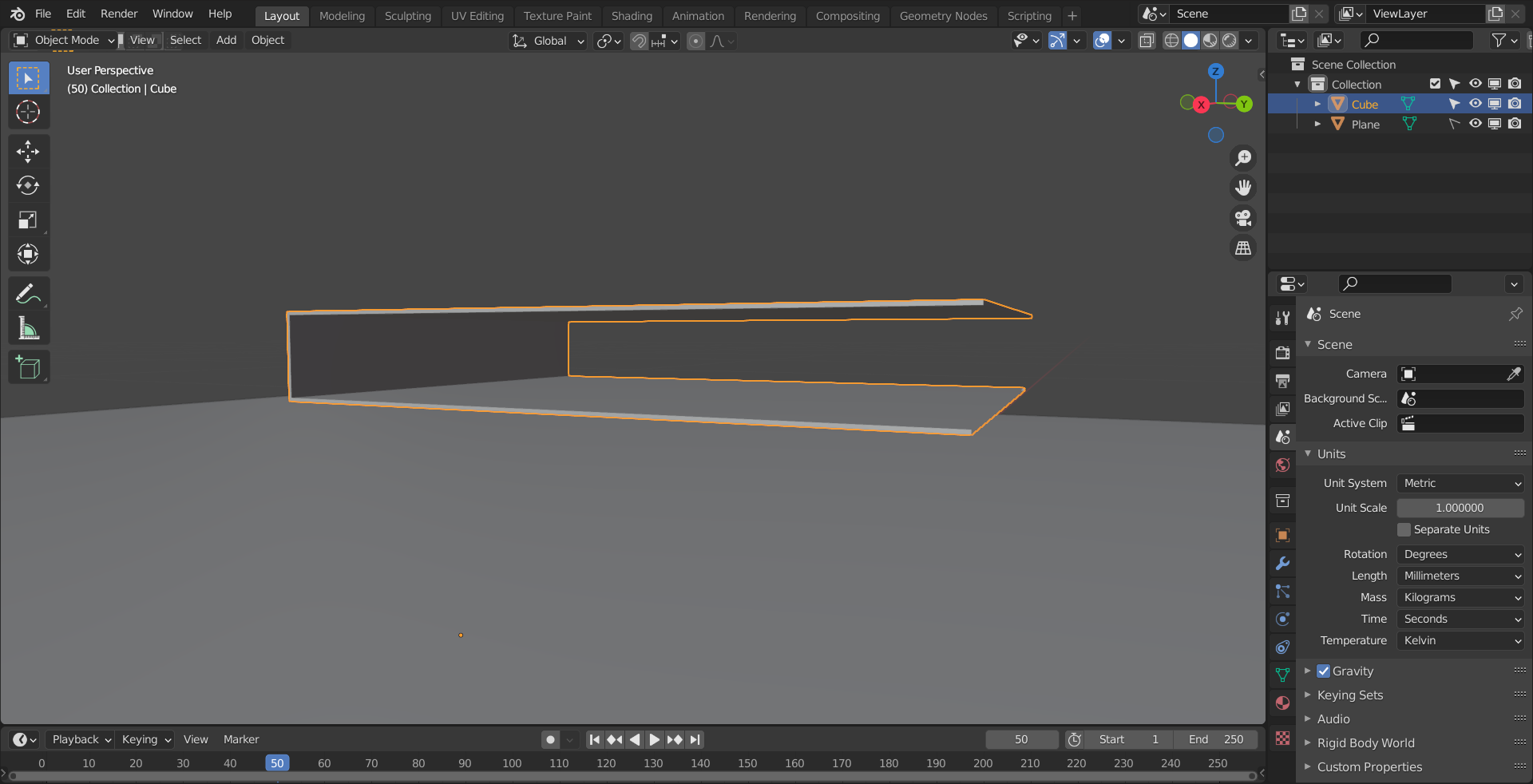 It may not be the simplest or quickest way, but it's how I usually do it if I don't want to hassle with bones.

Edit: You could use a solidify modifier for thickness instead of an extruded mesh and then rotate, the thickness won't go wrong.

This can be done using rotation...

Select your top edge of the small part. Then do Shift + S > Cursor To Selected. Now, go into face mode and change the pivot orientation to 3D Cursor: 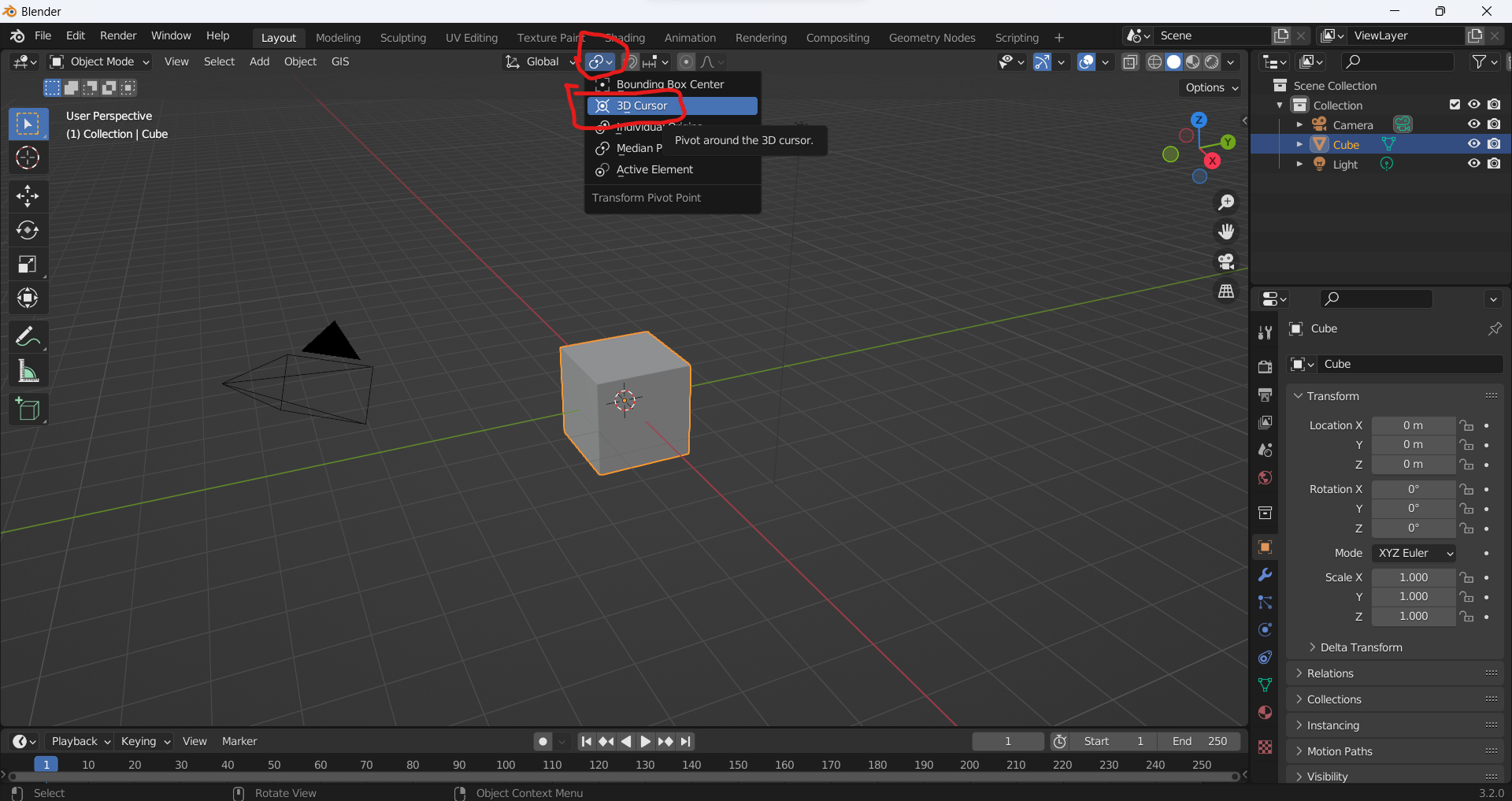 The best method I have found is with an addon called mesh align plus https://github.com/egtwobits/mesh_mesh_align_plus/releases/tag/v0.6.1

3
Cut a model into two models by intersecting with a third model
3
Blender's version of Sketchup's line tool?
0
How to remove connected intersecting geometry?
12
How can I create a mathematically correct arc/circular segment?
0
Text on a curve with consistent length
4
Modeling a low-poly crater in Blender
3
How do I do topmod style loops in Blender?
0
Continuation of existing curved edges to close mesh body
0
Best way to tile a complex shape with a texture?
3
Superellipse bevel with unevenly distributed edges?