How to influence the material with Geometry Proximity? 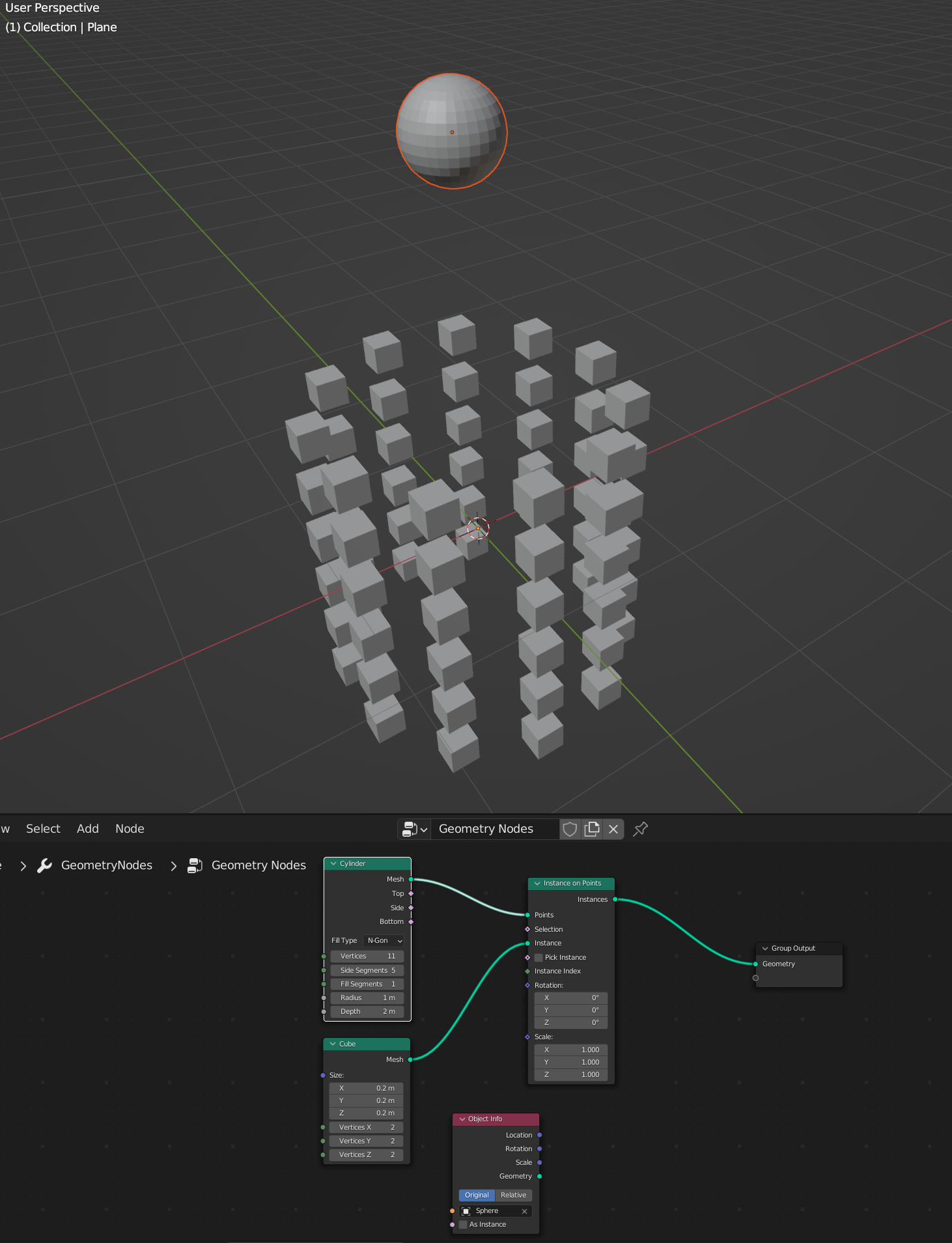 You would only have to capture the Distance, which you get from the node Geometry Proximity, as an attribute, and pass this to the shader. 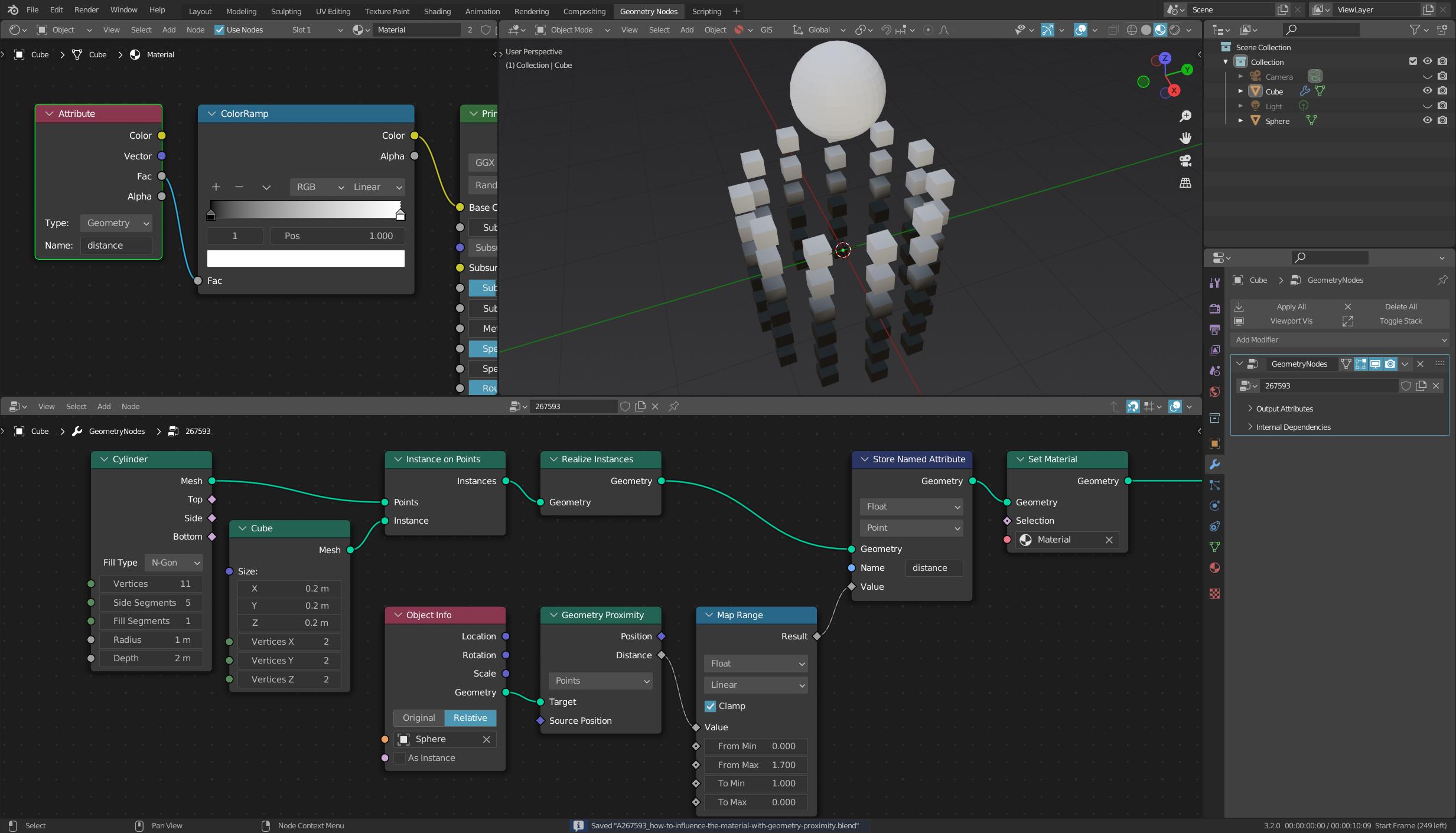 In Blender 3.2 there are Named Attributes, with which you can give an attribute a name, which you can use with this in the shader without detours.

If you are using a lower version of Blender, you would have to take the detour via Group Outputs.

If you want to use a uniform color instead of the individual points of the cubes, then you would simply have to hook the node Store Named Attributes in a different place, and apply it to the domain Instance: 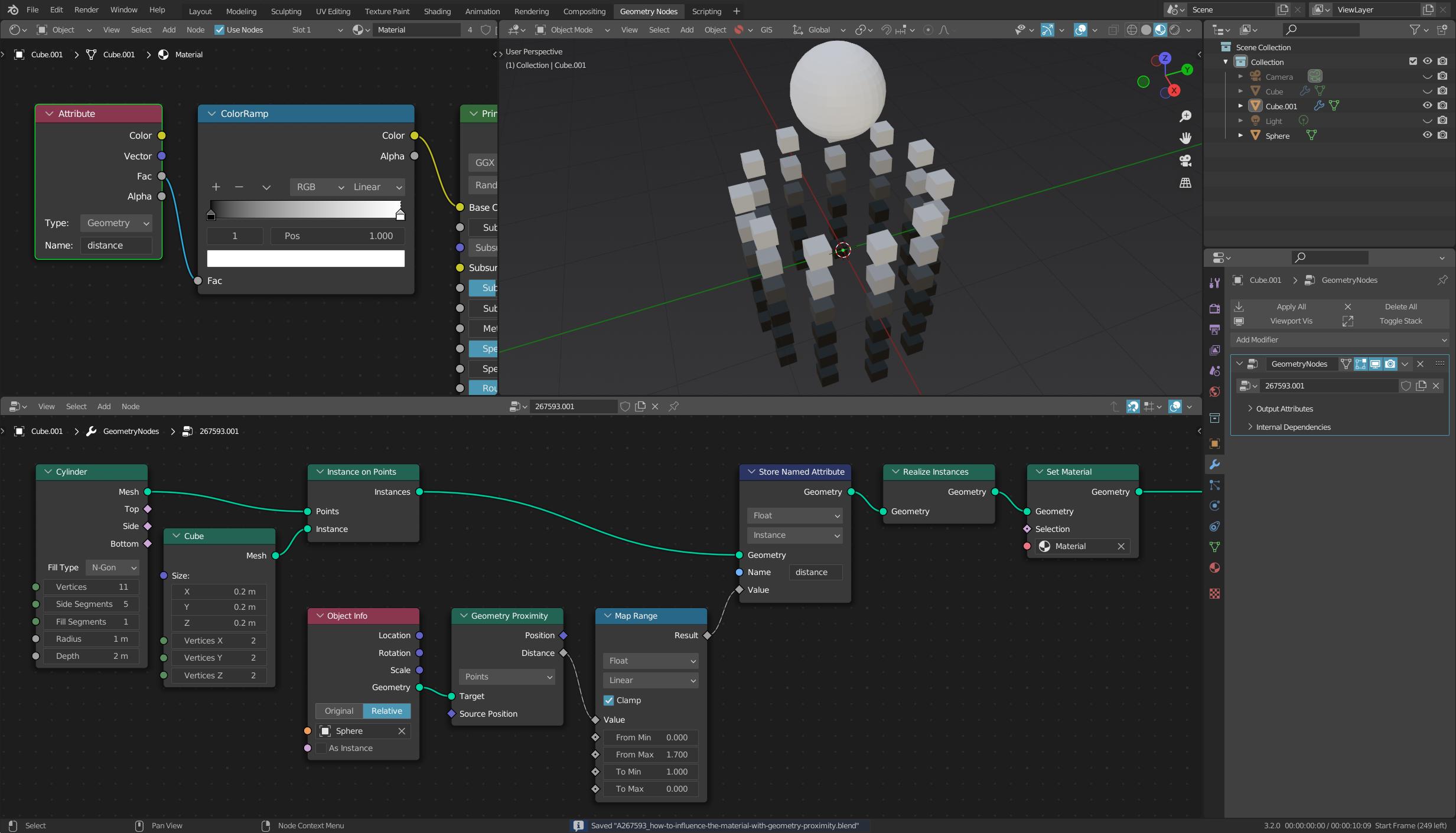 PS: It would be important to mention that you must use the nodes Realize Instances and Set Material in both cases.

0
How can I use local rotation on objects created with geometry nodes?
3
Point instances lose material after applying Geometry Node Modifier
1
Set material of instances on Geometry Nodes
3
How to make geometric nodes have physical simulation？
2
How to randomly connect instances with cylinders using Geometry nodes?
3
How can I use Geometry Proximity and blend between several meshes (that have the same vertex count)
4
Geometry Node Extrude Mesh, How to Apply a Material to Random Groups of Extruded Side Faces of a Cube
5
Geometry node - instantiating a cube only in the middle of another geometry edge
2
How to link pixeled texture between Geometry nodes and Material?
3
Geometry Proximity with Instances as the Target