Another question: I am trying to make a very simplistic, New-York-style fire escape. I have developed a simple spoke in order to support the railing that I'd like to duplicate onto regular intervals of vertices as pictured. I am wondering, is there a way to mass duplicate onto each vertex, rather than selecting each, changing the 3D cursor, and moving the object to the 3D cursor? 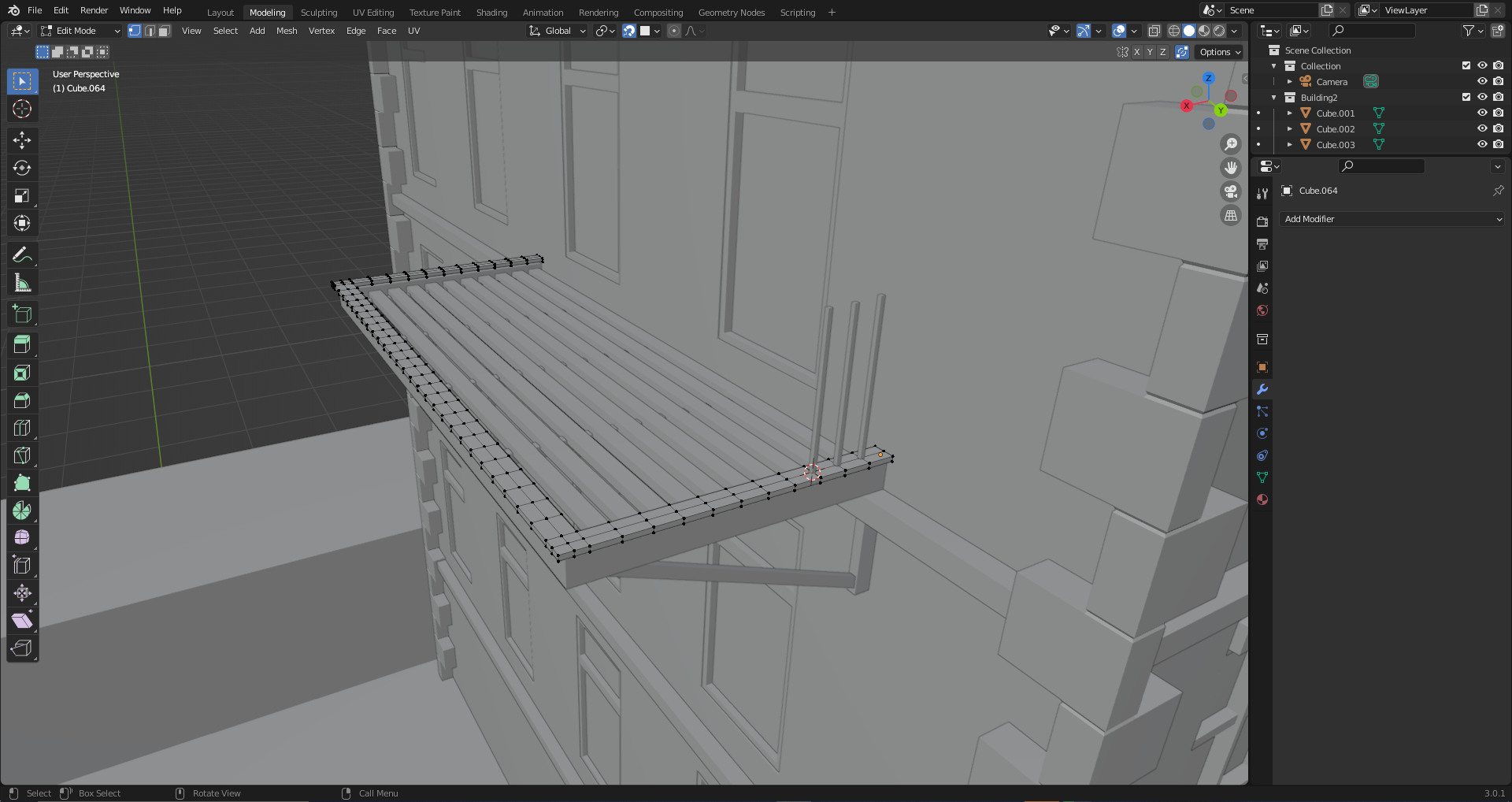 Geometry Nodes is the way to go.

Especially if you want the greatest possible level of control.

Duplicate the vertices you want to instance the railing on, press P to separate them into a new object.

Add an Instance On Points node between the input and the output.

Drag your 'spoke' object from the Outliner into the node editor. Connect it to the Instance input of the Instance On Points. (Make sure the scale is applied on the spoke object or you'll get weird results)

Add a Transform node to control the offset of the spokes. 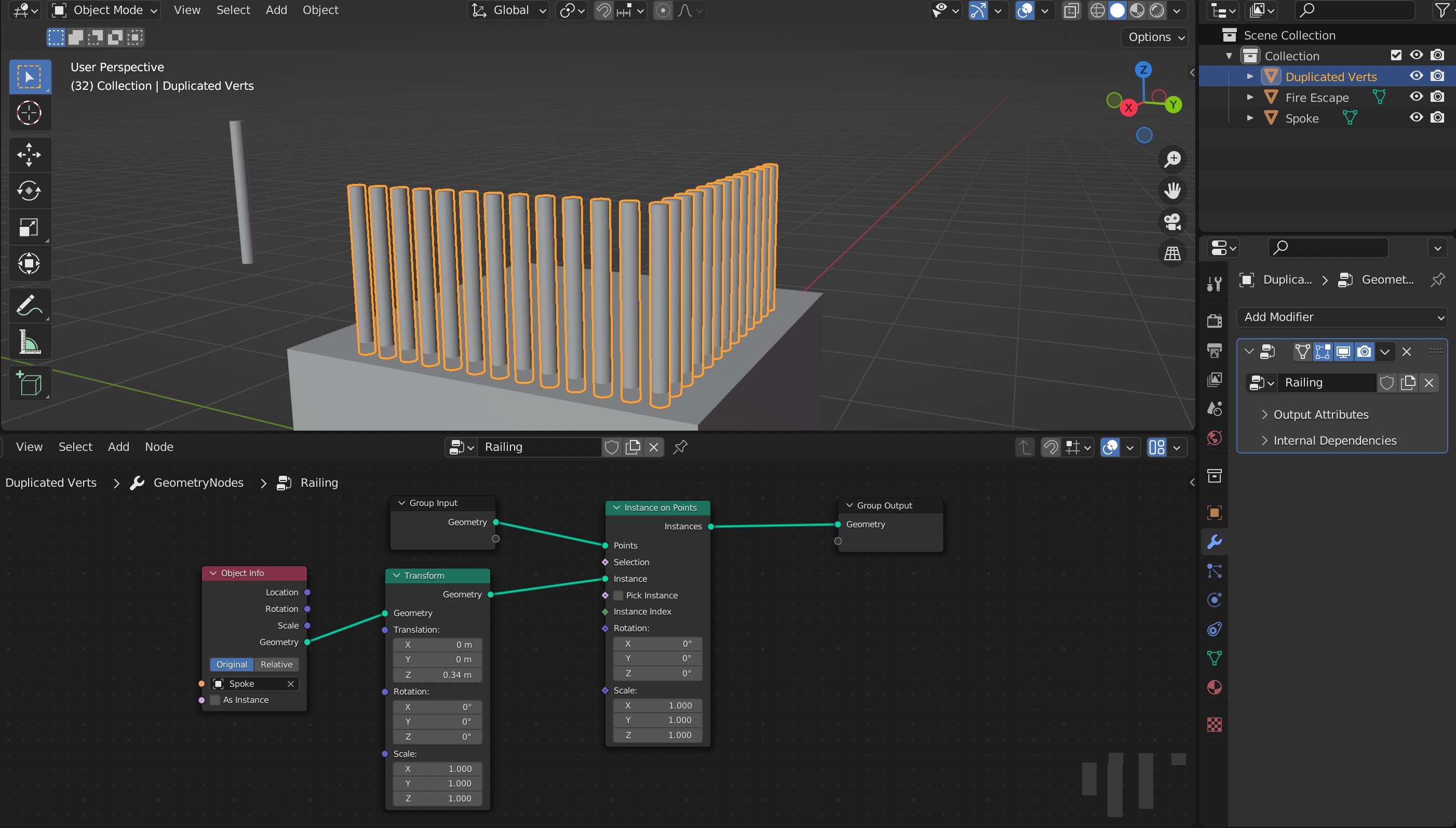 Don't forget to add a Realize Instances node just before the output node if you plan to apply the modifier.

There's really a lot of options. 1 - One of them is using particle system: https://www.youtube.com/watch?v=JPSCes13zNE Note what you need to count you vertices and set it as amount of particles, cause otherwise it will create unnecessary duplicates. This way you can have not only exact number of duplicates, but they also will places right on vertices as you wanted.

2 - Also i can refer this one, check the last post in the topic: https://www.reddit.com/r/blender/comments/asojap/duplicate_on_vertices_dupliverts_28/ It have some drawbacks, but anyway its also can work and do the job. Its also will plase duplicates on vertices. For make it work, you will be need to duplicate and separate edge which contains vertices where you need to put duplicated object. You also can onle duplicate vertices inself, but i cant recommend that cause vertices are basically invisible in object mode, so you can literally lost you object :)

3 - As a "vertex independent" method: You can extract you edge, convert it to curve and duplicate objects on curve. It requires extra steps to avoid deformation and final count of duplicates will depend on array modifier, not the vertices of you mesh: https://www.youtube.com/watch?v=5EyLoUdK3To

4 - And finally Geometry Nodes where it can be realized relatively the same way, but anyway worth to noted. But i can't refer any specific tutorial.