How to use textures to influence point density node?

I want to take the shape that is being output by the point density node and displace it with other texture nodes, as described in Gleb Alexandrovs talk about Nebulae: https://youtu.be/4w8_SBxCOxo?t=814 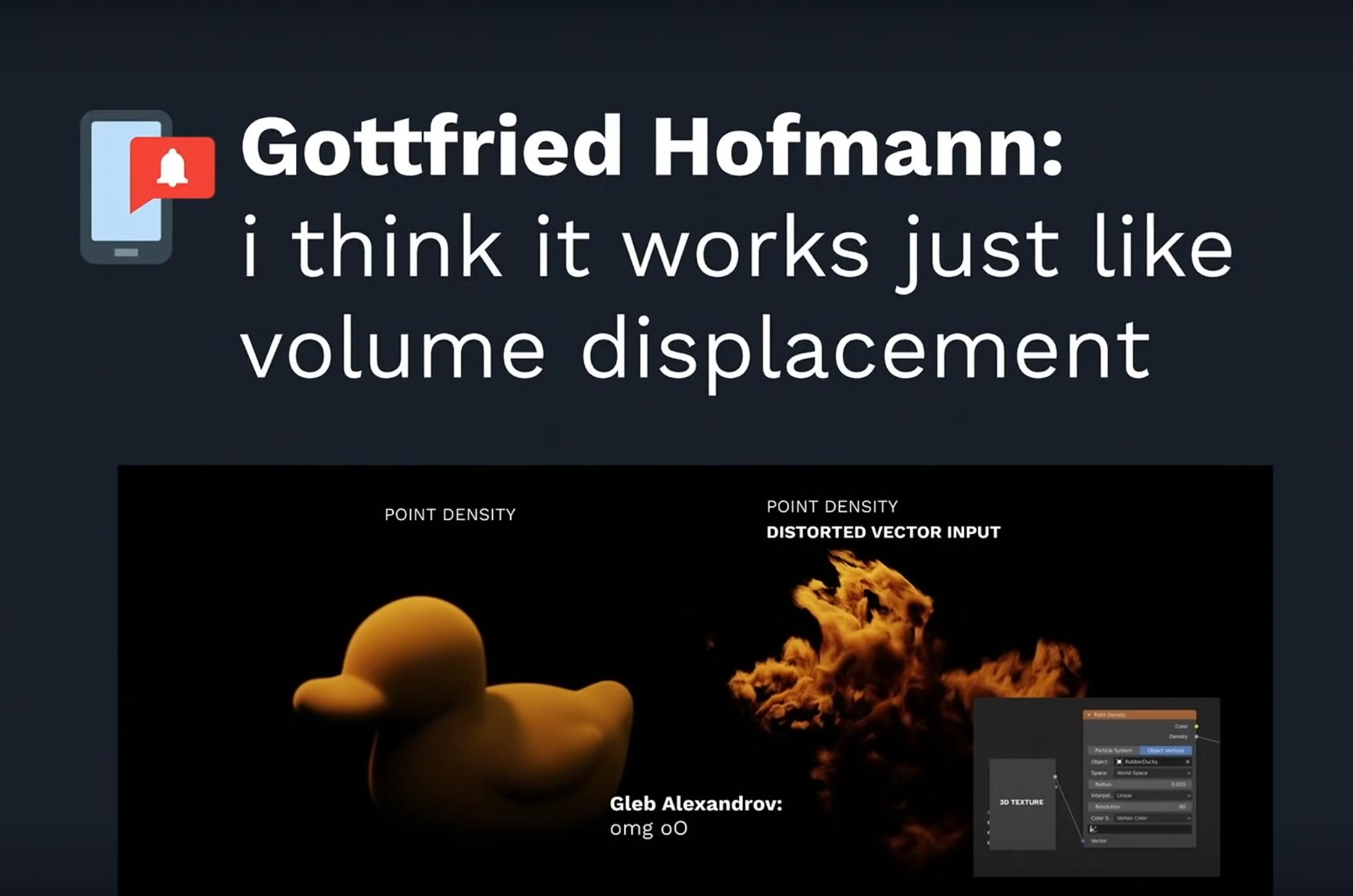 Whenever I try to do that it doesn't work as expected and it just displaces the whole volume and ignores the shape.

I have also tried using a mix color node to make the influence gradual but it still completely ignores the point density node. 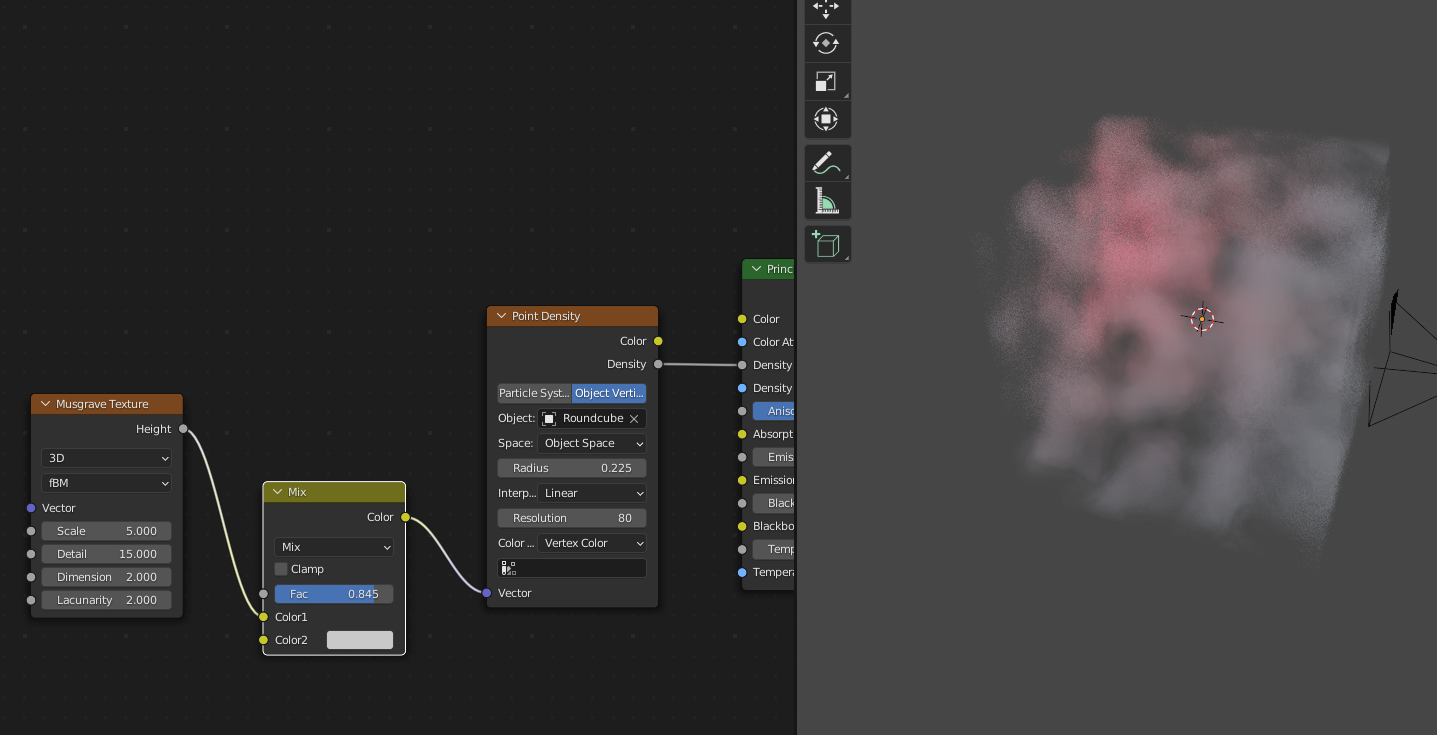 What am I doing wrong? I know displacing the vector input of one texture with another usually lets you influence it, instead of completely replacing it. And their talk proves that it has to work. Would appreciate any pointers/help.

You're right, you do need to displace the vector coordinates.

Just make sure you start with some actual coordinates to displace.

Use a Texture Coordinate node (Object output) and then mix your noise with that. (For some reason, Linear Light works great for this.) 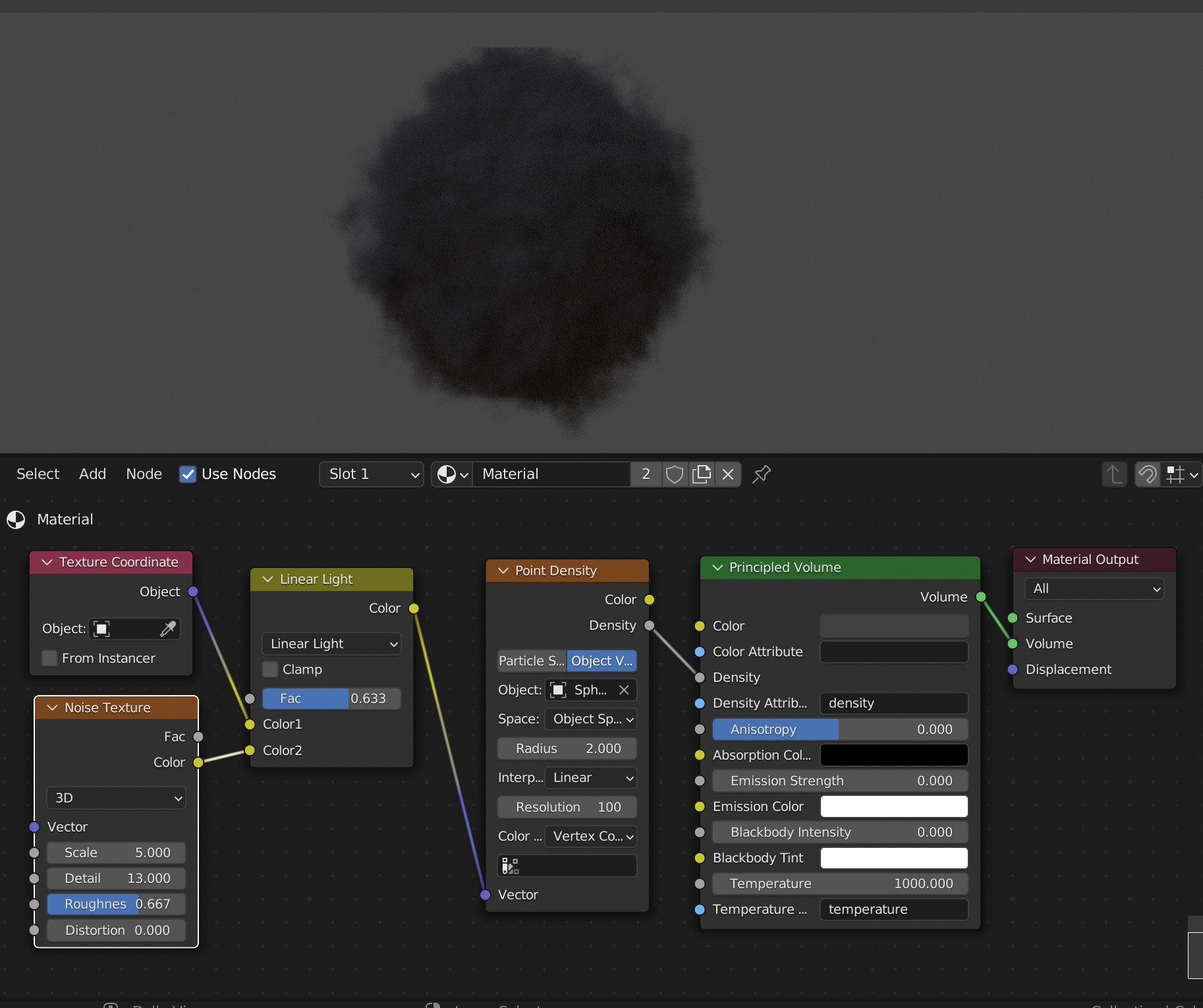