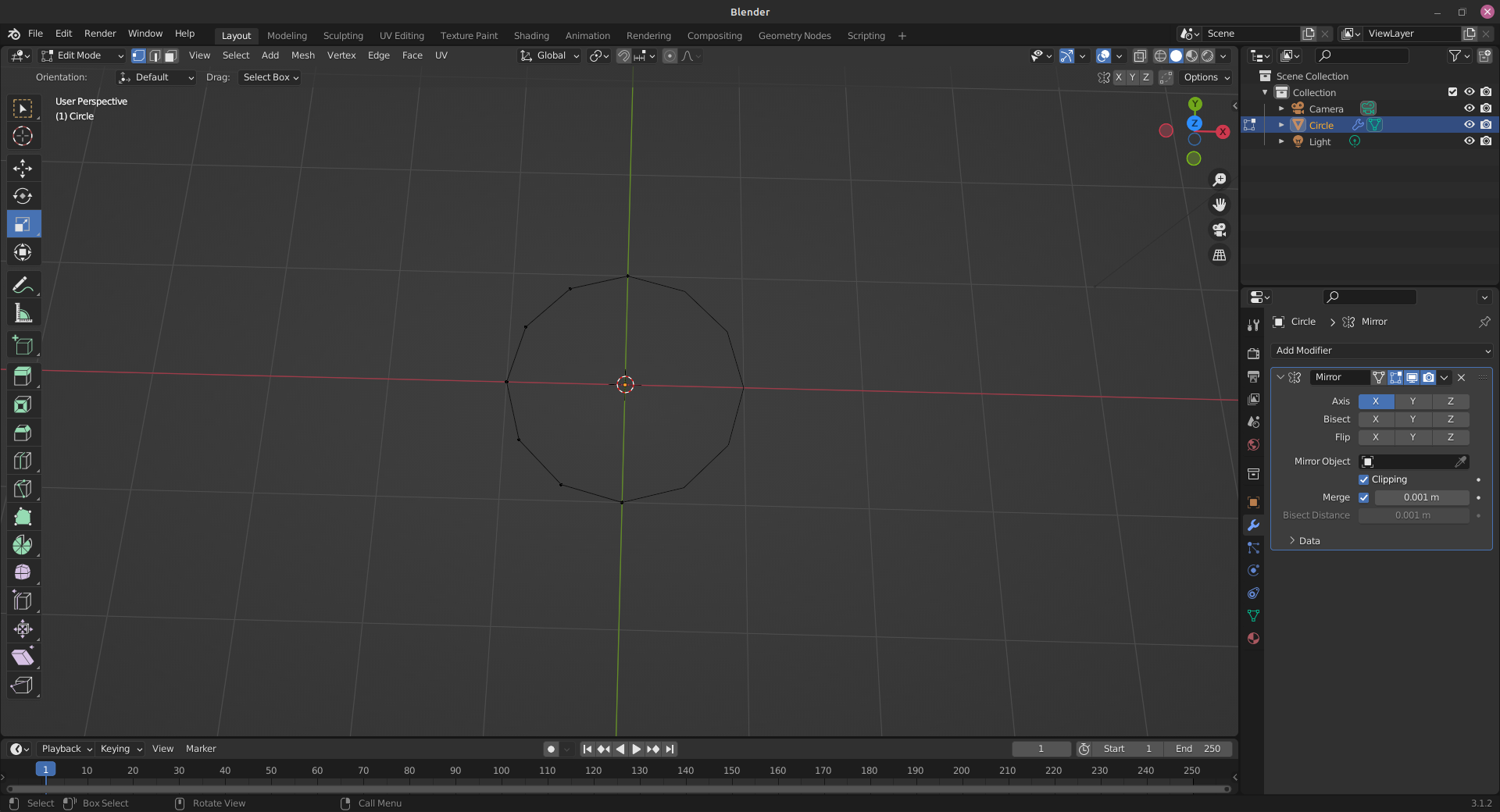 In the image above I have the mirror modifier applied to a 12 vertices circle (or a 7 vertices half circle with the mirror modifier applied). Imagining that I have to extrude and scale around the center of the whole object (including both halves), I tend to use the cursor as the pivot, and since it's in the world origin, if often solves the problem, specially when scaling around two axis. 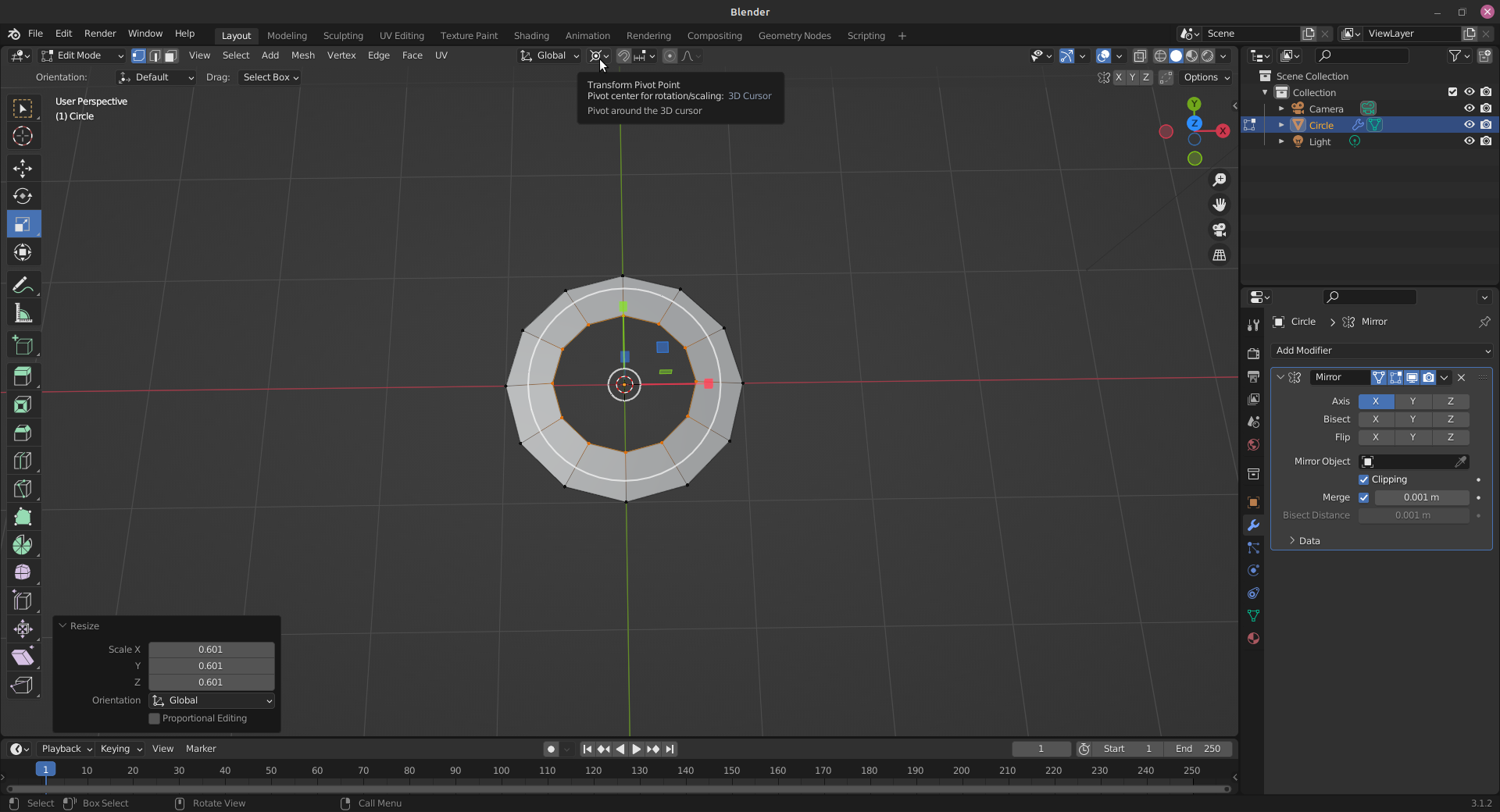 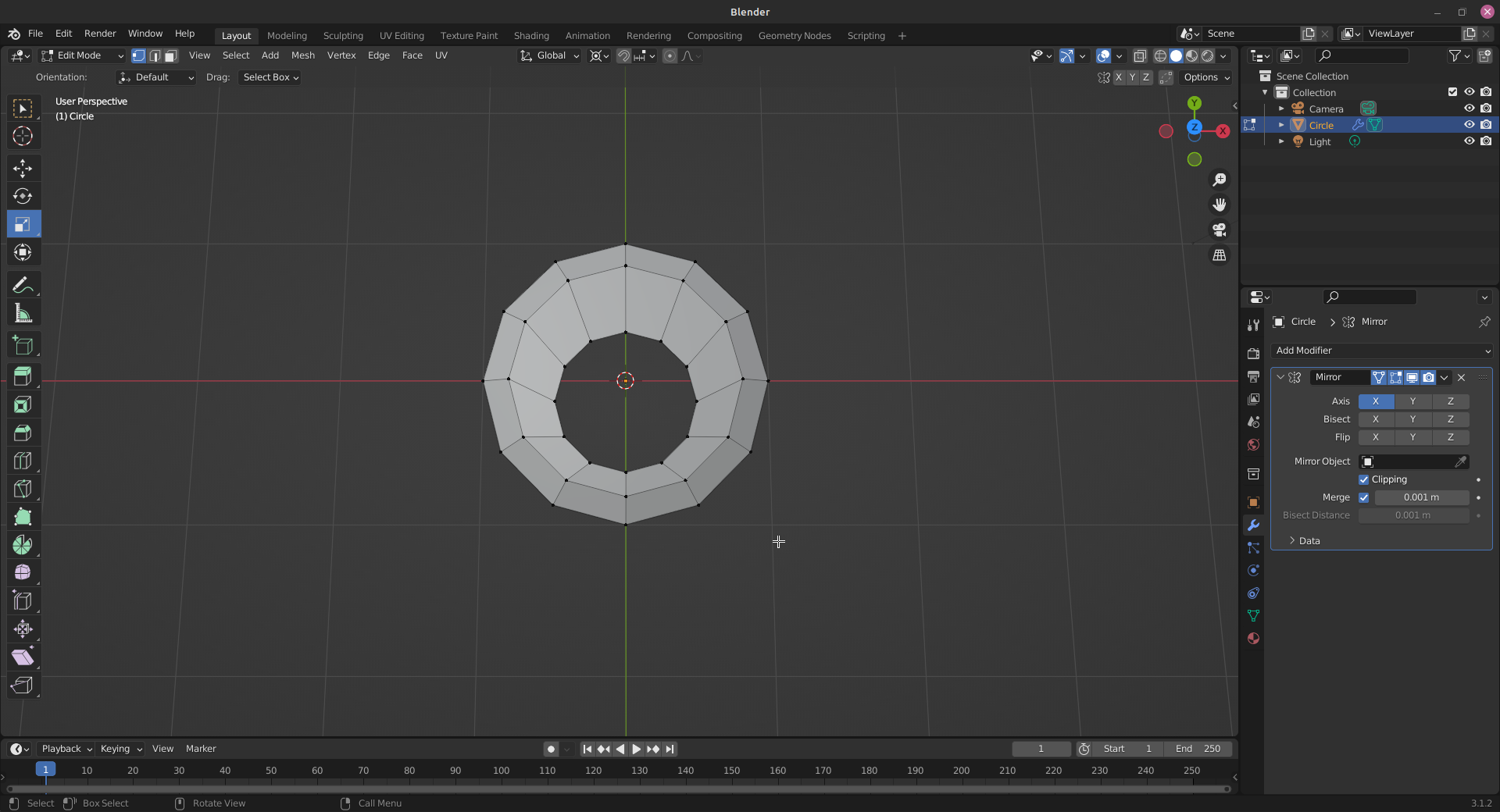 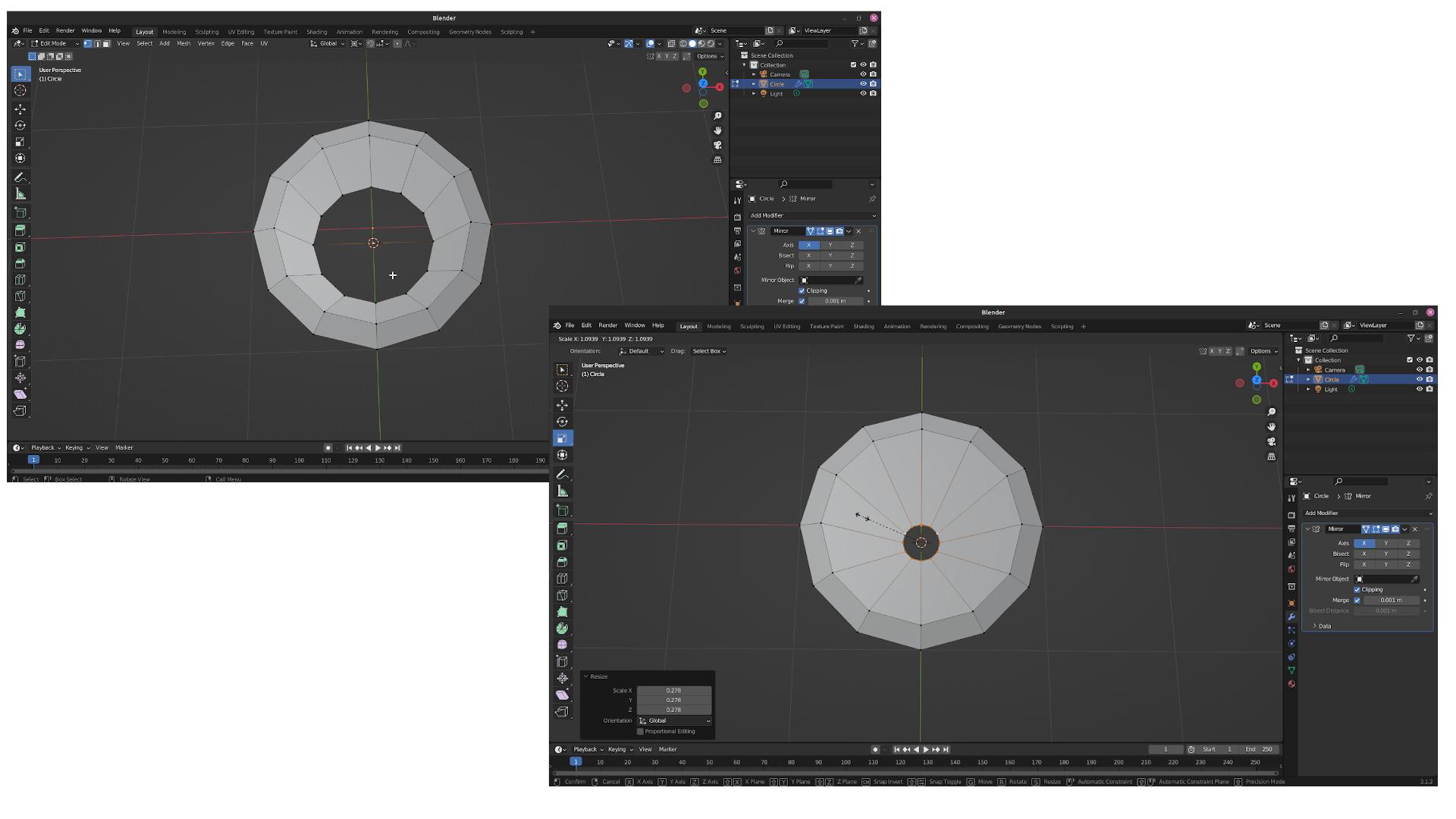 But by now it's starting to feel more like a hack than how to properly handle that problem, I'm feeling that I might be missing something. Is there a better way to handle this, maybe making blender recognizing both halves? Or should I just use the symmetry tools? Most people seem to use the mirror modifier so it probably is a better option to the symmetry tool (and I've noticed that those tools applies only to translating, and not extruding, cutting etc.)

Instead of extruding a vertex and set the 3D cursor to it, you can select two opposite vertices and hit shift + S -> cursor to selected so the 3D cursor will be in the center of the circle (mirror modifier included) 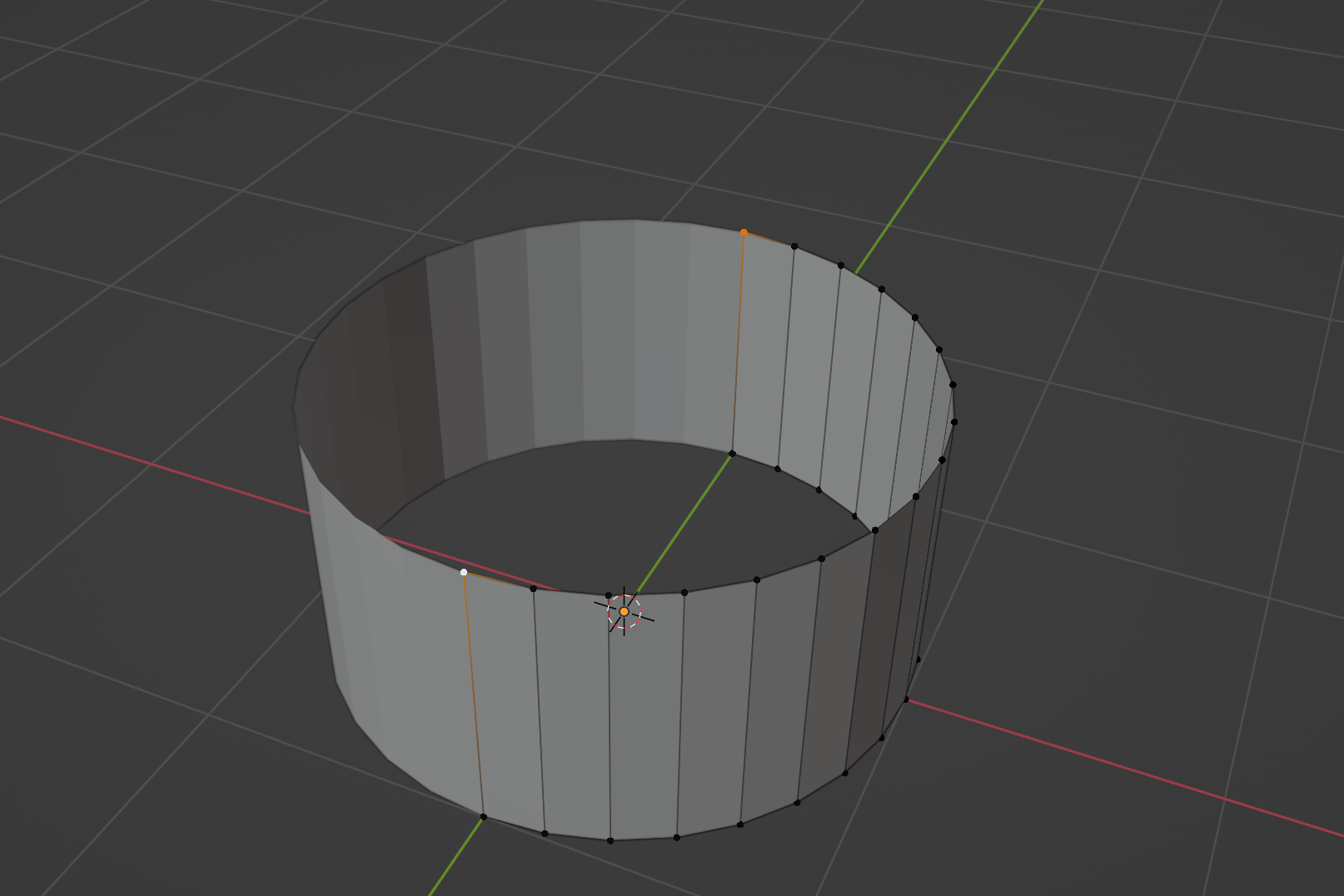 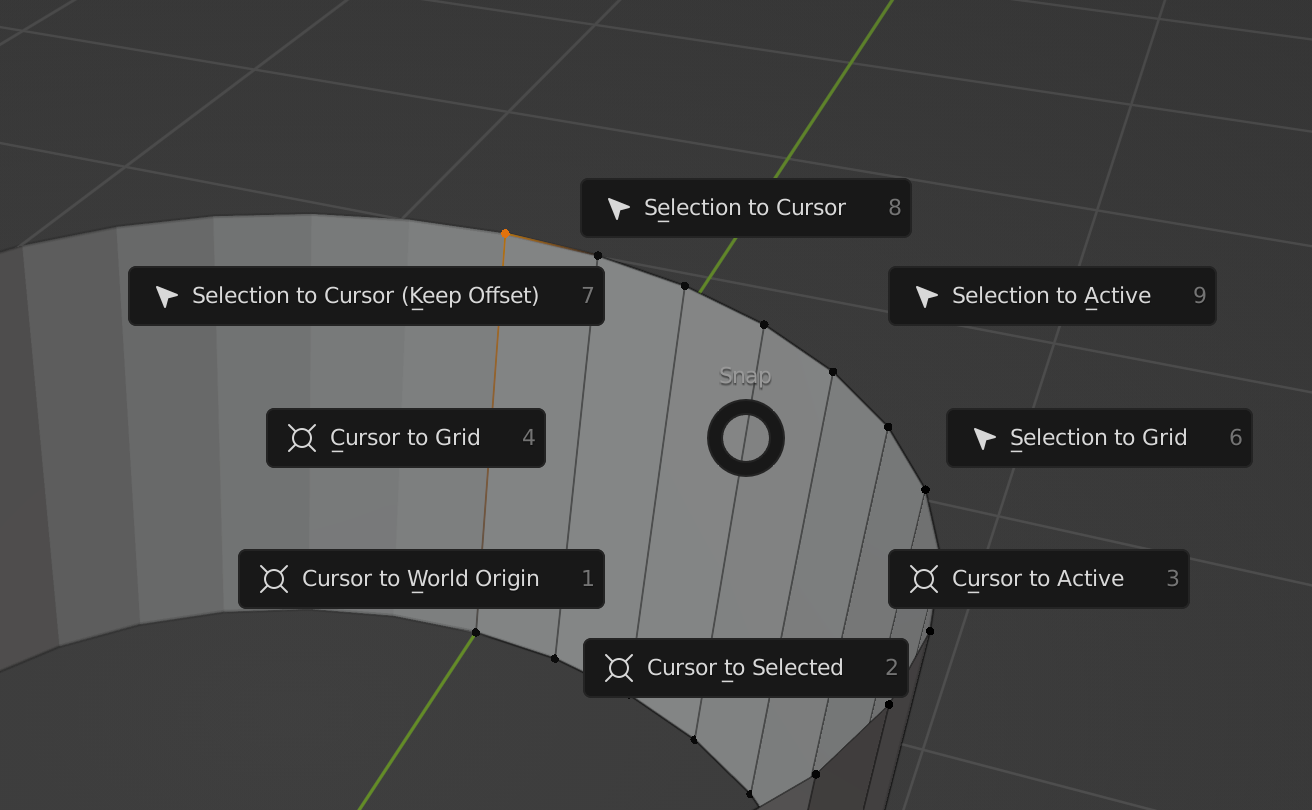 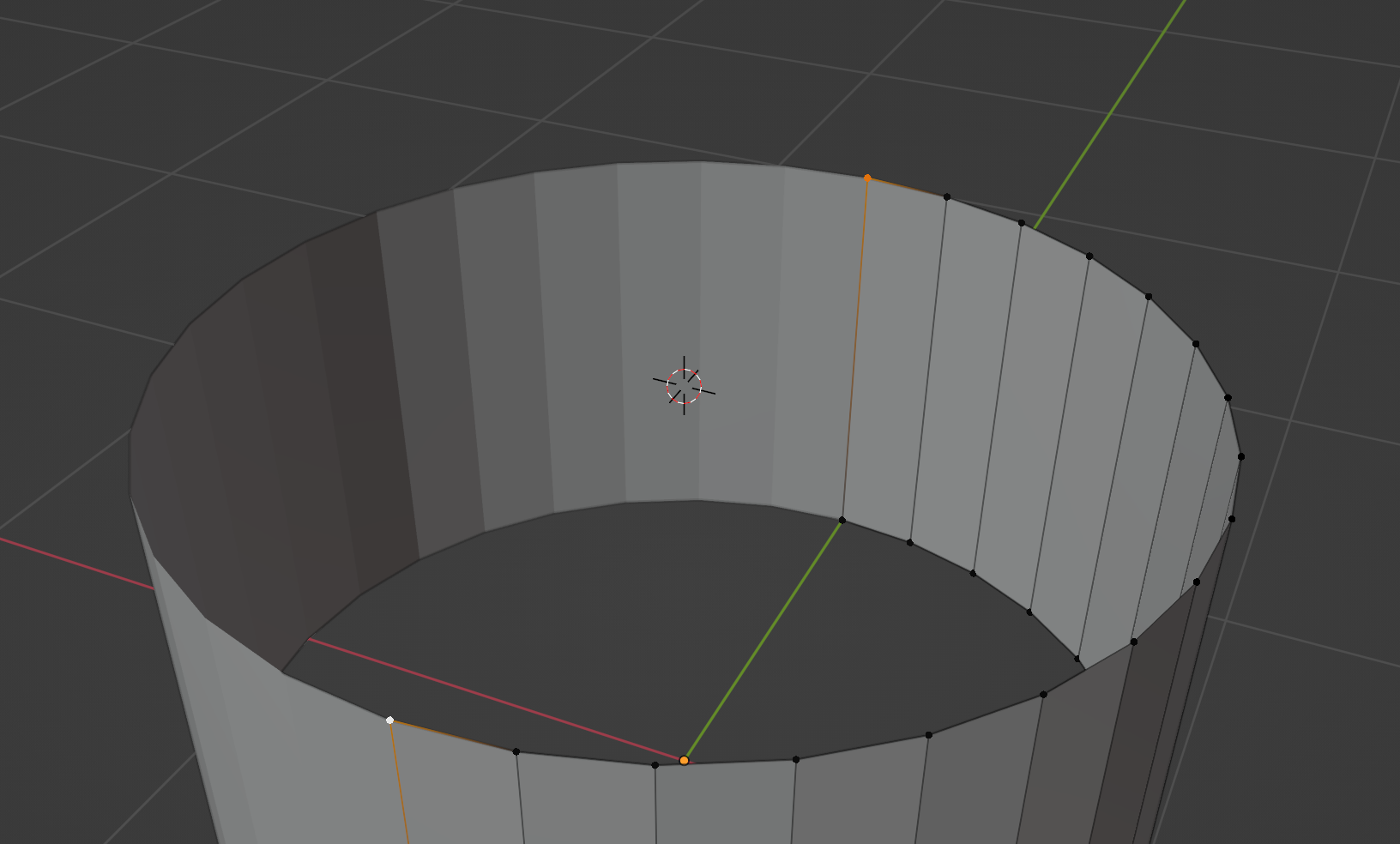