How to make NLA strip rotate based on previous action?

in this file http://pasteall.org/blend/34781, i would that the person turn left and continue to walk but there is a little bit problem that i could understand that canceled the turn left action. Could you help me

I resolve it. You have to cancel the rotation master before starting the new moving cycle. This is my new file .blender

Instead of piling up so many actions it is way easier to control the characters movement by using curves and follow path constraints, the influence of each segment must be defined by keyframing the influence slider and the offset value controls when the curve comes into play. 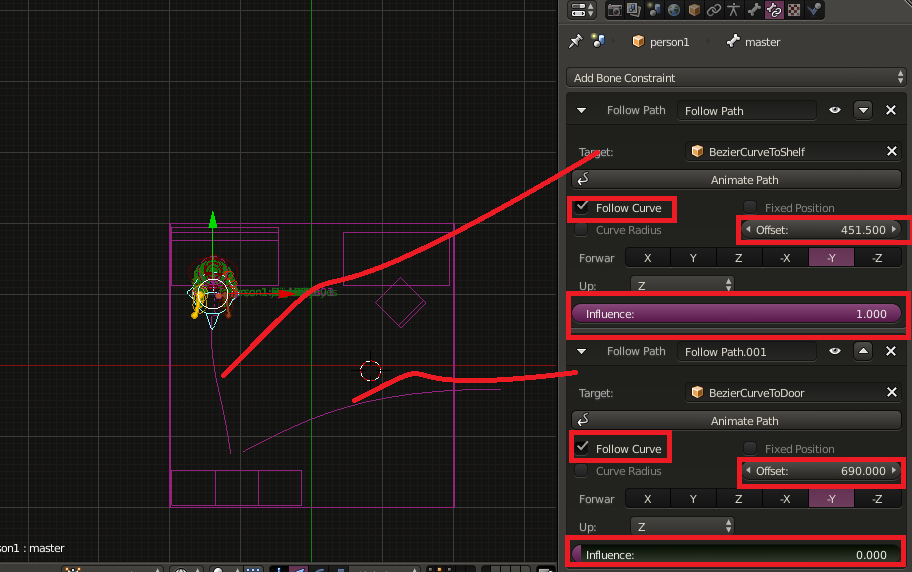 This would allow you to order the actions subsequent in a single actions strip. Only one to control the curves influence is added on top.

One important thing is to start curve 1 with an influence of 1 and setting another keyframe with influence 1 before you set it to 0 when the second path should take over otherwise the values in between would be interpolated.

Also note that the number of frams for the curve can be adjusted in the curves properties: 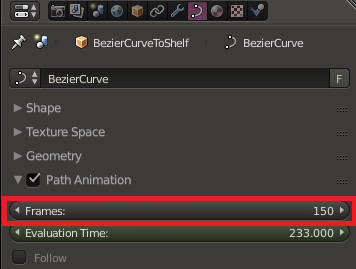 Not the answer you're looking for? Browse other questions tagged animation nla-editor dopesheet or ask your own question.

1
How to make NLA strip pick up location based on previous action?

4
Looping walk cycle animation snaps back on repeat
1
Why NLA editor run only the top action strip
1
How to make NLA strip pick up location based on previous action?
2
How can I edit F-curves of an action already put in the NLA editor
1
How to save NLA action but don't use it?
3
NLA Action of material Mix Shader node FAC value
1
NLA - Repeating an action progressively