Why does my cloth simulation go through the mesh whenever on the right side of the central blender axis?

I have a cloth simulation set up where a plane falls over a cylinder, and ideally takes its shape, letting the slack fall beside, as usual, but I've run into an odd "glitch". I've tried multiple setups, shifted axis's, tried it with and without modifiers and changes tons of settings as well as tested it with multiple versions of blender, but in the end, the left side of the cloth acts as it should, "perfectly", but the right side goes through the mesh and sometimes wraps around itself oddly. This seems to happen no matter what, to the side of the mesh that's on the right side of the blender's central axis. I've attached a screenshot of the effect and the blend file. 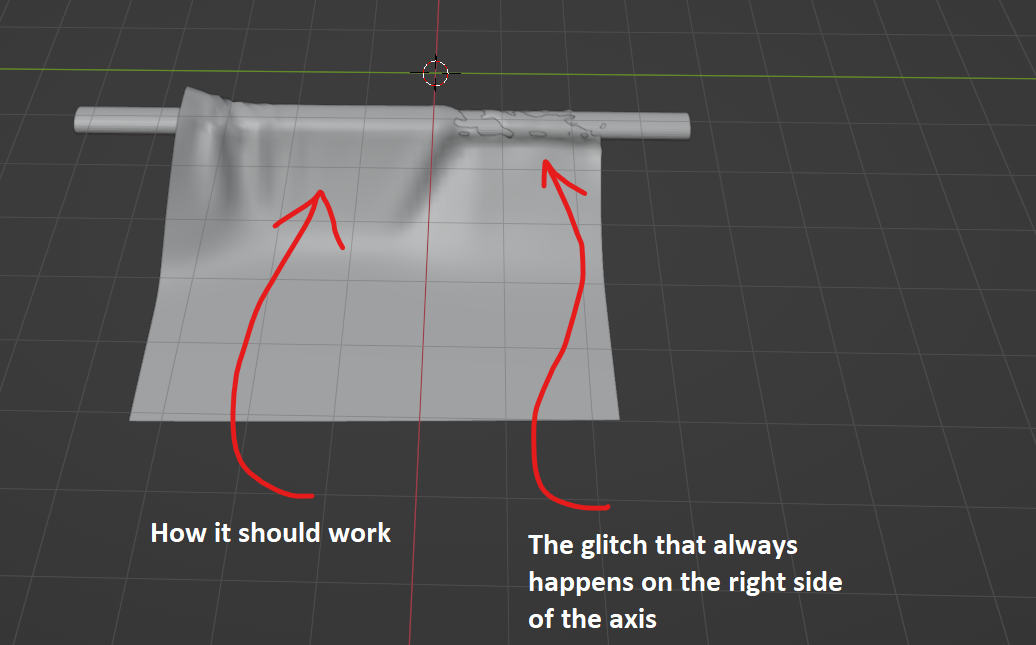 I also got this problem because I didn't give it scale. (apply scale)

here the solved file. check it out. you must delete your bakes.