Passing a curve into a GeoNode group?

I have a Curve object which I would like to use as a base curve for a GeoNode group; essentially using an existing curve with the curve nodes. This feels like it should be a pretty common situation: wanting to use an existing curve as opposed to the basic primitives, but it seems impossible?

From what I can tell, when a curve is passed to the node group it is converted into a mesh:

One possible solution would be the use of the Mesh to Curve node, but that results in both quality loss and a curve that might as well just be a mesh (made of straight lines):

I can't even use Object Info to do this, it also converts the curve to a mesh 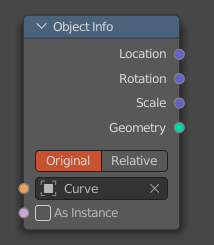 So, is there any way of doing this; using a pre-made curve with geonodes?

Blender's curve objects are a little confusing, because they really consist of two different things, depending on when you evaluate them. They begin as one or more splines. Then, various properties of the curve turn them into mesh: bevel, extrusion, modifiers that are not set to act on the spline, and, in your case, being set as a filled 2D curve. All of these are properties that don't really make sense in a pure spline sense-- they make sense only as ways to turn a spline, which is just a line, into a mesh, a 3D collection of faces.

We can tell GN we don't want it do that very easily, by setting the curve to 3D in properties/object data/shape: 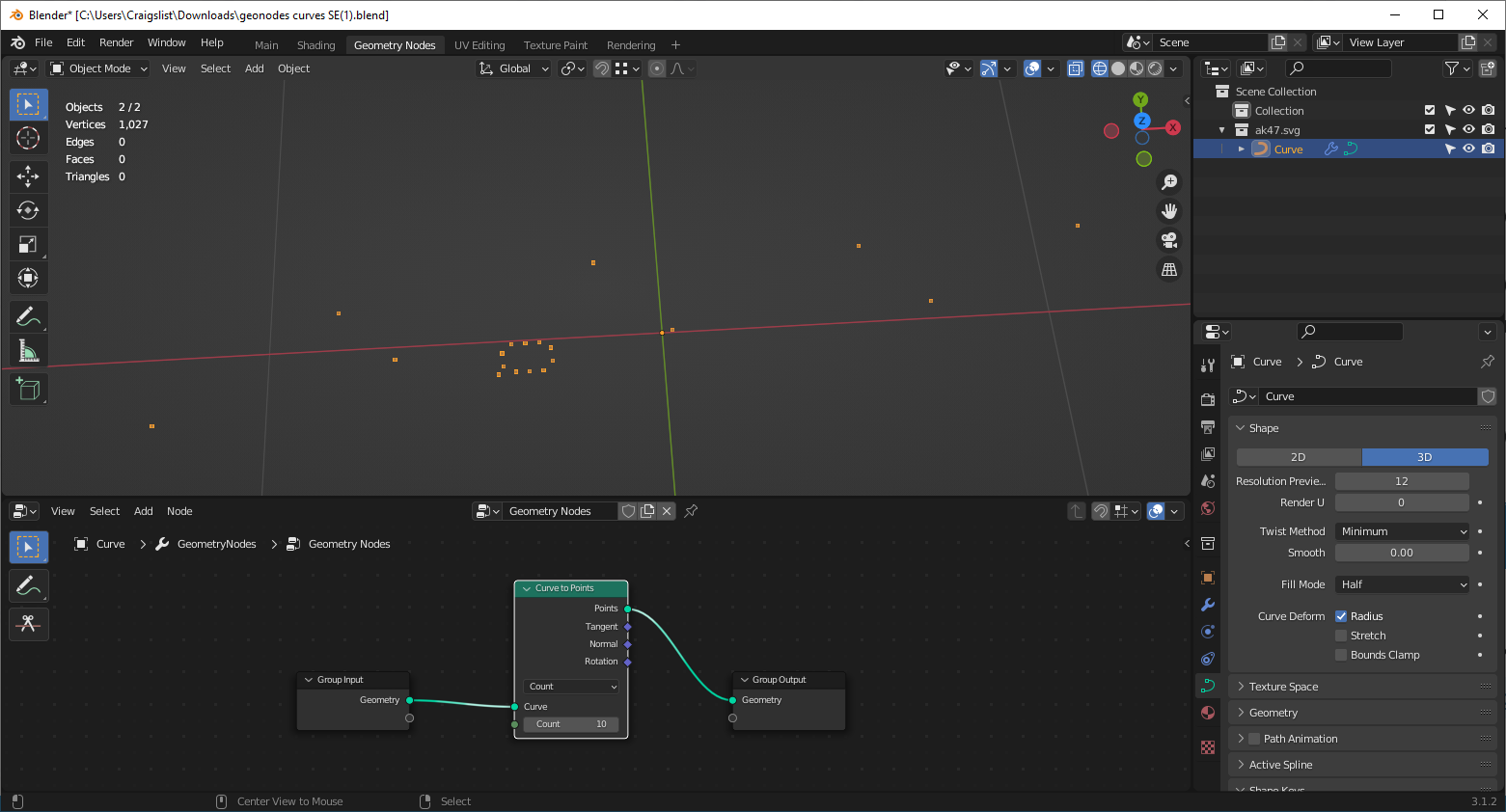 We can see now that there is no warning on our curve to points node, and that points are being generated along our curve.

Not the answer you're looking for? Browse other questions tagged node-editor bezier-curves geometry-nodes or ask your own question.

2
Geometry Node Curve to Mesh is not working
3
Make a tube shaped like a curve
2
Geometry Nodes - How to change points density along curves, if curves are instances?
1
Apply Transform Curve to Mesh Geometry nodes
2
In Geonodes, combining any 2 arbitrary closed curve to form a filled mesh between the two curves
1
how to remove original points from resample curve
3
Turning curve into mesh in geometry nodes
4
Geometry Nodes - Solving Uneven Profile Curve Thickness with Mesh Extrusions?